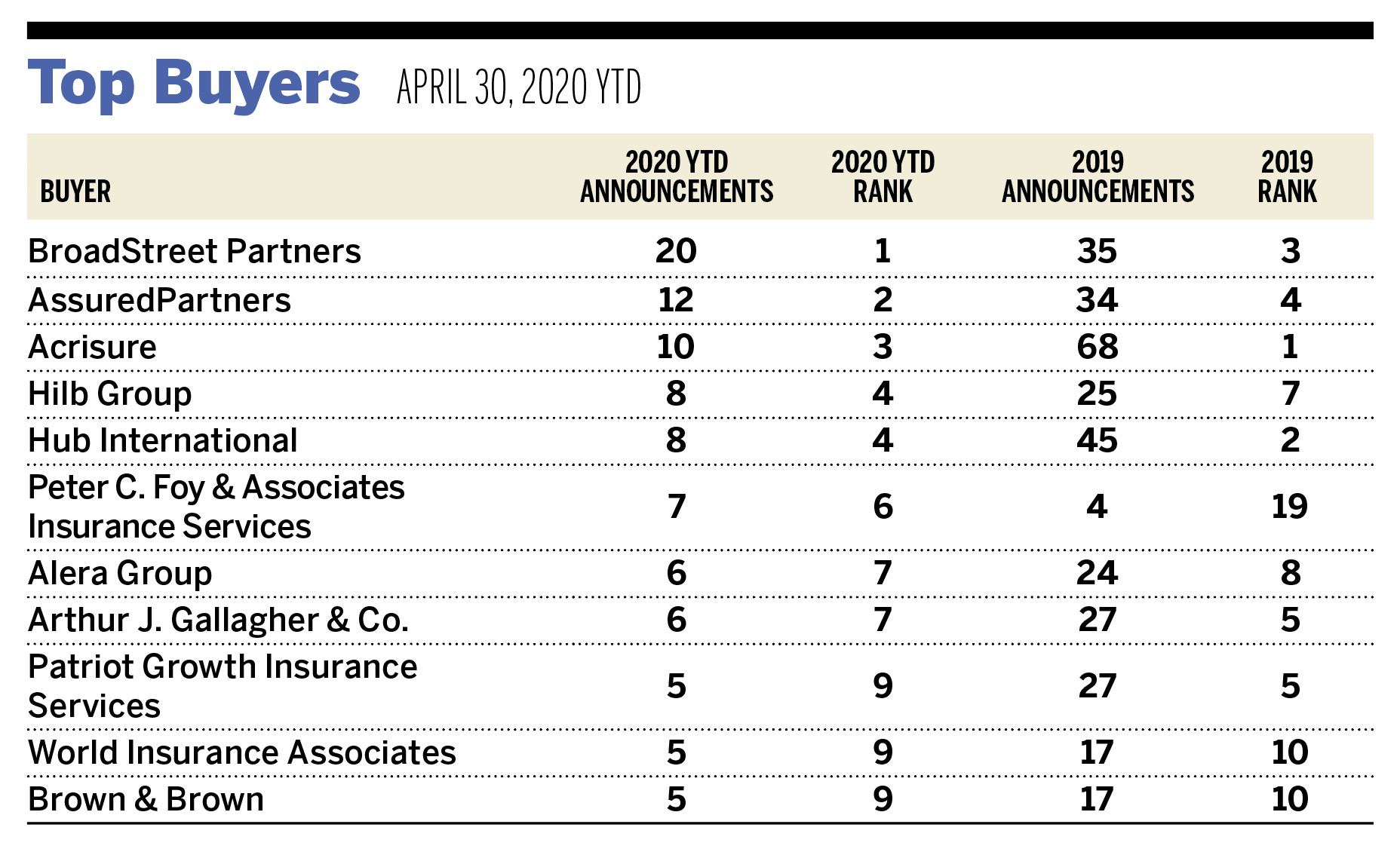 As of April 30, there have been 163 merger and acquisition transactions announced in the United States.

The total number of deals is down 31% compared to this time in 2019. As stated in previous updates, January 2019 was abnormally active, more than doubling the historical average for the month (93 announced deals compared to the 2006-2020 average of 40 deals in January).

The current activity is only a 10% decrease compared to the same time period in 2018 and 2017 and has been more active compared to 2016 and 2015 (a 7% and 4% increase, respectively). We also anticipate a slight uptick in announced transactions in May, as a number of deals are expected to close that were originally slated to transact in April but were delayed.

Private-equity backed firms continue to lead the charge on deal activity, closing 98 of the 163 (60.1%) announced transactions as of April.

Private-equity backed firms continue to lead the charge on deal activity, closing 98 of the 163 (60.1%) announced transactions as of April. Although there has been a slight reduction in the total number of deals in 2020, this buyer segment has maintained a virtually identical portion of the overall deal count (60.3% in 2019). Additionally, independent firms accounted for 34 of the 163 (20.9%) announced agreements. This is a slight reduction when compared to the segment’s three-year average (22.6%) across 2017, 2018 and 2019.

We believe the majority of upcoming volume will be focused on smaller deals (non-top-100 brokerages). However, since the pandemic has begun, there have been at least four large transactions announced.