The cost of money is increasing, and buyers may require sellers to bear some of that burden through reduced valuations.
By Phil Trem Posted on May 31, 2022 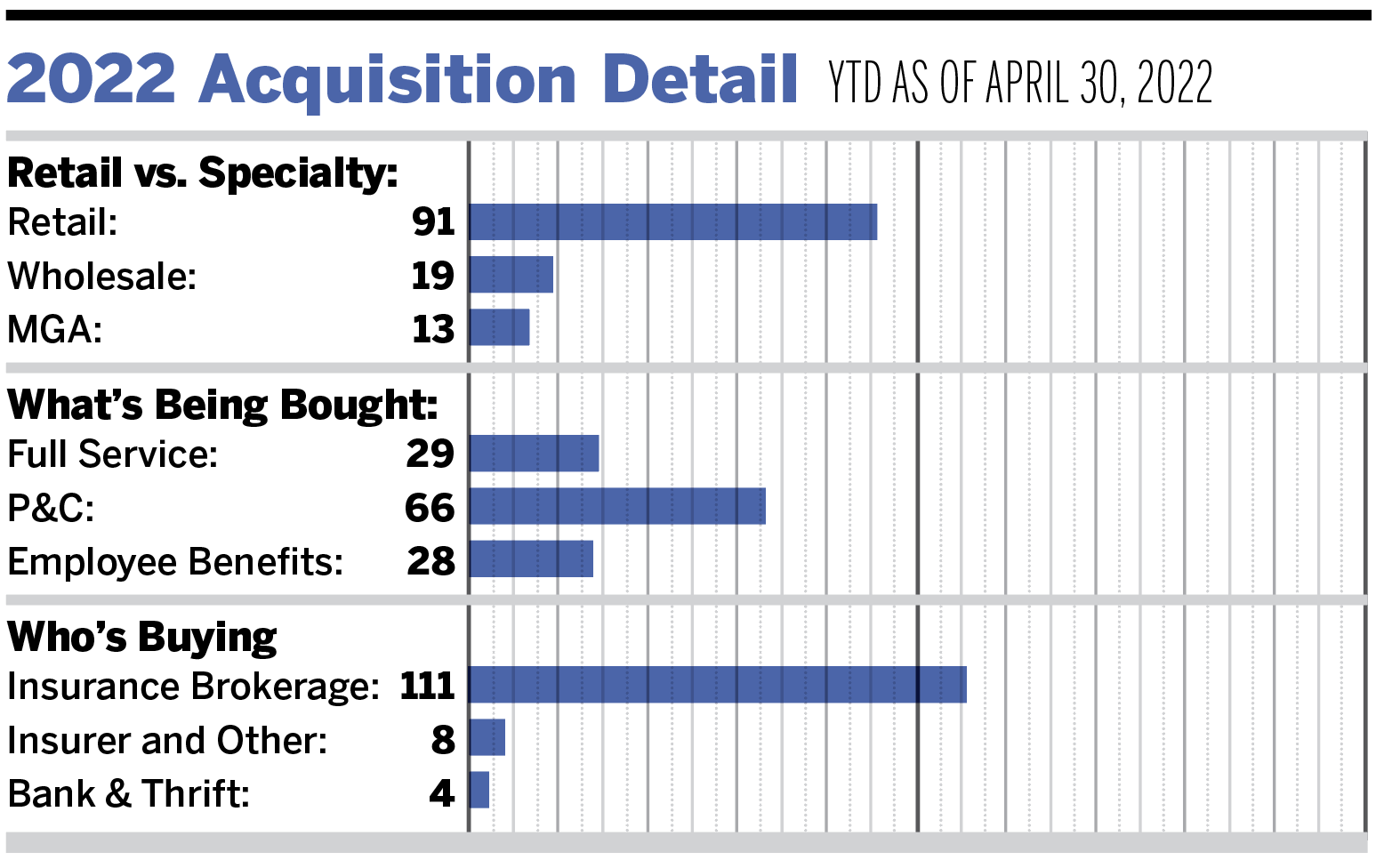 The world around us continues to evolve at a rapid pace. Many are still searching for solid ground as we move through the post-pandemic world.

There is unrest globally, inflation is impacting all Americans, and the Federal Reserve is raising interest rates in an effort to slow down the economy. Higher interest rates drive higher borrowing costs, which eventually leads to less consumer spending. This, theoretically, will help curb the increasing costs across the country. The higher rates will also mean higher borrowing costs for the buyers in the insurance distribution space. But will higher borrowing rates slow down the pace of M&A in our space? It really depends on what period you are comparing the results to.

We expect a very active M&A environment in insurance distribution for years to come. Many firms still lack a viable perpetuation plan (although it is not too late), and buyers remain flush with capital to continue an aggressive acquisition strategy. However, will the increase in costs tempt buyers to pass that expense down to sellers and effectively lower valuations? It is certainly possible, but there remains more demand than supply and the demand may offset buyers’ desire to lower pricing. If they are not aggressive, will they still remain competitive? We will continue to keep a close eye on it.

As of April 30, 2022, there have been 123 announced merger or acquisition transactions in the United States. While the first four months of the year represent an 85% decrease compared to 2021, deal activity and retroactive announcements are anticipated to pick up and shorten this gap.

However, will the increase in costs tempt buyers to pass that expense down to sellers and effectively lower valuations?

Private-capital backed buyers accounted for 92 of the 123 transactions (74.8%) through April, which is consistent with the proportion of announced transactions that we observed in 2021. Total deals by these buyers have increased at a compound annual growth rate of 26.9% since 2018. Announced transactions by independent agencies continued to decline in 2022. On average, 23.1% of deals were completed by independent agencies from 2018 to 2021 compared to 8.1% in 2022 so far. High valuations and availability of capital could be two of the main drivers for this section of buyers’ decline in deal activity.

The portion of deals involving specialty distributors has also continued to increase year over year, accounting for 26% of total deals in 2022 compared to 22.8% in 2021. As more and more traditional retail brokerages continue to establish and expand specialty practices, we anticipate this trend to continue.

Strong deal activity from the marketplace’s most active acquirers has remained constant to begin 2022. Ten buyers accounted for 53.7% of all announced transactions observed, while the top three accounted for 22.8% of the 123 total transactions.

A few notable transactions announced over the past few months include: