Charting the Course for Health Insurance Exchanges
By Mike Turpin Posted on February 1, 2016 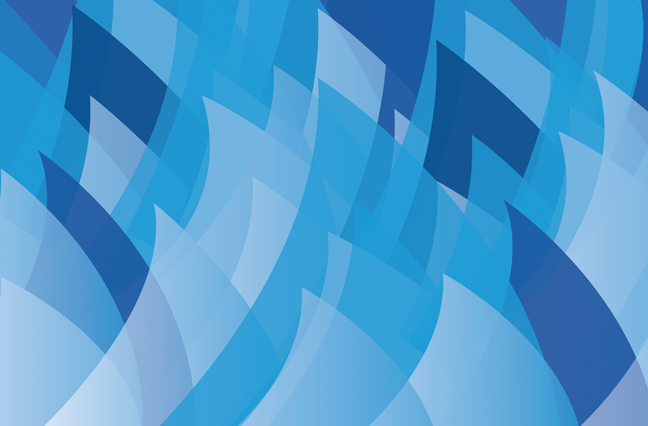 “The pessimist complains about the wind; the optimist expects it to change; the realist adjusts the sails.” —William Arthur Ward

Less than two years later, the exchanges are taking on water.

In November, United Healthcare lowered earnings projections, a move driven primarily by its hesitancy to commit to enrolling new exchange members until risks are better understood. While other insurers were quick to reassure investors that the public exchange market remains a viable means for organic growth, a low-pressure system of doubt is already building over the nascent public exchanges.

Initial enrollment projections for 2016 are fewer than 10 million members—about half of the 20 million target estimated by the Congressional Budget Office. In their rush to expand coverage to the uninsured and underinsured, many public officials and industry neophytes failed to consult with those who have firsthand experience with the difficulties of underwriting those who are obtaining insurance for the first time.

The rush to participate in public exchanges has launched a flotilla of inexperienced players all seeking to get a piece of what many have described as a $300 billion premium opportunity. The reassurance of a functional distribution system of consumer purchasing portals, reinsurance dollars to hedge against adverse selection and penalties for failure to purchase insurance seemed to signal a sure thing. Public exchanges would foster new competition, prune excessive insurer margins and eliminate self-serving industry practices that have left an ever expanding number of Americans uninsured—many of whom were working for small businesses that simply could not afford to cover employees.

It is indeed an irrational time. Consider Oscar Health Insurance, a commercial and public exchange insurer with a market cap exceeding $1.5 billion. While Oscar lost close to $30 million in 2014 and has only 40,000 members, it boasts a valuation multiple above the nation’s largest insurers. It seems that investors want desperately to believe that healthcare is ripe for transformational disruption—think self-service health apps that can capture the hearts and minds of millennials and Gen Xers.

While these are innovative, consumer-friendly solutions, most of their target consumers either don’t buy insurance or don’t consume many of the services that currently drive costs (e.g., specialty drugs or hospital inpatient services for chronic conditions and other illnesses endemic to older populations). The fact is, money and resources are pouring into this newly expanded market of potential insureds, yet many of them are sick or low-income people who are less likely to engage or adopt the technology—unless it comes with a cheap policy.

Ovid once said, “The man who has experienced shipwreck shudders even at a calm sea.” Indeed, national insurers who still bore the scars of past expansion experiments were nervous about the exchanges. They counseled caution and slow going, even as newcomers eagerly entered the marketplace, casting aside these warnings—and 20,000 pages of unread legislation.

Many were buoyed by reassurances from the U.S. Department of Health and Human Services that any losses arising from adverse selection and uneven enrollment would be reimbursed by the 3Rs—risk adjustment, reinsurance and risk corridors.

But they underestimated the complexities and unintended consequences associated with administering and enrolling an entire segment of our society that had not been participating in commercial or public health insurance systems.The actuarial results in 2014 were sobering—more than $2.5 billion in losses against a paltry $300 million in excess profits. As of November 2015, Health and Human Services can refund only 12% of the 2014 losses to underperforming plans. And an increasing number of new entrant co-op healthcare plans are in bankruptcy or in dire financial straits.

So what went wrong?

Both the federal and state-based exchanges were immediately riddled with administrative hassles and consumer access problems. The embarrassing miscues and failures of healthcare.gov were ameliorated only when federal officials turned to industry-based specialists at Optum to assist them in repairing their flawed technology and process. In that same period of time, we have witnessed spectacular failures in more than half of the state-run exchanges.

We have also seen a marked increase in public exchange health premiums—in some cases well above the 10% increase benchmark that HHS established as “egregious.” These price increases discourage reenrollments. In fact, the largest public exchange participant, Anthem, recently reported an 8% decline in 2016 reenrollments. In a market driven by two simple axioms—affordability and access—many have failed.

One wonders if the architects of the S.S. Affordable Care Act have ever left shore. Few seem to understand traditional commercial underwriting or the volatility wrought by such a highly regulated file-and-approve rating process. File-and-approve pricing requires insurers to submit rates for approval well ahead of effective dates of coverage—often with little visibility of the risk attributable to the members currently enrolled.

The man who has experienced shipwreck shudders even at a calm sea.
Ovid, Roman poet, first century B.C.

Under the law, the actual time lag between when a carrier sets an annual premium for a specific product and the period in which claims reveal the true underlying risk is hopelessly out of step. Exchange insurers have essentially less than one month to assess the risk profile for their Jan. 1, 2015, enrollees before submitting 2016 rates for approval. To quote one insurance CEO, “ACA regs put you two years out of sync with the reality of the economics of the business.”

Insurers must now either build in excessive margins to hedge against adverse selection, which leads to less competitive premiums, or take the risk and hope the reinsurance pools and risk corridors will make them whole.

Carolina Journal Online recently reported: “Health insurers across the country are experiencing massive losses despite healthy inflows of federal cash. The scope of the problem varies by state. But the problem is essentially national. It stems from the very architecture of the ACA, which offers too heavy a subsidy for some customers and then attempts to spread that cost over too narrow a set of other ones.”

As if the legislation is not difficult enough to manage, Health and Human Services is violating basic rules of risk selection for the sake of garnering maximum membership. The agency is allowing applicants to apply after open enrollment periods have concluded, which is tantamount to allowing people with houses on fire to purchase property coverage. Insurers have determined that the loss ratio on “special enrollment” membership is a full 15 points worse than the traditional open enrollment risk pools.

Take, for example, the state of New York. When it established its minimum loss ratio of 75% for small business, it promised to use the excesses of those insurers that achieved lower loss ratios to reimburse insurers who lost money. Aside from the obvious misguided incentives this created for some insurers to under-price, it quickly resulted in few carriers actually experiencing medical loss ratios below 75%. The state quickly determined there would not be enough excess premiums available to compensate those who experienced higher loss ratios—leading to industry exits and higher rate increases.

Future attempts to cover New York’s uninsured occurred through Healthy NY, which offers comprehensive health insurance to small businesses. But even though it was supported by risk corridors and risk reimbursement, Healthy NY failed to offset losses incurred by underperforming insurers. And in some cases, the losses did not come from bad risk selection.

The law also provides a misguided incentive for new entrants to compete without adequately resolving obvious shortcomings, such as inferior network discount contracts with providers, limited medical management and, in some cases, aggressive pricing to win new members. When these firms finally sobered to the fact they would not be made whole for losses, that there were no excess dollars available to pay them, these same insurers either failed or left the market.

More than one third of individuals expected to enroll in the Exchange have gone more than two years without a checkup.
The Kaiser Foundation

The Affordable Care Act uses risk adjustment, risk corridors and reinsurance to help insurers weather the first few years of uncertain demand arising out of newly covered uninsureds. The risk corridor program, which expires in December 2016, is failing. According to one industry observer, “The legislation suggests that HHS will try to make these insurers whole, (yet) a conservative Congress is not likely to appropriate more dollars to prop up underperforming insurers. The result would be catastrophic, as it would prevent the natural selection of a free market from eliminating its poorest performers.”

The observer went on: “Despite administration claims that incoming payments from profitable insurers would cover losses from unprofitable ones, the risk corridor program shortfall exceeded $2.5 billion in 2014. Insurers with lower-than-anticipated claims owed about $360 million, and insurers with higher-than-anticipated claims requested about $2.9 billion from the program.”

Failed pricing is now manifesting itself in 2016 exchange pricing. Consider a sampling of the following states:

The Kaiser Foundation estimates that “65% of individuals expected to purchase health insurance through the Exchange, transition from being uninsured…. (More than) one third of individuals expected to enroll in the Exchange have gone more than two years without a checkup (37%), nearly two in five did not have a usual source of care (39%), and more than a quarter had no interaction with the healthcare delivery system during the year at all (29%). The findings on access barriers indicate … these Exchange enrollees may have a large pent-up need for medical care once they gain insurance. It will be important to monitor whether individuals who gain insurance coverage through the Exchanges continue to have difficulty accessing care and whether there are adequate primary care providers to address their healthcare needs.”

Despite federal and state reports that suggest there is an adequate demographic spread of young, middle-aged and older Americans accessing care, adverse selection will continue to reign supreme. It’s logical to assume those who sign up for care are more likely to consume it than those who choose to pay a penalty. With less than one quarter of the target uninsured population likely to sign up, a fiscal storm is brewing.

Beginning of the End?

The concerns over the viability of public exchanges are real and legitimate. Insurance underperformance, the government’s commitment to make losing parties whole, dramatic spikes in healthcare costs (such as those for specialty drugs) and the potential for Congress to repeal the Cadillac tax provision, which was expected to raise up to $120 billion over 10 years, are bringing to bear the full weight of the legislation. And we fear the ship is sinking.

As far as exchanges go, we could be in a temporary period of enrollment attrition and risk pool deterioration. And this expansion experiment may not be salvaged without more congressional funding and enabling intervention. If that is the case, Congressional Budget Office estimates of a $140 billion surplus in 10 years will be obliterated, and yet another entitlement program will further accelerate our deficit and rising public debt.

But the news is not all bad. Survival is possible on the public exchanges, but it will take stamina to weather early storms and execute across a wide range of stakeholders. Anyone taking risk must have the following:

But perhaps the most important attributes of anyone playing the exchange game are emotional intelligence and the ability to achieve a collaborative culture across stakeholders often working at cross purposes. Healthcare delivery is fundamentally changing, and this type of transformation requires a strong and united crew to succeed.

Health+Benefits David Axelrod
On the future of the ACA, prescription drugs, pollsters, and...

Health+Benefits The Compounding Business
Q&A with Tara Thompson, Pharmacist and Vice President of Cli...
I think the idea that so many of us are using compounding now is flipping the switch to make it a viable option for patients.
Health+Benefits Compounding Cost Savings