Parametrics as a Service 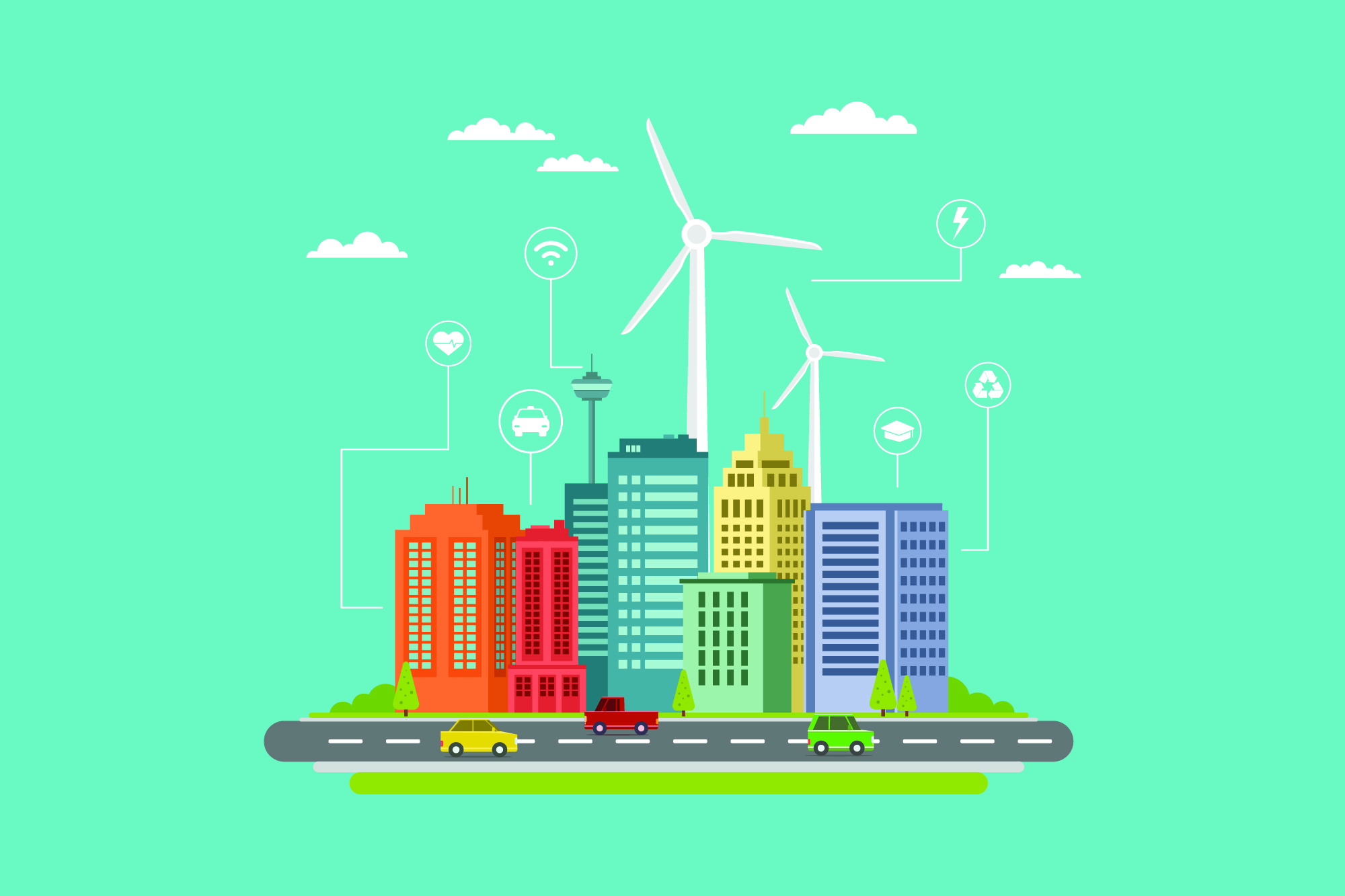 Machine Cover works with its clients to offer parametric insurance products by delivering the technology and services needed to develop, sell and service these products. We sat down with its founder and CEO to discuss the role of parametrics in insuring against new and emerging threats.

Q
What problems with business interruption insurance has the pandemic highlighted?
A

Every business has been blindsided, and they are all inevitably thinking about how one obtains redress in circumstances such as those that we now find ourselves in. My general answer is that, before this whole COVID-19 thing came along, business interruption insurance essentially covered circumstances such as a fire or flood in my building and I’m unable to do business and therefore you, Mr. Insurer, ought to pay me.

Needless to say, these products had excluded wars and terrorism, pandemics and that sort of thing, meteor strikes, things that are completely external to one’s human experience. For normal business interruption coverage, it’s not unreasonable.

Today however, if I were the risk manager of any company, I would inevitably not only want to insure against the sorts of things I used to insure against but also would raise the issue of how to compensate for the newly emerged sorts of problems that face entities of all shapes and sizes.

Pre-COVID, this whole issue of pandemics, etc., was more or less irrelevant to the extent that risk managers weren’t concerned—it never occurred to them—nor did any insurer seek to meet a non-existent demand. However, when the time comes to renew commercial policies… I would be astounded if every risk manager does not ask, how can we be covered the next time we are struck by a pandemic or something like that? Machine Cover’s offering is a way to respond with something other than, “It’s not insurable or we’ve excluded that possibility.” Instead, insurers can say to their clients that if you’re willing to spend some extra money you can also purchase this non-damage business interruption offering.

Q
Why are current insurance products inadequate?
A
They essentially fall short in that they do not address the types of calamities that might be exemplified by pandemics, except to the extent of excluding them. That is protective of the carrier, or the risk bearer, but doesn’t meet the business needs of people. One might argue that, in the traditional indemnity scheme of things, a peril like a pandemic is simply uninsurable.
Q
How does parametric insurance make that insurable?
A

We went about that in a somewhat different way than in conventional insurance. We said to ourselves that the issue with a pandemic or anything of that nature insofar as it affects a company isn’t the pandemic itself; it is the economic effects, the loss of revenue when the customers don’t show up, the loss of staff if they fall ill, the ongoing expenses such as rent and payroll and so on. If we were to observe an external measure that objectively stated that things are not what they ought to be normally, that could be a trigger for a pandemic parametric.

To give you an example, let’s say you have a nail salon or a car dealership. We would look at an index of economic activity within a circle of say a kilometer around that location. Let’s pretend we’re looking at traffic on Google Maps and, on a normal day, between 4,000 and 6,000 vehicles pass through that area. If on a given day, that number drops to 500, then clearly something is going on. What that is may not be clear. It may be a factory closure, it might be something else, but the fact is that (a) it’s not your doing and (b) you’re going to be severely adversely affected if the total volume of activity falls sharply.

If I were able to observe an objective measure that indicated the level of activity around your location, if 100 means normal and it falls to 20 or below, then my contract with you calls for a payment of $5,000 or $10,000 or whatever to you. That’s a perfect example of a parametric solution to this problem which isn’t addressable by indemnity means.

Q
What would the triggers be for pandemic business interruption?
A
We’re deliberately citing the vehicular traffic from Google Maps precisely because we don’t use that. It’s a good stand-in though, because it’s a way for us to say that you can measure it every day, you get a specific number, that number is very precise, and neither you nor I are able to influence that number in any consequential way. There are in fact several triggers that behave in this way.
Q
What are the challenges of developing parametric products?
A

We went about it in a different way than we might have if we’d had a particular parametric in mind to begin with. For instance, there are companies that have offerings for earthquakes. If I wanted to bring to market a parametric for earthquakes, what I might say is that, if there is an earthquake intensity more than X within Y miles of your house, then I will pay you Z. This has nothing whatsoever to do with whether the roof collapsed. The intensity of the earthquake and its epicenter are public knowledge, so here’s your payment. The problem with doing that sort of thing is that you not only need to be an expert on earthquakes but you also have to create a whole mass of technology to be able to define, analyze, sell and service your earthquake parametric. No matter what parametric you offer, you essentially have to solve the same set of technical problems every time.

We chose to go after those common technical problems first and thereby allow you and your domain experts in earthquakes or whatever it is, to simply license the technology from us and make your job immeasurably easier.

Q
How does technology change that equation?
A
Principally, the fact that cloud computing is available at an extremely low cost. You can do vast amounts of computing for next to nothing. For example, Amazon offers machine learning as a service. I can take vast amounts of data about whatever parametric I want to analyze, and I can run it through Amazon’s machine learning software on Amazon’s hardware and do the whole thing at a nominal price. If these services weren’t available, I’m sure this would be an economically irrational thing to do.
Q
Where is your technology being used?
A

I can cite three offerings apart from the ones that are under NDA. The ones I can talk about are what we call Storm-Lock, Delay-Lock and Web-Lock.

Very briefly, the Storm-Lock product takes advantage of the fact that the U.S. has nearly 2,200 weather stations that measure a variety of things, including wind speed. If the wind near your house exceeds a certain speed, let’s say 100 mph, then Storm-Lock would pay you a certain amount of money. The point is not to replace homeowners insurance or commercial property insurance but rather to address issues it does not address—for example, it rips up trees, it destroys the daycare center, it causes leaks, and none of these are covered by conventional insurance because your property itself isn’t damaged. If you suddenly have to cough up five or ten thousand bucks out of pocket, it’s sensible to get something like this and pay let’s say eight bucks a month, rather than suddenly have to cough up thousands.

Delay-Lock—if you take a flight, there is some probability of that flight being delayed. We have analyzed about 200 million flights in the U.S. since about 1989, and we have a pretty good idea of delay probabilities based on weather, airline, season, origin, destination, aircraft, time of day, and so on. Delay-Lock basically says, “You bought a ticket for a flight. If that flight arrives N+ hours late, I refund the ticket. I don’t need you to file a claim, I don’t need you to do anything, because I already know your flight was delayed.”

Web-Lock is the same idea. There are about 31 million websites in the U.S., and the relevant business owner for the most part just wants it to run normally. We monitor all 31 million websites every few minutes to see if they are impaired or not. If a website is impaired, it may be for myriad reasons. Web-Lock says that if your (normally well functioning) website is impaired for some reason for 24+ hours I’ll pay you X. As with all parametrics, what you do with that money is up to you.

Q
It’s essentially parametric as a service?
A
Yes. For example, if someone were to license the pandemic product, they wouldn’t actually have to do anything, because everything—the product definition, the sale, the service, paying parametrics that have triggered—we would take care of. The party licensing the platform is responsible for three things: regulatory filing (as needed), capacity and distribution.
Michael Fitzpatrick Technology Editor Read More
See More: Artificial Intelligence Business Interruption Emerging Technology Natural Catastrophe Parametrics
1
P&C The Next Asbestos
2
P&C Fraud, Crimes of Opportunity Lead Risk Outlook for 2023
3
P&C Space Litter