Too Big to Fail?

Will the bubble burst or is the M&A frenzy with high multiples, generous valuations and endless activity the new normal?
Sponsored by MarshBerry Posted on March 29, 2019 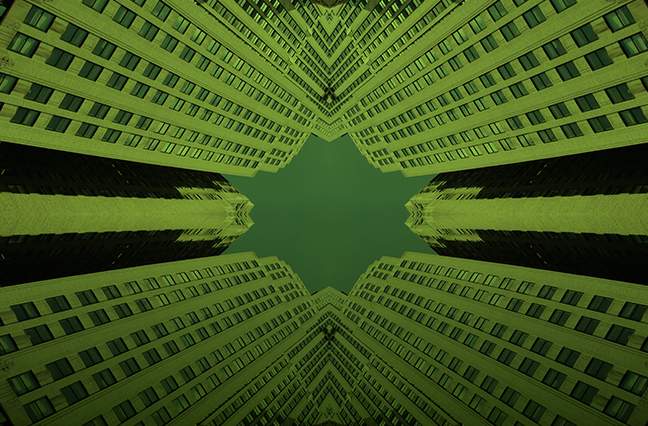 When will the bubble burst?

This question has been hanging over the last few years’ M&A frenzy like a drone, watching—waiting for signs of a potential crash. Most of us in the insurance industry have at some point blinked and wondered if all this activity is too good to be true. Can these multiples really stick? (They have so far.) Will valuations continue to break records? (They are.) Will private equity continue to invest billions of dollars into insurance distribution? (It looks that way.)

We keep watching and waiting. But M&A transactions grow every year. And, companies we never expected to sell are doing just that.

The activity we’ve seen with low credit cost, high credit availability, private equity investment and impressive multiples seems like a perfect storm. Will the bubble burst as it did with the subprime mortgage and housing market, resulting in the subsequent collapse of market giants (Lehman Brothers) a decade ago? Is this high we’re riding going to nose-dive into the ultimate low? Is the deal pricing irresponsible?

Or, consider the fact that the insurance industry might have been undervalued for years—and private equity could continue to invest because of all the benefits that insurance brokerages know this industry offers: recurring revenue, resiliency in tough economic conditions and predictable returns.

Perhaps this “bubble” is really our new normal.

Betting Against the M&A Frenzy?

The reason we have been wondering about this so-called M&A bubble since about five years ago when activity began to pick up tremendously is probably because it hasn’t been too long since the economic collapse a little over a decade ago. We’re still predisposed to skepticism and caution when we see a market booming like insurance M&A has been recently.

What did we learn from this economic demise?

Lehman Brothers proved that even a very successful company—and in this case, a significant investment bank—can be on top of the world one year and bankrupt the next. From 2004 to 2006, Lehman Brothers’ real estate business made the firm one of the fastest-growing investment banking and asset management businesses. In 2007, it reported $19.3 billion in revenues and $4.2 billion net income. Record numbers. In 2007, Fortune magazine named Lehman Brothers the No. 1 “most admired securities firm.” That was just a year before it went bankrupt, in September 2008. In the end, Lehman Brothers—Mr. Big—was not too big to fail.

The movie The Big Short tells the true story of a group of investors who bet against the U.S. mortgage market after discovering through research how flawed and corrupt the market was. There are some people who are betting against what we’re seeing today in the insurance industry because of the incredibly high multiples, activity levels, and leverage ratios of the acquirers.

Too Sustainable to Fail

Some are saying that the current market is over-valued, and there are questions as to whether we could be getting ourselves into a similar economic situation as in 2008. Considering the flood of M&A activity and pricing we’ve seen in the insurance industry, it’s realistic to wonder if history could repeat itself—and this time, impact the insurance industry and players that seem “too big to fail.”

But a closer look at then versus now shows some stark differences. At the time of this writing, employment numbers are significantly better than they were 10 years ago, with a current unemployment rate of around 3.7%. The stock market is strong. Demand in the housing market is steady because of the healthy economy and robust labor market. So, the overall economic environment is not a mirror image of 2007-08.

There are some people who are betting against what we’re seeing today in the insurance industry because of the incredibly high multiples, activity levels, and leverage ratios of the acquirers.

But what about the multiples, the valuations, the prices that private equity and insurance brokerage buyers are willing to pay to acquire firms? Is there financial engineering in the works—is this pricing irresponsible?

So, back to that bubble. Will the insurance valuation and investment high we’ve been seeing lately ultimately result in a bust? The concern at a high level is that buyers in the marketplace are paying so much money and layering on so much debt that if the credit markets freeze and the economy stalls, there may be no more debt to have—and ultimately, the heavily leveraged brokers could fail. But here’s why we believe this is not likely to happen in the insurance industry. Say Agency ABC had 7x leverage on their balance sheet couldn’t borrow another dime to make more acquisitions or restructure their debt. The staunch reality is that they could do no more acquisitions and survive (or even thrive) as a viable business. Why?

Assume they hold on to approximately 90% of their business every year because of recurring revenue. The cash flows of an insurance agency are typically so strong that Agency ABC would still likely be able to pay down or pay off its debt in seven to ten years depending on their organic growth. Is this perfect? Of course not. Will the investors get a strong return? Probably not. Does it mean sellers would see less buyer appetite and lower valuations? Most likely. But it’s nowhere close to needing a bailout. Not by a long shot. Given strong profitability and recurring income, even a total “failure” is not going to completely take down a business that is strong, high-performing and running soundly.  This industry is not like automobiles and homes where individuals can forgo a purchase or significantly downsize during an economically stressful time.

Now, an insurance business certainly can fail. If an owner runs the operation like a lifestyle business, does not invest in developing talent or technology, ignores complacent producers, has a “why fix what isn’t broken” mentality, and struggles with profitability, then yes, it could fail. This insurance business could fail in the sense that it will not perpetuate, or its business will be vulnerable to competition. It’s not sustainable.

But as for an actual bubble burst, that’s not something we expect to happen, even with the continuing record M&A activity, including last year’s 580+ transactions.

Last year’s M&A activity was the strongest yet in terms of the number of deals closed, and the size of those deals. Insurance business owners are asking themselves, “Should I sell now?” They’ve seen plenty of owners cash out with multiples those businesses would never have realized three years ago. Even average companies are getting higher valuations than the high-quality firms got in 2015. This dynamic is why some are wondering how long this activity will last—and how bad the industry will suffer if large firms that may be aggressively leveraged flop. (But back to our previous example, the fail may look more like a foul, followed by a rebound.)

Perhaps what we’re really seeing in this dynamic marketplace is a sustainable valuation adjustment as investors recognize the potential and stability of insurance businesses.

Perhaps what we’re really seeing in this dynamic marketplace is a sustainable valuation adjustment as investors recognize the potential and stability of insurance businesses. They want some skin in the game. And, because of our industry’s cash flow model, conservative approach to risk, and dependable revenues, these investors know they’ll see returns. We’re not selling subprime loans here.

Rather than the proverbial bubble, what we very well could be experiencing is the new normal.

We don’t have a crystal ball and we are not sure what the canary in the coal mine is to signal a turn in the market. Here is what we do know. Valuations and deal activity are currently at their highest levels on record for the industry.

In the first two months of 2019, we have seen six top 100 brokers announce transactions:

These transactions are likely just the tip of the iceberg for more large deals in 2019.  Activity in the first few months continue to trend at the same levels of 2018.  If early activity is an indication, the year could be another record setter.

Rather than the proverbial bubble, what we very well could be experiencing is the new normal.

As the economy remains strong, we expect valuations to continue at their current levels.  It is possible that the economy may very well be the trigger we need to keep an eye on.  Taxes or interest rates are often talked about as possible reasons for valuations to faulter.  But the economy could be the most important influencer on our current good fortunes.  As the economy continues to grow, acquirers are valuing businesses based upon their forward looking profit as opposed to the prior 12 months’ actual performance.  There is a predictability in the growth that allows for more aggressive buyer behavior, and it’s likely to sustain at least through 2019.

Beyond 2019, we need to keep a close watch on economists and their predictions for the next recession.  More money will likely continue to flow into the distribution space and demand should remain strong.  If economic growth slows, demand may be able to keep activities and valuations high.  However there is no way to predict how the buyers will react to slowing growth.  It is hard to say where we will be 24 months from now but the next 12 look like much more of the same.