What’s next for your clients? Conflicting state and federal laws turn sex marriage benefits into a quagmire.
By Russ Banham Posted on November 27, 2014 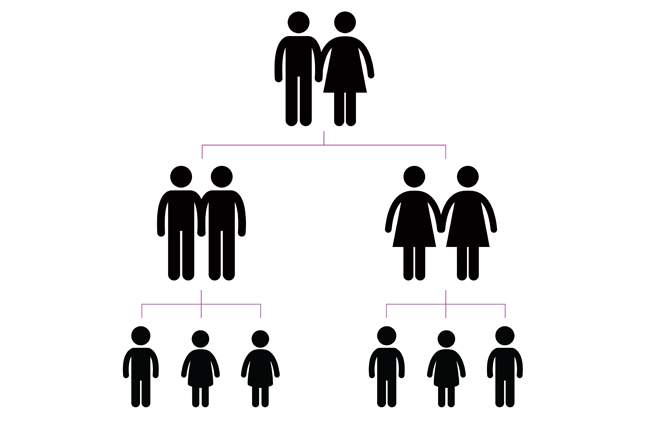 When the U.S. Supreme Court, in United States v. Windsor, struck down the Defense of Marriage Act (DOMA) as unconstitutional, it did not guarantee same-sex couples the right to marry. That right is still determined on a state-by-state basis.

And that has created one hell of a mess.

As of Aug. 31, 19 states recognize same-sex marriage while 31 have laws or constitutional amendments specifically banning such marriages. Courts have overturned the bans in 12 states, and the Supreme Court recently declined to consider appeals of some of those decisions.. Of course, not all states banning same-sex marriage have state income tax laws, making certain tax matters moot for employers and employees in these states.

To complicate matters, some states recognize civil unions and domestic partnerships, even if they involve same-sex relationships. Colorado, for example, bans same-sex marriage but recognizes civil unions. In interpreting the law, the Colorado Department of Revenue ruled that legally married same-sex Colorado couples must file their state taxes as if they were married.

Finally, one would think the Supreme Court’s ruling on same-sex marriage has resolved all issues at the federal level. Not quite. The “state of celebration rule” certainly simplifies health and welfare ERISA requirements for employers because they no longer need to track the geographic movement of employees for tax purposes. Nor do employers need to track changes in state law. Thus, if an employer dispatches a married gay employee from one state that permits same-sex marriage to another state that bans it, spousal benefits remain in place because the state where the marriage celebration took place permitted same-gender marriage.

Definition of a Mess

For multistate employers, this oft-conflicting and evolving quilt of laws has become an administrative nightmare. No matter where employers stand on same-sex marriage, they must provide spousal benefits to same-sex couples in some states but not in others—a topsy-turvy moving target that seems to be changing on a daily basis.

All employers seek compliance, simplicity and uniformity in providing group employee benefits, but these hopes remain increasingly elusive. Small wonder their insurance brokers’ employee benefits specialists are being asked to provide advice on the byzantine subject.

We have basically developed a whole subset of a practice to address the complexities of same-gender marriage, domestic partnerships and civil unions from a benefits standpoint.
Wade Symons, Mercer Regulatory Resource Group

“Every day we are asked questions,” says Wade Symons, practice leader at Mercer Regulatory Resource Group. “We have basically developed a whole subset of a practice to address the complexities of same-gender marriage, domestic partnerships and civil unions from a benefits standpoint. Our clients are extremely concerned they will get the payroll tax withholding wrong and suffer the consequences.”

Symons is far from alone on this matter. “All of our clients that are multistate have serious concerns about taxation,” says Lisa Nelson, director of compliance and regulatory affairs at Barney & Barney in New York. “They can’t find one place to get all the answers, so they come to us to help them through it.”

Jay Kirschbaum, practice leader for the national and research group in the human capital practice at Willis, echoes the same refrain. “Employers are coming to us asking what they need to know, what they have to do, and what makes sense from an administrative perspective,” Kirschbaum says.

The tax implications in the post-DOMA environment are especially challenging. At the federal level, the issue is uncomplicated: Gay married couples are treated the same as straight married couples, with each person eligible to receive certain tax-free benefits from a spouse’s employer. For an employer who pays a portion or all of the health insurance premiums of the spouse of an employee in a same-sex marriage, these costs can be excluded from federal income taxes—the same as benefits provided the spouses of heterosexual couples (think pensions and 401(k) plans). Employers must also provide HIPAA special enrollment rights and COBRA continuation coverage to the spouse of an employee in a same-sex marriage.

But the laws and rules of individual states are another matter entirely. Questions abound. What about same-sex couples who were legally married in one state but now reside in a state that does not permit same-sex marriage? Will they be considered a married couple for the latter state’s tax purposes? The answer is no.

They can’t find one place to get all the answers, so they come to us to help them through it.
Lisa Nelson, Barney & Barney

“In states like Maryland that allow same-gender marriage, one does not need to be a resident there to get married,” says Patrick Haynes Jr., ERISA general counsel and director of compliance at Crawford Advisors, an employee benefits consulting firm. “Thus, a same-gender couple living and working in Florida, which bans same-gender marriage, can travel to Maryland and be legally married. Once they return home, the marriage is recognized by the federal government but not by Florida. This creates a unique situation for the employer, which would have to treat the employee’s spouse differently for tax purposes at the federal and state levels.”

Assuming a multistate employer provides benefits to its employees, the company must determine proper state income tax withholding on a state-by-state basis. For example, if an employee in a same-sex marriage lives in a state that prohibits such unions, the employer must include the cost of health insurance coverage in the employee’s state Form W-2, even though this would be excluded from the employee’s income for federal tax purposes. Multiply this conflicting tax treatment by potentially hundreds of employees in a range of different unions across multiple states, and the administrative complexities surge.

Clients, Haynes says, are “coming in droves looking for the risk-reward, asking questions like, ‘What if we decided to provide full benefits to spouse of all employees, even if the state doesn’t permit same-gender marriage?'”

In such cases, the employer can provide the benefits, but the tax issues are complex, if not confounding. “While most states that don’t allow same-sex marriage have said same-sex spouses can’t file jointly, few states have addressed imputing income for the benefits,” says Catherine Stamm, senior associate at Mercer Regulatory Resource Group. “A few have said they will follow the federal taxation, but some have said employers need to impute the income. Most have remained silent on the issue.”

Symons says some large employers who were internally bothered by the administrative work entailed by the disparate tax treatments have decided to provide benefits to all married employees. “They’ve decided to do the taxation the correct way but will give the employee in a same-gender marriage additional income to make up the difference in the benefits cost,” he says. “Their paychecks thus look no different than employees in opposite-gender marriages. From a tax standpoint—they’re tax neutral. Obviously, these are some of the more progressive employers.”

Most of the employer clients of Molly Iacovoni, senior vice president of the health, benefits and legal practice at Aon Hewitt, have gone this route, providing equal benefits to gay and straight employees. “They were doing this even before Windsor,” Iacovoni says.

A same-gender couple living and working in Florida, which bans same-gender marriage, can travel to Maryland and be legally married. Once they return home, the marriage is recognized by the federal government but not by Florida.
Patrick Haynes Jr., Crawford Advisors

Haynes says this is a growing trend. “Some employers, once they start doing all the documentation, don’t want the headache of micromanaging this issue,” he says. “In some cases, their boards are counting pennies and don’t want to incur all the administrative costs and risk the tax penalties for getting things wrong. They wonder what the upside is in all this and simply decide to provide parity across the board.”

Simplicity seems to be the key factor in these decisions. “The easiest thing for an employer to do administratively is to recognize same-sex marriage, treating such couples the same way they treat opposite-sex couples,” Kirschbaum says. “While companies may have strong opinions one way or another, they want to be sure their benefits programs are attractive to the best employees—whoever they may be.”

Brokers to the Rescue

Crawford helps its clients address these intricate issues via a news section on its website, as well as in blogs and hosted webinars. Following the Windsor decision, the firm hosted a webinar advising clients how to reword their benefit plans by removing any references to DOMA. “You don’t want to go near that word or ‘legally married opposite sex’ language,” Haynes says. “Get that out of there and change it to simply ‘legally married.’”

Stamm is the point person at Mercer who follows the same-sex marriage issue on a day-by-day, state-by-state basis. “I do a lot of work with clients, consultants and the brokers, as my specialty is tracking state law as it relates to employee benefits and interacts with federal law,” she says. In this regard, she has signed up to receive input from each state legislature on the subject, as well as from various LGBT advocacy groups following the subject closely, for obvious reasons.

Her job is not for the fainthearted. Each time a new iteration in the law is announced, Stamm dives in to interpret the significance for employee benefits. “There are all sorts of ongoing legislative challenges and various appeals circulating in the courts,” she says.

Down the line, the conflicting rules are likely to ease a bit as more states legalize same-sex marriages. For the time being, a multistate employer in the Northeast has no worries from an administrative or tax standpoint, as all states in the region permit same-sex marriage. The same goes for blocks of states in the South, where the opposite rule of law is in effect.

With regard to complete parity, only the Supreme Court can level the landscape. Says Nelson, “If one of these cases circulating in the appeals courts makes it way to the Supreme Court, that could potentially alter the paradigm, one way or the other.”

Industry Meet the Newest Industry Talent
Council Foundation scholarship winners share why they want to work in brokerage....
Industry Days Go Slow, Years Go Fast
In looking at the worthwhile changes we gained from the pandemic, there is much ...

Industry Are You Aiding a Criminal?
About 1.3% of European Union GDP consists of suspicious monetary dealings. A pro...

Industry In Defense of the Vilified
Ultimately everyone will have to pay, but for now insurers are the sitting ducks...

Industry Carbon Challenge
Q&A with Daniel Egger, Chief Commercial Officer, Climeworks,...
Its objective, of course, is to protect the integrity of a single market in Europe and make a haunting example of the U.K. exit for Poland, Hungary and other difficult members should they decide to leave.
Industry The Art of the English Divorce