No slowdown yet, but buyers can’t escape the long-term effects of the new tax code.
Sponsored by MarshBerry Posted on March 30, 2018 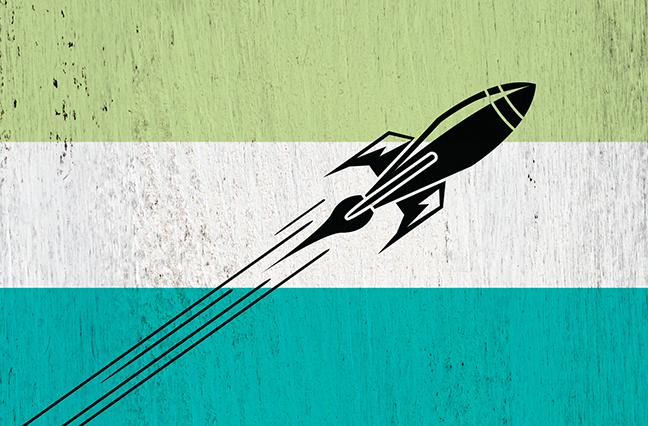 When will the merger and acquisition bubble burst?

This question has been looming over the rush of activity for the past couple of years—and 2017 showed no slowdown after a record number of deals and growing interest from new private capital players who are entering the insurance brokerage space as investors.

Last year, an uncertain political climate and concern over how tax reform would impact valuations led many to believe those factors would be the needle that popped the so-called bubble. But in fact, valuations are holding their ground for now.

We expect the total number of deals in 2018 to still be strong. And we anticipate seeing a fair number of larger firms potentially selling this year, with rumors of these significant deals supporting an outlook that 2018 will be a dynamic, exciting year for M&A.

What will continue driving M&A in 2018? Aside from attractive multiples and valuations, we are seeing a diversification of buyers. New private capital includes family offices, pension plans, sovereign wealth funds and long-term equity that is giving agencies an opportunity to focus on strategic growth. And it’s giving agencies options—more players at the table in addition to traditional private equity, which we expect will continue its assertive role in insurance brokerage M&A.

As the U.S. economy stays on a path of moderate growth—with positives like consumer and business spending and tax cuts freeing up disposable income—we do expect some higher interest rates in 2018. That said, any increase would bring rates to more “normal” levels. We believe that the moderately growing economy along with a potential hardening rate environment should result in more organic growth for agencies.

There is an undeniable uncertainty related to U.S. trade regulations, the stock market, government spending and regulations. No one is sure of the timing of changes—but what we can say with confidence is the factors we thought would potentially put a dent in M&A activity have not done so…yet.

We are beginning to see growing concern that the slow, steady fire that was burning in the economy may be flashed out by a number of different accelerants. The biggest concern is the long-term effect of the new tax code. While it may not have an immediate impact on 2018, it is our opinion that valuations are going to take a hit leading up to 2022.

The new tax code created lower corporate tax rates but also put a limitation on the deduction companies can use for their interest expense. Currently, they can deduct interest expense equal to only 30% of the firm’s earnings before interest tax depreciation and amortization (EBITDA). This is a significant change for firms that are heavily leveraged with debt. Some firms in the industry have debt equal to 7-8x their EBITDA on their balance sheet. This creates a lot of interest expense.

In today’s marketplace, the reduced tax rates offset the impact this limited deduction has on buyers. However, in 2022, the 30% limit starts to measure off of earnings before interest and tax (EBIT), which is a much smaller number for acquirers in the marketplace because of the significant amount of amortization they have from all of their historic acquisitions.

So what does all of this mean to you? It means that the cash flow of buyers is likely going to be significantly reduced in 2022 and beyond. Buyers are going to have a few options. They will likely either deleverage (which means reduce the amount of debt on their balance sheet) or be willing to take lower returns.

As we take a step back and look at this logically, the second option doesn’t seem like a real option. Firms putting private capital into the insurance distribution market are in the business of making money. Hoping that these financially oriented investors will make a lower return so that high valuations can continue is not the most prudent bet in our opinion.

What is more likely to happen? Buyers are going to use less debt in their deals. This means they are also likely to reduce valuations because they are not going to want to put more equity into their investments.

Additionally, the Fed intends to increase interest rates, which will likely exacerbate the problem. You can expect PE-backed firms to trade out their sponsors in the next couple of years because, if they wait and increased interest rates coincide with lower leverage, the larger firms are not going to get the valuations they counted on when they raised their capital from their current sponsors.

The sky isn’t falling yet. But we think you can expect changes in the market—and most likely very soon. We believe the volume of deals will continue at a record pace—59% of ownership still sits in the hands of baby boomers, and more and more private capital thinks insurance is a solid investment. We are confident, as are many of the private-equity funded buyers, that valuations will decline rapidly as we march toward 2022.