Cross-border M&A has been driven by private equity, Brexit and an appetite for specialty shops.
By Vladimir Gololobov Posted on May 1, 2022 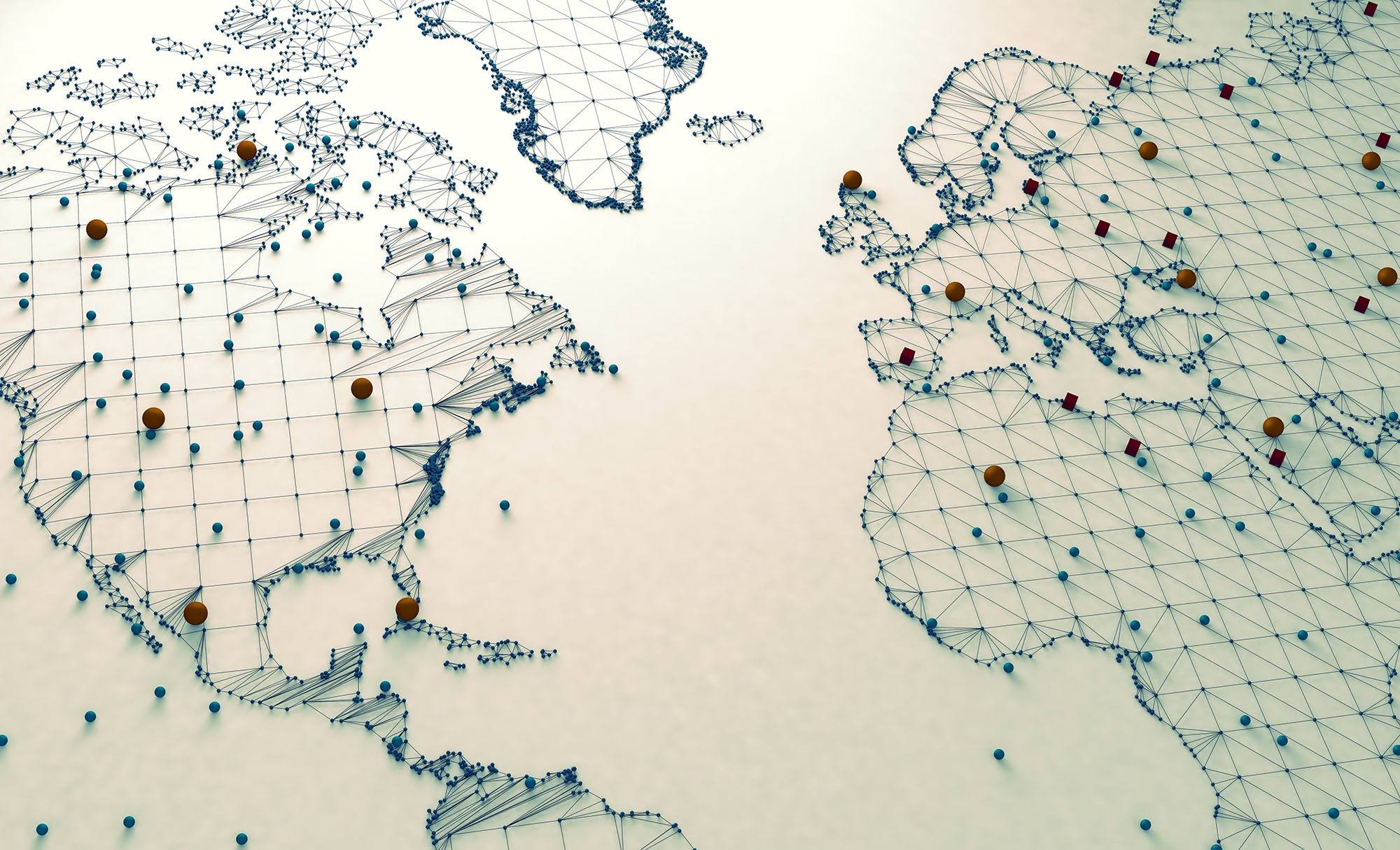 A preliminary assessment of last year’s consolidation in insurance intermediation confirms that mergers continued setting new records, not just in the United States but globally.

Despite the pandemic, business interruption cases in Europe, Australia and other markets, and the economic slowdown in several key jurisdictions, plenty of cross-border deals were closed. As Clyde & Co. sums it up, “The volume of insurance M&A activity worldwide picked up notably in 2021. Signs that market hardening is slowing down in certain classes, combined with the pressure of rising costs means that for those businesses looking to expand, the decision on whether to grow through acquisition or by building out existing operations has never been more relevant.”

Traditional drivers, such as expanding a geographic scope and economies of scale, accessing new distribution channels, and adding new product offerings and operational capabilities, are still fueling M&As. As brokerages review their path for post-pandemic growth, some have zeroed in on supporting strategies that brought the highest return on investment in the past, resulting in companies’ stepping up relevant acquisitions.

PE capital has been prominent in the United States, where it currently drives almost two-thirds of M&A activity, but its role was less pronounced in most European markets. Over recent years, however, European brokerages have been further exposed to institutional and private investors as an important force of market consolidation. In a recent report, Deloitte concludes that more PE capital has found a foothold across the Atlantic. “In a global capital markets environment with nominal rates effectively set at zero, capital continues to flow to PE, which has in turn focused its attention on European financial services, both brokers and regulated entities.”

SIACI Saint Honoré offers an instructive PE ownership journey by one of Europe’s leading brokerages. Consistent with its U.S. peers, the company discovered private capital early on, as it was associated with family-run private and asset management group Edmond de Rothschild, which subsequently sold its stake to Charterhouse in 2018. A multinational investor consortium (including the Ontario Teachers’ Pension Plan, Bpifrance, Cathay Capital, and Mubadala Investment) took over its ownership last July and now maintains 45% in the new company, which is the result of last year’s merger between SIACI and international brokerage DIOT. As DIOT-SIACI implements expansion strategies, such impressive financial backing will be critical to strengthen its market leadership and establish a pan-European tour de force to match its competition from the United States and United Kingdom.

Around Brexit, the industry did not see a massive acquisition surge to establish a foothold in continental Europe. Instead, both brokerages and carriers chose a less expensive local office platform to comply with new regulatory requirements in the absence of passporting rights. It seems considerable acquisitions across the Channel and the Pond are catching up only now, which is largely attributable to leading, billion-dollar brokerages’ heightened interest in overseas targets.

When it comes to significant international acquisitions, Gallagher leads the industry with its focus on developing a comprehensive, integrated global presence to support current operations through purchases of Willis Re, Dewitt Insurance and Argentis in the United Kingdom, India’s Edelweiss, Hesse & Partner in Switzerland, Australia’s Sound Insurance, Taupo in New Zealand and others. After struggling to deploy $900 million of cash in the United States, Brown & Brown (Gallagher’s closest M&A competitor) made important cross-border investments in Canadian MGA Special Risks and O’Leary Risks in Ireland and more substantial purchases of Bdb and GRP in the United Kingdom. Bdb and GRP will cement the company’s position in the region and its access to Lloyd’s, but the admission ticket came at a high price. Valuation estimates for GRP, Brown’s largest deal so far, were up to 18.3 times EBITDA, according to Hales, higher than most acquisitions in the United States.

In developing markets, such as Asia-Pacific, insurtech consolidation was supported by strong fundraising rounds that positioned startups to challenge local incumbents.

In addition to large U.S. players, U.K. heavyweights continued making strategic investments both in Britannia and on the continent. Howden’s acquisition of three Italian brokerages since last summer (Assiteca, Andrea Scagliarini and Tower), reinforced its newly formed Howden Italy operation and sent an unequivocal message of its interest in the market. Earlier last year, the company acquired the largest independent Spanish brokerage, Artai, with a presence in Portugal and Morocco. With Assiteca also having an office in Spain, the newly formed Howden Italy and Howden Iberia will have much to do integrating workforce and operations.

Another U.K. leader, Ardonagh, has entered the Iberian Peninsula by purchasing dominant brokerage MDS. MDS’s strong position in Portuguese-speaking Angola and Mozambique, as well as its leading brokerage operation in Brazil, puts Ardonagh in competition with Howden in Latin America and opens new territory, outside English-speaking economies.

Although traditional M&A among brokerages remains prevalent, we have seen continued consolidation in insurtech. This adds another dimension to the sectoral M&A discourse to amplify the importance of cross-border technology transfer. Israeli startup Setoo, specializing in customized travel insurance upsells, merged with Pattern Insurance from Palo Alto to establish a global insurtech MGA in the travel, recreation and events sectors. Using an embedded insurance strategy, Pattern collects policies underwritten by AXA, Spinnaker Insurance Company, and Wakam and makes it easier for travel brands to insert insurance in their online reservation process. Through its parametric and automation solutions, the combined company capitalizes on partnerships with market leaders, such as LastMinute.com, Oyo, Omio, and Amadeus, and opens further opportunities in the commercial small- and midsize-enterprise space.

Acrisure, a highly acquisitive brokerage positioning itself as a fintech company, made further cross-border investments in technology-driven Spanish brokerage Summa and It’sSeg in Brazil to expand its global footprint and reinforce the innovation-driven network.

Some smaller insurtechs have focused on targeted cross-border acquisitions to cement industry verticals through improved data analysis, as was the case with Zego’s acquisition of Portugal-based telematics startup Drivit. Zego is a U.K.-based company that offers a range of vehicle insurance, from fleet coverage to flexible scooter coverage for delivery riders. Others have focused on complementary services, for example French health insurtech Alan’s purchase of Brooklyn-based mental health app Jour. Currently, insurtech companies are approaching a stage of maturity resulting from their first wave of investment over the past five to seven years. Accordingly, experts predict original private investors may exit, leading to further consolidation and roll-ups in this segment.

In developing markets, such as Asia-Pacific, insurtech consolidation was supported by strong fundraising rounds that positioned startups to challenge local incumbents. Although we have not seen many cross-border insurtech models implemented in the region yet, experts suggest that they will likely emerge in India and China, where most capital was deployed.

Specialty brokerages in Asia caught the attention of mid- and upper-mid market European players, as evidenced by BMS’s acquisition of Korean M&A risk advisor VIB and Filhet-Allard’s purchase of Hong Kong-based marine brokerage Latitude. In Africa, Lebanese Chedid Capital shored up its initial presence in Morocco and Mauritius by acquiring market leader Ascoma International, with offices in 21 francophone countries. The transaction delivers on Chedid’s aspiration to control the P&C value chain and secure a higher commission yield. In return, Ascoma’s African partners will benefit from access to greater capacity through Chedid’s reinsurance operation.

Investments in emerging markets remain precarious and often uncover brokerages’ narrow focus on building specific industry verticals and expanding into well priced markets with much growth potential. If global inflationary pressures continue and capital becomes tight, future cross-border acquisitions in these fledgling, fast-growing economies may be first to suffer until the next economic cycle.

Vladimir Gololobov Vice President of International, The Council Read More
See More: Insurtech International M&A
1
Industry Price and Prejudice
2
Industry Is There Too Much Industry Surplus?
3
Industry Rebel with a Cause

Industry Buyers Still Hungry for Deals
Brokerages with diversified practice groups and modernized t...
The P&C industry is in a situation akin to a cat chasing its tail. The more it raises prices to improve returns on equity, the more surplus it amasses.
Industry Is There Too Much Industry Surplus?