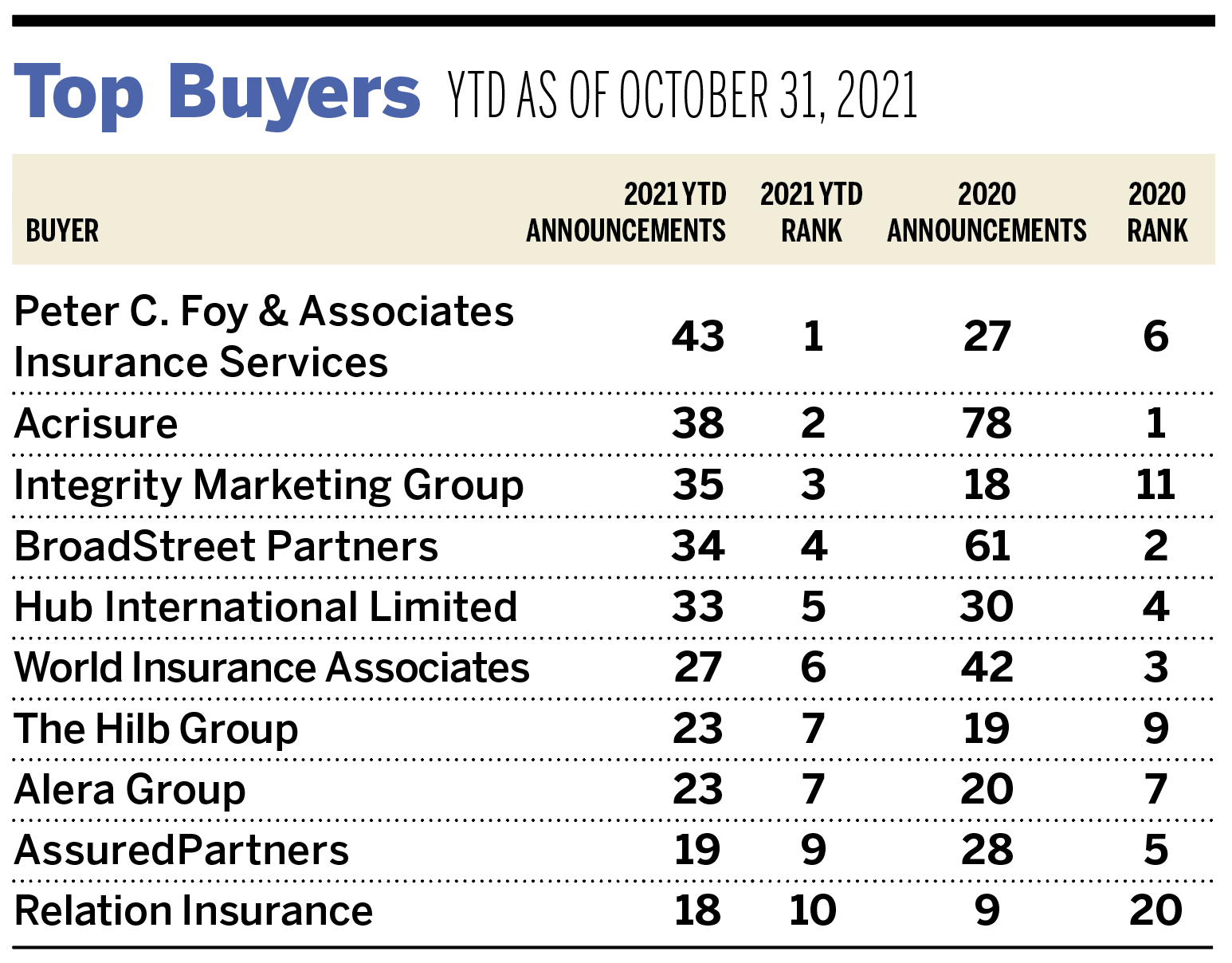 What may not be much of a surprise to anyone, we still don’t have clarity on potential tax changes. The clear-as-mud visibility has some racing to get deals done this year, while others are OK taking their time to complete a transaction next year.

Through October, MarshBerry has observed deal activity unlike any other year in history. There have been 585 announced merger or acquisition transactions in the United States, a 12.9% increase compared to this time last year. As the push to close deals prior to year-end continues to rage on, even more deals are anticipated to be announced retroactively, which will only compound the historic deal pace in 2021.

With the typical flurry of year-end deal activity exacerbated by speculation about changes to federal tax laws, 2021 will probably finish as the most active year for announced deal count we have observed to date.

Disclosure: All deal count metrics are inclusive of completed deals with U.S. targets only. Scorecard year-to-date totals may change from month to month should an acquirer notify MarshBerry or the public of a prior acquisition. 2021 statistics are preliminary and may change in future publications.