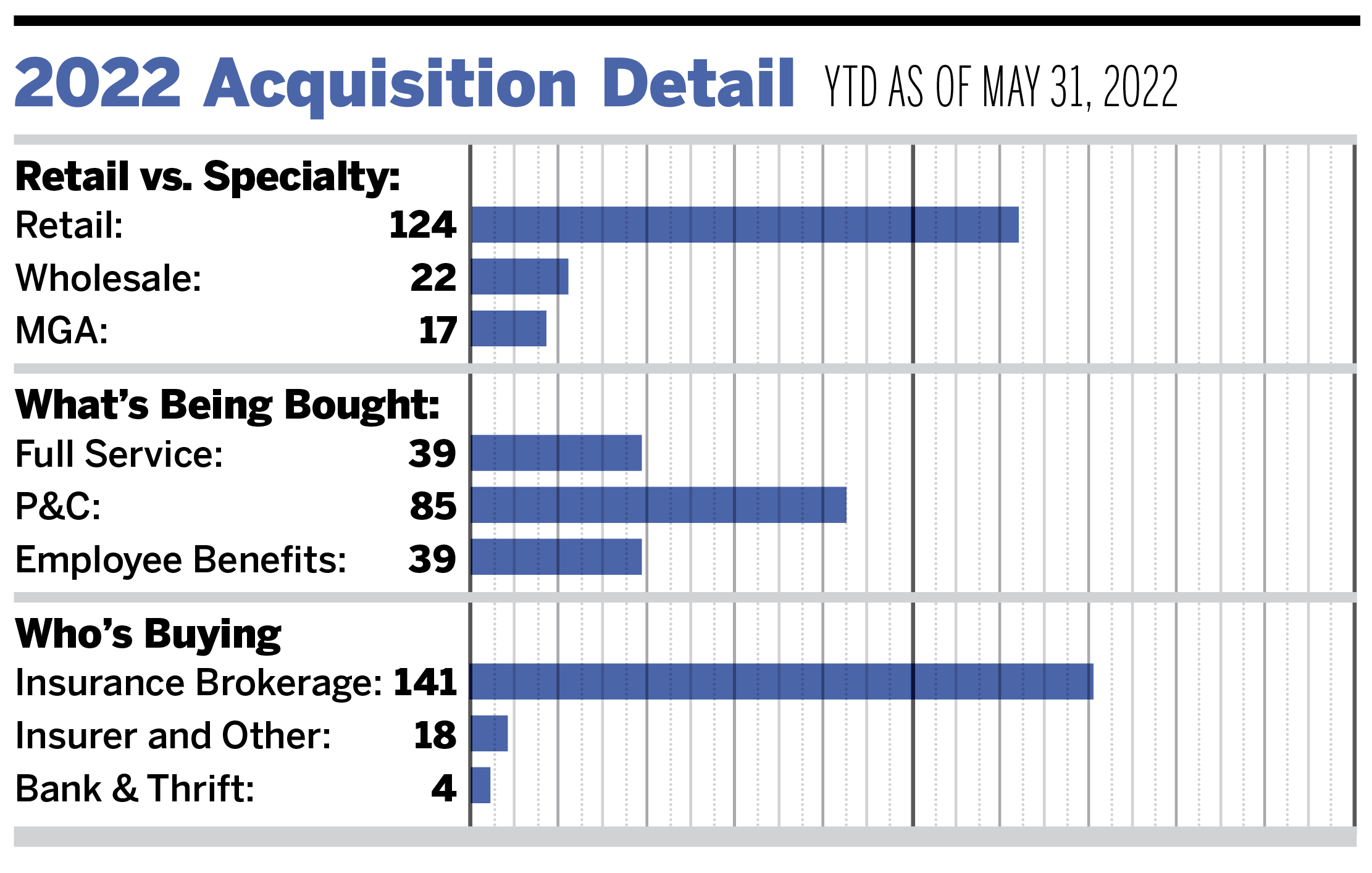 Concern is growing across the broader investment community with inflation (measured by the consumer price index) rising 8.6% from a year ago, as of May.

The rising prices are pointing to more interest rate hikes by the Federal Reserve, and “stagflation” is the discussion du jour in economic circles. Stagflation is a period of slow economic growth and relative high unemployment—effectively a period of economic stagnation—that is accompanied by rising prices in an inflationary period.

We expect that the Fed’s actions will impact the cost of debt that many of the buyers in the insurance distribution industry use to fund their acquisitions. However, we do not believe this increase in the cost of debt capital will have a dramatic impact on the merger and acquisition activity level or deal pricing. Quality firms are expected to still command strong valuations. The buyer community remains incredibly robust, with demand holding firm. Many buyers (and private equity investors) are sitting on a large amount of “dry powder” that needs to be deployed and will keep the M&A market active for some time. The length of this economic uncertainty will dictate the overall impact, but the industry seems well positioned in the short to intermediate term.

As of May 31, 2022, there have been 163 announced M&A transactions in the United States. The gap between announced transactions at this time compared to last year has been shortened by nearly half since last month, with the 163 announcements representing a 43.7% decrease compared to 2021. The pace of market activity and the number of retroactive announcements are anticipated to build steam throughout the second half of the year.

Private-capital backed buyers accounted for 119 of the 163 transactions (73%) through May, and this segment has continued to rise as a proportion of total deal announcements over the last four years. The percentage of transactions involving specialty distributors is still growing in 2022. Deals involving managing general agents and wholesalers accounted for 26.7% of all announced transactions through May, compared to 22.8% at this time last year. As more traditional retail brokerages establish and expand specialty practices, this trend is anticipated to continue.

Strong deal activity from the marketplace’s most active acquirers has remained constant to begin 2022. Ten buyers accounted for 53.7% of all announced transactions, while the top three (Hub International, Inszone Insurance Services, and BroadStreet Partners) accounted for 22.8% of the 163 total transactions.

Two notable transactions occurred in May and two more in June: