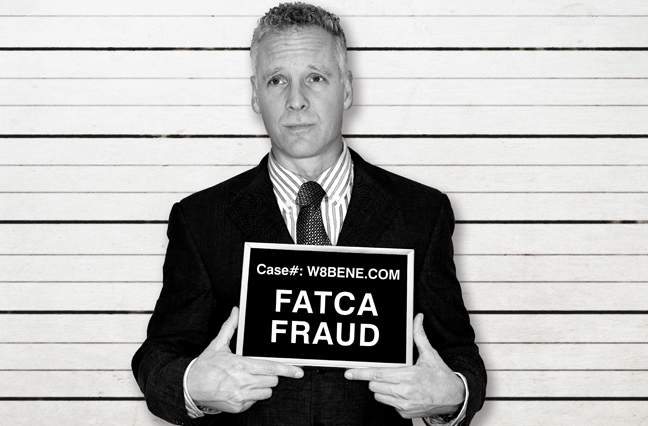 Now it gets serious. The grace period for observing the Foreign Account Tax Compliance Act is winding down. Beginning Jan. 1, FATCA will require brokers to meet a higher standard to prove that companies they place business with comply with U.S. tax law.

In some cases this means collecting and verifying thousands of forms from a broker’s business partners to prove those partners comply with the U.S. tax code. And since those forms have different expirations, brokers will need to be certain they have the most up-to-date form.

“To be honest, I think we will be receiving documents right up until early January, and we’re not going to shut it off,” says Craig Coit, deputy CFO of Aon Risk Solutions. But even with documents in hand, there is still more work to do. The forms must be checked for accuracy and validated, and they must be continually updated.
Coit says FATCA has had a major impact on how Aon Risk Solutions does business.

“We have had over the course of the last year the equivalent of two dedicated individuals who have been preparing materials, delivering webinars and handling the training,” Coit says. “I think we have trained in excess of 8,000 people overall, and we intend to do more training as we get closer to the official go-live in January.”

“I believe we are ready,” Coit says. “We are certainly focused on the business that we know is on the books in the first quarter. We are making sure we have the appropriate documentation and we have responded to any questions from the people who are handling those first three months of renewals for our clients. We know that we still have not gotten the required documentation from all of our markets. Even within the first quarter, we still have a few carriers that haven’t responded.”

The Foreign Account Tax Compliance Act was adopted in 2010 as part of the Hiring Incentives to Restore Employment Act. It requires U.S. businesses and individuals to report their financial accounts held outside the United States. In the case of what is classified as a Cash Value Account, a 30% withholding is required on payments to foreign entities to ensure U.S. taxes are paid. That means insurance brokers must withhold 30% of a premium payment made to a foreign carrier or intermediary unless the broker gathers documentation showing that the payee is either a U.S. taxpayer (with an IRS W-9 form), FATCA compliant or FATCA exempt (usually with an IRS W-8BEN-E form). However, withholding a portion of a premium from a carrier is highly unlikely since it would essentially void the contract.

FATCA is the federal government’s attempt to stop individual and corporate taxpayers in the United States from hiding assets overseas. In the case of insurance, it places the burden of carrier compliance on the broker.

If the premiums pass through a foreign broker, then the U.S. broker must collect IRS Form W-8IMY from the foreign intermediary.

An entity is exempt from FATCA withholding if it meets any of the following:

The exemption must be documented with a W-9 or W-8 form, and the withholding requirement effectively eliminates brokers from doing business with firms that do not submit their paperwork.

“No one wants to knowingly violate a tax law or compliance issue,” says Kevin O’Donnell, Hylant’s global practice executive. “That’s kind of what it boils down to. If we knowingly do it, then we’re subject to penalties. If we unknowingly do it, shame on us. We need to know that the carriers we are placing clients’ business with are compliant.

“We trade with many, many foreign partners, and they all understand the ramifications for noncompliance. They are all going to be compliant because they want to do business with the large American marketplace.”

While cooperation from carriers has been good, some brokers report they do not have all the necessary forms yet from their foreign business partners.

“Some of it, I think, is lack of understanding on their part as to what it is exactly that they need to do,” Coit says. “I think they are still focused on January 1, and I think some of them think there is still a lot of time left to get back to us.

“In some cases it’s just been hard for us to know who to get to inside of these carriers. When you are talking about in excess of probably 3,000 or 4,000 individual entities that we have to get a form from, that’s a lot of individual conversations, and sometimes it takes a number of iterations, a number of letters and phone calls.”

“The biggest burden for us has been going through and trying to develop workflows for each organization and then the logistics for it,” says Michael Rost, IMA associate counsel. “We may have 100 to 200 different intermediaries that work with IMA, and each of those we have to contact.

“You get all the forms, and then what do you do with them? We have to basically allocate a person to be in charge of those—looking at the form to make sure it’s accurate, requesting the form after we do a search on our agency management system, putting in a tickler…on the BEN-Es to re-check, and then for W9s, you’ve got to do those every year. It’s basically a full-time job for someone just to track it, and you’re not really accomplishing anything.”

The Council of Insurance Agents and Brokers has established an online portal for FATCA-related documents and instructional materials. The Council created the portal—W8-BEN-E.com—as a place for carriers and foreign intermediaries to submit completed compliance forms. It is designed to ease the difficulty of collecting the compliance forms from the foreign carriers. Brokers can go to one place, and the forms are all there. They won’t have to go carrier by carrier to figure out where their forms are.

It’s basically a full-time job for someone just to track it, and you’re not really accomplishing anything.
Michael Rost, IMA

The portal’s staff will verify and validate that submitted paperwork is complete and accurate. Carriers can use the portal to update their forms. The portal will track which brokers have reviewed what forms and will notify brokers whenever a form they have reviewed has been updated, modified or removed. This is especially important to brokers since they are required to use the most recent form. The portal also includes reference material to assist brokers’ compliance efforts.

Zac Skinner, an attorney for Lockton Companies, says the portal can be especially helpful in gathering forms from carriers.

“We certainly appreciate all the effort and manpower that The Council has put into the portal,” Skinner says. “Given the transactional requirements that FATCA imposes, especially with regards to W-8IMYs, we felt the need to build our own database and repository, but I think The Council portal will be a valuable resource, particularly for W-BEN-Es. We’ll definitely monitor that and potentially use it down the road.”

“We have used the portal,” he says. For firms that are required to be FATCA compliant, O’Donnell says, “we ask the marketplace to provide the necessary documentation for them to participate on the risk at renewal. We get it that way, as well as through The Council.”
Skinner says compliance won’t be an issue for Lockton.

“We’ve had a great deal of cooperation from our foreign business partners,” Skinner says. “Our sense from what we hear from our colleagues in London and various other jurisdictions indicates that foreign carriers tend to be compliant, and we definitely have seen that in our request for documentation. It has been refreshing to see how [good] our communications have been and how well everyone is anticipating and preparing for this. We get the sense that everyone intends to become FATCA compliant.”

“The carriers have been good,” Rost says. “A number of them sent us their forms before we even asked about them. It hasn’t been terribly difficult getting information. It’s just the logistical side of it—having someone who is trained to know what to look for on the forms, to make sure they are accurately filled out, and then having to keep all that information and then establish the workflows.

“So far we’ve been lucky that most of the international carriers that we work with are pretty tied in to FATCA and they were probably better prepared for the requirements than a lot of the U.S. people were. I think they’ve been scared to death of it.”

“We’ve done a lot of different things to make sure that our client service teams, both production and the servicing teams, are aware of how they need to incorporate FATCA into their daily work lives to make certain that we are compliant,” O’Donnell says. “We want to remain in this business, so we will be compliant, period.

“There was certainly a lot of lead time to understand it and implement our processes. I think it just becomes one additional step in the renewal cycle that we have to check off the list. We did not add staff to deal with it. Some of the end-game requirements are part of licensing.”

The Council also played a role in getting the U.S. Treasury Department to remove a requirement that brokers track premiums paid to FATCA-compliant firms.

“That is a big deal,” Skinner says. “Particularly because we anticipate that the majority of foreign entities we do business with are going to be FATCA compliant. I think that’s going to significantly reduce the burden on all U.S. brokers to do that annual reporting. I don’t know what the value of that is, but it certainly will be a significant benefit for everybody.”

“We’re certainly concerned with any level of administration that you have to enter into the process,” O’Donnell says. “Any legislative changes that occur that affect the industry will affect us and our clients in terms of the amount of additional administration to be compliant. The big picture of FATCA is the level of administration for the broker, the clients and the carriers. The fact that a clarification has come out from the IRS stating there is no year-end reporting of premiums on the 1042-S, unless premiums have been withheld, is positive.”

We get the sense that everyone intends to become FATCA compliant.
Zac Skinner, Lockton Companies

“There hasn’t been any real clear guidance on what our requirements are, how FATCA really fits in with our industry,” Rost says. “I think it’s pretty clear to everyone that it wasn’t necessarily intended to apply to payment of insurance premiums.

“The problem is how do you get anything done with the environment in Congress right now? Even if this was the greatest thing ever. Say we want to pass a resolution to say that puppies are cute—you couldn’t get that through. Even though I think it makes sense that insurance premiums shouldn’t be part of this FATCA regime, I don’t have any confidence that Congress can get to it and make a good decision on it.”