Deal activity should increase through the end of the year, making up for second-quarter obstacles.
By Phil Trem Posted on September 24, 2020 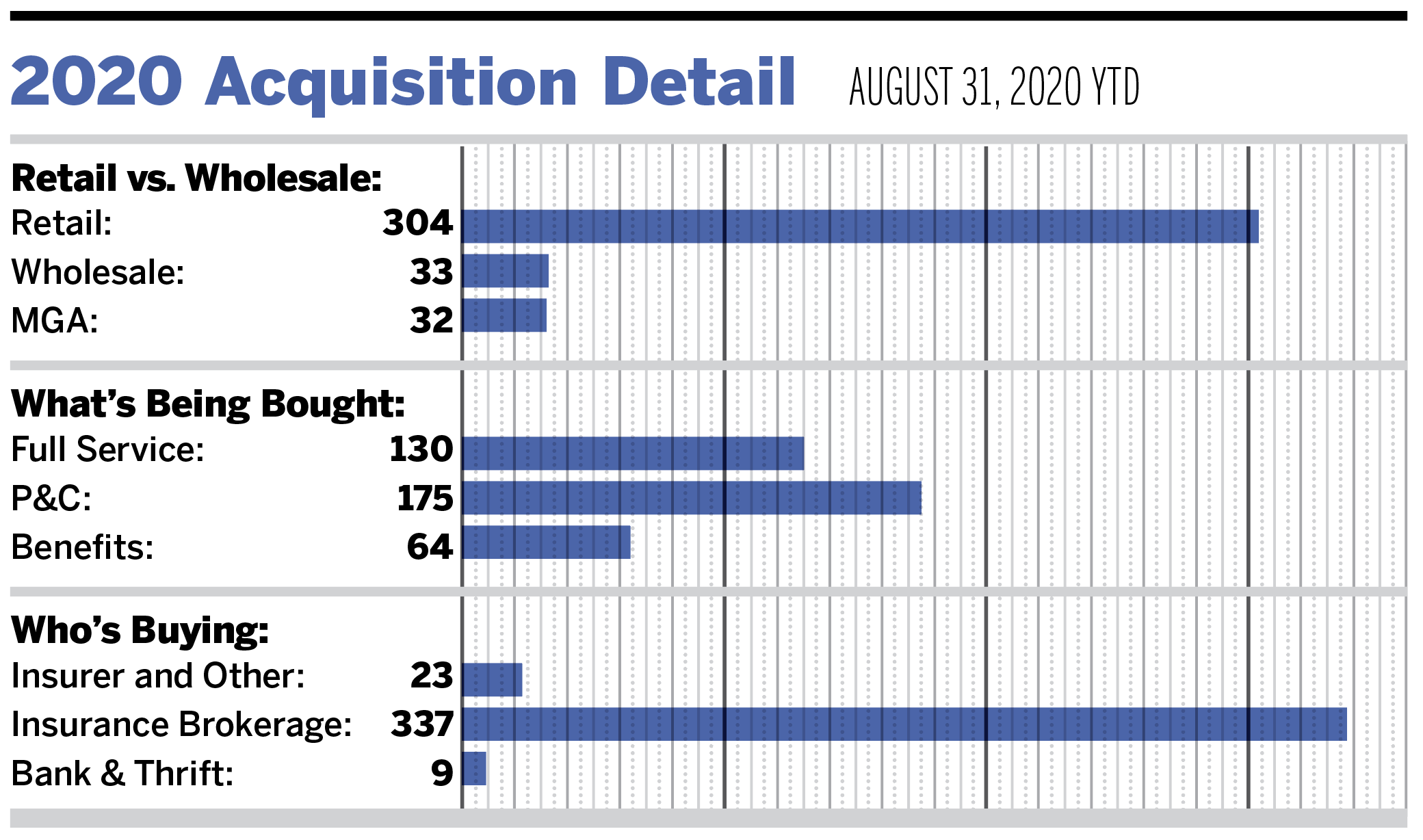 As of Aug. 31, there have been 369 merger and acquisition transactions announced in the United States.

The marketplace is continuing to gain traction following the slowdown in the second quarter. The total deal count this year through August has decreased only 5% from the number of deals announced at this point last year.

Buyers backed by private capital continue to dominate the marketplace, completing 64.7% of all announced transactions. We believe that this will be the case into the foreseeable future, especially as these buyers continue deploying capital following the initial brunt of the pandemic. The debt capital markets froze for a few months but are essentially fully functional at this point.

We anticipate M&A activity to steadily increase through the end of the year. Most buyers have resumed their typical deal activity, and seller interest is on the rise as concerns of increased taxes seem to be pushing owners to accelerate their plans for a transaction.

As of Aug. 31, the average number of announced transactions per month has remained at 46 deals. If we apply this figure to the remaining months of the year, the 2020 deal count would come in lower than where we think it is poised to land, between the total deal count for 2018 and 2019 (580 and 651, respectively).