A behavioral research groups finds a remedy for prospect-calling reluctance.
By Mike Patten Posted on September 11, 2012

It was a puzzling question for the leaders at BancorpSouth Insurance.

“We as agency managers were always baffled why some producers are successful from the start while others struggle to make it,” says Ron Lensing, an executive vice president and corporate sales leader at BancorpSouth. “We provide technical training, sales training and resources to help our producers differentiate themselves from the typical vendor sales approach but do not see meaningful results with the producers who struggle.”

Hiring sales people who will, in fact, sell is one of the most important tasks for a sales manager. Some 80% of all sales people hired don’t last a year. And while the most effective way to generate business involves calling on new customers, also known as prospecting, it turns out that nearly 40% of even experienced salespeople experience a fear of prospecting known as sales call reluctance. This reluctance limits the number of prospecting attempts —and potential sales—that even top producers make.

For answers, BancorpSouth turned to Behavioral Sciences Research Press (BSRP), a Dallas, Texas, firm founded by George Dudley and Shannon Goodson, pioneers in the field of predicting, diagnosing and correcting sales call reluctance. BancorpSouth sent one of its sales divisions through BSRP’s day-and-a-half Fear-Free Prospecting & Self-Promotion Workshop, followed by four weeks of follow-up coaching to see if that would increase prospecting. The early returns are promising. BSRP helped generate a 335% increase in the number of prospecting attempts in the weeks after the training, to an average of 283 a week from an average of 65 a week.

“The thing I learned from this whole experience is that call reluctance is a self-developed thing,” Lensing says. “The thing that I was not convinced of, but now believe, is those characteristics can be overcome.”

BSRP sales director Jacqueline Calder says call reluctance is not fear of rejection or a lack of training and knowledge, but an emotional condition that can be treated.

“The thing I learned from this whole experience is that call reluctance is a self-developed thing.”

“A lot of it is management by walking around,” Lensing says. “You can tell just by the activity or lack thereof. Ultimately, you just kind of know who is hanging back and who is going full bore.”

Calder says those people hanging back can be rescued.

“The underlying principle is that there are behavioral modification techniques that allow the salesperson to regain emotional control over how they feel about doing the prospecting. It is how they feel about prospecting that’s causing the problem. This allows them to identify, manage and control what they would typically refer to as a fear of rejection.

“It’s the emotion that’s the problem. Most people have had enough good sales training to know how to prospect. It’s almost like they choke on actually prospecting.”

“Most people have had enough good sales training to know how to prospect. It’s almost like they choke on actually prospecting.”

For Lensing, the results don’t lie.

“What probably was the most telling indication was the tremendous jump in outbound calling,” Lensing says. That jump told him that the sales staff got the message that they needed to prospect and that they had the training to overcome call reluctance.

“The increase in prospecting activity is the best indication of the improvement made since the workshop,” Lensing says. “It is too early to be able to identify sales successes related to the increased activity at this time, but logic says it will translate into more and better opportunities.”

Dudley and Goodson, working as psychologists for a major insurance firm, pioneered research in call reluctance in the 1970s. They were charged with figuring out why, in a group of motivated, talented, educated salespeople, relatively few rise to become successful on a consistent basis. They analyzed the behavioral tendencies of salespeople, doing exit interviews with those who were successful and those who were not. They interviewed top executives, senior managers and middle managers. They did cognitive and physiological studies, hooking up salespeople to biomedical instruments to test their reactions to different situations.

BSRP described the 12 patterns this way:

ROLE REJECTION is prevalent in the insurance agent in particular. This refers to salespeople who have a secret shame or discomfort in identifying with the sales role. To compensate, they tend to use various types of deflective titles: consultant, advisor, etc. They will tell you, point-blank, that they’re not selling but just providing advice.

DOOMSAYERS habitually worry about what could go wrong with a contact and consequently avoid making contacts.

OVER-PREPARERS tend to spend an excessive amount of time getting prepared to make a contact instead of actually making the contact.

HYPER PROS are so concerned about their professional image that they spend too much time crafting an image they feel people will interpret as being successful instead of rolling up their sleeves and getting the work done. They are more concerned with style than substance.

STAGE FRIGHT describes salespeople who are uncomfortable in a group situation, giving a presentation. That level of discomfort will cause them to avoid opportunities to give group presentations.

YIELDERS feel they will be perceived as too pushy or too intrusive and don’t want to engage in behavior they feel other people will perceive as disagreeable. They tend to avoid prospecting because they’re always looking for the right time to do so; only the right time never comes.

SOCIAL SELF-CONSCIOUSNESS describes salespeople who are intimidated by up-market clientele. It could be based on their perception of a client’s superior social standing, wealth, influence or education. They would much prefer to give a presentation to an administrative assistant than a decision-maker.

SEPARATIONISTS are uncomfortable networking or selling to friends. It doesn’t matter if their friends could use their products or services. They think it’s unprofessional to mix business with friendship.

UN-EMANCIPATED believe it’s inappropriate to network through family, even though their family might be an excellent resource.

TELEPHOBIA describes those who tell you that they just need to make eye contact to feel comfortable. They might drive 10 or 20 miles or more to meet with a client face to face when a simple phone call would suffice.

OPPOSITIONAL REFLEX involves those who tend to reflexively oppose training, management advice and supervision. They tend to engage in falsifying, blaming and criticizing. It can be challenging to manage salespeople with this type of call reluctance because it’s difficult to help them improve. They tend to slap the hand that’s trying to support them.

IT’S NOT JUST ABOUT SALES CALLS

Trelitha Bryant, BSRP executive vice president for field-testing and research, says the behaviors that cause call reluctance can spill over into other parts of life.

“All of us are in sales,” Bryant says. “Some of us direct sales. But whenever you are advocating something that you believe in—it could be an idea—to someone else, you’re actually in the process of selling.

“We’re not focusing on what the person sells, but the sales process itself. It really doesn’t matter if you’re selling major computer systems or soap. The process is still the same. Regardless of the sales environment, there is customer engagement, no matter what.”

Today BSRP offers a series of workshops and consulting services for companies and individuals looking to improve.

BancorpSouth recently sent its Mississippi sales staff through a day-and-a-half-long BSRP workshop designed to explain the various types of call reluctance and techniques for changing behavior.

“We’ve got to get them to realize that what they actually have is sales call reluctance,” says Calder. “Once we can get them to that point and they accept that it is interfering with their ability to reach goals that are important to them, then I can teach them how to fix it. It’s almost like going to a doctor. The doctor can tell them they’ve got a problem, give them a series of antibiotics, but if they don’t take the antibiotics it’s not going to solve the problem.”

John Nance, a salesman in the Stewart Sneed Hewes division of BancorpSouth Insurance, was one of about 30 BancorpSouth salespeople to go through the BSRP program.

“It very much highlighted for me the need to make prospecting in general, and not just cold calls, a focus and a priority,” Nance says. “For me, it’s more of a need to not let myself get distracted and let the day get away. This is just something that has got to be a priority every day.”

Nance has been in sales nine years, including seven in the insurance industry. He says he didn’t realize how many distractions there are that can get in the way of prospecting.

“I think it’s normal to have reluctance to cold calling. We’re all masters to some degree in having something else that we need to do that’s more important. All of us have some degree of reluctance to put ourselves out there like that. It highlighted that, for me to grow my business, it has to be a priority.”

While there may be resistance to change, Calder says there is one way to see if the program might work for a staff. “The best thing a company can do is ask each of their producers this question: What would more money get you that is really important to you? Because if the producers have an answer to that, if they have a target and if they can put in a strategy that cascades down to what their ideal prospecting activity would be today, I have traction, I have something to work with.” 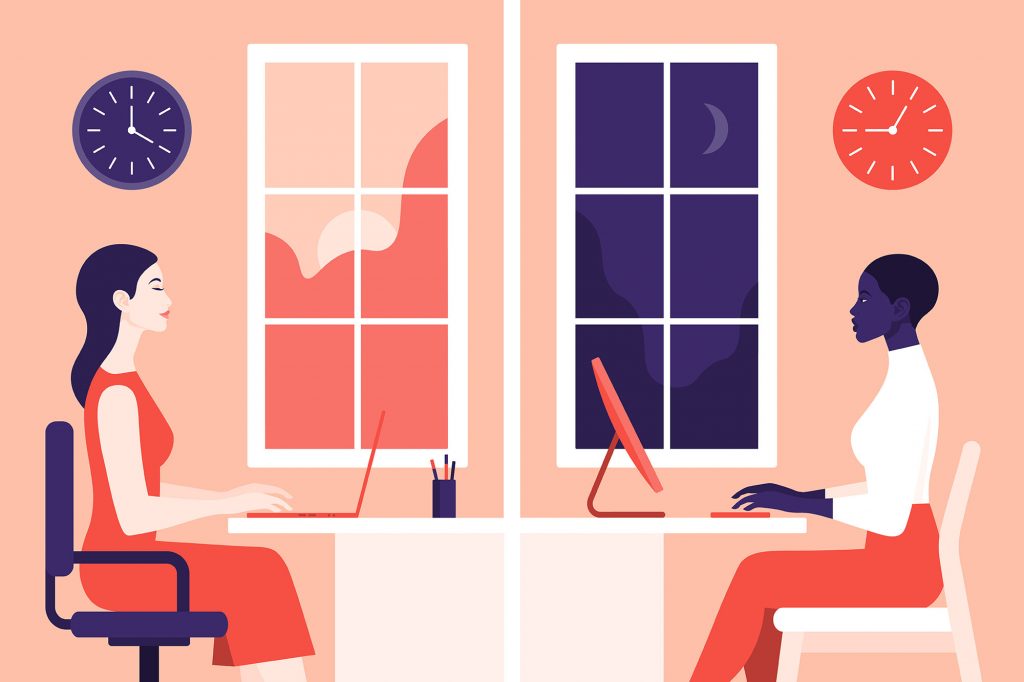 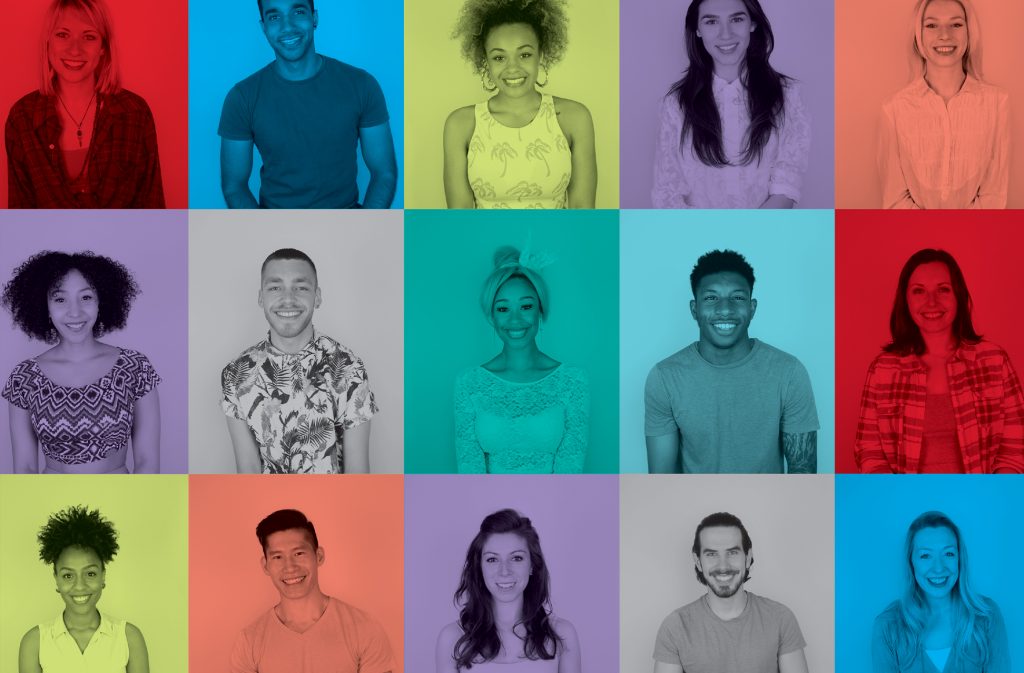 Brokerage Ops Meet Them Where They Are
Apprenticeships, scholarships and new networks can help diverse talent get a leg...

Brokerage Ops 5 More Tech Tools to WFH
These wide-ranging technologies can set you free in and out of the home office.

Brokerage Ops You Should Know Me Better by Now
Take the first steps to building a customer-centric insuranc...

Brokerage Ops The Remote Work Rulebook
Discover new rules for training, onboarding and team-buildin...
Creating a culture of learning will not only improve performance but will also increase employee satisfaction, and that leads to better retention.
Brokerage Ops Curiosity Killed the Cat. Or Did It?