ProSight uses DJ insurance as a gateway to a digital, gig-worker platform.
By Michael Fitzpatrick Posted on July 18, 2018 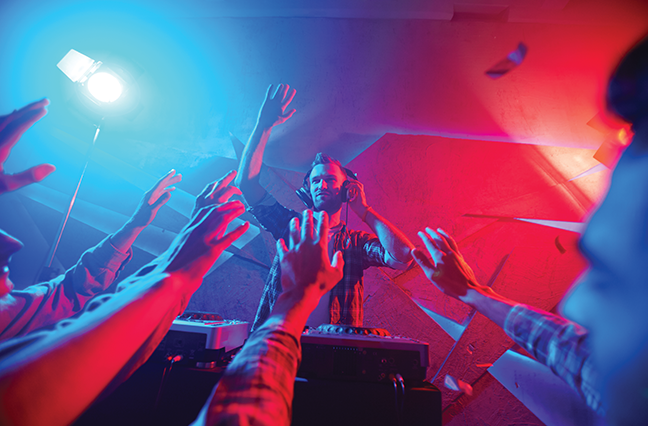 The leading insurer for live entertainment is moving to a different beat in the insurtech space.

ProSight Specialty Insurance, which launched its online platform with insurance for DJs earlier this year, stresses that it is taking a different approach from a typical startup.

“We wanted to get the traditional part of a true insurance company right first,” says ProSight CEO Joe Beneducci. “Now that we’ve done that, we have the ability to expand into this insurtech environment much more effectively than anybody else because we have a profitable business strategy.”

Since its founding in 2009, ProSight has grown to become the number-one insurer for live entertainment such as touring bands and DJs, but that’s just one of its nine niches. Based in Morristown, New Jersey, the company also provides coverage in construction, consumer services, marine and energy, excess workers compensation and four other areas. ProSight posted gross written premiums of $275 million in the first quarter of 2018 and $819.5 million for all of 2017.

As it starts up its ProSight Direct online platform, the company plans to expand beyond DJs with coverage for personal training, health and wellness beginning this fall.

“There’s enormous growth potential, but we’re going about it differently. We don’t have to expand it excessively to start,” Beneducci says. “We want to ensure we get the profit model right and the service and value model right for the client. If we do that correctly, we can certainly increase the throttle.”

Darryl Siry, ProSight’s chief digital officer, says the company, having established itself as a successful insurance business, is not under pressure to show rapid growth to raise cash in successive funding rounds.

“We’re not worried about raising that next round of financing,” Siry says. “And we’re sitting on a double-digit ROE. It’s not like there’s a countdown. That’s a distinct advantage. This is really a long-term thing. It’s not about who wins in the next year. It’s about who’s going to lead in the insurtech space in the next 10 years.”

ProSight launched its online platform with DJs because live entertainment is a business it knows well, as it already insures 50 of the world’s top 100 DJs.

“We knew the customer, and we knew the space,” Siry says. “And we said, ‘Let’s build the whole technology platform around this target.’”

DJs want a platform optimized for mobile to handle tasks such as obtaining and providing certificates of insurance for venues. The DJ market also sets the stage for the expanded rollouts in the fall in specific niches.

“The goal is to stabilize that technology platform, to learn with real customers on the platform, to ensure that we can manage the risk online effectively before we launch in the fall with a much larger target market of personal fitness and health and wellness,” Siry says.

DJs, personal trainers and yoga instructors are part of the larger gig economy of non-employee businesses that accounts for a large and growing share of the workforce. Intuit estimated that gig economy workers made up 34% of the American workforce in 2017. Siry says the broader spectrum of non-employee businesses represents a $7 billion market opportunity tailored for an online platform.

“It’s an underserved segment of the marketplace,” Siry says. “They prefer to buy insurance online, and they prefer to buy from a company that is not only selling them the insurance but backs it up with service and claims experience. It’s exactly what we’re offering these folks.”
Gig Insurance

Start-up Verifly is also taking aim at the gig economy, targeting the more than 60 million Americans expected to be working independently by 2020. The New York-based company has launched on-demand, by-the-job insurance for freelance workers in construction, personal services such as photography, as well as events, entertainment and other areas.

Freelancers often find that clients demand insurance for jobs that may last just a few hours, but insurance is typically sold by the year. The Verifly mobile app enables freelancers to buy “bite-sized” insurance, underwritten by Markel, for single jobs for as little as $5 for one hour and $1 million of business coverage.

“Savvy independent workers view insurance not just in terms of minimizing risk, but as a tool to maximize their income,” says Jay Bregman, co-founder and CEO of Verifly, which launched insurance for commercial drone pilots in 2016. “By radically increasing access to insurance, Verifly is helping to professionalize and institutionalize the future of work.”

Launched in 11 states, Verifly’s app enables freelancers to select coverage from a single hour to a full month and obtain insurance certificates for their clients. Nationwide coverage is expected by 2019.

“The expansion of the gig economy has put the insurance industry on notice — innovate now or risk being disrupted or made irrelevant,” says Scott Whitehead, managing director at Markel Digital.