Show Me Your Playbook

Carriers want to know sports teams are making major efforts to keep athletes safe. Brokers may need to step up their game to make the client’s case.
By Mike Patten Posted on October 1, 2019 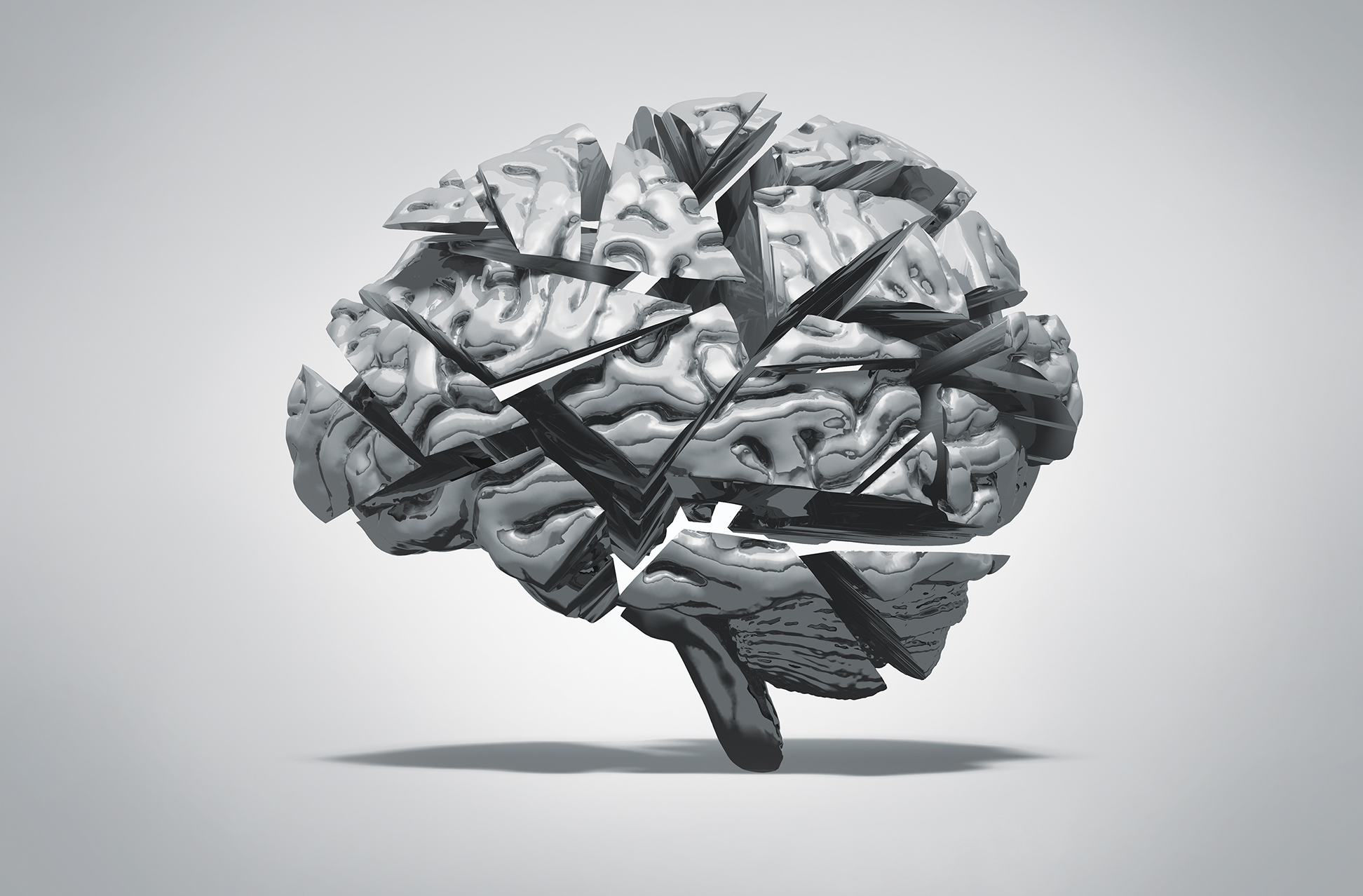 Carriers are playing hardball when underwriting youth and college sports. Leagues and teams not willing to excel at risk management may be DL’d.

Sports organizations with children and young adult participants are dealing with repercussions from traumatic brain injury and high-profile sexual abuse cases, among other problems associated with participation in team activities. An increasing number of claims against sports organizations are driving up liability pricing overall and limiting the availability for sexual abuse and molestation coverage under a general liability policy.

“There are significantly fewer carriers offering this, but I think it has bottomed out,” says Eric Mezmar, a principal at Assurance. “I don’t think we will see any more reduction in capacity, but I don’t see anyone champing at the bit to get into this. The rates have gone up significantly for anything youth related.”

Alan Hollingsworth, a senior vice president at Hub’s sports and entertainment specialty practice, says carriers want more information about safety practices. “They all want to know the organization is as proactive around managing the risk as it can be,” Hollingsworth says. “The organization’s loss history is going to be important more so now than in previous years. They are really drilling down on whether the organization has rules and procedures in place to manage the aspect of the risk that could lead to a claim.”

Hub recently partnered with Player’s Health, a risk-management firm that has developed a suite of applications to help sports organizations monitor and report injuries and abuse, establish protocols to mitigate risks, and improve the overall health and safety of athletes. Among its services: documenting every step an organization takes to protect its athletes.

“In the past, the traditional way to secure insurance was to send in your application and a copy of the waiver,” Hollingsworth says. “But now the carriers want to see more of the policy and procedures and training available to coaches and staff to ensure that there is something that shows the organization is proactive in addressing these exposures and helping coaches understand what these risks are and how to recognize them. We wanted to go beyond that in dealing with the organizations. In case there is a lawsuit—let’s hope it never gets to that—but we want to help them manage their risk.”

Tyrre Burks, founder and CEO of Player’s Health, says the firm is used by 450 schools, 30 universities, and 30 to 35 clubs or organizations. He says the suite provides carriers guarantees that organizations have done everything they claim to have done.

“All these organizations looking for coverage begin by filling out applications, and all say they conduct background checks and have injury-management protocols in place. But the carriers don’t have 100% confidence that they actually do,” Burks says. “Anyone can check the box on the application all day long. Player’s Health documents every background check, every injury management protocol, etc. The value the insurer gets is certainty.”

I don’t think we will see any more reduction in capacity, but I don’t see anyone champing at the bit to get into this.
Eric Mezmar, principal, assurance

The concussion issue is expanding liability for sports organizations and is being driven by a heightened awareness of concussions and the potential they carry for future neurological damage. For insurers, head trauma is an emerging latent exposure, similar to asbestos or pollution claims, with the full impact of the risk often not evident for many years.

Many neurological conditions, such as Parkinson’s disease and Lou Gehrig’s disease, have been strongly linked to repeated head trauma or concussions, although to date there is no way to determine which specific trauma might have caused the condition. Was it a brutal collision on the field last weekend, or was it a hit that happened in a junior high school football scrimmage?

For a professional athlete, claims would be paid under the employer’s workers compensation policy. Amateur athletes, however, have no such protection. Their coverage would fall under the organization’s general liability policy, and carriers have begun excluding head trauma or placing limits on claims payable.

As the chief legal, diversity and compliance officer at the National Junior College Athletic Association, Jeff White provides guidance to member schools as they negotiate renewals. He says coverage is becoming more expensive but is still available.

“The first thing that we’ve seen of course is that premiums have gone up,” White says. “Exclusions have been created, but insureds have the ability to have those exclusions added back in at an additional cost.”

To date, he says, no NJCAA school has dropped a sport over insurance costs.

Increased awareness and attention to the danger of head trauma has resulted in multiple safety improvements, including having independent medical professionals work on the sidelines to monitor athletes for concussion symptoms, reducing contact during practice, and training players better on proper tackling techniques.

John McLaughlin, managing director at Gallagher’s higher education practice, says brokers can make sure carriers know what individual clients are doing to mitigate risk. “The big change is educating the markets about the exposure and risk and helping them understand how higher education has stepped up and managed that risk,” McLaughlin says. “It’s our job as brokers to help educate underwriters on what actions and steps institutions have taken to manage that risk and protect their student athletes.

“From Division 3 schools all the way up through Division 1, everyone is looking at this, but they’ve all taken different approaches and different tacks. It’s a long, long laundry list of tactics…screening and baseline testing of all athletes as they come in and periodically looking at them. They have separate monitoring advisors and athletic trainers that do not report to the coaches on the field. They have monitors off the field looking for potential hard hits. They have strong waiver programs acknowledging risk.”

Two major sexual abuse scandals have rocked amateur athletics in the past decade. In 2012, former Penn State University assistant coach Jerry Sandusky was found guilty on 45 of 48 counts of molesting young boys during his tenure as a coach and then as a coach emeritus. He is serving a 30- to 60-year prison sentence.

More recent is the Larry Nassar case. A former Michigan State University and USA Gymnastics trainer, Nassar was sentenced to 40 to 175 years in prison after pleading guilty to molestation charges. More than 150 women and girls, including some of the nation’s top gymnasts, testified that Nassar molested them over a 20-year period.

Beyond the horror inflicted on his victims are countless examples of negligence by his employers, Michigan State University and USA Gymnastics. Both institutions were presented with multiple opportunities to investigate allegations against Nassar but failed to do so. As a result, Michigan State has agreed to a $500 million settlement for Nassar’s victims. USA Gymnastics has filed for bankruptcy, citing its inability to pay likely damages in pending civil suits.

The Nassar case put an exclamation mark on how high claims could go if an institution or organization is found negligent. “It took the element of repeated cases, including Nassar, to get Congress going, to get these leagues going,” says Andrew Shockey, an assistant vice president of risk management services at Philadelphia Insurance Companies. “Some of these leagues still don’t have applications required for volunteers. It’s not required yet. It should be. How simple is this?

Shockey says athletic organizations in particular have relied too heavily on background checks as a guard against the potential for sexual abuse.

“The carriers that understand that that is nowhere near enough, that there is more that must be done, are the ones that are still in the space,” he says. “Where you’re seeing Philadelphia Insurance withdrawing is where we see clients saying, ‘I’m meeting my state minimum requirements. I’m doing what is required by the state law as a minimum, and I am unwilling to consider additional, reasonable prevention efforts.’ Well, the minimum clearly has not been good enough for many victims, as we have all painfully seen in the last few years.”

So what does it take to convince Philadelphia Insurance to cover an organization?

“As long as that policyholder says, ‘I’m willing to entertain your thoughts and policy/procedure ideas, and I’m willing to implement them to the degree that I can,’ we’re probably going to do business,’” Shockey says. “But if they say, ‘No, that’s what I buy insurance for,’ that’s where we say, ‘No thanks.’ That’s our risk appetite. It’s just not worth it.”

Mezmar, from Assurance, says only a handful of carriers remain that will cover this risk. “How do you get insurance companies to write any sort of sports team or league that has children involved, or women involved, where there are team doctors who are doing physicals and treating injuries? From an insurance perspective, the submissions are vastly more detailed today than they ever were in the past.”

P&C All (Mostly) Quiet on the Business Interruption Front
An update on the state of business interruption litigation
It’s crucial for multinational companies to carefully consider their global casualty insurance needs regardless of their work model.
P&C Multinational Pivot