ILS and the Core Incompetence

Do reinsurers finally have their prices right?
By Adrian Leonard Posted on February 28, 2022 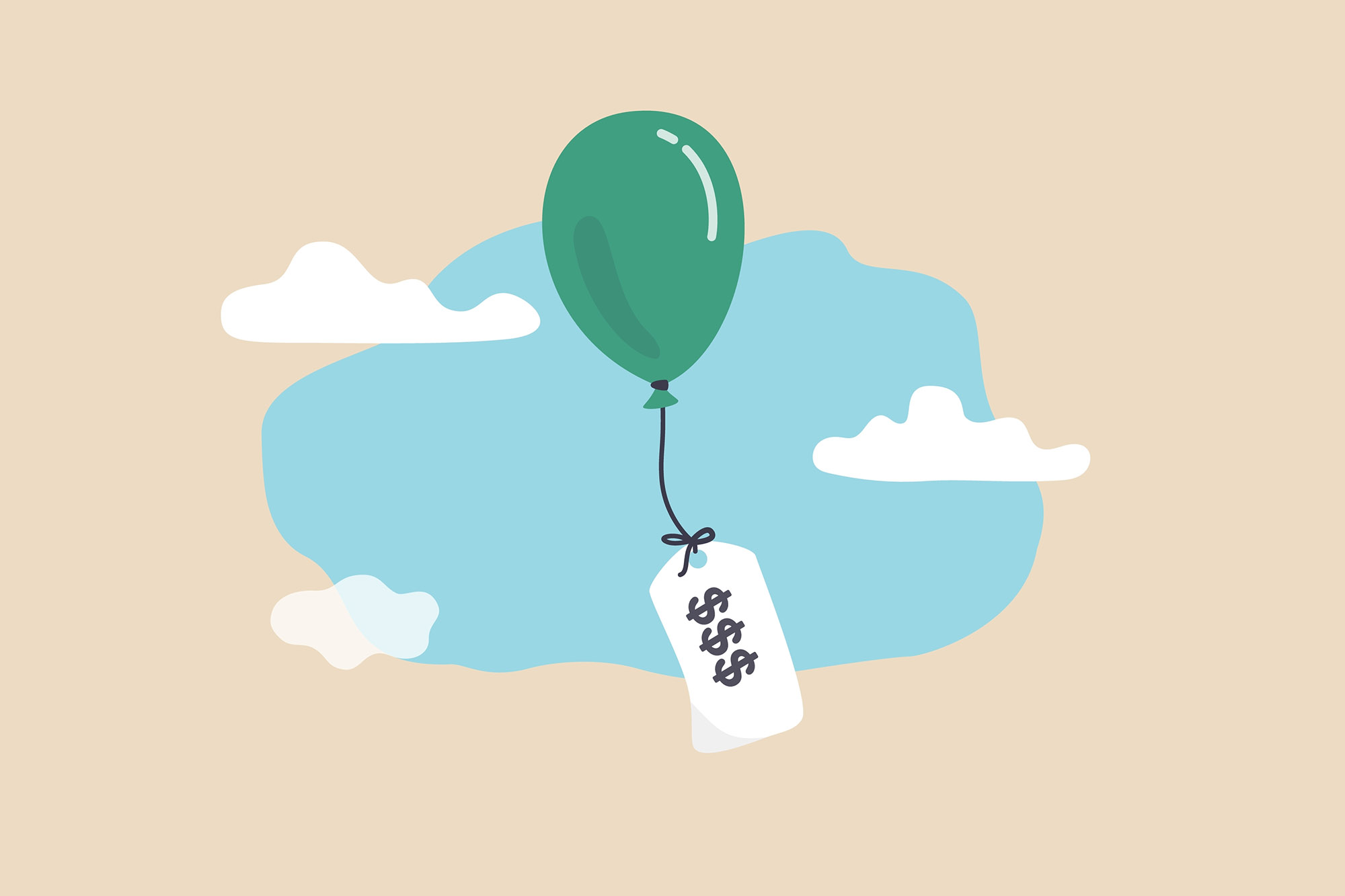 Twenty-five years is a long time in the world of insurance, about the length of three pricing cycles.

It was 25 years ago that the first catastrophe bond, St. Paul Re’s George Town Re, began a new era in the upper levels of risk transfer. It opened a structural door that allowed institutional investors to plough billions of dollars into insurance-market risks.

Since that issue in December 1996 (covered at the time by your present correspondent with some excitement), roughly a bajillion dollars has been invested by these newcomers to the insurance sector. Previously they could get a piece of the insurance action only through indirect means (private or publicly traded equities or debt), but the advent of tradeable insurance-linked securities—ILS to those in the know—offered a new avenue which removed the vagaries of pesky stock-market fluctuations and interest rates.

Due to specialist brokers’ tireless and fruitful efforts, insurance-linked risk became something of a must-have, especially for pension funds. Steadily from that red-letter day in December 1996, the initial hundreds of millions invested by pension funds, family offices, and others from the heady world of the capital markets became billions, then tens of billions. Currently, the capital from these sources available to be deployed through cat bonds and other ILS instruments is around $75 billion, down from around $100 billion in 2018 (no one knows the precise quantum for sure).

When the growth was gaining momentum, traditionalists from all sides argued that, as soon as the losses began to materialize, the new investors would turn tail and run from the new, non-correlating asset class. They wouldn’t have the stomach for catastrophe losses, many incumbents believed (or at least hoped). They said that, when pension funds first experienced the complete overnight loss of their insurance-invested capital, they would quickly decide that even a 7% or 8% return was insufficient and turn back to more familiar investments.

Despite the enormous catastrophe losses that began with the HIM hurricanes back in 2017, the staying-power of capital markets investors proved robust. Most private investors through family offices turned tail at that juncture, but the big funds took it on the chin.

At the time I argued that these investors couldn’t possibly be quite so naive. The international investment roadshows that delivered scores of presentations to hedge and pension funds around the world were certainly necessary to explain the economics and jargon of investment in catastrophe risk, but it was wishful thinking indeed to believe that these incredibly savvy professional investors were being hoodwinked and didn’t understand the quantum or volatility of the risks they were assuming.

That proved correct. Despite the enormous catastrophe losses that began with the HIM hurricanes back in 2017, the staying-power of capital markets investors proved robust. Most private investors through family offices turned tail at that juncture, but the big funds took it on the chin. Some doubled-down, expecting price hikes. They had understood the risks they were assuming, and they didn’t bail [writer pats self on back].

The sheer tenacity of these investors is proven even more clearly by their forgiveness for the phenomenon of “trapped capital.” While it’s clear the majority understood the risk they were assuming and the return they were to receive in exchange, the potential for their funds to be tied up beyond the one-, two- or three-year contracts most had bought into came as a surprise to many. I believe that the various issuers and their brokers also overlooked this possibility (rather than assuming the less palatable alternative—that its potential was undisclosed). But I can imagine the conversation:

“Oh, there’s just one more small thing. Reinsurers are really bad at assessing the total cost of any given catastrophe on their book of business. Sometimes it could take years. To earn your 3.5%, you’ll have to leave your money in the special purpose vehicle until all the sums are settled. But don’t worry…you’ll still accrue the bond income.”

Here I’d like to begin a long digression about how palpably bad the insurance sector is at forecasting total industry losses from a specific catastrophe, but I’ll save you those words. It’s true that, in the privacy of their own back offices, reinsurance underwriters have long been skilled in the art of overestimating ultimate natural catastrophe claims, thereby ensuring a modest but satisfying reserve release in future years. However, the sector’s ability to put a total price tag on a single loss event—even when aided by actuaries, data and vendor models—is dire. That’s why ILS investors now know the phrase “loss creep.”

I know it has become more difficult and that past performance is not a reliable indicator of the future (etc., etc.), but assessing risk well—then charging enough for it—is supposed to be the sector’s core competency. Complaining that the weather is changing or that exposures are up seem like poor excuses for doing your job badly. The three pricing cycles that have passed since the issuance of George Town Re provide some evidence: the sector’s approach seems to be to set a price, force prices down through competition until a few players go bust, then ramp them up to ridiculous levels. It’s an approach which has—to my enormous surprise—proved sustainable, but I am sure it looks pretty vacuous to the capital-markets crowd.

The reinsurance market has seen a significant exodus from catastrophe risk, including by some for whom it had been bread and butter. These companies clearly believe catastrophe reinsurance is underpriced, and they cannot therefore expect third parties to wade in (or to offer them retro).

They will be thinking about risk-free return, which is moving the wrong way for cat-bond issuers. According to Eurekahedge ILS Advisers, which tracks ILS fund managers’ assets under management and their performance, such funds delivered a return of 0.85% in 2021. That’s better than the risk-free return from triple-A government bonds for the same period, but not by much, and does not justify putting the investor’s entire capital at risk. Nor do negative returns in 2017 and 2018, a 0.92% gain in 2019, nor even 3.48% in 2020. Worse, as risk-free returns rise, the margin earned for reinsuring diminishes dramatically in comparison. No wonder the available ILS capital has dropped by about $25 billion over that time.

The irony, of course, is that departing investors will miss the hard market. I am sure they understand this, though. I expect their faith has fallen to a level where they don’t expect the sector to turn an underwriting profit even at higher rates. Comments like that of Fidelis CEO Richard Brindle, who described to the Insurance Insider some reinsurers’ “capitulation” in the catastrophe reinsurance renewal for Jan. 1, 2022, as “playing Russian roulette with their shareholders’ funds,” are not likely to build confidence.

Some reinsurers feel the same way. The reinsurance market has seen a significant exodus from catastrophe risk, including by some for whom it had been bread and butter. These companies clearly believe catastrophe reinsurance is underpriced, and they cannot therefore expect third parties to wade in (or to offer them retro). It also marks a change in cyclical behavior. In the past, reinsurance markets have been the driving force behind rising prices, after competitive insurers pulled them down over time. This time the insurers themselves pulled them up, while retrocessionaires pressured the reinsurers from above.

Small wonder the capital markets are retreating. They understood the risks they were taking on. They trusted reinsurers to know what they were doing and to price risk correctly, taking account of ratchet variables like increasing values at risk and growing frequency and severity. Understandably, many have now lost patience after experiencing first-hand reinsurers’ collective inability to price their product correctly, forecast post-event losses accurately, and deliver an adequate premium over the risk-free return (let alone cost of capital).

Maybe now, as the pricing cycle reaches a peak and overall returns improve, reinsurers have their risk prices right. If that’s true, those excellent brokers can perhaps renew capital markets investors’ lapsed enthusiasm. Twice since George Town Re, believers have proclaimed the reinsurance pricing cycle dead—both times during peak years. Maybe this time they will be correct.