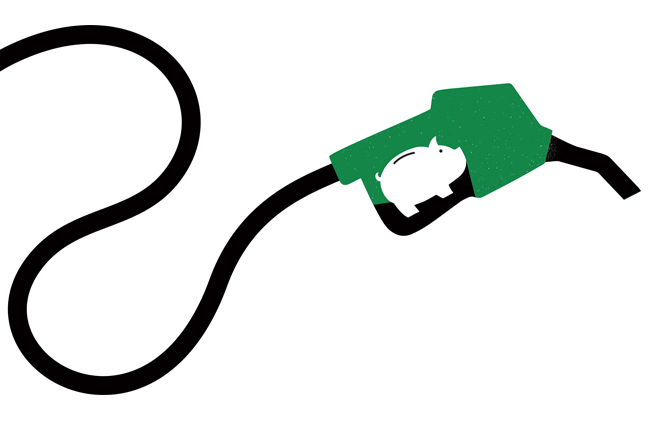 The precipitous fall in oil prices over the past two years has left the energy landscape littered with bankruptcies, liquidations, restructuring and layoffs as energy companies struggle to stay alive until prices show some sign of sustained recovery.

For insurers in the highly risk-sensitive energy space, themselves grappling with a prolonged soft market, the challenge is how to offer competitive pricing but still retain underwriting discipline and profitability.

“Our challenge right now is the price of oil and gas in the energy market,” says Carmella Capitano, vice president of Energy Casualty at Starr Companies. “We want to make sure we are writing the bread and butter accounts, the right accounts, but it is challenging when there are so many bankruptcies and losses. You need to look at overall profitability of the accounts—the bottom line, not just the top line—so that when prices get back to a more normal level we’re still there even though some of our competitors may not be.”

“We want to make sure we are writing the bread and butter accounts, the right accounts, but it is challenging when there are so many bankruptcies and losses.”

The oil and gas industry has a history of booms and busts, but the current price collapse, which began in late 2014, is the deepest downturn since the 1990s. Earnings are down for companies that were logging record profits. They have shut down a huge number of rigs, significantly rolled back investment in exploration, production and infrastructure, and laid off an estimated 250,000 workers. Prices that once topped $100 a barrel are hovering between $40 and $50 per barrel. At one point earlier this year, prices fell below $30 a barrel.

“We are witnessing a continued downturn in terms of overall activities, both offshore and onshore,” says John Stilwell, executive vice president of Lockton Companies. “Upstream (where the oil is found, drilled and produced), midstream (where oil is transported) and downstream (for refining and petrochemical operations) all are feeling the impact of a sustained collapse in commodity prices. It is definitely a fight for survival for many of these companies.”

How long the prices will remain between $40 and $50 per barrel, or marginally higher, is anyone’s guess, but industry experts do not anticipate a rebound until at least next year. And even then, the consensus is that it will be some time, if ever, before prices return to $90 or $100 per barrel.

“I think we will see the trend continue, at least for a while, absent any dramatic change in the commodity environment,” Stilwell says.

The falling oil prices have severely affected energy sector insurance premiums. Stilwell says industry estimates of premium, at roughly $4 billion prior to the 2014 downturn, now stand between $1.6 billion and $1.9 billion. This is due to rate softening and a significant decrease in exposures and activity.

On its face, that sounds devastating. But insurers continue to make profits on their energy accounts, and while some carriers have stopped writing certain types of business, none have pulled out of the energy sector altogether.

“In some cycles we have seen…oil prices were going down, but we often saw insurance prices going up. But in this cycle, oil prices are going down, and insurance prices are also going down and going down pretty rapidly,” says Bruce Jefferis, CEO of Aon’s Energy Practice. “There is an abundance of capital in the insurance market in general and also for energy companies, so when there is a lot of capital, insurers tend to compete on price. It is a good buying opportunity for energy companies when they really need it, but insurers obviously struggle with that too.

“When prices first started dropping, a lot of insurers resisted premium drops, but at some point, you can’t deny it any more. You either continue to move with the market and retain your market share or you let it go. Every insurance company has to make that decision. So far, few, if any, are out of the market. They might have an underwriter not want to do a particular deal, but they haven’t stopped or suspended underwriting in the class. It will take some of those companies eventually pulling out of the business to reduce the capital flow and change that pattern.”

“Insurers are continuing to make money and are profitable,” Stilwell agrees, “but when you look at the downturn in premium and sustained operating costs, I think it will become more and more difficult to continue profitability in this rate-softened environment. What has helped insurers so far is that there haven’t been wide-scale losses, such as natural disasters like hurricanes or other systemic losses in the industry.”

Stilwell says he has not seen any of the brand-name carriers indicating any difficulties in continuing to write energy accounts and most are open to renewing their coverage on most risks.

“I have yet to see somebody drop an individual risk for fear the company is unable to continue financially,” he says. “What I have seen some do is look at the pricing of that risk, determine if it fits their risk appetite, and if it doesn’t, they may look to either price it accordingly or elect to not continue on that risk.”

Starr is one of only a few carriers with a dedicated energy team that includes veteran underwriters, loss control engineers, actuaries, credit and financial experts, claims specialists and account service managers. Capitano says to weather the storm, the company is focused on value rather than price and is ensuring its accounts are properly underwritten and have adequate loss control measures in place.

“You want to make sure the pipelines are newer and maintained properly, the sites are maintained properly and that you are sure, from a loss-control standpoint, that all the i’s are dotted and the t’s are crossed,” she says. “You can’t prevent some of these claims occurring, but you can prevent a significant number of them with the right safety steps, making sure the products are up to specs, and so on.”

“We are writing the most premier type of business,” Capitano says. “Overall, Starr Energy has very few bankruptcies among our customers, and that says a lot considering oil and gas prices have been depressed for more than a year. A lot of that is due to good underwriting and working really closely with our credit team.”

“Some people are quoting at much lower premiums,” says Gregory Cropp, assistant vice president and national practice leader for Starr’s Excess Energy Division. “We would rather maintain our underwriting integrity and write profitable accounts with a long-term relationship than compete on price and run the risk of bad accounts.”

“The first and most important thing we do is risk selection,” says Les Lappe, assistant vice president and national practice leader for Starr’s Primary Energy Division. “The top accounts for us are the best accounts within the class.”

One of the critical elements of risk selection, Cropp and Lappe say, is picking the right broker partner and the right clients who appreciate a long-term relationship and value continuity and who are not interested in price shopping every year.

“We have very good broker partners who know who we are, what our capabilities are, and those are the folks we want to write more business with,” Lappe says “There are some folks out there who want to control their own business and shop their accounts. Those are not the ones we want to partner with. We want to partner for the long term with brokers who allow us to shine and show our underwriting prowess.”

Aon’s Jefferis says brokers must be “very agile” in dealing with their clients in these trying times, making sure they are aware of market conditions and helping them change the way their insurance is structured or what to buy and not buy.

“Our clients are in dire need of efficiencies in every area, and naturally, insurance is one of them,” he says. “Insurance in the energy business is a relatively big line item on the expense side. Some industries don’t have to pay a lot for insurance, but the energy business is high risk and has big values, so there is a lot of focus on insurance costs, especially with contractors. We have to be aware of that and thoughtful and proactive with our clients and focus on what we can do to help.”

“We do not want our profitability to suffer,” Cropp says. “We are willing to let an account go if it means losing gross written premium as long as our profitability is maintained. When the market hardens, as it will do, we would expect and our clients would expect we would partner with them during that time too. It is a situation where we will see them through the hard times, and we would like them to see us through the hard times as well.”