While much uncertainty remains, here’s an initial look at where losses might come from in Puerto Rico.
By Sandy Laycox Posted on October 30, 2017 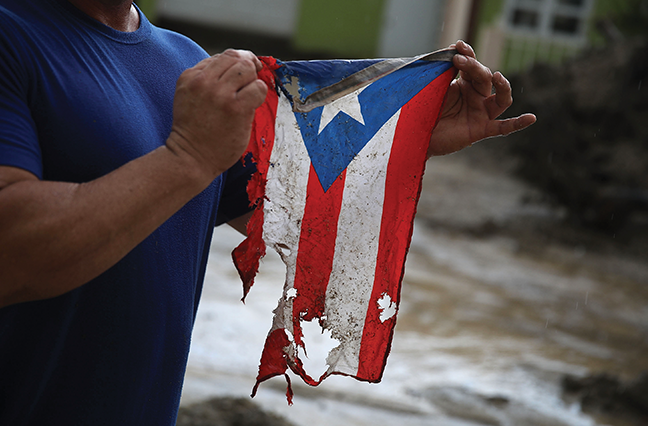 As we planned this month’s features on Hurricanes Harvey and Irma, we began to see the devastation caused by other, ongoing natural catastrophes, including Hurricane Maria. And while we didn’t want to leave the devastating effects of this storm out of our hurricane coverage, digging into the details of Hurricane Maria’s effects is going to take time.

Clearly, there is still a great deal of uncertainty around the effects of this storm, and we will continue to monitor the developments. However, in an effort to gain some initial insights into Maria and, in particular the effect on Puerto Rico, we spoke with Sean Kevelighan, CEO of the Insurance Information Institute, on-site at The Council’s annual Insurance Leadership Forum in October.

“We’re still in the middle of a very active hurricane season, and we are seeing the impacts of Hurricanes Harvey, Irma and now Maria,” he says. “And these are all different events in a lot of ways. You saw with Harvey a flood event, with Irma a wind event, and what’s most different for Maria and the insurance market is there was a significant amount of industry built in Puerto Rico, with the likes of pharmaceuticals and others. That’s why we’re seeing a pretty broad spectrum in terms of the amount of costs that the industry could incur—especially on the commercial side, you really saw a spike in those estimates.”

Kevelighan echoes some of the thoughts behind AIR’s estimate. The modeler notes that “roughly 60% of the AIR-modeled losses are generated by the industrial line of business. Unlike many islands in the Caribbean, whose economies rely heavily on tourism, the economy of Puerto Rico is largely driven by manufacturing—primarily by pharmaceuticals, petrochemicals, electronics, and textiles within that sector. (It is estimated, for example, that there are more than 80 pharmaceutical manufacturing plants in the territory.)”

AIR notes that some of the uncertainties that come into play in Puerto Rico have to do with the potential effects of things like demand surge—increases in the price of labor and materials following a natural catastrophe—business interruption losses and business continuity planning, and infrastructure challenges during recovery. “The slow and extended restoration can lead to higher levels of damage to insured properties as building envelopes remain open to the elements.”

Kevelighan noted that the possibility exists for increases in reinsurance and commercial rates coming out of Maria, but exactly what and how, remains to be seen. On a larger note, he says that the trend in extreme weather is on the rise but presents opportunity for the insurance industry.

“You can go back to 1980…and you’ll see a significant increase in terms of frequency and severity, most of which are in the meteorological or hydrological—storms and flood type events. What I think is important for the industry to focus on is less about…the politics of what’s going on and more about how we get to the solutions. And that’s a real opportunity for the insurance industry…let’s see how we can mitigate the risk and make our communities more resilient. This is what we do as an industry, and I think we’re well poised and have a really good opportunity to do that.”

He brings up reauthorization of the National Flood Insurance Program at this crucial time. Multiple experts have noted that there is the potential for large uninsured flood losses with all of these storms, as it’s often not covered in the policies people have. “Flood has impacted 90% of every major catastrophe. There’ s a flood issue in every one,” says Kevelighan. “We’ve got to increase our education about that. It’s unfortunate that our customers are not as educated [about flood] as they could be, and honestly the reason is the private market’s not there. If you think about what we could do with flood if the private market was in there and it was able to market itself like we see in other areas like auto insurance and home insurance, and we’re able to educate people…not just to help people appreciate why insurance helps but also appreciate what it’s going to take to mitigate the risk, because honestly the insurer and the customer don’t want to suffer the risk.

“We need to overcome and/or remove the politics from the program in order to make it more modern and actuarially sound. History shows the government does not know or appreciate underwriting, and that is in large part because politics gets involved. This is not going to be an easy issue to overcome, and that is going to be the biggest hindrance to the private market entering into more flood insurance offerings.”
Kevelighan also discussed the importance of rebuilding infrastructure with resilience in mind.

“I think there’s going to be a good a case study that comes out of the difference between Irma’s impact and Harvey’s impact. In the state of Florida, after Hurricane Andrew, you saw building codes go up and get more solid in a lot of ways…And then you look at Harvey, in that area of Houston where building codes are virtually nonexistent. So you’re going to see an illustration and a comparison of communities and what resilience does. And as an industry, we need to be helping our customers understand the value of that. If catastrophe strikes, how can you build forward instead of just building back to the way it was?”

For more of our conversation with Sean Kevelighan, listen to the podcast at leadersedgemagazine.com/puertorico.