Increasing losses due to weather-related risks are changing the appetite for certain exposures.
By Annmarie Geddes Baribeau Posted on January 21, 2020 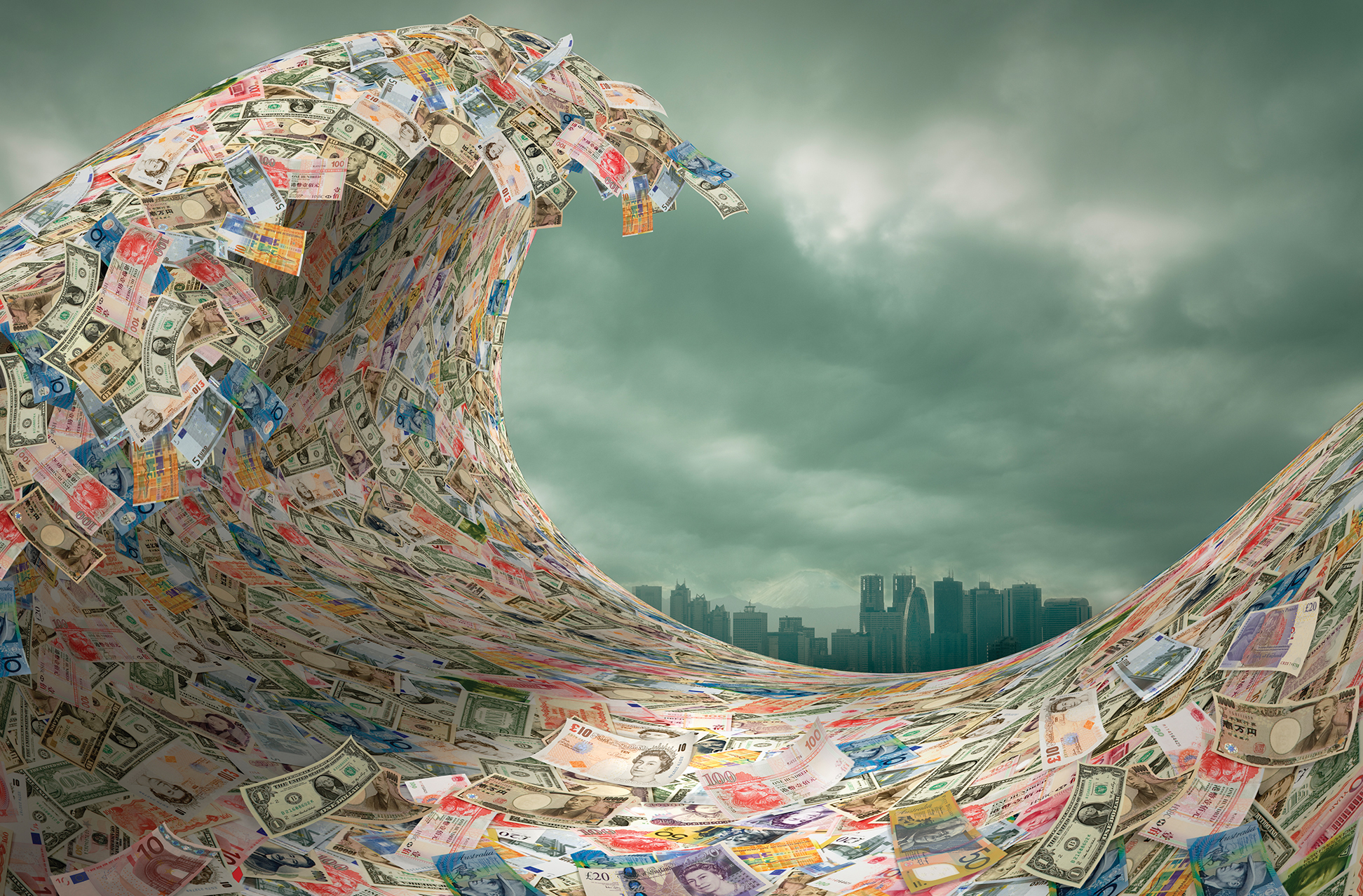 Not too long ago, the ebb and flow of weather-related insurance loss cycles were a presumption.

Such was the case after 2005, which is now the second-most expensive weather-related loss year, mostly due to Hurricane Katrina and her friends Rita and Wilma. After the insurance industry covered $79 billion in inflation-adjusted losses, according to Verisk Analytics data presented on the Insurance Information Institute website, there was a long enough calm after the storms to replace the rainy-day fund, as it were, and keep costs stable.

At $104 billion dollars’ worth of damages, Hurricanes Harvey, Irma and Maria helped 2017 replace 2005 as the most expensive year in history for insured U.S. catastrophes.

To no one’s surprise, commercial property coverage prices began rising in the third quarter of 2017.

Additional price increases are expected as the planet continues to warm, creating ever more weather-related losses.

Fast-forward to 2017, which, with $104 billion in insurer payouts from the combined Harvey, Irma and Maria hurricanes, replaced 2005 as the most expensive year for insured U.S. catastrophe losses. However, 2018 did not bring a significant lull to begin recovery. At $50 billion in losses from Hurricanes Florence and Michael complemented by West Coast wildfires, it became the third-costliest year for insured U.S. catastrophes.

And these price increases are not expected to settle down in the face of future anticipated losses. Already, the growing exposures attributed to climate change are starting to make insurers more careful about what they are willing to cover and at what price.

“Clients expect their brokers to secure them adequate coverage at the best price possible,” says Barry Franklin, head of risk at Zurich North America. But over time, Franklin says, “it is conceivable insurers will not be able to cover the full risk at an attractive price [and] customers are going to take much greater ownership of exposures.”

Due to the expected change in insurers’ risk appetite, brokers will need to ensure they have as much understanding as possible about the exposures their clients might face due to climate change and the market’s appetite for those perils. “The brokers are going to have to become better counselors not only on insurance but on risks that we know will not be coverable,” says Rodney Taylor, a managing director for Aon Risk Solutions. “We need to broaden our knowledge base on things already not insurable and difficult to insure.”

Climate change is a broad, technical and controversial topic. Within the industry, some people recognize the immediate impact of climate change. Others, not so much.

In the “12th Annual Survey of Emerging Risks,” sponsored by actuarial organizations in North America, more actuaries and risk managers (22% of the total respondents) chose climate change as the top emerging risk, replacing cyber risk, which had held the top spot since 2015.

When respondents were asked about the likelihood of occurrence, they rated weather events, failure of climate change mitigation and adaptation, and natural disasters as the top three risks (data fraud/theft and cyber attacks rounded out the top five).

“Climate change is going to be a bigger deal, and the horizon is not as far off as people think,” says Taylor, who sees the environmental impact affecting customers within the next five years.

Reinsurers, along with some insurers and the world’s largest brokerages, are publishing impressive reports highlighting both the evidence and potential ramifications of what climate change will mean. The trick will be translating technical material to show its relevance to clients.

In the big picture, there is observable evidence that the climate is changing. However, this should not interfere with responding to its reality, experts said. “You can argue about the cause,” Taylor says. “You can’t argue the fact it is happening.”

Perhaps the most compelling manifestations of climate change are rising sea levels. They are going up about 3.5 millimeters per year on average globally, says Dag Lohmann, CEO of KatRisk, a catastrophe modeling company. This means that, for example, when king tides occur they can bring more flooding not associated with any particular storm to low-lying coastal cities such as Miami, Lohmann explains. King tides are slightly higher tides—in most cases “only a couple inches,” according to the National Oceanic and Atmospheric Administration—that occur about twice a month due to the sun and moon’s alignment and the predictable simultaneous pull on the earth.

Climate change has created a new risk for reinsurance providers. For example, historical loss patterns may no longer necessarily reflect the current and future exposure situation.
Ernst Rauch, global head of climate change for the public sector, Munich Re

The response in Miami to potential flooding is a sign of what is to come in other parts of the country. Already, some businesses are moving away from the waterfront to avoid the impact, says Illya Azaroff, an architect at +LAB, a Brooklyn firm that designs hurricane-proof homes, and a professor in practice at the New York City College of Technology.

The city of Miami Beach has taken matters into its own hands, implementing a reported $500 million plan that includes raising streets and installing a pump system. While numerous experts praise the plan, some locals have been critical. In an early phase of the project, one restaurant next to a raised street was flooded after a heavy rain, and the restaurant’s insurance claim was initially denied. “At first, the federal government’s National Flood Insurance Program told the restaurant his space now qualified as a basement with the newly elevated street,” The Miami Herald reported.

“The raising of the street and associated level of the building next to the street have substantial differences, in some cases making the ground floor below street level,” Azaroff says. Raising streets has many consequences for accessibility, rentability, delivery, pickup and flooding. “More tailored approaches are needed to address these inconsistencies to avoid these lower-lying levels of existing properties losing their use and value,” he says.

Along the Gulf Coast in Louisiana, Texas and Florida, the sea level rise is further amplified by a sinking coastline, Lohmann says, increasing the damaging effect of storm surges from hurricanes. “KatRisk calculated that one centimeter of additional combined sea level rise and sinking coastline will increase losses from storm surge on average by about 1.2% in the U.S.,” he says.

In California, three years of drought conditions led reinsurers and insurers to either pull out of fire-prone areas or charge substantially more for coverage. The amount of non-renewals jumped 10% between 2017 and 2018, according to a report released last August by the California Department of Insurance. In some cases, premiums are doubling and tripling, according to the Los Angeles Times. That is not a surprise when the industry has been covering $1 million-plus homes during the harrowing wildfires in recent years.

As a result, California insurance commissioner Ricardo Lara ordered the state’s insurer of last resort, the FAIR Plan, to offer a comprehensive policy in addition to its current dwelling fire-only coverage. The goal is to provide traditional homeowner insurance features, such as coverage for water damage and personal liability, by June 1, 2020. He also required the FAIR Plan to increase coverage limits to $3 million from $1.5 million. In December 2019, Lara declared a one-year mandatory moratorium on non-renewals, helping owners of 800,000 homes.

For brokers interested in raising their own or their clients’ awareness of climate-related risks, some tools are available.

Climate Central offers a Surging Seas Risk Finder that allows you to search by location to learn the likelihood of flooding by year and see areas that are susceptible to being underwater by six feet due to storm surge. riskfinder.climatecentral.org,

The Actuaries Climate Index, which was developed to inform the public about climate change, charts observed changes in extreme weather and sea levels on a quarterly basis. actuariesclimateindex.org/home/

Risk from the changing environment is not just related to property but also introduces other liabilities. There are potential general liability claims for third-party bodily injury and property damage, Taylor says. Liability risks involve entities that emit greenhouse gases, such as fossil-fuel power generation plants, cement plants, steel mills and refineries, and other firms in the energy industry, he says. People who believe they are impacted by climate change have sued these companies in recent years. For example, Taylor says, victims of Hurricane Katrina alleged the storm conditions were more severe due to the higher temperatures caused by accumulation of greenhouse gases in the upper atmosphere. Their case was dismissed with prejudice in circuit court due to lack of standing, but appeals took it all the way to the U.S. Supreme Court, where plaintiffs lost.

In December, Pacific Gas and Electric (PG&E) reached a $13.5 billion settlement with California wildfire victims from 2015, 2017 and 2018. Fires in those years killed more than 100 people and destroyed more than 20,000 buildings. The power company’s outdated equipment and maintenance were found to have caused the fires in the dry forest.

Another big area could be directors’ risk. “They are going to be on the line for the decisions they are making right now,” Taylor says. One example could be management electing “to continue to be involved in activities that emit greenhouse gases into the environment in spite of overwhelming evidence that such emissions are leading to warmer temperatures and changes in weather-related events.”

While such lawsuits have been unsuccessful so far, sources say litigation costs go into millions of dollars in legal fees.

Clients need to know that insurers are going to start looking at businesses through a different lens. Besides property use, location, risk mitigation and other traditional underwriting factors, Franklin says, “insurers will increasingly consider broader environmental, social and governance factors that align with their own corporate values, principles and priorities.”

Ultimately, sources say, the goal of sustainability means more than addressing property risk. It also means reevaluating business models. Depending on the company, encouraging sustainability might mean reviewing processes that could adversely affect the environment and encouraging commercial insureds to reconsider investing in businesses that promote the use of fossil fuels. “The brokers need to engage with their customers more holistically and look at insurance as an important component of overall risk management,” Franklin says. For example, he adds, in the near term, “companies need to think about building resilience to help insurance with recovery.”

Clients will need to consider how their business could be severely interrupted, Taylor says, and should be looking at contingent and direct business interruption coverage. “In reviewing property insurance programs with clients, we have recommended higher limits for business interruption as a result of the potential for longer periods of time to restore the physical damage caused by weather-related events,” he adds.

Adapting will mean clients will pay near-term transition costs, which Franklin described as “the cost of adapting existing business processes and supply chains to new energy sources and new legal and regulatory frameworks.”

David Snyder, vice president of international policy for the American Property Casualty Insurance Association, sees brokers as community leaders who can work with local and state governments to help improve infrastructure. It is an investment that pays off. Research from the Zurich Flood Resilience Alliance has shown that community-level resilience-building projects avoid, on average, five dollars of loss for every dollar in spending.

“We need to be a role model for other businesses that have been looking at us,” Taylor says.