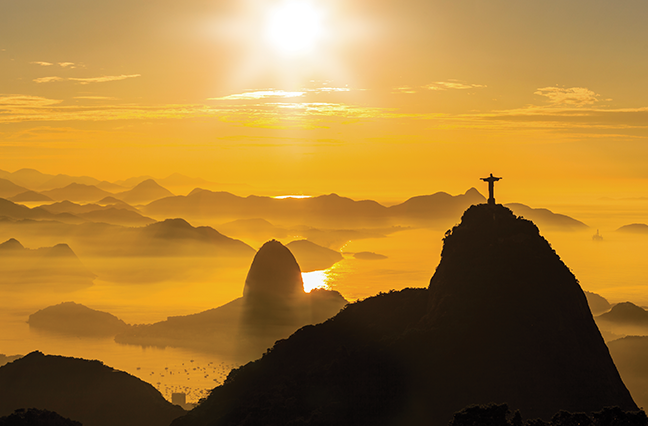 As the price of solar energy systems and generating plants decreases due to greater competition, more countries in Latin America are encouraging investment in solar energy and other forms of renewable energy, a trend that has created new markets for insurers.

“I would say that our work in Latin America is one of the most important initiatives that we have in regard to construction and operational insurance policies,” says Alvaro Gabaldon, vice president of Global Onshore Energy & Construction for Aspen Insurance.

Aspen a year ago opened its Miami office, where Gabaldon is based, and has already expanded from two to five staff members. Together they have a combined 200 years of experience, and the office is exclusively focusing on underwriting hydroelectric, solar and wind power business in Mexico, Central America and Latin America.

“It is really starting to accelerate,” agrees Daniel González, Spanish programs director for Solar Energy International, a nonprofit educational foundation in Paonia, Colorado, that provides education and instruction in solar energy. “There has been definite growth in the last five years, and especially in the last two years. Governments are now establishing better policies for investment in this area. The growth also has to do with the solar energy industry becoming much more competitive all around the world. The prices of systems and installations and developments continue to go down as the industry expands.”

“Infrastructure development in Latin America is highly driven by the political and economic situation of each country, so how the government develops interest in these projects affects how renewable energy is being implemented in these regions,” Gabaldon says. “It doesn’t mean other countries do not have an interest. They do have an interest but perhaps not the involvement yet of government.”

He says countries often move to renewable energy to take advantage of their natural resources. “Chile and Peru, for example, are countries that have a large potential for renewable energy growth and an abundance of natural resources that have not been developed,” Gabaldon says. “In Chile, they combine sun and water energy resources throughout the region. Northern Chile provides almost perfect conditions for solar power, with the availability of sunlight nearly 100% year-round. Southern Chile has abundant water resources from the high-elevation glaciers, rivers and rain so that region also has potential for renewable energy development. Other countries in the region have great potential as well, especially where geography and terrain offer unobstructed, consistent wind—an ideal scenario for the development of wind power.”

Most of the growth now is in the PV, or photovoltaic, solar sector, González says. PV devices generate electricity directly from sunlight via an electronic process that combines a solar module with a solar thermal collector.

According to the Solar Energy Industries Association, the average price of a completed PV system has dropped by 33% since the beginning of 2011.

Gonzalez says the majority of the growth in Latin America is in utilities-scale projects that generate multi-megawatts of solar power. However, he says, “slowly, each government is developing new legislation and policies that are designed to accelerate the growth of residential PV.”

Gabaldon and González say Mexico and Chile are the leaders in the development of solar energy capabilities in the region. A number of other countries in the area are taking baby steps toward solar energy because of economic and political pressures and because the technology is still relatively unknown.

“It takes time for these new industries to install themselves in the different countries,” González says. “Some countries still have high resistance because of a combination of things. Some countries continue to rely heavily on different types of fuel or sources of energy. And a lot of it comes down to the politics of it all, just like in the U.S.”

For example, he explains, the energy sector in Latin America tends to be largely monopolized, with little competition over who controls the distribution of energy. In addition, state-owned companies control energy development in many countries. “But they all are trying to figure out, from a political and financial development point of view, what is best,” González says. The nations of Latin America each have a distinct culture, he adds.

“Green and renewable energy,” Gabaldon says, “are just starting to catch on, and again, each country is very different, varying according to economics, policies and awareness of renewable power.”

He and González agree Chile is the most advanced Latin American country developing projects for utility-scale PV solar.

Gabaldon says Brazil, because of its size, its power demand and the magnitude of its industries, is destined to become a major player.

“Brazil is still on the fence,” González says, “but the country is starting to hold conferences on solar and renewable energy. Once Brazil moves forward with the right type of polices and legislation, it will become one of the leading countries. Brazil has such an industrial capability that it is just a matter of time before solar takes off. We expect Brazil will be one of the main leaders.”

Gabaldon says Aspen is relatively new to the Latin America market and the Miami office is focused particularly on Chile and Uruguay.

“There are other insurers working on the same product line,” he says, “but we differ from other markets because of our deep experience, our technical knowledge, our engineering capabilities, our ability to underwrite this kind of business from Miami, and our position as a leader in the market to provide the best services and practices in this industry. As a new provider of insurance, it is very difficult to spread yourself around the region, but our experience and relationships are useful in developing this market for Aspen.”

So far, Aspen has begun writing business in Chile and has a number of other projects in development. The company is working on solar and wind energy technologies in Honduras, Puerto Rico, Guatemala, Uruguay and Costa Rica. It is also involved in renewable energy projects in Mexico, Peru and Bolivia.

“A construction project can take from six months to a year to comply with engineering, planning, design and procurement, local and international regulations, environmental permits and government bureaucracies,” Gabaldon says. “Once that is complete, an insurance policy can be written and issued. You need underwriting, engineering and analysis, and capital has to be approved, and then there are negotiations to get to a final permit to start building any project.”

For a recent project in Chile, he says, Aspen took a unique approach, marketing other solar policies throughout Mexico, Central and South America: combining a construction and an operational policy into one.

“Typically, a company needs a construction policy, and when the construction phase ends, the owner goes out to the insurance market again to buy an operational policy,” Gabaldon says. “What we did was proactively combine two policies in one. We provided support for the construction of the project, and then it will be an automatic transfer to an operational policy.  Because of that, the owners and investors for this project will have continued coverage through the transition from a construction risk project to an operational risk program, eliminating gaps or uninsured risk coverages that could have had a direct financial impact on their operations in the event of a loss.”
Gabaldon says offering such an approach is not unusual “but it is not common either.”

“Aspen is not the only carrier in the market to do this type of policy, but we are one of the very few that can, and we do it well,” he says. “When you do this, you are taking a very proactive approach and providing superior service to clients, agreeing to terms and conditions ahead of time, and at the same time assuring the client that you are there for the long term. You will be their partner and continue with them to the next step, and you may continue to renew this account for many years in the future.”

He says Aspen is taking this approach because the company is new to Latin America and committed to staying there. “We want to establish relationships and a market presence that can last a long time,” Gabaldon says.

“Clients see the value Aspen offers by providing one policy that covers both construction and operations.”