Predicting What Your Employees Will Do

Imagine if brokers could sell that to clients.
Sponsored by ADP Posted on July 19, 2017 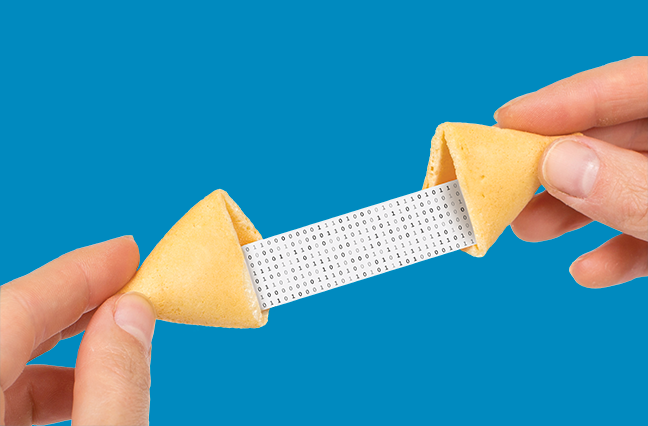 It’s a broker’s fantasy world. What if there were enough data at their fingertips to more accurately estimate how many of a client’s healthy employees will suffer a chronic disease in the coming year? Or which benefits options are most effective at retaining employees? Or what potential employee issue is hiding under the radar?

As the uses for big data expand, so will the ability to draw upon historical performance to model potential outcomes, which carries far-reaching implications for brokers.

Dan Openshaw, Hub International’s director of analytics, says data historically has been siloed, making it unavailable to answer questions and preventing brokers from applying it to optimize the delivery of benefits packages.

“We’re seeing on the Internet we’ve got all kinds of data available to us, but that hasn’t been the case in employee benefits for many reasons, mostly technological issues,” says Openshaw. “There has been a lot of difficulty in aggregating and sharing information.”

What if someone could aggregate, then make anonymous and finally share massive quantities of data critical to benefits brokers in a format that was simple to understand and manipulate? What opportunities would such a service create?

“It’s the art of the possible,” says Marc Rind, vice president of product development for ADP. “Understanding and doing analysis across the board of the best types of plans that are being chosen by different segments of the population across different locations.”

ADP was known for decades as a top third-party payroll and employee benefits administrator, but in recent years the company has begun using its giant data resources in areas such as human capital management (HCM) and predictive analytics. In late 2016, ADP released a new feature of its ADP DataCloud analytics solution called Turnover Probability. Turnover Probability complements the existing reporting, analytics and benchmarking features of the ADP DataCloud to enable clients to project future turnover based on historical trends in their data. That allows them to understand the factors that influence turnover, to identify where turnover is most likely to occur, and to develop strategies to proactively avoid increasing turnover based on these insights.

ADP is currently investigating other potential models to help clients understand possible future outcomes given historical patterns in their data. For example, data models can help companies determine which internal candidates would be the best fit for which roles or which elements of a compensation package most correlate to accepted offers by role, location and other data points.

“The fact is we pay one in six people in the U.S.,” Rind says. “We have this wonderful, huge data set that we’ve been collecting as we process payrolls and W2s and manage the HCM.”

That has major ramifications for benefits brokers, Openshaw says. “I think this is a huge win for employers, because they have so much information at their fingertips today but they’ve never really used that information.”

Openshaw says that, while there are other third-party vendors who offer this type of service, none has the data bank that ADP has, which offers “decision-quality,” payroll-based data insights as opposed to alternative data sources that are survey-based. “Imagine if they are able to aggregate all this and create benchmarks for a client in specific industries or a region of the country, because everything is different regionally,” Openshaw says. “Costs are different. Salaries are different. Everything is different.”

Dino Zincarini, the ADP DataCloud product evangelist, says the company’s long-standing position as a payroll and benefits administrator means it has already aggregated and formatted data from more than 30 million employees. Expanding to data analytics from payroll administration was a logical decision, he says.

“We own the transactional systems that generate the data that eventually get analyzed; therefore, why don’t we help companies get started with analytics?” Zincarini says. “We already have the transactional data from systems like payroll and human capital management. What ADP did was build a big data infrastructure to take the data out of those individual transactional systems, aggregate it and visualize it so that people apply the data to help make better business decisions.”

Because of the advancement in big data technologies, ADP sees many possibilities around the use of its benefit plan enrollment data, combined with its payroll and HCM data. “We are able to build profiles of employees across various sectors and company profiles,” says Rind. “Leveraging that information to understand the types of benefit plans being elected by which types of employees could help inform companies to provide the optimal plans based on their own organization’s profile.” Rind adds that, “with the ability to combine data…it will also be possible to see the ultimate impact of unattractive benefit plan offerings on employee retention.”

Art of the Possible

Zincarini shares how one company he worked with applied analytics to past medical benefit plan usage patterns to understand which features of the plan were most valued by which segments of the employee population. The company then redesigned its plan with multiple tailored programs rather than having a larger, generic plan with features that many employees didn’t use, which also reduced costs.

Openshaw says companies can also dig deeper into benefits data to see how they compare to the competition. Or they can look at pharmacy data to determine which prescription drugs are actually used, versus those that are prescribed but not taken by the patient. “These could be young individuals who have never been on an insurance plan or a medical plan,” Openshaw says. “Maybe they can’t afford the deductible on the plan. [Brokers can] look at all these elements together and in combination and try to create a strategy around what would be a good plan.”

“When I think predictive analytics, I’m thinking from an employer’s cost perspective,” Openshaw says. “What data can they get their hands on to either estimate future costs and/or model optimized scenarios that they could implement to prevent future costs?”

Showing clients how to reduce their medical costs is a differentiator. And it can go beyond looking solely at medical data. Openshaw says there may be ways to use big data to identify lifestyle habits that negatively affect employee health. For example, he notes clients might consult information regarding absenteeism, workers compensation, demographics and workplace safety. “On the job, where do we have accidents?” he says. “What’s going on with some of the individual performers? Has something changed in their performance? That may be a trigger to something else going on, and maybe you can prevent a future accident on the job or pull them off a job.”

Zincarini says predictive analytics should also be a transformative development for the human resources community.

“HR departments are very interested in analytics at this moment and are often catching up with the analytical capability of other departments, like finance,” he says. “I think the reason HR has lagged is because companies haven’t made HR technology a priority, but lately that’s changing. Most business leaders will say people are their number-one asset. With HR analytics, companies are starting to think about how they manage that asset overall and understand it better. In short, they are applying the analytical techniques and tools they’ve used on other types of data to the people-data owned by HR.”

This new emphasis is bringing HR into the decision-making process and empowering it as a key advisor to the business.

“I believe HR has the hardest data to work with,” Zincarini says. “It’s the most diverse data in the company. Hardly any HR department uses just one system to handle all the processes necessary to manage a workforce. What that adds up to is HR has a hard time trying to extract insight from its data.”

Despite the expense and the complexity involved, Zincarini says, the past five years have brought about technical innovations that make it easier and less expensive to put people-data to work. He says ADP is well positioned to help companies develop predictive analytic capabilities because it created the systems that are generating the data. That allows ADP to efficiently transform the transactional data into reports, metrics and probability models.

“We have an advantage,” he says. “We don’t just produce an analytics solution. We produce the systems that generate the data that feed the analytics solution. We know how the data are stored. We know exactly what [the data] mean. It’s much easier for us to take all of that, combine it with our knowledge of what business problems HR needs to solve and bring it all together in a way that adds value for our clients.”