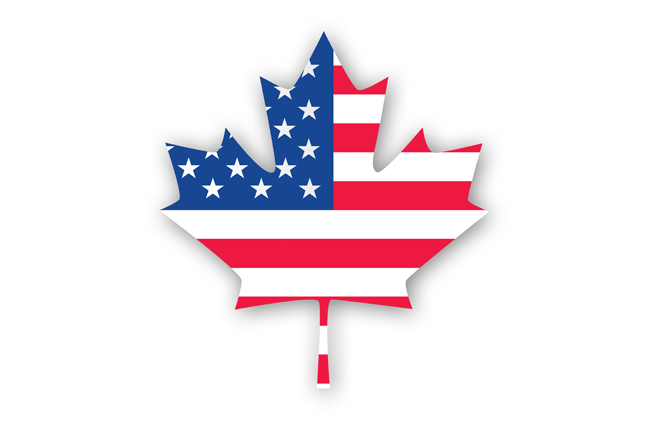 Want some click bait? According to John Wright, “If you cross the border with your business and you don’t have somebody who has experience with that country’s insurance regulations, you’re lighting a stick of dynamite.”

Wright, the CEO of insurance brokerage Johnson, Kendall & Johnson, isn’t trying to be an alarmist. He has seen insurers and business owners go to jail out of ignorance of local insurance regulations. Be especially careful in Brazil and Argentina, he says. India? That’s where litigation regarding insurance issues went on for five years after Union Carbide’s 1984 Bhopal disaster. The Canadians probably won’t arrest you. But, he says, “You could get fined like you wouldn’t believe.”

Concerns with cross-border mergers and acquisitions—particularly with our closest trading partner to the north—don’t end with the dangers of negotiating complex regulations. How will Donald Trump’s position on NAFTA affect cross-border acquisitions and regulations in both Canada and the United States? Can smaller companies survive as larger multi-nationals continue to gobble up properties outside their borders? Is there still a place in the modern North American insurance landscape for the medium-sized, privately held company?

Such concerns come amid a boom in cross-border purchases, particularly by U.S. corporations seeking deals with smaller Canadian companies. The boom affects not only the Canadian and U.S. brokers and agents who specialize in cross-border insurance issues, but carriers as well. As Canadian insurers assist companies amid the M&A spike, many of those same insurance companies are being gobbled up in cross-border acquisitions.

Referring to American firms, Charles says, “You’re buying here for 25 cents on the dollar cheaper. Sales are up, prices are up, but I wouldn’t call it a bubble. I think there’s genuine value and there will continue to be.”

To fully understand the increase in merger and acquisition deals in the Canadian insurance industry, several experts in cross-border M&A say, you need to start with a short history lesson. As in the United States, the insurance broker and agent landscape in Canada used to be dominated by what Charles termed “the man-about-town brokerage.” If you grew up in a small town, you knew him. He was your neighbor who very well might have sponsored your Little League team.

Then came two pressures that led to those small companies being consumed by, usually, larger regional players looking to grow by buying up smaller brokers in their region. The companies wanted to grow, of course, but they also needed to grow to compete with the increasingly massive public companies with “large pools of equity and a burning desire to invest,” Charles says.

You’re seeing the California company that doesn’t see room to grow there, but sees there are opportunities in British Columbia. They see the chance to grow, they see the exchange rate. The market is more complex than just big always eating small.
Jeffrey Charles, managing director of international business, Jones Brown

And, in recent decades, that man-or-woman-about-town has increasingly been retiring. More and more, Charles and others say, their children aren’t interested in carrying on the family business. They find themselves interested in selling in a seller’s market.

Now, the regional players are the hot commodity, both for larger Canadian companies and for larger multi-nationals and even mid-sized regional companies in the western and northern United States.

“You’re seeing the California company that doesn’t see room to grow there, but sees there are opportunities in British Columbia,” Charles says. “They see the chance to grow, they see the exchange rate. The market is more complex than just big always eating small.”

As the landscape of insurers and brokers has changed, the duties of the agents and brokers in facilitating effective insurance coverage for their clients have remained much the same. It’s complicated, but, at least in some ways on the Canadian side, it has become less riddled with potential regulatory landmines.

“People doing cross-border business were even getting different interpretations of what taxes were due on what things depending on who gave them instructions,” Rose says. “It was a very difficult environment in which to operate. I think we’ve done a good job of keeping strong safety nets in place while also making it a more business-friendly environment.”

Rose’s company, like those of Wright and Charles, provides consulting services for companies looking to expand into Canada from the United States and other countries. Canadian Insurance 101: “There are two things you legally need in Canada,” Rose says. “A Canadian-licensed insurer and a Canadian-licensed broker.”

If a U.S. brokerage isn’t licensed in Canada, or vice versa, it will work with a firm across the border to assist clients in doing business legally in both countries. “The overriding message here: If you cross the border, compliance is an important topic besides risk,” Wright says. “The rules are obscure. For one: We see so many people go over assuming that because they have coverage in the U.S., the coverage carries over to their Canadian subsidiary. If you don’t have somebody local on the other side who knows what they’re doing, there can be very costly mistakes made very easily.”

You have to have somebody who knows what they’re doing and can spend time figuring out exactly what needs to be done in the complex environment of working across borders.
John Wright, CEO, Johnson, Kendall & Johnson

So, Americans like Wright work with Canadians like Rose, and Rose looks to experts like Wright to figure out the U.S. laws, which can also be confusing.

“Considering state regulations, a company coming in can be looking at 50 different rules to do business in the United States,” Wright says. “In Germany they say, ‘Here are your rules. You comply with these rules, you’re good anywhere here no matter.’ You try to explain the rules here to a German and their head will blow off.”

While the increase in cross-border mergers and acquisitions provides more business to agents and brokers who specialize in the various regulations, it also poses both existential threats and significant opportunities to their companies. As multi-nationals consume small and midsize companies, the pressure increases on those small and midsize companies that want to stay independent.

But there are opportunities for them to thrive, Wright and Rose contend, if those companies can offer the advantages of a massive public company while still providing a level of personal service—the kind that tends to be lost as companies become massive multi-nationals.

For example, Rose and the 80 employees at Firstbrook Cassie & Anderson have made a commitment to staying privately held. In fact, she says, the firm uses its smaller size as an advantage.

“Clients can get lost with the massive companies as they move to call centers and handling clients in more of a cookie-cutter fashion,” Rose says. “There are hungry, larger national and international players to buy up brokerages like ours. But we’re dedicated to preserving our place as independent professionals.”

Which creates some unique challenges in the world of ever-expanding international companies charging into the Canadian market.

“We have to be big and powerful enough to actually accomplish what we need to accomplish in this new landscape,” she says. “I need to offer you the choices you need, to have all the choices available, while also following through with our commitment to be the best at working for you at a level that huge companies can’t. There’s a Goldilocks zone you have to stay in to stay independent in this new environment.”

Here’s where the increase in cross-border activity plays to the advantage of companies like Firstbrook Cassie & Anderson, Johnson, Kendall & Johnson and Jones Brown. All three have thrived because they have successfully found that Goldilocks zone in which they can provide all the services and market reach of the big boys, but with a smaller independent company’s ability to focus on building ongoing relationships and meticulously tailored plans critical for companies to successfully navigate cross-border acquisitions, mergers or expansions.

“There’s a lot of people who say, ‘We can do that with anybody or we can Google it,’” Wright says. “You have to have somebody who knows what they’re doing and can spend time figuring out exactly what needs to be done in the complex environment of working across borders.”

I need to offer you the choices you need, to have all the choices available, while also following through with our commitment to be the best at working for you at a level that huge companies can’t. There’s a Goldilocks zone you have to stay in to stay independent in this new environment.
Brenda Rose, vice president and partner, Firstbrook Cassie & Anderson

Most cross-border M&A experts, including Rose, Wright and Charles, don’t see the current rise in prices being offered by international insurers for their Canadian counterparts to wane any time soon. “I don’t think it’s a bubble,” Rose says. “It’s not the U.S. housing situation. There’s genuine value there.”

And, unlike some in the broader Canadian business community, insurers don’t seem concerned about Donald Trump’s campaign rhetoric regarding NAFTA and the need for tariffs. After all, Canada is the United States’ biggest trading partner with more than $2 billion crossing the border each day. Canada is the single largest destination for U.S. exports. It could be argued that Canada and the United States are the two countries on the planet most closely linked economically. It would be very bad business for both countries to put stress on that longtime economic marriage.

And even in a scenario in which the United States builds economic walls—and Canada surely retaliates—there still will be business.

“If I’m insuring a manufacturer in Michigan and they have a plant in Canada, they might not build another one, but they can still buy one,” Rose says. “And they’d do that because the prices are right now.”

Most are optimistic that the U.S.-Canadian partnership won’t devolve that far. Trump is a businessman, after all. If the economy improves under his leadership, more American companies and investors will have more equity to invest in Canada.

“I’m not expecting things to change,” Wright says. “The market is strong, the desire to expand is there. The dollar is strong. All the pieces are still in place.”

Nelson is a contributing writer. omagbob@gmail.com