Is There Too Much Industry Surplus? 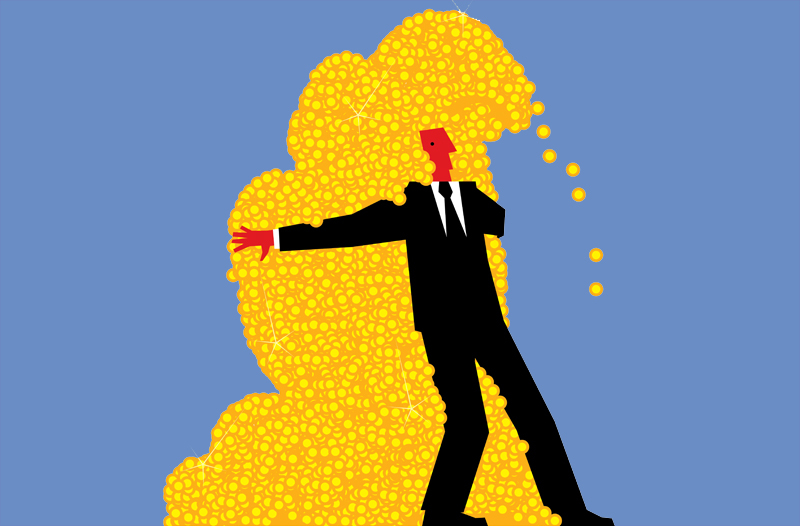 First, the good news: surplus for the U.S. property and casualty industry has risen by over two and a half times since 2002, which marked the end of the last substantial soft market.

Now, the bad news: surplus for the U.S. property and casualty industry has risen by over two a half times since 2002.

P&C insurers in the United States now hold more capital than they can profitably use.

Over the past 20 years, they have reported an additional net benefit of over $100 billion dollars in unrealized capital gains.

The current hardening phase is much more the result of insurers’ struggle to meet adequate return hurdles.

Am I trying to be clever? Well, maybe a little. But as shown on the graph on page 70, the outsized generation of surplus relative to industry net premium has resulted in very low and generally declining net premium leverage (premium/surplus) over the past two decades. This means that U.S. P&C insurers now hold more capital than they can profitably use.

One might ask what the problem is with having more surplus in the industry. Shouldn’t that be a good thing? From the perspective of a policyholder, absolutely. Surplus, after all, is the balance sheet cushion available to protect a company’s solvency in the case of excessive operating losses, whether caused by underwriting or investment miscalculations.

The flip side is that publicly traded insurance companies, which predominate in the commercial lines sector, measure their operating performance against returns on equity (ROE). Earnings calls in recent years have been replete with management insistence on the need for higher rates (and/or better investment income) to meet “adequate” returns on equity.

So while insurance buyers benefit from having coverage with more stable companies, they may pay ever higher rates if investment yields remain low and insurers strive to meet their target ROEs via greater underwriting profits.

Return on equity is a simple formula that measures after-tax operating earnings against average equity over a yearly period. “Shareholders’ equity” is a GAAP term, while “surplus” is used in state regulatory filings, but we use them interchangeably here.

There are two basic ways this ratio can be improved: by increasing the numerator (earnings) or decreasing the denominator (surplus/equity). We will take a look at both levers.

Perhaps the easiest way to make this ratio more attractive for publicly traded insurers and their investors is to simply reduce the amount of surplus/equity held on balance sheets. Holding companies do this all the time via shareholder dividends, share buybacks and/or merger and acquisition activity.

There are substantial impediments to this strategy, however, when dealing with state-regulated insurers.

In order to ensure carrier solvency, state insurance regulations limit the amount of surplus an insurer can upstream to its parent organization on a yearly basis. While each state has its own rules, a standard limit is either the higher or the lower of the prior year’s after-tax operating earnings or 10% of statutory surplus as of the prior year-end. Above and beyond this, insurers can request to pay additional dividends, but these must be approved by their state insurance regulator.

As a result (as shown in the bottom chart on page 70), the U.S. P&C industry has generated after-tax earnings well in excess of the shareholder dividends paid up to parent organizations, with this difference of over $350 billion flowing into surplus funds over the past 20 years.

As for share buybacks and mergers and acquisitions, these types of activities are almost always conducted at a holding company level and therefore do not offer a means to “offload” excess surplus for individual insurers.

Lastly, U.S. P&C insurers have reported an additional net benefit of over $100 billion dollars in unrealized capital gains over the past 20 years, largely from appreciation in both affiliated and unaffiliated equities. In sum, the war chest of industry surplus continues to grow.

Insurers, conversely, could improve their returns on surplus by boosting the numerator—that is, by simply making more money. This is precisely what these insurers are attempting to do at present, in part through four consecutive years of rate increases combined, in places, with more restrictive policy terms and conditions.

But generating the earnings needed to appreciably increase ROE is easier said than done.

It is important to understand that U.S. insurers traditionally make most (or sometimes all) of their profit via investment “float”—the investment income that is earned on assets backing both policy reserves and surplus. The chart to the left shows this clearly.

The holy grail, of course, is to make an underwriting profit in addition to investment income, but this has not been an easy task for the insurance industry over almost the past 50 years. That the industry has been able to generate 10 years of underwriting earnings since 2004 is, in fact, a huge win, given that prior to then it had not reported a sub-100% combined ratio for close to 30 years. In recent years, ample competition, growing catastrophe and secondary weather losses, more aggressive awards for liability claims, inflationary pressures, and an ever-shifting legislative and regulatory landscape have produced mixed results in underwriting profitability, with the 2021 results coming in at around $8 billion. And with investment income under pressure due to historically low investment yields over the past decade, insurers badly need the contribution from core underwriting earnings to meet their targeted ROEs.

In sum, surplus (the denominator) keeps growing while earnings (the numerator) struggles to keep up, resulting in increased downward pressure on this key profitability metric.

Previous hard turns in a P&C market cycle were predominantly driven by insurers’ fear of surplus destruction or, in extreme cases, insolvency. This was the driving motivation after the last substantial soft market of 1997-2001, with industry surplus declining $92 billion in the final year of that period on both operating and substantial unrealized investment losses.

The current hardening phase, however, is much more the result of insurers’ struggle to meet adequate return hurdles. Unlike in 2001, industry surplus is higher by $117 billion in 2021.

The stark difference in these motivations has led some to question whether we are even in a hard market. Their argument is that a true hard market results in lack of underwriting appetite at any price and that is certainly not the case today. The chart below shows the history of commercial lines rate changes, as reflected in several quarterly surveys. As can be seen, the two “firming” phases of 2012-2014 and 2018-2021 have not been of nearly the magnitude seen in 2002-2003.

The P&C industry is in a situation akin to a cat chasing its tail. The more it raises prices to improve returns on equity, the more surplus it amasses.

Regardless of terminology, the P&C industry is in a situation akin to a cat chasing its tail. The more it raises prices to improve returns on equity, the more surplus it amasses. And this makes attaining those targeted returns an even greater challenge in future periods.

At a certain point in every pricing cycle, the industry realizes that this is likely as good as it is going to get. Competition (including from new entrants) heats up, and incumbent insurers begin to defend their renewals more aggressively. There is also a general recognition that ever higher prices will begin to erode demand, as buyers seek alternative risk transfer mechanisms or simply decide to self-insure more risk. Given its current high surplus capacity, the U.S. P&C industry could use more demand, not less.

Measuring from the rate survey chart below, we may have now reached such an inflection point. That said, one has the sense that this particular firming cycle may be somewhat more protracted as insurers keep a watchful eye on their ROE targets.

See More: Carriers Insurance Rates M&A
1
Industry The ESG Storm Is upon Us
2
Industry Relentless Pursuit
3
Industry Who's to Blame?