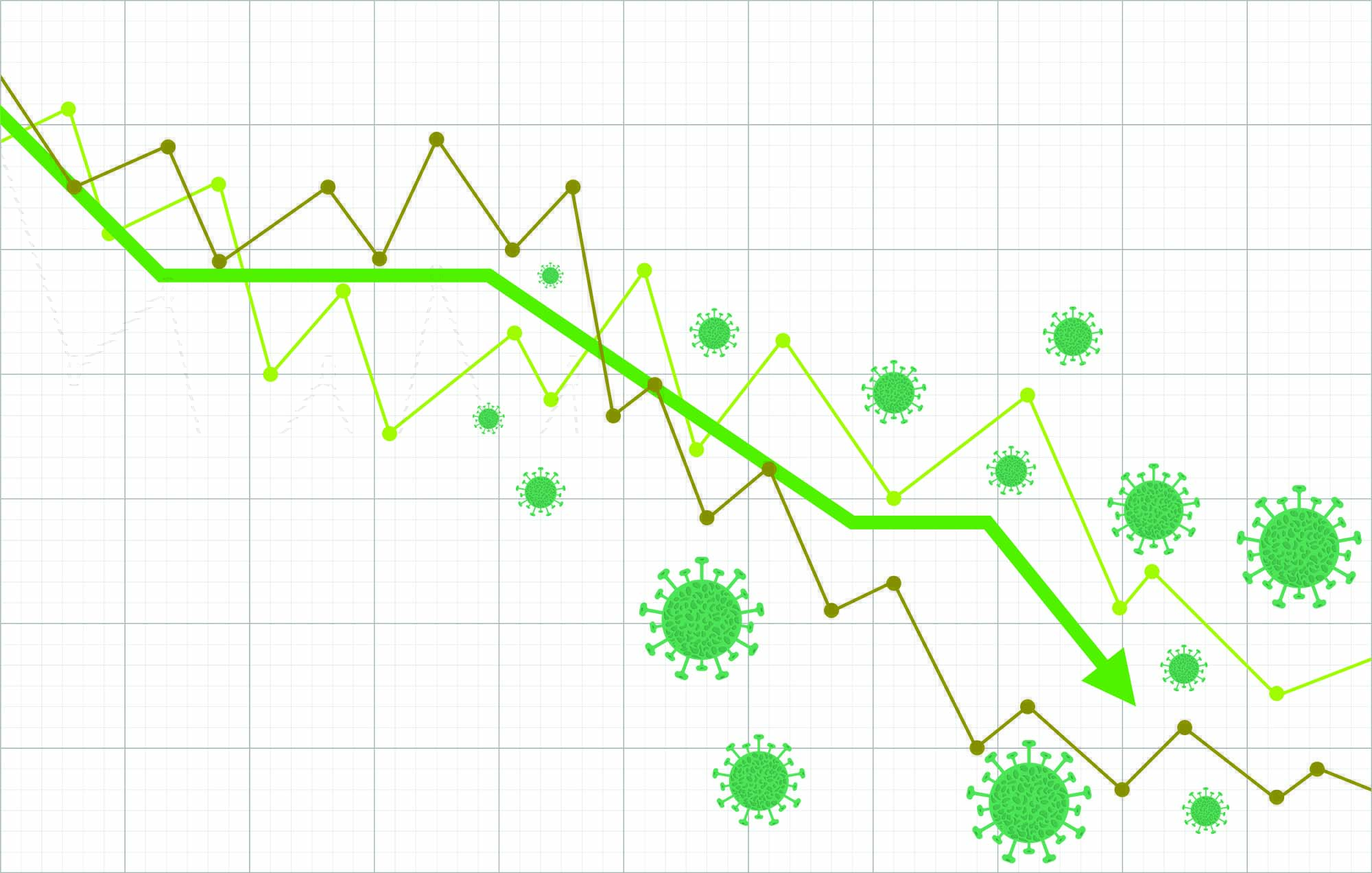 So far, 2020 has been a difficult year for insurers as they have seen claims of all types coming from large unexpected events including Australia’s bushfire season, COVID-19, and nationwide civil unrest in the wake of George Floyd’s murder.

However, insurance losses for the year are only forecasted to increase due to an expectedly violent hurricane season on U.S. shores and continued COVID-related losses across the globe.

With the approaching second-quarter earnings calls, insurers have started to revise their estimates. For example, CNA recently announced it expects net catastrophe losses of $301 million for the ongoing quarter, $182 million of which related to COVID-19, $61 million related to civil unrest, and $58 million due to severe weather-related events. Similarly, The Hartford expects $231 million in COVID-19 charges, mostly due to business interruption claims, and a net of $248 million from catastrophe events in the second quarter, with $138 million from wind and hail, and $110 million from civil unrest claims.

The latest Australian bushfire season started in early September 2019 and continued well into 2020. With over 70 bushfires attended to by the Rural Fire Service (RFS), the Insurance Council of Australia (ICA) estimated 20,000 claims with a value loss of $1.65 billion as of January. However, according to Moody’s Analytics, this year’s bushfire season could easily surpass the most costly fire season, 2009’s Black Saturday fires in Victoria, which had a price tag of $3 billion. “Despite the manageable impact for insurers, the [P&C insurance] industry is exposed to the economic consequences of climate change; primarily through the unpredictable effect on weather-related catastrophic events, such as hurricanes, floods, storms, drought, and wildfires,” said Frank Mirenzi, a Moody’s vice president and senior credit officer.

As discussed in Industry Reports Q1 Results, the largest and most unexpected losses of 2020 will be related to the pandemic. Willis Tower Watson originally forecasted COVID-19 losses in the range of $11 billion to $140 billion, depending on the severity of the pandemic; however, those numbers may be outdated after Lloyd’s of London paid out between $3 billion to $4.3 billion to its global customers as a result of the far-reaching impacts of COVID-19. Lloyd’s, the world’s leading (re)insurance market, estimated the underwriting losses covered by the insurance industry to reach $107 billion. In addition, Lloyd’s forecasts the industry to experience falls in investment portfolios of an estimated $96 billion, bringing the pandemic total projected loss to the insurance industry to $203 billion. Despite widespread business interruption disputes and related policy exclusions, “[T]he global insurance industry is paying out on a very wide range of policies to support businesses and people affected by COVID-19. What makes COVID-19 unique is the not just the devastating continuing human and social impact, but also the economic shock. Taking all those factors together will challenge the industry as never before,” said John Neal, CEO of Lloyd’s. The COVID-19 related losses can be segmented into the following type of claims: cyber attacks, directors and officers, workers compensation, and event cancellation.

The pandemic highlighted the difficulties in maintaining proper and safe working environments in the comfort of one’s home when it comes to protection from cybercrime. The World Health Organization (WHO) reported the number of cyber attacks targeting the organization increased five-fold during the COVID-19 crisis, under the form of email scams, ransomware, addresses and passwords leakage, and Solidarity Response Fund re-channeling. Similarly, the Federal Bureau of Investigation (FBI) has seen a spike in cybercrimes to 4,000 reports per day, from the 1,000 complaints per day pre-COVID-19. According to Microsoft data, “attackers have been pivoting their existing infrastructure, like ransomware, phishing, and other malware delivery tools, to include COVID-19 keywords, to capitalize on people’s fear. Once users click on these malicious links, attackers can infiltrate networks, steal information, and monetize their attacks.” Insurers are bracing themselves for a dramatic increase in cyber insurance claims correlated to larger number of individuals working from home due to the pandemic.

A report by Marsh LLC showed that D&O rates had already increased by 44% in Q1 2020 for public companies, while primary rates increased by 26%. Similarly, the latest Pandemic Market Report by EPIC shows that Executive Risk insurance market has been steadily firming; in fact, rates increased between 5-25% for private companies and between 25-50% for public companies. “Many insurers have already received COVID-related claims. There are claims arising from layoffs, alleged securities violations, bankruptcies, breaches of contract, and more. Most carriers are anticipating an increase in losses,” said David Lewison, AmWINS’ National Professional Lines Practice Leader. D&O claims are most likely to come from companies that failed to adequately prepare for the coronavirus outbreak and the various effects on the company business. For example, as of early May, the largest D&O litigations are against Norwegian Cruise Lines, Zoom, and Inovio. The rise in D&O rates signifies that insurers are well aware of the increased risks, and potential losses from ongoing litigations.

According to preliminary data from the Center for Disease Control (CDC), almost 9,300 healthcare personnel contracted COVID between February and April 2020 across the U.S. With that number set to increase as the pandemic continues, insurers will most likely receive a large number of workers compensation claims, especially from healthcare facilities. In fact, the majority of states have taken legislative action to “extend workers compensation coverage to include COVID-19 as a work-related illness.” According to law firm Steptoe & Johnson, seven states (as of July 14) have enacted workers compensation regulations related to the pandemic while a handful of others have introduced other workers comp-related regulations. For instance, California introduced an executive order creating a rebuttable presumption that an employee’s COVID-19-related illness “arose out of the course of employment for purposes of obtaining Workers Compensation benefits.”

A few large insurers have begun to disclose their exposure to event cancellation claims. In fact, Markel’s co-CEO Richie Whitt warned that the carrier’s book will be hit hard by the pandemic as it ranges from “wedding cancellation to the Olympics and Wimbledon”; similarly, Swiss Re revealed a $250 million exposure to the Olympics. The Olympics alone could result in losses of $2 billion spread over multiple insurers. Other events, however, will cause those losses to increase as the major tech conferences (Mobile World Congress, E3, Google, and Facebook) lost over $1.1 billion in revenues, which could translate into event cancellation claims.

The murder of George Floyd led to another set of economically disruptive events in the U.S. and abroad, resulting in riots and other instances of civil disturbance while protesting against police brutality. Some commercial insurance policies may include vandalism and/or riot and civil commotion coverage, but claims will definitely be scrutinized since the majority of businesses were on the brink of reopening after the COVID-19 pandemic. Some of the claims may decrease in value due to the effects of the pandemic on business revenues. The U.S. is not new to civil protests; thus, it is possible to forecast claims from previous insured losses.

Although estimates may be premature, experts agree losses from these events will greatly exceed the $25 million “catastrophe” threshold and could persuade some carriers to exclude coverage for damage caused by riots going forward. Until now, underwriters, particularly those insuring large national retailers, thought of rioting as a local risk that can be controlled by a geographically diverse book of business. Janet Ruiz, director of strategic communications for the Insurance Information Institute, compared potential losses to Rodney King in 1992, which reached $1.4 billion in today’s dollars. “This will be a bigger event than the LA riots given the volume of locations that had losses around the country,” Ruiz said. “It’s shaping up to look like it could be in the hundreds of millions. The insurance industry is prepared financially to handle these claims.”

Most of those previous riots, however, were largely confined to one metropolitan area. The civil unrest and looting that is occurring in the wake of Floyd’s death has been reported in over 25 U.S. cities and spread into many foreign countries as well. In fact, damage in Minneapolis alone could exceed $25 million, which is the threshold to designate an event as a “catastrophe.” “We expect this to be a significant loss event as the impact is being experienced in large and small markets across the U.S.,” stated III spokesman Mark Friedlander. “However, because it is an ongoing event, it is premature to determine the volume of property loss that will be incurred.”

Of course, there is ongoing civil unrest in Hong Kong and Chile. The protests in Hong Kong started in June 2019 and, as of October last year, had accumulated insurance claims for a value of $76.5 million. Similarly, the protests in Chile have been ongoing since October 2019 and could cost the political violence insurance market between $2 billion to $2.5 billion, according to Hiscox and Aspen Re, respectively.

As if 2020 hasn’t already been difficult enough, the U.S. is also expected to have an above average North Atlantic hurricane season in the coming months. “I am worried about the hurricane season. It’s already a difficult market environment, that’s for sure, and it’s not going to get much easier any time soon,” said Dan Glazer, Marsh CEO, while discussing the future of the insurance industry for the remainder of 2020.

According to a study by Colorado State University, the 2020 hurricane season “will have well-above average activity” with a current forecast of 13 to 19 named storms, 6 to 10 hurricanes, and 3 to 6 major hurricanes (Category 3 or higher). The upcoming hurricane season looks to have similar activity to those of the past few years, which should make it easier for analysts to forecast losses. However, the high volatility of catastrophe losses in recent years, which is due to differences in wind speed and locations hit by hurricanes, creates some difficulties for analysts to forecast potential catastrophe losses for the 2020 season.

Insurance companies are under constant pressure from newly unexpected and catastrophic events, which risk having major consequences on the future of the industry. The devastating events of 2020 have brought to light the industry’s reliance on underestimated forecasts and on investment portfolios. This is not unique to the insurance industry; however, the ongoing occurrences, particularly COVID-19, vastly differ from previously forecasted events since the pandemic completely halted economies and trade around the globe. This is already resulting in losses across multiple lines of business, as well as massive declines in global financial markets, draining loss reserves and increasing solvency risk.

In addition, the events of 2020 will likely have an effect on the continuing hardening of the insurance market. P&C insurance prices are expected to continue to rise due to the current market conditions: interest rates close to zero, high credit risk, rise in social inflation, increase in claims and litigation costs due to COVID-19. All the above circumstances, combined with the continuous unexpected events will “add up to a pretty tough market,” said Marsh’s Glazer. In fact, adding up the estimated insurance losses for unexpected and catastrophic events this year, the insurance industry may be set to incur over $230 billion in losses, making 2020 one of the most expensive and catastrophic years in history.