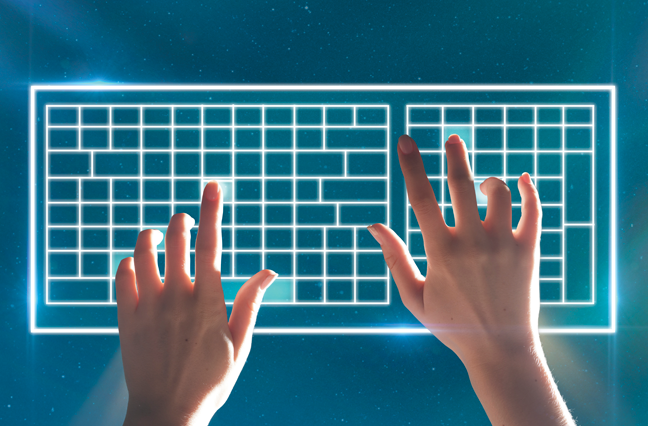 The irony wasn’t lost. Many participants in a recent virtual workshop on engaging the tech-dependent millennial generation didn’t have basic technology, such as headsets and webcams, at the ready.

But so it goes in the world of online learning. The lessons—both immediate and long-term—can go far beyond what’s outlined in the syllabus.

In an effort to educate, inspire, hone skills and create lasting value, The Council is working with CNA to launch the virtual arm of its Leadership Academy, led by Elizabeth McDaid, The Council’s senior vice president of leadership and management resources. The first virtual workshop, Maximizing Your Millennials, took place over four weeks beginning in May.

Taught by Warren Wright, president of the consulting firm CoachingMillennials, the workshop covered the fundamentals of the various generations; the seven key traits of millennials; managing and motivating; and maximizing and retaining talent. Wright is no stranger to The Council, having led workshops and given speeches to brokers over the years. But his inaugural effort for the Virtual Academy was the first course he’s ever taught online.

Considering an online workshop? What to know before deciding.

You’ll need self-discipline, time and consistent attendance to get the most out of it. A few pointers from eLearningIndustry.com, an online community of eLearning professionals:

“It was really fascinating to translate what works in person to the virtual environment,” Wright says. “It was all a bit of an experiment.” So far, at least, it’s paying off. Despite a few technical glitches that could be chalked up to growing pains, response to the course has been overwhelmingly positive. Almost 90% of survey participants rated the experience “very good” or “excellent” overall, and the same number said they “agree” or “strongly agree” the workshop would improve their job performance.

Most beneficial, several said, was realizing they might need to adjust their own management styles—and, perhaps, their relationship with technology—to get the most out of millennials, rather than just expecting millennials to change.

“There were a few moments throughout the course where I had to acknowledge my own tendencies and characteristics that were right on script with the presentation,” says Julie Messerole, first vice president at The Harry A. Koch Co. “Leadership in an organization requires the ability to have a high-level view … and understand how all of the parts fit together. Coming down in elevation to look at my own departments and the people in them, and how they work and succeed, required some reflection on how recognition needs to be delivered differently depending on the employees’ preferences.”

These days, opportunities for professional learning abound, especially in terms of conference workshops and daylong seminars. Online courses, however—especially interactive ones—offer distinct advantages. Chief among them, aside from avoiding the travel, is the ability to learn while doing. Rather than taking in information to apply at a later date, participants in the Virtual Academy learn a little at a time, putting each lesson into immediate practice. Courses have homework between weekly sessions, in addition to on-the-spot feedback and discussion.

In a workshop titled “Networking Bootcamp,” instructor Michael Goldberg encouraged attendees to develop daily “fight plans” for building solid marketing discipline. For Goldberg, who is a speaker, author, consultant and head of Knock-Out Networking, a fight plan could include reaching out to one speaker’s bureau, one former client and three prospective clients each day. Also a competitive amateur boxer, Goldberg sees the sport and the concept of marketing as one in the same: They’re all about the “connection.”

“It’s one thing for me to show you a jab,” he says. “It’s another to perfect it. It’s the same thing with networking or any other skill. Unless you practice it, this is just another training program. I didn’t want this to be another seminar. We’ve made this as interactive as possible rather than me just being a talking head.”

Kurt Shaver, who will teach “Winning with LinkedIn” beginning in September, says the “little bits of training stretched over time” approach—complete with hands-on activities—is a perfect fit for a course on leveraging the social platform.

“This is a very outcome-focused program and not just a concept,” says Shaver, who founded The Sales Foundry, a California firm that teaches sales teams how to use social media to improve results. “It is concept and then action, and doing followed by outcomes. Participants will grow their network, find new prospects, increase their reputation as subject matter experts, and it will happen during those four weeks.”

And the timing, he says, couldn’t be better. It’s not just that LinkedIn has become the equivalent of the 21st-century Rolodex, a necessity in today’s relationship-oriented insurance industry. It’s also that the platform recently was purchased by Microsoft.

“When you have the world’s biggest software company buying the biggest social network for business use, if there was anyone who questioned the use of social networks or thought they were just a fad or didn’t apply to them, that’s been put to rest,” Shaver says. “Microsoft didn’t buy LinkedIn to put it on a shelf. The handwriting is on the wall, and it will be the key means through which the business world communicates and operates.”

Of course, digital learning opportunities aren’t new. What is new, however, is the growing comfort with technology; the understanding of its benefits; the willingness of companies to invest in the training; and the increased ease with which information, video, screens, conversations and homework can be shared.

Online learning certainly adds flexibility to professional development, but it’s not without its challenges. Despite use of cameras and shared screens, there is a unique energy generated within the in-person classroom space.

“I’m not going to fool myself and say there’s the same energy in a virtual environment as there is in an actual classroom,” McDaid says. “But the participants in the inaugural class became more comfortable as time went on, and by the fourth module, it was hard to quiet the group down!”

There’s also something lost, she says, when attendees can’t share session breaks and lunch with other participants—a practice that can create a community that extends beyond the class.

“But we’re working on this,” McDaid says. “We’re exploring ways to keep the cohort engaged after the class ends.”

Conversely, the virtual workshop offers a more comfortable, intimate environment than a conference-style seminar would, one more conducive to participation. And that was one of the things that enthused McDaid the most—and compelled her forward.

“We were really excited about the level of engagement,” McDaid says. “People kept their commitment and continued to come to each session. I anticipated that, by the last session, we’d be down to only a few. But they stayed, and they became more engaged. It was surprising that a few were camera-shy. For a couple of attendees, if they had a camera, they weren’t turning it on. In future classes, we will be a little more emphatic about that. You wouldn’t walk into a classroom with a paper bag on your head; you shouldn’t walk into a virtual class without turning on your camera. We are so committed to this that we will now lend cameras to participants who don’t have them on their computers. Being able to see your fellow participants is one of the differentiators of the Virtual Academy.”

As part of its commitment to this program, The Council brought Maureen Lilienthal, formerly agency education consultant at Chubb, on board to help develop the Virtual Academy. Lilienthal is working on courses for the remainder of 2016 and 2017, with plans to increase monthly offerings and potentially develop certification tracks.

“But given the interactive nature of the workshop, we’ll always keep the audience small,” Lilienthal says. “I don’t ever see us exceeding 20 participants in a workshop. It would make it difficult to have live discussions and, with everyone using a webcam, too many faces on the screen would become very distracting.”

Topics are based on needs assessment, observations, suggestions and feedback from members. By focusing on leadership, the workshops are meant to fill a void in the market. “The academy is about leadership,” McDaid says. “Our course attendees are from both the p-c and benefits markets. Leadership transcends discipline or industry focus.”