Industry the May 2015 issue

Risk-averse millennials require different counsel to embolden them to enter, remain and prosper in this business.
By Warren Wright Posted on April 30, 2015 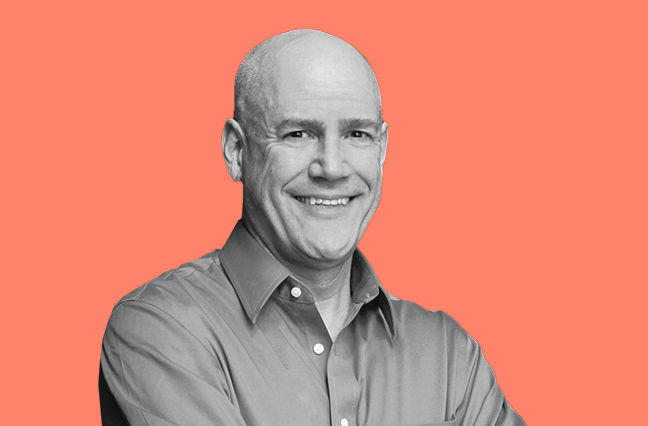 In David Mamet’s cutthroat world of sales, there are only winners and losers—and only testosterone-filled sales techniques can assure success, often at the expense of the buyer.

Baldwin’s motivational sales speech represents everything millennials hate about sales, and this stereotype is preventing millennials from entering the world of sales. According to Harvard Business School’s U.S. Competitiveness Project, employers spend 24% more time trying to fill sales jobs compared to all other jobs.

There might be even more of a challenge for agents and brokers. In research conducted by LifeCourse Associates for Assurex Global, millennials had by far the least positive impression of the insurance industry (24% favorable vs. 38% for baby boomers and GenXers). The same survey found only 13% of the agency and broker workforce are millennials, while nationally, in all industries, millennials represent 25%.

The insurance business is not attracting the best and brightest millennials, and producer sales roles are going to be tougher to fill in the future. What’s going on here? First, it’s important to understand the millennials’ experience. “Millennials came of age during a financial crisis and 9/11,” says Neil Howe, the demographer and economist credited with coining the term millennials. “This is the most risk-averse generation in a long time, and sales is considered a career choice filled with too much risk.”

“This is the most risk-averse generation in a long time, and sales is considered a career choice filled with too much risk.”
Neil Howe

Younger workers today want to know they have an entire support structure and clear career path designed for their growth. Woodruff-Sawyer & Co. has a unique approach to this dynamic. The San Francisco-based brokerage created a bridge period of three years for millennial hires who pursue a producer role. Three years might seem like a long time, but Mary Sklarski, Woodruff-Sawyer’s chief strategic development officer, says it takes at least that long to get young producers going. Even then, Sklarski says, they still need an entire support network of technical experts and mentors along the way.

Does this sound like too much work? Not really. The question you should be asking is this: Can I afford not to do it? And by the way, what alternative do you have? Millennials represent one in four workers in today’s workforce, and they’ll represent four in 10 by 2020. This ship has already sailed.

Once you’ve on-boarded your new millennial producers, how do you get them productively selling day-to-day? Think back to their coming-of-age story: Millennials grew up at a time of rising parental involvement. On television they watched Barney, the purple dinosaur, who taught them to work collaboratively to solve problems. Their teachers, their parents and their soccer, football and baseball coaches reinforced this behavior. “People today want to be part of a team,” says Nick Toman, a managing director who oversees the sales practice at advisory firm CEB. “They want stable pay.”
Millennials are attracted to cultures that foster collaborative teamwork. At LifeCourse, when it comes to getting the most out of millennial salespeople, we recommend the “Total Team Approach” to sales—hire in teams, train and develop in teams and even provide compensation rewards for team-based sales productivity.

Once you’ve figured out that a team-oriented environment can generate the best results for new millennial hires, make sure your company has plenty of opportunities for them to give back. As children and teens, millennials were encouraged by their parents to volunteer in the community, devote time to those who are less fortunate or do something that helps the environment. According to the UCLA freshman survey, which has been tracking attitudes and behaviors of incoming freshmen for 50 years, the last decade has shown the highest percentage of volunteer rates.

Michelle Droz, the senior vice president for employee benefits at Woodruff-Sawyer, estimates two thirds of employees involved in the firm’s CARE program—a charitable program serving the local community—are millennials.
The Barney & Barney Foundation, after only four years, raised more than $1 million, much of it due to the commitment of energy and time of Barney & Barney millennials.

A common misperception is that some of these millennial traits—risk-aversion, team-focus, passion about social causes—will dissipate over time. Years of social research suggest, however, that generations carry traits with them throughout their lifetime. For example, the ignored kids of the 1960s and ’70s embraced the ethic of self-reliance and risk-taking and today have become the greatest generation of entrepreneurs in U.S. history. Clearly, encouraging millennials will have a lasting effect on organizational effectiveness.

The next generation of producers is here. An agency’s ability to recruit, retain and engage these new hires is a key to long-term sustainability. There are plenty of brokerages doing it right. Follow their lead and watch your sales grow.

See More: Sales Talent
1
Industry The Gift That Keeps on Giving
2
Industry Follow Me
3
Industry Deal or No Deal?