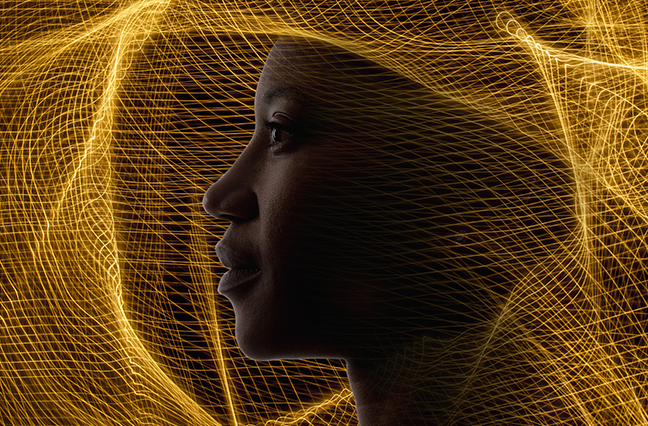 A risk engineer for XL Catlin Group was recently conducting a joint site visit with a competitor at a potential customer’s plant.

The plant manager asked the competitor about a specific standard his company had, and the competitor replied he would need to get back to him with that information. But the XL engineer, with a few keystrokes, pulled up the competitor’s standard on his iPad and was able to answer the question right then and there.

XL Catlin’s 160 risk engineers in 21 countries across the globe have been using the company’s first-of-its-kind iPad app since 2014 to collect and process data, streamline processes and provide critical information to both underwriters and customers. The iPad app, developed by XL Catlin’s property risk engineering team, represents a revolutionary breakthrough for the company, says Joe Tocco, XL Catlin’s chief executive for the Americas.

Clearly, the app is a benefit to risk engineers, who help clients prevent losses and protect their facilities, and to underwriters, who price the risk. But more importantly, Tocco says, the app is one example of XL Catlin’s commitment to using technology to better interact with and better serve the customer.

“There is no question technology is helping us be more productive and efficient,” Tocco says. “Instead of bringing volumes of paper, a clipboard, pad and a pencil, the risk engineer has that information right there on the iPad. It is reducing the turnaround time for our risk analysis work, but it is also giving us the ability to share important information with the customer when we are on site. So this is technology providing benefits not just from a one-dimensional side of things. What is good for us is also good for the customer.”

Previously, XL Catlin’s risk engineers collected and reported data the old-fashioned way—notes scribbled on paper and later transferred into a computer, then sent to underwriters. The process could take weeks, but it now can be done in a matter of days. The information from the iPad is automatically transferred to an XL Catlin tool called MyAnalysis, which can produce more than two dozen risk assessment reports in English, French, German or Spanish and identify both property exposures and strategies to address them.

“By collecting information in the iPad, the engineer not only creates a report for the customer but also populates the database in MyAnalysis,” Tocco says. “So now customers can compare one report with another, get various charts and graphs and aggregate data without any delay. That data is useful to us internally, but all that information is also available to the customer. They see everything we collect. There is nothing we are holding back for our own purposes.”

Risk engineers can add site photos and voice recordings and even take notes via a speech-to-text feature that makes their risk assessments far more informative for underwriters who are evaluating and pricing the risk.

“This solution enables near real-time information sharing between risk engineers, underwriters and their clients,” says Ben Bengtson, senior vice president and global market leader for insurance at Cognizant. Bengtson’s firm is a provider of information technology, consulting and business process outsourcing services that worked with XL to develop the iPad app. “It eliminates the need for risk engineers to carry paper checklists, stacks of engineering diagrams, hazard maps, reference manuals and reports, cameras, laptops and calculators, replacing them with one convenient, powerful tool.”

The iPad app also contains a video library, enabling risk engineers to show customers what might happen if certain issues are not addressed.

“You could call it a video loss lesson,” Tocco explains. “You might get pushback from plant managers saying the likelihood of that happening is slim. We can show them a video of the same circumstances and what can happen to help drive the point home. We have access to all sorts of manuals, too, so we can literally show them the National Fire Protection Association guidelines that back up our recommendations.”

Tim Heinze, XL Catlin’s head of property underwriting operations, says XL Catlin developed the iPad app by leaning heavily on the field personnel who would actually use it.

“It was critical to have the field heavily involved in developing and testing it,” he says. “Without their involvement, there would have been a lot of hesitancy to use it. By actually using the field team to develop it, the app is more focused on what would enable them to do their jobs better and meet the challenges they contend with. I think the decision to directly involve the field team was what made it most successful.”

There was some criticism of the iPad concept initially. How would the customer be sure your attention was focused on the task at hand, Heinze says, “if your face was buried in the iPad? … But the answer is you used to have your face buried in a pad of paper. And with all the dropdown options that replace manual data entry with the iPad, you can actually spend more time with the customer. You leave that customer better armed than when you got there.”

Recently, the software in the iPads provided to American Airlines pilots experienced a glitch, and dozens of flights were delayed or cancelled until the problem could be fixed. That raises obvious questions regarding lost or compromised data on the insurer’s iPads.

“That also was one of the concerns early on,” Heinze says. “Again, we went to the field on this, and we developed a whole list of support accessories that the risk engineers can use—different configurations and the like—to protect them in case of data drops. So far we have reported very minimal issues of that sort and no cases where we have lost the data.”

XL Catlin’s MyAnalysis was developed in 2002, but data collected over the last decade continue to add fuel to the tool’s usefulness as more clients look at their aggregate loss prevention statistics to guide their risk management efforts.

“We sat down with customers to get feedback on what they were looking for and what they would like to see from our site visits,” Heinze says. “That is how we came up with the concept of filling out a template to generate a report that could directly feed the MyAnalysis database and aggregate that data to compare one facility with another.”

Insurers are often seen as the “original big data industry,” says Robert Hartwig, president of the Insurance Information Institute. “Our modus operandi has always been to gather as much information as possible and use it to price and assess risks.”

“There is a great deal of information today,” Hartwig says. “An insurer can type in a company’s name and get a lot of data that can populate a form that before would have been done by hand. For example, Dun and Bradstreet information can populate automatically onto software being run by a company, and you can automatically know how many locations, how many employees, basic information on revenues and other issues that might be relevant. These are good things—timesaving and productivity-enhancing things. They benefit the insurer and the policyholder.”

In 2014, Bengtson says, Cognizant surveyed 100 senior-level insurance executives about their businesses’ current and future strategies, including processes related to claims, new business and underwriting, agency and distribution management, and other services. Four critical themes for the future emerged:

“The future of risk engineering is about automated data collection, real-time access to data in the office and on the road, and integrated customer experience and knowledge sharing,” Bengtson says. “At its core, insurance is a business fueled by information. The winners of tomorrow will unlock it, accelerate it and derive meaning from it. Advanced analytics and other foundational technologies, such as social, mobile and cloud computing, will become the catalyst for change and innovation.”