Industry the May 2014 issue

Staying within solar power’s shifting orbit is essential to the underwriting challenge of this quickly emerging and suddenly affordable market.
Sponsored by Aspen Insurance Posted on April 28, 2014 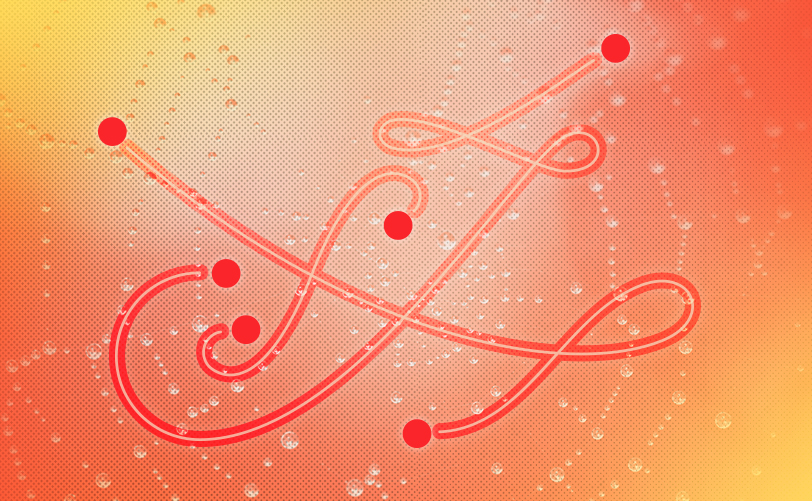 Rich Soja, an expert in marine coverage for Aspen Insurance, well remembers the days back in the mid-1980s when he was having intense conversations with commercial insurance brokers about how to properly value computer assets.

Computers were still an infant industry but growing fast, and the cost of production was dropping dramatically, sometimes in a matter of months.

“The cost of a solar panel has probably dropped by half in the past three years and will probably continue to drop,” Soja says. “So the default valuation we use is the functional replacement cost as opposed to the replacement cost. That means we’ll replace the property with property that is functionally equivalent to the cost of the damaged property. If you buy a solar panel installation for your home and it costs you $30,000 in January and your house burns down in December, for the same sort of power generation the cost of those solar panels will have dropped meaningfully.”

Aspen US Insurance has been writing solar coverage since 2011 and considers this niche market one of its specialties. Solar coverage falls under Aspen’s inland marine division. Inland marine is a U.S. concept that dates back to the 1920s, when property insurers would write coverage for the building and the personal property inside, but not for goods in transit or goods not in the building.

“From an inland marine perspective, solar has been a big story for us,” Soja says. “We would like to continue to write more of it.”

In the past 18 months, Soja adds, there have been more solar installations erected in the United States than in the previous 30 years. Some 6,100 solar companies now operate nationwide, and the number of solar jobs has increased by more than 50% since 2010.

Bob Gibson, vice president for education and outreach for the Solar Electric Power Association, says in 2013 the United States for the first time produced more solar energy than wind energy.

“Several years ago, wind was the least expensive choice if you wanted to add renewable,” Gibson says. “That gap is fast disappearing.”

Aspen breaks down the solar market into three distinct segments: solar contractors who produce and install the actual solar panels needed to generate solar energy; the commercial developers who purchase those panels and offer them to businesses and homeowners as solar power sources; and solar farms—massive, sprawling installations that generate energy sold directly to the power grid or large commercial customers.

Insuring the contractors who produce and install the solar panels is similar to insuring any other installation risk and poses the normal challenges, Soja says.

“Whether you are installing a piece of equipment on a construction site or installing solar panels, the coverages we offer and the exposures that are present from an underwriting perspective are similar,” he says.

Aspen does not insure solar farms. Its solar industry underwriting expertise really comes into play in the commercial segment, which represents 95% of Aspen’s solar business.

These commercial ventures own, operate and maintain the solar energy systems that business entities and homeowners purchase under a contract known as a power purchasing agreement. Customers agree to put the systems on their roofs or elsewhere on their property and purchase electric output from the solar service provider at a specified rate over the period of time covered by the agreement. This arrangement allows the customer to receive a stable supply of electricity, often at a lower cost than traditional power sources, while the solar services provider receives financial benefits such as tax credits and income from the sale of electricity to the customer.

Gibson says this “smart financing” has been one of the biggest factors in solar growth.

“The big new thing is the rise of companies that will directly put solar systems on homeowners’ roofs and are doing it for so many homes that costs are being brought down so low that homeowners can be offered a solar system with no money down,” he says. “This is a revolutionary change—third-party solar leasing parties coming up with a very smart solar leasing model.”

The result is that solar “has gone from an attractive but expensive resource to an attractive and increasingly affordable choice,” Gibson says.

When the solar energy system installed on a home or commercial property produces more energy than the customer requires, the surplus power is sold back to the developer, who can then sell it to the power grid.

Soja says the rate paid by the commercial customer or homeowner is typically 10% to 20% below traditional power sources. In addition, solar power purchase agreements allow customers to negotiate the annual rate increases they will experience, which are usually lower than those of standard utilities. If the house is sold or the business relocates, the solar system provider either removes the equipment or renegotiates an agreement with the new owner or occupant.

Brendan Quinlan, the area vice president for Arthur J. Gallagher & Co. in San Francisco and a specialist in solar coverage, says the “no money down” offer and the potential savings have turned solar energy from an environmental decision to a financial one.

“It is not just about going green any more,” Quinlan says. “It is about how much money can be saved. It has dramatically changed the conversation from the greens and the hippies to one with people saying, ‘I can save $50 a month.’”

For commercial entities, Quinlan says, the incentive is being able to install a cost-effective solar energy system without a huge capital outlay and doing so under a lease arrangement. The commercial entity is freed of the responsibility of owning, operating and maintaining the system, and the size of the operation enables the commercial entity to get an even greater cost benefit than the homeowner.

Tax credits given to both commercial ventures and homeowners represent a big part of the move toward solar energy. The state that leads the way with solar tax incentives—“by multiples,” Soja says—is California, where most of Aspen’s business comes from. “But other states are catching up,” Soja notes. “There is lots of interest in investment capital markets, a lot of interest in joint ventures. You can take advantage of a government incentive to utilize cleaner energy and get tax relief when you invest.”

Of course, there are some drawbacks. The solar power agreements require effort, paperwork and potentially upfront costs, Soja says, and many of the incentives that encourage investment in the solar arena are law-based.

“Lots of incentives and financing could go away,” he says. “It is government-dictated, so there is the potential to change.” However, he adds, “Any reasonably intelligent person would expect that the going-green environment is going to continue to accelerate.”

Although some say solar is a fad that will go away when the tax credits disappear, Quinlan disagrees. “Right now we are experiencing an untapped marketplace with huge potential just beginning to be tapped,” he says. “I don’t think the growth will stop, but it definitely will slow.”

Then there is always the chance the sun won’t shine.

“On its own, solar can’t meet all our energy needs,” Gibson says. “Solar is only produced when the sun shines, so you have got to have other sources of energy as part of the mix. When the sun goes in and out on a cloudy day, you can have spikes, so you need traditional utilities to smooth that out. You are going to have to have backup systems.”

As is the case with all new technologies and developing markets, there are underwriting challenges with solar energy. In addition to the valuation issues around replacement costs, insurers need to know both how to price the policies and what kind of limits to put on them. The second challenge involves catastrophe modeling, Soja says.

“If you are a property underwriter and you’ve got a billion dollars of exposure under 1,000 locations, each of those locations has a zip code. You can plug it into an industry model and put out a probable maximum loss of that portfolio. But when you get into residential solar installations, a billion dollars of insured value could be in thousands and thousands of locations. Each is relatively small, but from a catastrophe perspective, because a lot of the action is in California at the moment, you face some interesting challenges.”

Earthquakes and wildfires, to be specific.

“When you think about residential exposures in California, some of the nicer homes up in the mountains of southern California are going to have more solar panels than other homes, and they are more vulnerable to wildfires,” he says. “How does an underwriter price for catastrophe exposure for wildfire? How comfortable are you with the aggregation of exposure in a single loss?”

Typically, an insurer writing coverage for a solar panel developer issues a single policy for the company, and “you grow as they grow,” Soja says. What that means is that the maximum limit for exposure—for example, $10 million—won’t change, but the true exposure to loss within that limit could increase.

“You could hit the maximum faster or with a smaller loss,” Soja says. “For instance, a small earthquake or fire loss or hailstorm is going to present a certain loss at the start of the policy period, but at the end, it might have grown 50% (because of more installations). The probable maximum loss is going to be significantly higher than anticipated at the start of the policy term if they are in growth mode.

“That makes it critical to understand the client, the geographic limits where they intend to grow, the projected exposure at the end of the policy as opposed to the start of it and the value at the beginning of the policy period as opposed to the end. How you model them from a catastrophe perspective needs to take inherent growth into consideration.”

In some cases, an insurer might keep its existing customers but not write new customers in that area, or the insurer could concentrate more on customers with a focus in, say, Nevada as opposed to southern California.

Solar providers also have the ability to generate revenue through the sale of surplus power to the grid. From an insurance perspective, that means the commercial solar provider could experience a loss of income from surplus power sales in addition to the loss of the solar panels and related equipment. It could also mean that the commercial provider, depending on the terms of the agreement, might need to buy additional power to replace the power that was lost.

To cover these eventualities, Aspen provides coverage that essentially functions the same as business interruption insurance for other commercial lines.

“It all comes down to knowledge of the industry and knowledge of your client,” Soja says. “The key is knowing which questions to ask and not taking everything on face value. You have to know the business that you’re in. We plan on continuing to learn and be experts ahead of the curve and ahead of the competition.”