Industry Technosavvy the May 2018 issue

Are ICOs the New IPOs?

A hot initial public offering was the dream for the first generation of internet companies, but today many startups are looking to initial coin offerings.
By Michael Fitzpatrick Posted on May 1, 2018 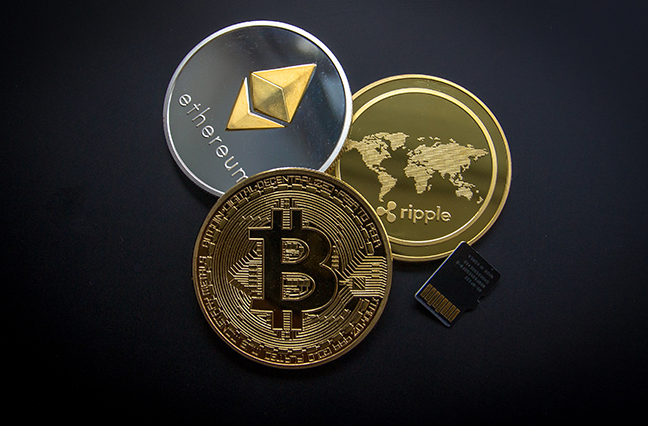 Initial coin offerings, or token sales, raised some $5.6 billion in 2017—more than 20 times the $240 million raised in such sales in 2016, says Fabric Ventures and TokenData.

Unlike in an IPO, investors don’t buy shares of the company but, rather, purchase cryptocurrency “tokens” that provide access to the firm’s goods or services or its network of users.

ICOs take a crowdfunding approach that stands in contrast to the more traditional process of convincing venture capitalists to fund a startup, developing the company through early stages and later going public or being bought by a larger, more established company.

“A good way to look at it is cryptocurrency meets Kickstarter,” says Pavel Bains, CEO of Bluzelle, which works on blockchain projects with insurers and is developing a decentralized data storage system. The Singapore-based startup raised $19.5 million in a January ICO. “It’s a way for companies like ourselves to raise the capital that we need to build out our product. To do so, what we’re saying is we’re going to give you a coin or a token that you need to pay for the service or the product. We’re creating our ecosystem around that.” (See Tech-No-Savvy’s Q&A.)

While the coin or token doesn’t represent a share of the company, investors may still be hoping for a profit as the company’s service gains traction and its tokens appreciate.

“What a lot of buyers will do is that, as this product gets used more, the price of that token or currency will go up and they can keep it as an asset,” Bains says.

That’s an aspect of ICOs that’s attracted attention from the U.S. Securities and Exchange Commission, which takes the view that, whether investors are buying a “utility” token or a share of stock, an instrument that offers the promise of future profit is a security. It was widely reported earlier this year that the SEC had issued subpoenas in connection with some ICOs.

“It seems that regulators—the SEC in particular—have taken note of ICOs,” says Caribou Honig, CEO of 3rd Act Ventures and co-founder and chairman of InsureTech Connect. “It’s hard to say whether their intent is to put a mild chill on ICOs or a deep freeze, but either way, I won’t be surprised if we’ve already seen ‘peak ICO.’”

While ICOs enjoyed explosive growth last year, longer-term they may represent more of a niche rather than a broader market transformation. And they don’t likely herald a disruption of the venture capital industry.

“There are a number of legitimate challenges for VC firms over the next decade, but ICOs would be low on my list,” Honig writes in an email interview. “While ICOs might be an extraordinary opportunity to raise capital for a handful of companies, I think they will be the exception and not the rule.”

“Many of the best entrepreneurs will welcome what VCs can bring to the table—fresh eyes, industry or operational experience, a network, and more—that makes VC money more than just money,” Honig says.

ICOs, however, seem to be a natural fit with some blockchain-focused startups.

“Stepping back a bit,” Honig says, “ICOs ought to be most interesting where a company wants the users, or customers, themselves to have a stake in the whole business succeeding, particularly network-effect businesses. Communication platforms expanding functionality beyond messaging, for instance, are one of the areas looking at ICOs.”

For blockchain startups, it can be difficult to raise money from traditional venture capital firms, Bluzelle’s Bains says.

“It requires a lot of education for them [VC firms] to understand,” Bains says. “There is a cryptocurrency world of enthusiasts who understand the technology and understand the risks, and they’re more open to supporting companies like ourselves that might be the next big thing in the decentralized world that they are envisioning.”

While investors are always looking for the next big thing, caveat emptor remains the rule.

“The biggest concern is about scams and false products,” Bains says. “Just like in any asset class that arises, people come in and have not done their homework—do not understand the technology and what’s behind it—and just get in because of fear of missing out. It’s really important for any token buyer to educate themselves on the fundamentals of blockchain technology, the company whose token they’re buying, what is the technology and is the team credible.”

For its part, the SEC acknowledges that, although ICOs can provide needed capital for startups, investors should proceed with caution because they offer substantially less protection than traditional securities markets, SEC Chairman Jay Clayton said in December.