A Trillion Here, a Trillion There

Add 10 points on the top marginal tax rate plus 3 points to corporate taxes. The math doesn’t work.
By Joel Wood Posted on June 1, 2021 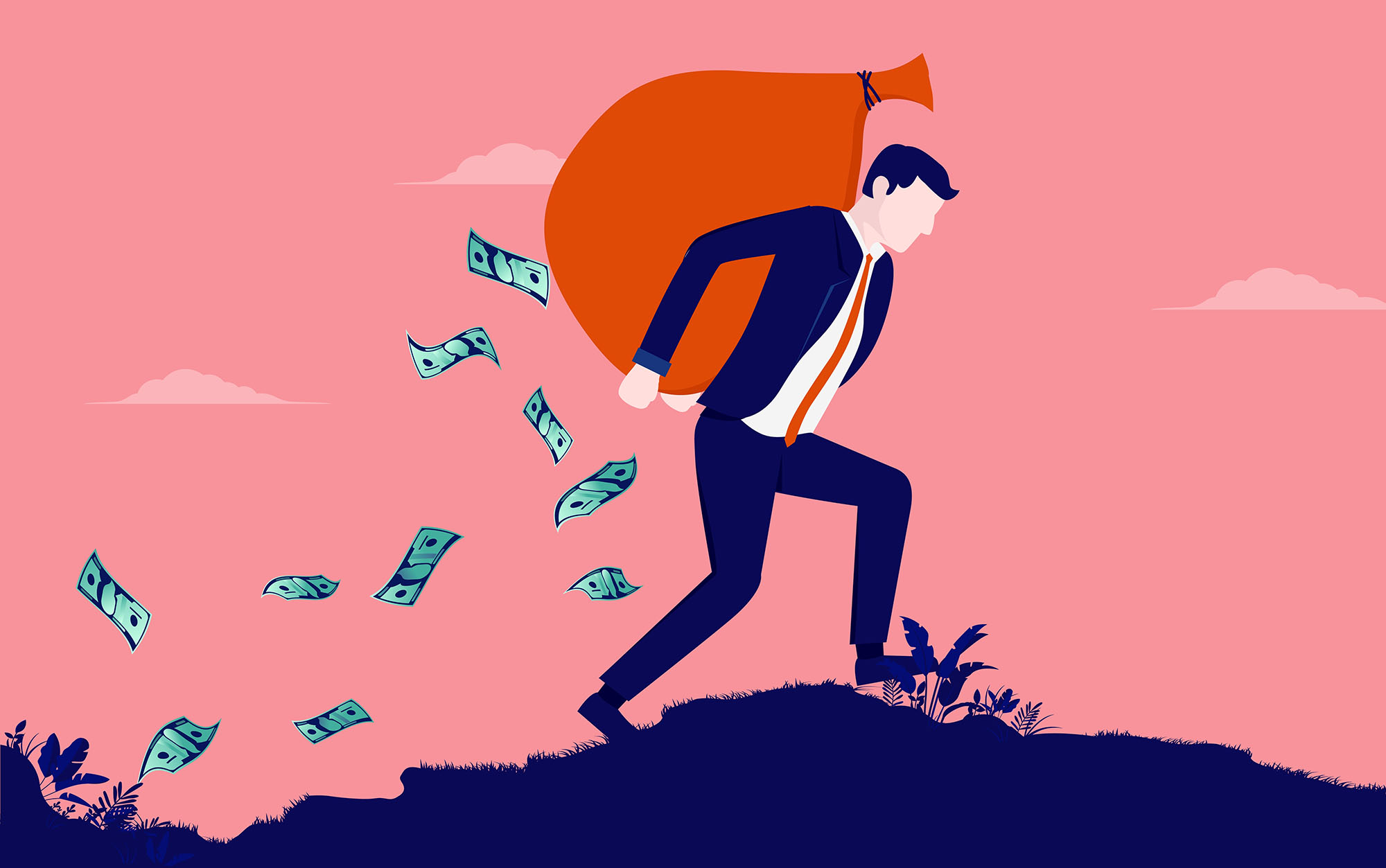 Brokerage red alert: A corporate tax increase of 25% to 28%! A top marginal tax rate increase to 38.5%! A doubling of the top capital gains tax rates—the highest hike since the 1920s! The combined capital gains rate in New York alone would be 54.3%! Another doubling of the effective international tax rate (through expansion of the Global Intangible Low-Taxed Income, or GILTI), to 21%!

Winnie the Pooh: “But Tigger, this IS a hill.”

OK, I have your attention. Now, breathe in, breathe out. We at The Council can give you scenarios for taxes going up, and we are especially vigilant that brokers don’t end up on the short end of the stick. But the broad outlines of Biden’s proposed tax hikes are mostly going nowhere. What’s happening now is a kabuki dance—an event almost designed to create the appearance of an uncertain outcome, when in fact (most of) the participants are in on the joke.

The votes simply are not there.

In the Senate, the margin is 50-50, with zero margin of error for Majority Leader Schumer. No Republican is going to vote for massive new tax levies. Sen. Joe Manchin says he wouldn’t support any corporate levy beyond 25%, and fellow Democrat Sen. Kyrsten Sinema says she’s not interested in tax increases of any kind. Several other moderates seem to be content to hide behind Manchin and Sinema. Contrast that with Obama’s margin in 2009—a filibuster-breaking majority of 60 senators.

In the House, assuming no GOP support, Speaker Pelosi can currently lose no more than four votes. Compare that to 2009, when Democrats had more than a 60-seat majority.

Even with those 2009-2010 majorities, Obama couldn’t manage to pass a major cap-and-trade energy bill. Yes, he did pass a slenderized ACA—with disastrous mid-term political results.

Inside-the-Beltway-conventional-lobbyist wisdom should be looked upon skeptically, and that’s all that your writer has to offer. No lobbyist could have predicted much of anything politically in the past several years. But the math doesn’t lie. Biden, Pelosi and Schumer don’t have the votes for multitrillion-dollar tax and spending plans.

What’s happening now is a kabuki dance—an event almost designed to create the appearance of an uncertain outcome, when in fact (most of) the participants are in on the joke.

Once this effort fails, however, we can squint our eyes and see a far more modest, more traditional infrastructure package gathering bipartisan support, perhaps with a few pay-fors. Something on the order of $1 trillion, not 3 or 4, and perhaps only halfway paid for.

If that happens (most likely in the fourth quarter), your Council lobbying team will be in the middle of the congressional scrum, using every ounce of political capital and goodwill we’ve built up over the decades, to get the best deal for commercial insurance brokerages.

But on taxes, as we learned in 2017, it gets tricky. Not everybody’s interest is the same.

There were some clear winners in the brokerage space in 2017 among the public companies like MMC and Brown & Brown. A corporate tax decrease from 35% to 21% was a home run for them. For private-equity-fueled firms, the GOP wasn’t looking to do them any favors. They wound up losing the write-offs from depreciation and amortization (EBIT versus EBITDA). The process started out even uglier—private equity would have been blasted. They wound up with half a loaf. Likewise, internationally domiciled firms got dinged.

Were we able to move the needle on these big-picture items? Not really. We’re one of more than 5,000 trade associations in Washington and among 50,000 other registered lobbyists and corporate interests.

Meanwhile, two thirds of Council firms are organized as pass-throughs, including some big ones. The original iterations of the Tax Cuts and Jobs Act of 2017 did nothing for pass-throughs. Then manufacturing firms persuaded Congress that they should get a new tax deduction. Pass-through owners who qualify can deduct up to 20% of their net business income from their taxes, reducing their effective federal rate by 20%.

Responding to adamant opposition to the bill from the small business lobby, GOP leaders added pass-through relief to small businesses (ones with joint filers that cap out at $415,000 annually).

When the dust settled, only two other exceptions were made: relief broadly for pass-through real estate brokerages and insurance brokerages. Lots of others were hosed. This didn’t happen because we were on the sidelines. We called upon our Republican congressional tax-writing friends, and they delivered for us.

Different firms have different areas of emphasis, but they are seldom in conflict. So it is with tax reform. We’re for keeping everybody’s taxes as low as they can be, full stop.

The Catch-22, though, of the pass-through relief is that it will expire in 2025, whereas most business tax cuts (absent congressional action) are permanent. Tell us who the president is in 2025, and who’s running each chamber of Congress, and we can tell you what the chances are for an extension of the low rate.

Lobbyists for trade associations are all-too-often hamstrung by the competing interests of their member firms. But in my 28 years at The Council, I can count on one hand the number of times when this has hampered our ability to lobby effectively on major issues. Different firms have different areas of emphasis, but they are seldom in conflict. So it is with tax reform. We’re for keeping everybody’s taxes as low as they can be, full stop.

Elections have consequences, and we’re seeing them on display, with one party controlling both chambers of Congress and the White House. But just barely. Raising taxes is a different endeavor than issuing $1,400 checks and $300-a-week unemployment bonuses. Count the votes. They’re not there.