Where Are We Going?

While commercial auto rates climb continuously, the industry is struggling to control losses.
By Annmarie Geddes Baribeau Posted on September 30, 2020 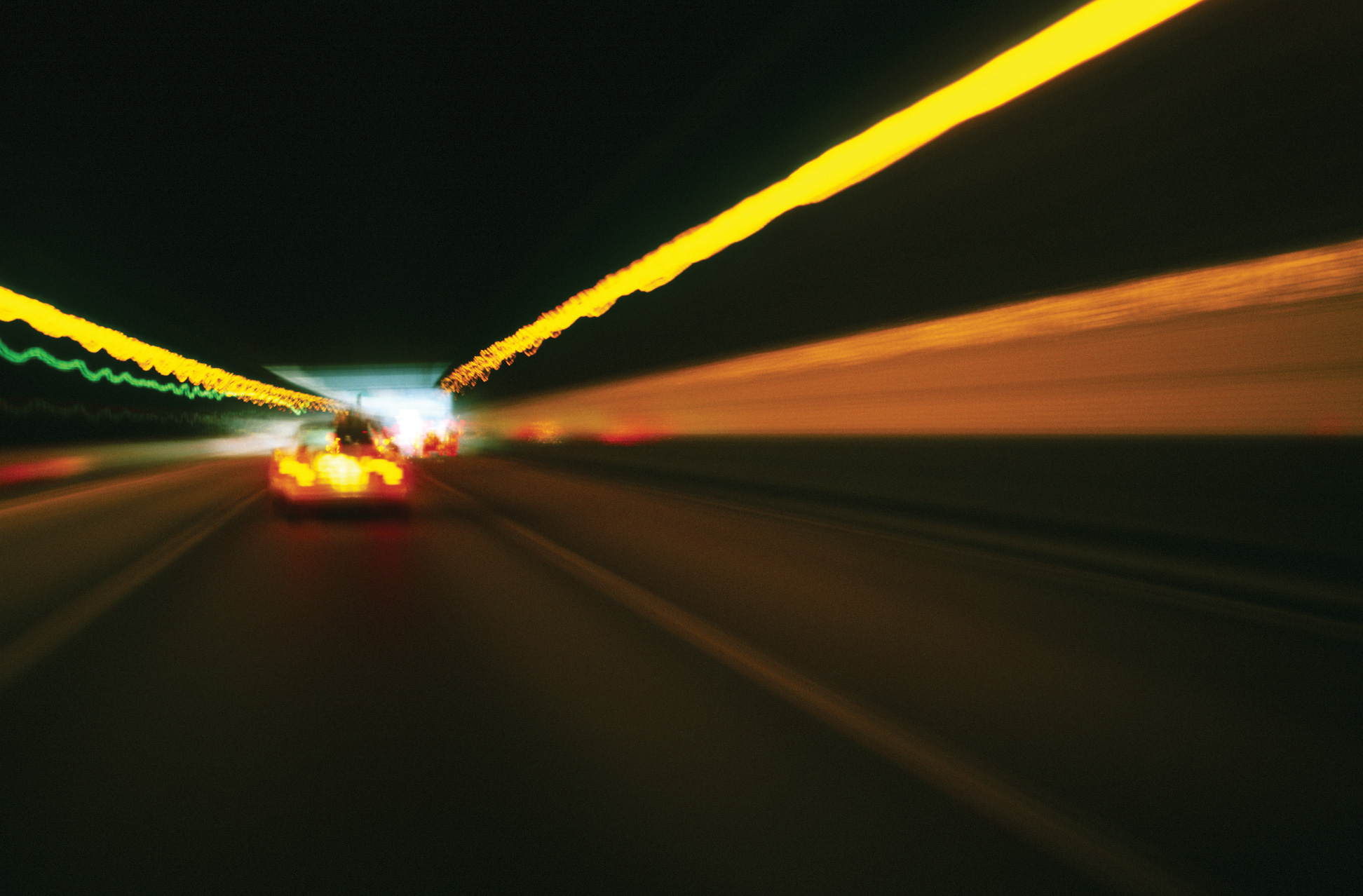 Prices have been headed skyward since 2011, with no end in sight.

While some say the rate hikes are needed to make up for years of underpricing and hefty losses, the upward spike is killing trucking companies and skewing the market.

Risk managers get a lot of pushback on loss control methods.

For the trucking industry in particular, premiums on average rose 12% from 2017 to 2018, the American Transportation Research Institute reported in November 2019. “I saw more businesses close their doors in the fourth quarter of 2019 than I saw in the great recession of 2008,” says Andrea Dickinson, executive vice president and transportation practice leader at AmWINS Brokerage of Tennessee, referring to the effect of the high cost of coverage on truckers’ ability to stay in business.

The impact stretches on from there, including the rise in umbrella coverage premiums and increasing activity in the excess and surplus markets, which are seeing “a surge of otherwise standard-auto risks” moving in, says Dickinson. In the third and fourth quarters of 2019, average umbrella premiums rose 9.8% and 13.6% respectively, according to The Council’s P&C Quarterly Market Survey. The upward pressure continued into 2020, with average umbrella prices increasing by 17.3% in the first quarter and 20% in the second.

On top of all this, excess carriers, which “use a percentage of the underlying auto liability premium to develop their premium,” are also raising prices because claims costs are going up significantly, says Lynn Cogger Koop, executive vice president and shared economy practice leader for transportation/workers compensation at R-T Specialty Insurance Services.

How Did We Get Here?

Dickinson points to the insurance pricing cycle as at least part of the reason for high premiums. Historically, Dickinson says, the standard commercial auto policy “has been underpriced.” In other words, although the cost of covering commercial auto increased, hindsight reveals insurers did not begin catching up soon enough by charging higher rates.

Pointing to federal trucking statistics in an article titled “Rough Road Ahead in Commercial Auto,” specialty shop and wholesaler CRC Group notes the number of crashes involving large trucks and buses—only a segment of vehicles covered by commercial auto—began rising in 2010. But some insurers treated commercial auto as a loss leader when packaging commercial coverages together.

And the combined ratio continues to be over 100. Although it declined slightly from a high of 111.1 in 2017 to 108 in 2018, it rebounded to 109.4 in 2019, according to A.M. Best Company’s report “US Commercial Auto Writers: Profitability Remains Elusive,” published in June. “The 2019 underwriting loss of $3.9 billion is the worst loss in 10 years,” according to the report, “continuing a trend of progressively worsening results for commercial auto writers.” A.M. Best ’s preliminary estimates for 2020 show a combined ratio of 107.9.

A Look at Cost Drivers

Unfortunately, determining cost drivers and their impact on pricing is not straightforward. Commercial auto encompasses all vehicles used for business purposes, but the volume of data differs by how common a vehicle type is in use. And each vehicle type carries a different risk profile.

The lack of publicly available data specific to commercial auto insurance makes it difficult to spot changing trends and foresee their relevance. Often, industry reports suggest potential factors impacting commercial auto using proxies from other lines, such as personal auto or workers compensation, and other data sources. Even with those difficulties, there are some statistics that can provide a good starting point for people trying to understand the risk.

I saw more businesses close their doors in the fourth quarter of 2019 than I saw in the great recession of 2008.
Andrea Dickinson, executive vice president and transportation practice leader, AmWINS Brokerage of Tennessee

The NCCI report notes that MVA claims tend to represent a higher share of the costliest claims as well, accounting for 28% of claims above $500,000 but only 5% of all claims over the five-year period.

Contrary to broker observations, ISO data indicate no increases in frequency. “I believe much of the deterioration in loss experience, which is leading to price increases, is being driven by increases in severity, not increases in frequency,” says Ken Williams, staff actuary for the Casualty Actuarial Society. Overall, second-quarter 2019 ISO data show claim severity increased 5% to 6% over the prior year for commercial auto liability, Williams says.

In the personal auto line, medical inflation is playing somewhat of a role in claim severity, according to the Insurance Research Council’s report “Trends in Auto Injury Claims,” published last year. And it may be a factor in commercial lines as well.

The higher cost of repairing vehicles is also a meaningful contributor to commercial auto losses. According to the most recent ISO information, from second quarter 2019, commercial auto pure premium (also known as loss costs) for trucks, tractors and trailers rose 6% over the same period in 2018 for other than collision (OTC) claims and 4% for collision claims. For private passenger types of vehicles, pure premium rose 6.5% from the prior year for OTC claims and 4% for collision claims, according to ISO. These price hikes are primarily driven by rising claims costs, not by increases in the frequency of claims.

Overall, the average repairable vehicle appraisal amount in 2019 rose 4.9% from 2018 to $3,225, according to CCC Information Services. Repair costs for commercial vehicles tend to be more expensive, Williams says.

“Whatever we see so far makes it difficult to determine if litigation costs are really up,” Williams says. But he adds, “Higher litigation costs could explain increases in commercial umbrella pricing, since most umbrella claims involve litigated settlements.”

Cincinnati Insurance Group began seeing an uptick in commercial auto losses from 2015 to 2016, says Sean Givler, senior vice president of commercial lines. One primary cause of accidents is not surprising—distracted driving, which has risen with the use of smart phones, beginning 10 years ago. According to Cincinnati Insurance’s claims data, Givler says, one in four accidents have elements of distracted driving. “It is a societal issue, not just an industry issue,” he says. “It is going to be society that solves it through education and changes in the legal system.”

A report by LexisNexis tracking auto insurance trends suggests insurers should pay closer attention to how they are rating distracted driving mainly from texting, suggesting that it could become a larger factor than driving under the influence. The report, released in August, is based on consumer data.

There are other accident causes as well. Citing general driving statistics not specific to commercial auto, Liberty Mutual Insurance, in a 2019 report on trends in commercial auto insurance, points to impaired and aggressive driving. The A.M. Best market segment report also notes nuclear verdicts, inadequate safety precautions by drivers, and “just being slow to adapt to current technology and modeling innovations already widespread in the personal auto line” as other factors.

Though safe driving is the first defense against vehicular accidents, prevention through technology use is still a challenge. Besides urging clients to provide adequate training and enforce a culture of safety, brokers are advocating the adoption of telematics and onboard cameras as critical in risk management. But sources say insurer support of technology through financial incentives is mixed. Some insurers have little interest. Others, especially for certain industries like shared-economy drivers, are requiring telematics and/or onboard cameras.

At Cincinnati Insurance, which offers coverage for all types of commercial vehicles, underwriters give preferred pricing for companies that provide incentives for safe behavior, are careful with driver selection, and use telematics, which exponentially improves safety records, Givler says.

Tracking driver behavior in real time reveals hard breaking, overturning at exits, and speed. Obtained via equipment or an app, the resulting data are successfully collected and applied for rating purposes.

“The benefit of telematics is undeniable,” Givler adds, noting that using cameras as well can provide insight into the relationship between individual driving behaviors and vehicle characteristics “that is powerful from an individual risk basis.”

Too often, Rettberg says, cameras are used retroactively to review post-accident footage. He argues that cloud-connected onboard cameras and GPS are better because they provide real-time feedback and training opportunities. Rather than waiting a week or two to see results, he says, “you can reach out to that driver while on break to discuss.”

“We have seen great results in mitigating claims and expenses,” Rettberg says. That noted, he says, “I don’t think enough participants in the industry are using the drive cams. … For those using them, they are not going to go back.”

You want to be able to manage risk before an incident occurs. That, from a driver’s perspective, could be an invasion of privacy.
Kevin Rettberg, transportation vertical leader, AssuredPartners

Convincing insurance-buying customers to voluntarily invest in traditional risk management and newer technological solutions, however, is not easy, despite skyrocketing premium increases. Expense is one factor. But drivers are not necessarily enthusiastic about being monitored as they work, which can exacerbate the driver shortage.

“You want to be able to manage risk before an incident occurs,” Rettberg says. “That, from a driver’s perspective, could be an invasion of privacy.” Eventually, there might not be a choice.

Another way to reduce accidents through technology is with advanced driver assistance systems (ADAS). Dickinson, of AmWINS, says larger, financially healthy trucking companies are investing in collision avoidance technologies, but smaller ones may struggle to do the same. “I think that commercial auto has not felt the pressure to invest in technology like trucking has,” she says, “and therefore may be more behind than trucking fleets.”

Advanced driver assistance systems have limitations. In personal vehicles, ADAS has been shown to help prevent accidents in most of the scenarios tested by the Insurance Institute for Highway Safety. But the technology is expensive, and repair costs are much higher than for older conventional cars. Further, ADAS technologies can introduce new risk, such as failing sensors or hackability.

With the increase in pressure to adopt telematics and other cloud-based and real-time data-collection feeds, it might be more than just commercial auto prices that concern the commercial auto industry. Cyber insurance may attract a gimlet eye, and business auto and fleet brokers should be prepared to discuss the matter—and to place the coverage.

Telematics use also requires some buildout of recordkeeping, safety violation response, HR evaluations and warnings, and potentially legal action. These are frequently administrative functions clients do not already have. The issue of increased risk in some markets based on political violence may also become a conversation if it hasn’t already.

With all this in play, brokers interviewed by Leader’s Edge say no end to commercial auto premium increases is in sight. “The longevity of the hard market is going to be longer than everybody thinks,” says McCarthy.