Workers comp carriers face a murky future if TRIA is not extended.
By Mike Patten Posted on March 1, 2014 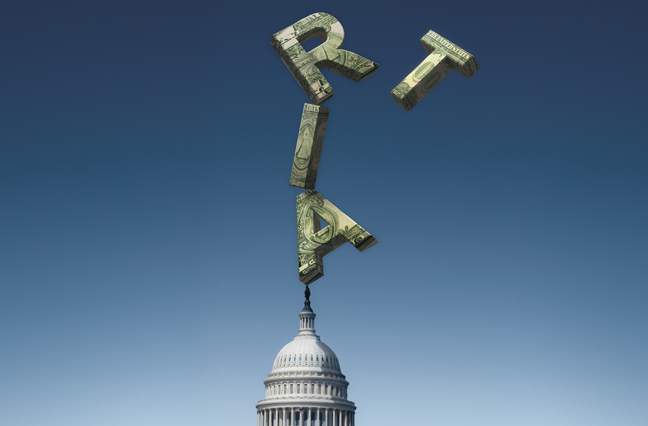 In the weeks and months after 9/11 it became clear that unforeseen collateral damage was crippling the nation’s economy.

The attacks in New York, Pennsylvania and Washington resulted in a staggering $32.5 billion in claims paid by insurers (that’s equivalent to about $42.1 billion today). But the attacks also made insurers and reinsurers realize that terrorism had become a risk they did not know how to model, prompting many firms to exclude terrorism coverage from their commercial and liability policies.

Those insurers who continued to cover terrorism were forced to increase premiums dramatically—by an average of 30% for a business renewing in the fourth quarter of 2001, according to the Insurance Information Institute. The effect on the economy was instantaneous. As insurance became less available and more expensive, the nation’s growth slowed to a stop. A study by the Real Estate Roundtable indicates that more than $15 billion in real estate-related transactions were canceled or delayed in the 14 months after 9/11. Some 300,000 jobs were lost during that period, according to the White House Council of Economic Advisors.

It was a wakeup call.

Fourteen months after 9/11, Congress passed the Terrorism Risk Insurance Act of 2002, which created the Terrorism Risk Insurance Program, a risk-sharing plan between the federal government and the insurance industry. TRIA created a mechanism for up to $100 billion of annual reinsurance protection from the taxpayers for catastrophic losses from acts of terrorism committed on U.S. soil. In exchange for the backstop, insurers were required to make terrorism coverage available in all commercial property and casualty policies, and the industry was given three years to determine how to model and price terrorism risk.

The program brought instant stability to the marketplace. In the first full year after TRIA, 27% of businesses bought terrorism insurance, according to I.I.I. By 2012, that number had increased to 60% and was even higher in major metropolitan areas. With coverage widely available again, the median premium for terrorism insurance for midsize and large firms fell from $57 per million dollars of total insured value in 2004 to about $20 per million dollars today, according to Marsh. Except for administrative costs, federal funds have never been tapped for the program.

“The Terrorism Risk Insurance Program is perhaps the most successful example of a public-private partnership to date,” U.S. Rep. Peter King, R-N.Y., testified last September at a hearing of the House Financial Services Committee. King has co-sponsored legislation to extend TRIA through 2024.

TRIA was extended in 2005 for two years and then again in 2007 for seven years. But the law is scheduled to expire on December 31, and Congress is again considering an extension.

The Terrorism Risk Insurance Program is perhaps the most successful example of a public-private partnership to date.
U.S. Rep. Peter King

Meanwhile, insurers say they still don’t know how to accurately model for a terrorist attack. And while the amount of new investment flowing into the private markets for terrorism insurance has steadily increased, insurers remain concerned that a large-scale attack could prove too costly for the industry to meet its obligations without the federal backstop.

“The main hurdle in assessing and underwriting terrorism risk is that the frequency of loss from terrorism is neither predictable nor random,” says Edward Ryan, a senior managing director with Aon Benfield, Aon’s global reinsurance business. “Therefore, terrorism insurance is unlike any other marketplace risk. The uncertainty surrounding terror risk makes insurance coverage unique, and this requires a novel approach.”

In its current form, the plan contains a series of triggers that determine the level of an insurer’s exposure in the event of a large-scale terror attack. The first trigger would occur when the secretary of the treasury, in concurrence with the secretary of state and the attorney general, certifies an event as an act of terrorism under the law. Such an event must result in aggregate property and casualty losses of $100 million or more (up from $5 million in the original act and $50 million in 2006).

Individual insurers must pay an amount equal to 20% of their direct earned premiums for their TRIA commercial property-casualty lines and then a 15% co-pay up to the program cap of $100 billion. Neither an individual company nor the government is required to pay for excess losses after $100 billion. The deductible has increased steadily since TRIA became law—from 7% in 2003 to 10% in 2004 to 15% in 2005. It has been 20% since 2007.

The industry as a whole must pay up to $27.5 billion in losses through deductibles and co-payments. This, too, has increased over the years, from $10 billion in 2003.

“It’s a very important backstop for the industry overall,” says Aaron Davis, a managing director with Aon Risk Solutions, Aon’s global risk management business. “It’s one where carriers for the most part are managing their exposure to terrorism based upon their retentions under TRIA.”

It’s unknown whether the insurers would have to pay for the losses up front and then seek reimbursement or vice versa.

“I don’t think anybody really knows that,” says Michael Power, Lockton’s Northeast Real Estate Practice Leader. “There’s been an awful lot of debate whether the insurers have to pay it and then recoup from the federal government or whether the federal government would advance the funds. The interpretation of how it gets paid out depends on who you talk to, and thankfully it’s just been a theoretical discussion at this point. Nobody really knows, and hopefully none of us will ever have to know.”

According to Marsh, take-up rates are highest in the Northeast (77%) and lowest in the West (53%). Nationwide, media companies, educational institutions and financial entities all have take-up rates of 75% or higher.

“As you can imagine, it’s quite high for industries like entertainment, financial institutions and real estate,” Davis says. “For instance, for real estate, many of the loan covenants require commercial real estate entities to purchase terrorism coverage. And if you are a big public company and you’ve been purchasing terrorism coverage, from a corporate governance perspective, it’s going to be very difficult to tell shareholders you’re not purchasing it anymore.”

There is also a stand-alone market for terrorism insurance, consisting primarily of global p-c carriers. It was in existence prior to 9/11 but was designed for global terrorism risk. In the years since 9/11, it has grown substantially and covers high risks not covered by the market. It is frequently packaged with TRIA-embedded coverage in the United States.

That stand-alone terrorism market operates on an aggregated peril basis, similar to the market for earthquake or flood insurance. Aon estimates there is about $3 billion in capacity per insured in that stand-alone market but that figure drops very quickly. The actual nominal typical line available to clients is closer to $1.5 billion, according to Aon.

“The average coverage their clients purchase for global lines of terrorism is $400 million,” Davis says. “In areas that are real problem zones like New York, Chicago, San Francisco, Philadelphia and Boston, that can quickly drop to as low as $250 million of available capacity.”

Davis says the take-up rate at Aon for terrorism coverage is about 66%. Of the companies buying the coverage, about 80% get it through a TRIA-embedded policy.

“If 80% of that market is relying on TRIA to secure their terrorism coverage and that market disappears, the stand-alone terrorism market will only be able to address part of that,” Davis says. “It’s classic supply and demand. If supply diminishes and demand remains constant or goes down, you’re still going to see pricing go up dramatically.”

The possibility of a large-scale attack during work hours has a lot of industry insiders and observers worried about the industry’s ability to pay workers compensation, even with the current TRIA backstop.

Without a federal backstop, the National Association of Mutual Insurance Companies says, workers compensation insurers would bear the entire financial burden of losses from a terrorist attack. Because these policies are not allowed to exclude losses due to terrorism, the expiration of TRIA could result in disaster for workers comp carriers and the businesses they serve.

In a large-scale attack, workers comp claims could force a carrier into insolvency, in which case state insurance regulators would have to respond. To the extent they are available, state guaranty funds would kick in.

“There’s really no viable alternative market to workers comp, for example,” says Wendy Peters, senior vice president for North America Terrorism Practice at Willis. “It’s not as if there is a developed stand-alone terrorism market for workers comp. That doesn’t mean there couldn’t be, but up until now it’s never been something that was necessary because it’s statutory—an underwriter can’t exclude terrorism from an offer of workers comp.

“There’s never been an issue getting the markets to participate. Going forward, there is a fear that the workers comp market without the backstop of TRIA will just bail if they find they are in a position that they can’t absorb the type of terrorism risk to which they’d be exposed.”

“If you think it through,” Davis says, “if you are a very big p-c writer, you’ve got this potential class loss between workers compensation, liability and property. In our discussions with two rating agencies, most of the stress-test scenarios in terms of capital adequacy, most of the failures from a downgrade perspective, are really attributable to the comp component, versus property. Workers compensation is going to be a very big issue.”

If 80% of that market is relying on TRIA to secure their terrorism coverage and that market disappears, the stand-alone terrorism market will only be able to address part of that. It’s classic supply and demand.
Aaron Davis, managing director, Aon Risk Solutions

With the future of TRIA in doubt, carriers have begun excluding acts of terrorism from p-c lines that renew after December 31. There is concern that, without coverage available and affordable, the nation’s economic growth may slow again.

Jeffrey DeBoer, president and CEO of the Real Estate Roundtable, said the loss of terrorism coverage could be devastating to business. In a letter to Senate Banking Committee Chairman Tim Johnson, D-S.D., and ranking member Mike Crapo, R-Idaho, DeBoer writes: “The two top headwinds we see to economic growth and job creation concern monetary policy changes—how and when interest rates rise—and the ability to obtain terrorism insurance—without which transactions of all size and product type will be slowed or canceled.”
No one has to convince King. In his testimony last September before the House Financial Services Committee, he credited TRIA with keeping America moving.

“TRIA brought New York back to life,” King says. “But it has also been pivotal in allowing celebrated American events like the Super Bowl and the Olympics to continue, fully insured. It lets amusement parks keep their doors open and helps universities continue groundbreaking research. Construction of new enterprises can continue in our urban centers without delayed financial transactions. And every American can still try their luck at a casino in Vegas or go to a stadium to watch their favorite major league sports team. You may not realize it, but TRIA has a hand in all these events coming to pass.”

P&C Economic Stress Tests Workers Comp Plans
To survive, and even thrive, during these times, flexibility is key for workforc...
P&C Ransomware Continues to Lead Cyber Attacks
And the temptation to just pay the ransom is big but dangerous.

P&C The Next Pandemic
COVID-19 data modeling and granularity may lead to small pieces of coverage that...