More than 2,000 satellites currently orbit the planet. Will their insurance market come crashing down to earth?
By Zach Ewell Posted on March 1, 2020 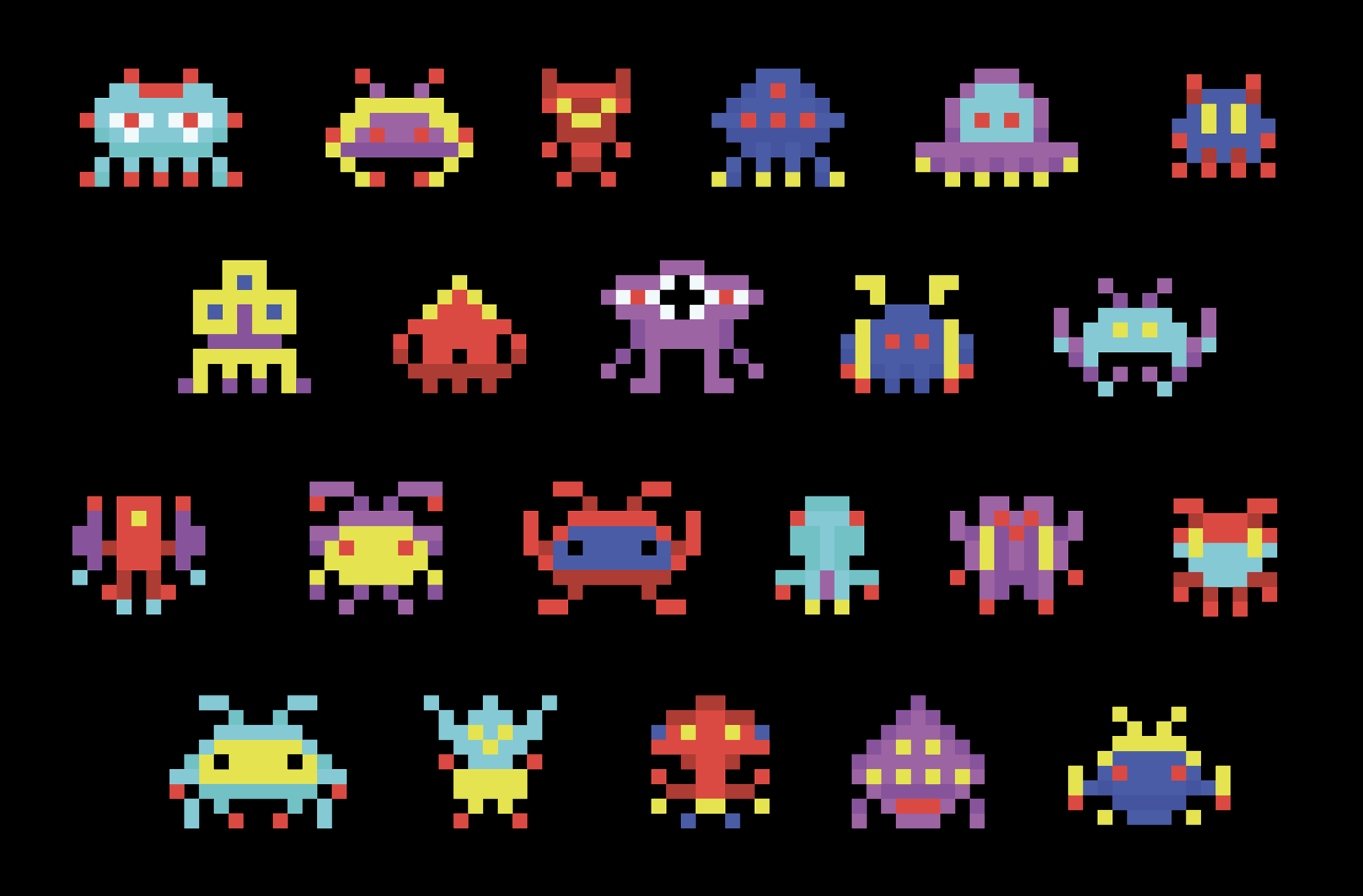 Outer space just doesn’t look like it used to.

The final frontier, once inhabited by earth’s first and only artificial satellite, Sputnik 1, has become host to more than 2,000 satellites orbiting our planet.

The commercial space insurance market has been reliably soft for the past few years, with plenty of capacity. However, these low premiums, combined with recent large payouts, have begun to tear away at the insurance market for space satellites.

Low premiums have conspired with recent large payouts to tear away at the insurance market for space satellites.

Less expensive satellites have made the technology more accessible, but there remains little room for error.

“Satellite insurance premiums have been dropping for over a decade, as the coverage available far eclipses the size of the market,” says William Crowe, CEO at High Earth Orbit Robotics, an Australian company that optimizes images from space. In addition, Crowe says, “In the last three years, the number of failures in orbit has risen, and just a few failures per year are needed to destroy all profits.”

Last year was crippling. Several satellites, including Lingque 1B, Chinasat 18 and Falcon Eye 1, failed to launch. The loss of the Falcon Eye 1 alone cost insurers more than $400 million and triggered capacity issues. Following the massive loss, Swiss Re left the underwriting market for space risks. According to Aon’s “Space Mid-Year 2019” market report, the withdrawal of the reinsurer has resulted in reduced available market capacity of up to $50 million per risk.

While smaller and less expensive satellites have made the technology more attainable for international and commercial use, there is still little room for error in this market.

“LEO is becoming increasingly crowded…should the insurance market be impacted by such an event, there will likely be a robust reaction from the underwriters.
Chris Gibbs, head of space, Canopius Group

Satellites of all shapes and sizes orbit the earth’s atmosphere, some as small as a tissue box. What isn’t small, however, is the coverage needed when launching and keeping these satellites in orbit. One of the largest exposures that heavily impacts the satellite insurance market is launch.

“You’ve got a satellite sitting on top of a bomb, really,” says Jeff Poliseno, CEO at Aon International Space Brokers. “There’s a lot of moving parts, and a lot of things can go wrong. We’ve been fortunate in that we’ve had a high level of reliability for a number of years, which has been fantastic for everyone, for the industry and certainly for clients buying insurance. The launch phase is, in and of itself, inherently very dangerous.”

After breaking through earth’s atmosphere and separating from booster rockets, the next large risk lies in orbit. According to Poliseno, the checkout phase of the satellites—where systems are tested in orbit—has statistically been the riskiest. In this phase, satellites are usually screened for any damage that might have occurred after launch. They deploy their antennas and other external parts to make sure they survived the journey through earth’s atmosphere unscathed. Once those external parts respond properly, the satellite’s risk for failure decreases drastically.

“Once the satellite is in orbit and is known to be working as per its technical specifications, there’s a real high level of reliability,” Poliseno says.

In recent years, smaller-satellite production and the development of low earth orbit (LEO) satellites have given more entrepreneurs the ability to produce and launch their own satellites. “The cost to build and launch satellites has definitely gone down in recent years, and this exponential growth is due to low earth orbit becoming the domain of private enterprise,” says Marc Beaudry, CEO at Otus Intelligence Group, which provides data analytics for risk and sustainability management. “It is a competitive market now, and companies can develop cheaper and smaller satellites and piggyback on other payloads for launch, which reduces overall cost.”

That growth is reflected in the insurance market. From 2011 to 2018, the number of insured LEO satellites tripled, and total insurance for in-orbit exposure grew from $1 billion to more than $5 billion, according to Swiss Re.

With more and more companies flooding earth’s low orbit atmosphere, however, the risk for collision becomes higher. Early 2009 saw the first collision between two satellites. An inactive Russian communications satellite collided with an active commercial communications satellite operated from within the United States. According to the Secure World Foundation, the collision produced around 2,000 individual pieces of debris—still circulating in low earth orbit.

“LEO is becoming increasingly crowded, and this will continue with the advent of large constellations currently being launched,” says Chris Gibbs, head of space at Canopius Group. “The insurance market, together with those more directly involved, are acutely aware of the possible impact of conjunctions, collisions, in LEO and the significant knock-on effect they could have. Needless to say, should the insurance market be impacted by such an event, there will likely be a robust reaction from the underwriters.”

Each Risk Is Individual

The bulk of countries operating today in the Northern Hemisphere have satellites in earth’s orbit. According to the Union of Concerned Scientists, as of the beginning of 2019 the United States had launched over 900 satellites used in the commercial and government/military sectors. China has launched nearly 300 satellites and Russia nearly 150. The rest of the world combined has launched more than 700 satellites.

With such a large international presence, satellite manufacturers can be found all over the world. Because so many companies and countries are interested in launching their own satellites, the best way for insurers to approach satellite coverage is by treating each machine on an individual basis.

You’ve got a satellite sitting on top of a bomb. There’s a lot of moving parts, and a lot of things can go wrong.
Jeff Poliseno, CEO, Aon International Space Brokers

“Each risk is individual,” Poliseno says. “Satellite designs are different. Obviously, there are major manufacturers, and then there are manufacturers of smaller satellites that we see less frequently. There are major launch vehicle providers and then some smaller and newer launch vehicle providers that are coming. It’s very much everything is underwritten on an individual basis and judged on its technical merit… Is there any new technology? That’s always a big concern.”

Akiko Hama, underwriting manager of space at Global Aerospace Underwriting Managers Limited, says the relationship between insurers and the satellite manufacturer is vital to the international market. They work together to ensure a satellite has what it needs prior to launch because, if a launch fails, both parties will be impacted by the market. “Major manufacturers and launch services providers also engage with insurers directly,” Hama says, “both in supporting their customers with insurance on a particular project as well as briefing insurers regularly with their activities and general trends in their products.”

The Future Is Fuzzy

After several key failures and a major reinsurer leaving the market, the satellite insurance industry will likely be licking its wounds as it enters this decade.

“2017 was a moderate profit,” Poliseno says. “2018 was a loss, and [2019] is setting up to be a loss as well. So just in the recent months, I would say, the market has really been turned on its head. We’ve gone from historically soft insurance market conditions, meaning very favorable to the insurance buyers, to a hardening market very, very quickly.”

It is unclear whether 2020 will bring stability—and profits—to the satellite insurance industry. Premiums could fluctuate, and a possible insurance gap could develop. Even more insurers could leave the market as a result.

“The rates need to increase so that the overall premiums increase,” Hama says. “In order to do so, perhaps some more capacity needs to leave the market. However, insurance is a cyclical marketplace, so having a totally stable market may be difficult.”

Like any emerging market, trial and error is the only way to improve underwriting and industry. Although it has been 63 years since Sputnik 1 was first launched into low earth orbit, the risk exposures associated with outer space continue to be challenging to predict.

“Satellite insurance analysis is a real dark art right now, which is compounded by a tiny sample size as well as a large number of unknowns,” Crowe, of High Earth Orbit Robotics, says. “It’s possible that the launch of thousands of new satellites will create further statistical data to assist analysis.”

When it comes to wildfires, hurricanes or flooding, insurers are always looking for new tools to help predict and judge the amount of damage done. The use of imaging from space satellites has the power to revolutionize the way insurers collect data and underwrite. Covering satellites is one thing, but space imagery can help protect everything else that needs to be covered on the ground and across the earth.

“Using satellite imagery was a natural fit for the insurance industry, as they have for the most part global companies with large portfolios and have a need to assess damage over wide areas while still being able to extract information on a granular level,” says Marc Beaudry, CEO at Otus Intelligence Group. “The improvements made with sensors, better resolution, and smaller platform provide both the accuracy and the revisit time to perform critical analysis.”

By properly mapping imagery obtained from earth’s orbit, companies could more precisely insure their clients’ homes and businesses. Carriers such as Lloyd’s have already begun to experiment with using satellite imaging to speed up claims following natural catastrophes.

Beaudry says Otus Intel is developing offerings to help insurance companies predict future damage. “For example, potential structural damage to properties due to ground movement, which has become problematic globally as water tables are depleted,” he says. “Being able to predict future risk allows insurance companies to improve the way they set their premiums without the need to deploy people on the ground to make these assessments.”

Utilizing satellite imagery, insurers can track properties and wilderness before and after devastation, and underwriters could produce policies halfway around the world by viewing satellite footage on their computers.