As SpaceX and others privatize space flight, how do the risks of space travel change?
By Zach Ewell Posted on September 30, 2020 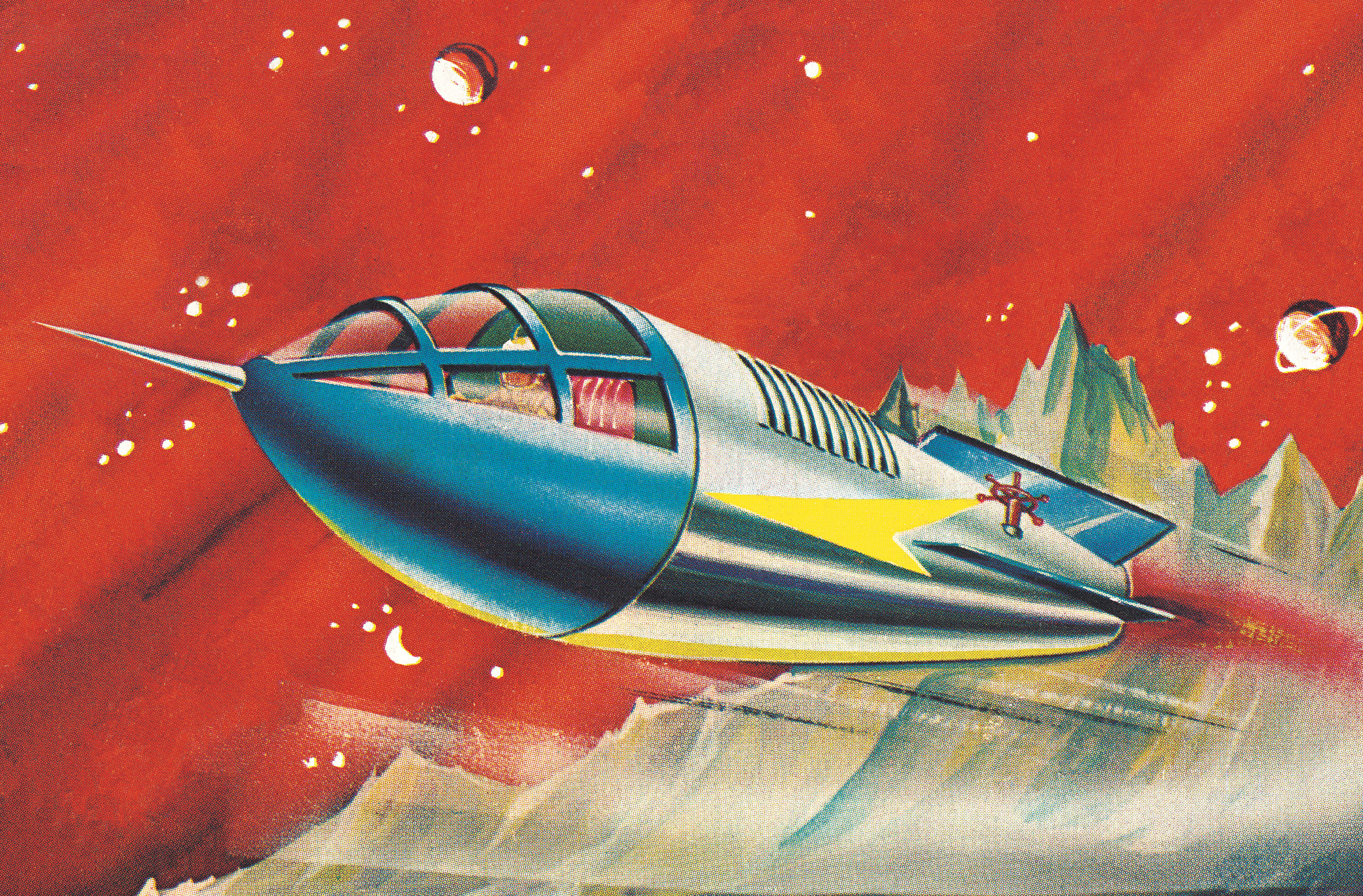 In May of this year, SpaceX marked a massive achievement for NewSpace.

The first private space company, in conjunction with NASA, launched two astronauts from earth to the International Space Station, the first astronauts to be launched from American soil to the space station in nearly a decade.

NewSpace is the emerging private space-flight industry that’s looking to push boundaries and make outer space more attainable over the next decade. It’s being driven by companies such as SpaceX, Blue Origin and Virgin Galactic, which are competing against each other in space tourism, satellite launching, and payload delivery.

One of the differences between evaluating traditional space risk and NewSpace risk is in rocket reusability, which also happens to be one of the biggest drivers of private company interest due to the cost savings. According to Bloomberg, the SpaceX Falcon 9 rocket costs an average of $62 million to launch, much cheaper than NASA’s average launch cost of $152 million. In addition, SpaceX’s Falcon 9 is reusable. Just two months after SpaceX’s Dragon spacecraft and Falcon 9 rocket delivered American astronauts to the International Space Station, the very same rocket booster made another launch in Florida, this time carrying communication satellites for the South Korean military. According to Elon Musk, CEO of SpaceX, Falcon 9 rockets can be reused up to 10 times.

The emerging private space-flight industry is looking to make outer space more attainable over the next decade.

Due to cost savings, rocket reusability is one of the biggest drivers of private company interest in space flights.

“There’s been some sensitivity from the insurance market relative to reusability,” says Jeff Poliseno, CEO at Aon International Space Brokers. Of SpaceX, Poliseno says, “I think they’ve proven, at this point, a solid record of reliability in regard to reusability. The insurance market has since adapted and really does not rate a reused Falcon any higher than a new one.”

Poliseno says some insurers remain hesitant to underwrite a mission known as the “n-plus-one reuse,” which refers to when a space company has demonstrated it can reuse a rocket five times but is using one for a sixth launch. “Then you get some more questions, a little more sensitivity to it,” Poliseno says.

Like any other space risk, we expect every mission will be different at this stage such that each one would have to be underwritten on its own merit.
Akiko Hama, underwriting manager for space, Global Aerospace Underwriting Managers Limited

As SpaceX continues to pioneer and reuse rockets for space flight, companies in the private market will likely follow the same technology model to drive down prices. Currently there are few standards for manufacturing and operating these machines that the private space industry can follow to help identify exposures.

“There hasn’t really been a reusable launch vehicle to the extent that SpaceX has now developed,” says Patrick Slomski, a partner at London-based insurance law firm Clyde & Co. “And I guess the other companies are also developing that at the moment because there isn’t a sort of uniform regulatory framework of standards that you build to. For space launch vehicles, you can’t really look at it in a uniform way. It’s more of a risk acceptance culture.”

When it comes to launching vehicles into space, those involved need to consider lots of exposures. In the past, millions of dollars have been lost due to liftoff malfunctions. According to Poliseno, insurers heavily analyze two phases to minimize launch risks. “I think the launch phase is deemed the riskiest phase,” Poliseno says. “And then, secondarily, the checkout phase of the satellite, upon a successful separation from the launch vehicle, where antennas are deployed and solar array wings are deployed and so forth…. Once checked out on orbit, an operating anomaly rate generally reduces quite significantly at that point.”

Even before launch, another large risk factor is the weather. SpaceX and NASA’s joint launch last May was delayed once by poor weather conditions and cloudy skies. With just under 17 minutes until takeoff, SpaceX scrubbed the launch and postponed it for three days, when weather was more suitable and skies were blue.

Poor weather can put launches at risk, and postponing a launch can close the window of opportunity for a mission. Poliseno says launch missions sometimes have small windows of opportunity to take off, which places a heavy importance on timing. “It’s more risk related to your ability to launch on time,” he says. “Certain types of missions have very short launch windows for scientific purposes and then to get into a specific orbit. So a lot of times you don’t have the flexibility of a two-hour launch window, versus some missions that you do. It’s always something that is certainly a concern.”

Insuring satellites and rockets is much different than covering human space travel. Akiko Hama, underwriting manager for space at Global Aerospace Underwriting Managers Limited, says the typical sum insured for a satellite launch and one-year policy amounts to replacement costs of the satellite itself, the launch service and the insurance premium, among other expenses.

But what will be insured when it comes to future manned missions into space? The spacecraft itself? The people onboard? The success of the mission? “The policy and its premium rating structure will also be more complex, especially if it includes passenger liability coverage, along with the sort of underwriting information we would require to underwrite such risks,” Hama says. “Like any other space risk, we expect every mission will be different at this stage such that each one would have to be underwritten on its own merit.”

And many signs point toward much more frequent space travel for humans than we have seen in the past. Japanese billionaire Yusaku Maezawa is one of several investors who hope to take a commercial space flight to the moon by 2023. Such leisure space tourism could be a big part of NewSpace. Other possible space industries that could grow as a result of NewSpace include 3D printing manufacturing in space, scientific testing laboratories in space, and space imaging for the Earth and beyond.

I think the launch phase is deemed the riskiest phase. And then, secondarily, the checkout phase of the satellite, upon a successful separation from the launch vehicle, where antennas are deployed and solar array wings are deployed.
Jeff Poliseno, CEO, Aon International Space Brokers

For now though, things, not people, remain the focus of NewSpace. “The industry as it stands is not focused on human space flight beyond ISS at the moment,” Slomski says, referring to the International Space Station. “It’s focused on the non-human payloads. There are many launches every year of satellites, communications, remote sensing, stuff like that.”

According to the Union of Concerned Scientists, as of April 2020 more than 2,660 satellites were orbiting the earth. Almost half are U.S. satellites operated by the government, the military or commercial industries.

Earlier this year Leader’s Edge reported on the volatile space satellite insurance market, which is currently a hefty portion of the entire private insurance space market. Large payouts were issued for major satellite failures, including Lingque 1B, Chinasat 18 and Falcon Eye 1. The loss of the Falcon Eye 1 alone cost insurers more than $400 million. Going into 2020, the space satellite insurance market was hardening substantially. “The state of the market, I think, has caused some clientele and buyers of insurance to wait, to be more patient, whereas in the past we were doing programs three years ahead of launch because market conditions were extremely favorable,” Poliseno says. “The last couple of years, that was not the case. So they took some significant losses. As a result of that, we saw the market shift—you know, hard and fast, dramatically.”

The space market also has not been immune to the upticks in premiums across most lines of insurance, exacerbated by the outbreak of COVID-19, Poliseno notes. “And we have seen large premium increases, in some cases to 300%,” he says. “So, not insignificant, especially when it comes to hundreds of millions of dollars.”

However, Hama notes, “The space insurance market is very resilient in spite of fluctuations in premium rates and loss experience, and is also very innovative and adaptable, as insurance is a key enabler for the private space industry.”