COVID-related shutdowns abound in the entertainment industry. In response, some niche MGAs are offering pandemic coverage to productions that can afford it.
By Zach Ewell Posted on January 19, 2021 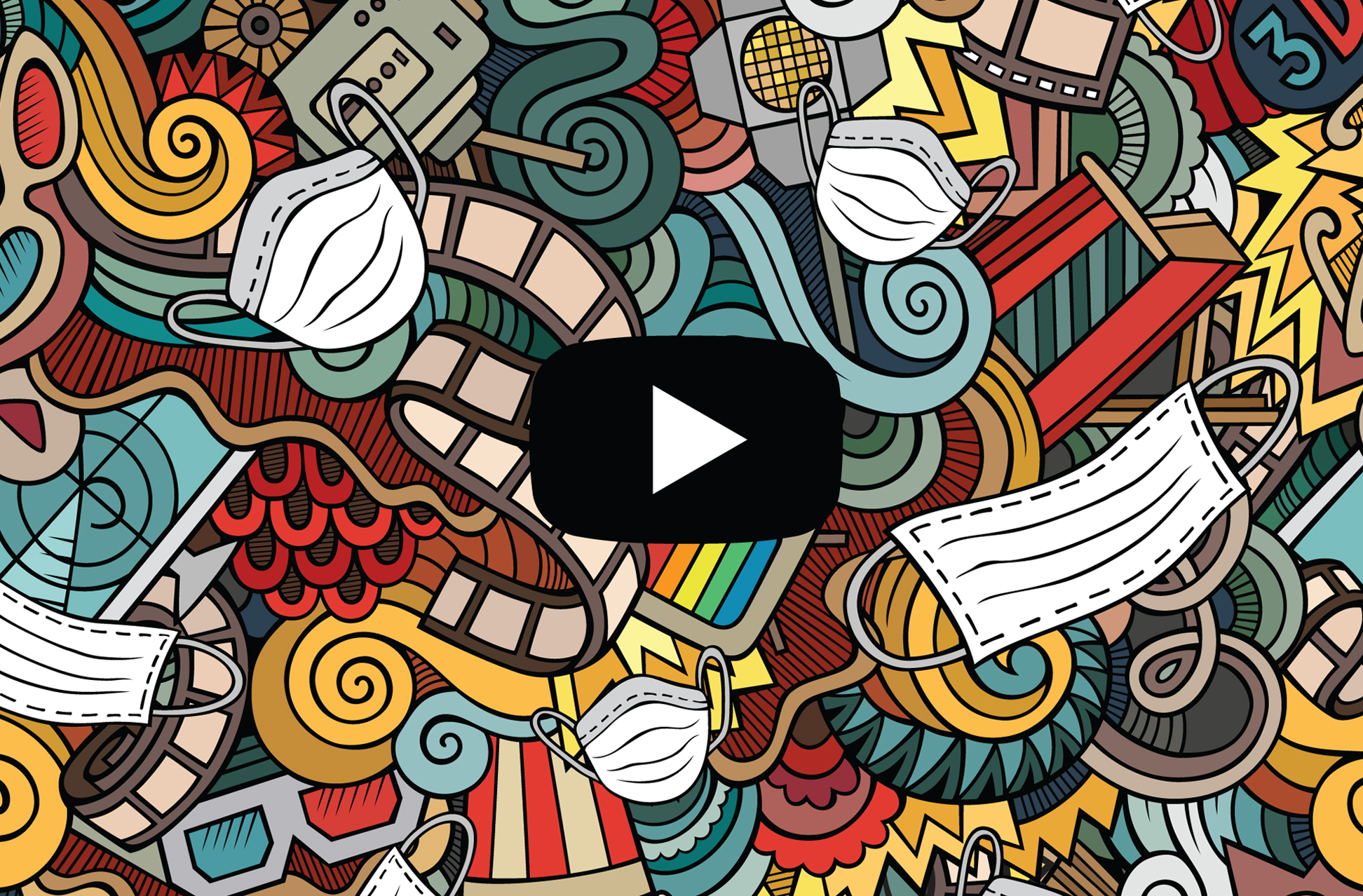 When the pandemic struck, the entertainment industry, just like many others, had to close for months. The reality of production is that it can’t be done via Zoom.

Yet with Americans largely stuck in their homes for the foreseeable future, televised entertainment has been in heavy demand. According to a survey conducted by One Poll, by April the average American began streaming up to eight hours a day and had accounts for four streaming services. But eventually the pipeline of pre-pandemic content dries up and new content needs to be made. So with logistical adjustments and safety measures in place, the industry has gotten back to work. For many would-be productions, however, insurance has become a barrier.

For many would-be productions, insurance has become a barrier.

For the film industry, coverage can be costly due to the many exposures it covers, including production delays, civil authority shutdowns and damaged sets.

Most policies exclude COVID-19 coverage, but a few insurers offer policies that include the coronavirus in their coverage.

The U.S. entertainment and media market was estimated to have grossed more than $720 billion in 2019, and prior to the COVID-19 response decimating the world economy, the global market was expected to reach $2.6 trillion by 2023, according to a report by Allianz Global Corporate and Specialty.

Coverage for this dynamic industry typically consists of separate policies for general liability, auto, workers comp, and an entertainment/film package. The film package can be tedious and costly due to the many exposures it covers, including production delays due to injury or sickness, civil authority shutdowns, and damaged sets, props and equipment. Production costs and coverage can vary, depending on production size and scale, number of locations, and the danger involved, among other factors.

According to Mike Groner, vice president of U.S. at Front Row Insurance Brokers, when the pandemic first hit America, most of the insurance carriers that cover film and television productions had no exclusions for communicable diseases. Most productions would have had some form of coverage as long as their claim was a result of a government stay-at-home order or a covered cast member getting sick, Groner says. “When COVID-19 did hit and the stay-at-home orders were initially activated, most of our clients who had a full production package policy actually had some form of coverage to cover their shutdown,” he says. “So it would be the shutdown cost. And then eventually, when they were given the green light to film again, they had startup costs to cover the additional expenses over and above their original production budget.”

As a result, insurers started adding exclusions for the coronavirus and infectious diseases. According to Groner, these exclusions were added as a blanket to all sections of the same entertainment package policies.

Groner notes that only productions that bought coverage on the market prior to March may still have their insurers on the hook for claims or shutdowns linked to COVID-19. “Those are the only remaining policies out there in the film world that don’t have this exclusion for any claims arising from COVID. So they can be a ticking time bomb in a sense. I think the insurance companies are pretty nervous.”

Hoosegow Productions, the company behind the upcoming Ben Affleck film Hypnotic, recently sued Chubb National Insurance for refusing to extend its current policy past the expiration date after COVID-19 hit and production of the movie was put on hold. The insurer did agree to renew its coverage with the production company but only if losses linked to COVID-19 were excluded.

While most insurers have changed their policies to exclude COVID-19 coverage, a few have begun to underwrite policies that include the coronavirus. “There are some products out there available where productions can buy back the exclusions,” Groner says. “Those policies can be very expensive, usually somewhere in the range of 10% of the limit they want to insure. Let’s say they wanted $3 million worth of COVID coverage. It’s going to cost them upwards of $300,000. But right now, that’s the only thing coming into play to help these productions if they do have a COVID-related loss.”

According to the report by Allianz Global Corporate and Specialty, which was published prior to the pandemic, insurance premiums used to vary between 0.6% and 1% of a production’s total budget.

Elite Risk is a managing general agency that sells specialized coverage and is one of the few offering a pandemic outbreak with COVID-19 relapse product for the entertainment industry. The policy includes cast coverage, civil authority and imminent peril. “We’ve created it in kind of a hybrid parametric indemnity policy,” says Elite Risk founder Jeff Kleid. “So we’re not just paying out the total risk; we’re giving them a Band-Aid so that the investors and financers feel comfortable financing these films again, knowing that we’re covering the cast and knowing that we’re covering a real illness for COVID.”

Pre COVID-19, underwriters never asked questions about pandemic disease or diseases like COVID-19, which they now have to underwrite in exposure.
Rajan Shah, president, RT Specialty

According to Kleid, the enactment of a civil authority shutdown triggers the civil authority coverage. It’s not paid out as a fixed cost but, rather, compensated based on the criteria provided; therefore, it’s a hybrid indemnity solution.

“Realistically, when people talk about parametrics, they can get so focused on an ‘automatic’ payout without claims assessment or consequences,” Kleid says. “Such as, ‘You get this much the minute the hail reaches this size, speed or amount.’ But the indemnity aspect tends to hold someone accountable to, at the very least, acknowledge they had that damage.”

What characteristics does Elite Risk take into account when writing these policies? “Different locations, how they’re setting up the zones,” Kleid says. “Are they in a bubble or not? Where does the crew and cast stay after hours? It’s kind of like you’re looking at all sorts of different things, but at the same time you’re looking at what happened in March and you’re asking, OK, why can’t this happen again?”

SpottedRisk, another MGA, underwrites coverage for the entertainment industry that includes COVID-19 related losses due to civil authority shutdowns as well as cast and crew sickness and deaths. But according to CEO Janet Comenos, covering loss for civil authority can be a little tricky. “If a government or public health official shuts down your production, it’s very difficult to underwrite, because you may be underwriting around the personality of a local or state official,” Comenos says. “An appropriate price must be charged in order to cover the expected risk for the insurance company, hence the 7 to 10% rate of line.”

These analytics help us understand how likely a famous person is to be involved in a scandal…How likely the talent is to abide by safety protocols, this benefits our COVID-19 production product
Janet Comenos, CEO, SpottedRisk

SpottedRisk uses its experience selling disgrace insurance, which protects against celebrity scandals, and cast pregnancy coverage, in case a film’s star becomes pregnant during a production. “We have a very robust set of analytics on more than 30,000 famous people,” Comenos says. “These analytics help us understand how likely a famous person is to be involved in a scandal. This benefits our underwriting of disgrace insurance. How likely the talent is to abide by safety protocols, this benefits our COVID-19 production product.”

Rajan Shah, president of RT Specialty of Dallas, says the underwriting risk landscape has totally changed for insuring entertainment productions and notes the lack of standardization among underwriting guidelines. “Each underwriter has their own guidelines on how they view the risks associated with COVID-19,” Shah says. “It’s really hard to determine, other than how COVID-19 has changed the landscape of society in general and in business in general, how it’s changed the landscape of the insurance side. Pre COVID-19, underwriters never asked questions about pandemic disease or diseases like COVID-19, which they now have to underwrite in exposure.”

The Near Future of Entertainment

As many film productions have started back up, casts and crews and their production companies have begun establishing rules to prevent an outbreak on a set. Prevention measures include social distancing, masking up between takes, contact tracing efforts, limiting the size of casts and extras permitted on a set, and constant testing.

With all these prevention measures, some films have still had to shut down due to COVID-19. After a six-month delay due to the pandemic, production on The Batman, starring Robert Pattinson, resumed filming last September. But just three days later the British actor tested positive for COVID-19. Shortly after, the entire production was again put on hold for two more weeks. If a production is forced to shut down due to the coronavirus and it does not have insurance that includes COVID-19 linked losses, the production company or financier may have to bear the monetary loss. While some larger production companies can afford to stop filming, smaller-budget independent films and TV shows may not be able to survive a shutdown or two.

For some films that wrapped production prior to the pandemic, there is one final hurdle they need to clear before they can start earning back their budget. How can they get people out of their homes and into a crowded movie theater? They can’t. Some big-budget Hollywood films such as Dune and Fast and Furious 9 have pushed back their release dates to 2021. It is worth noting, however, that other films, such as Disney’s live-action remake of Mulan, were released on streaming platforms, meaning moviegoers did not have to wait until the end of the pandemic and watch them in theaters.

The movie theater industry has also found some workarounds to continue business in safe environments. Drive-in theaters have seen a resurgence in recent months. With few movies being released in theaters, some indoor movie venues have started to re-release classic movies, such as Star Wars and Hocus Pocus, and require masks and social distancing inside the theater.

It is still unknown when film and TV productions will return to normal or when movie theaters will reopen at maximum capacity. While many productions have resumed, they are operating in a world where the risk exposures are not well defined, as they were prior to this year. “Hopefully a lot of these things will stay forever,” Groner says. “I mean, if you have these new guidelines to keep people from getting COVID, they’ll also probably work two years from now to keep people from getting the cold and the flu. Hopefully these best practices just become the new normal.”