Insuring Wildfires: The Point of No Return?

California wildfires, a gray-rhino event, and what they can tell us about the future.
By Jack Sullivan Posted on October 5, 2020 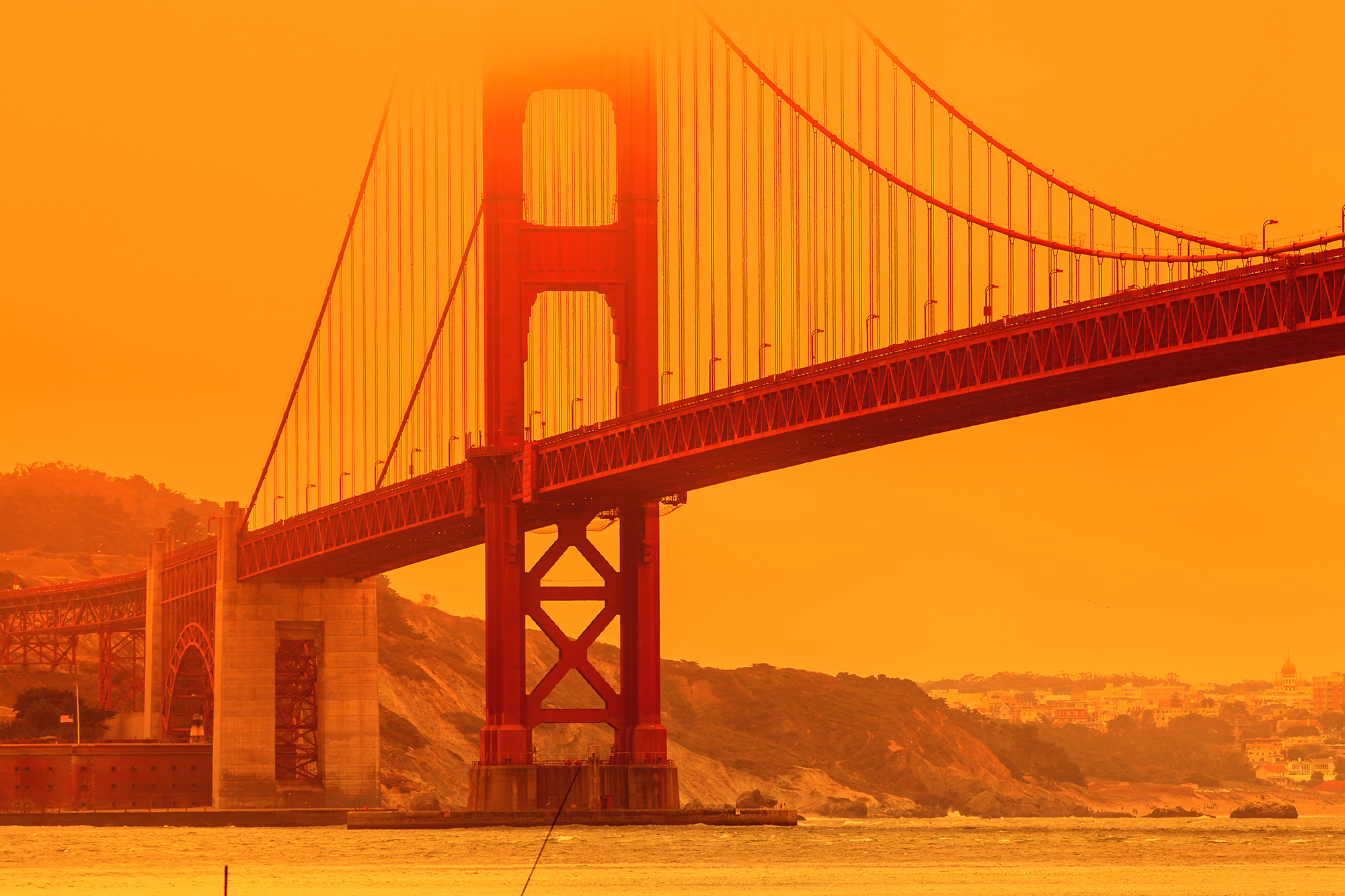 “Gray rhino” is a term coined by American policy analyst Michele Wucker in reference to events that are high in probability and impact, but often ignored.

This term has recently found bandwidth within the insurance industry, especially as it relates to climate change-related catastrophe risks such as the ongoing wildfires in California, Oregon, and Washington.

To date, 4 million acres have burned in California this season, leaving miles of charred debris. This amounts to 10 times the total acreage burned at the same time last year, and more than ever recorded in an annual year. The total scorched land area equates to roughly 3% of California’s total land acreage, a shocking statistic.

Loss estimates are reported by Moody’s to be about $5 billion–$8 billion, but have the potential to change, especially if business interruption or civil authority claims are rewarded in response to stay-at-home mandates issued due to dangerously unhealthy air quality levels. Litigation has typically sided with insurers against such claims unless the civil authority coverage expressly includes wildfires in its language, similar to what we are seeing with COVID-19 related coverage.

California’s devastating fires of 2018 amassed $11.4 billion in damages and destroyed 14,000 homes. Loss estimates for this year’s wildfires are yet to be determined, as the fires have damaged or destroyed roughly 8,687 structures to date. Additional damages in Oregon and Washington only add to concern for larger losses. According to Moody’s, the average structure value is $826,000, which would put the current loss total north of $7 billion in California alone, according to updated numbers from California’s Department of Forestry and Fire Protection’s incident report.

The economic toll of these fires is clear and will be increasingly felt by all as the frequency of severe, far-reaching wildfires grows each year.

While the total losses from wildfires are far less than hurricanes, they have become both more frequent and severe in their impact. For California, the nation’s most populous state, the anxiety for this newly classified major peril is considerably heightened.

One reason for the increase in wildfire severity ironically lies in the fact that we allow them to occur less often. A wildfire can be a healthy and natural occurrence; burning away debris and brush replenishes soil fertility and responsibly eliminates combustible materials that, left unattended for too long, can create a tinderbox. So when we stop one fire, we leave more naturally combustible fuel for the next if it is not removed or burned. Combustible materials compound when we are lax in removing debris and utilizing prescribed burns. This year’s wildfire season risk was made especially worse as prescribed burns were halted in the spring in fear that smoke could trap particles and facilitate the spread of COVID-19.

Most of California’s two million at-risk homes have been built in the Wildland-Urban Interface (WUI), which has expanded rapidly and consistently in response to staggering housing costs in many of the state’s urban centers. In total, 11 million people live in the zone. This underscores the other critical factor of human involvement, as more people now live in areas with high risk to wildfires.

As a result of failing fire mitigation practices and increased development into fire-risk areas, California wildfires have increased a staggering eight times in size since the 1970s.

Finally, increasing temperatures and drier conditions breed more destructive and harder-to-contain fires. These higher temperatures also lead to warmer waters, increasing the likelihood of lightning storms further north into the state, as evident in this year’s LNU Lightning Complex. These same warm-water conditions pushed Typhoon Bavi abnormally north into Korea. These factors are increasing the size of at-risk zones, and not just in California.

Increased severity aside, part of what makes wildfires so challenging is the necessity of cooperation and efficient coordination across private, state, and federal lands. For example, if private land owners take sufficient action to remove combustible debris from forest floors and routinely practice prescribed burns, but neighboring state or federal land fails to do so, their efforts are undercut, especially when one considers the ability of ash to jump from one fire to another area, igniting a new fire altogether.

Fighting wildfires has never been a fully state-funded, government-only endeavor. Today, at the LNU Lightning Complex, 80% of the bulldozers used are privately operated. The growth of for-hire firefighting teams, oftentimes employed by insurers for high-value properties, has faced backlash due to potential interference of public firefighting duties. If insurers are not allowed to take on a greater role in high-risk areas, they might forgo providing coverage in those areas altogether.

Increased membership in the state-sponsored insurance program called the FAIR Plan—which serves citizens who have not been able to attain coverage in voluntary markets—and skyrocketing prices mean more and more policyholders are likely decreasing their overall coverage, creating insurance gaps that will negatively impact the resiliency of communities to catastrophe.

The steady involvement of insurers, brokers, and risk management professionals could mend the insurance gap, which continues to grow, and build stronger cooperation between these differing land ownership structures.

All of this has made California an increasingly difficult market to navigate. “The state has imposed ill-conceived new rules on insurers, temporarily barring them from refusing to renew policies in high-risk areas. And regulators are discouraging the industry from using fire risk as a reason to turn down business anywhere in the state,” according to a recent article by The Economist.

The state has the “authority to reject or reduce rate increases” and “often faces pressure from voters” to do so. Without the ability to accurately price risk, insurers are being asked to blindly accept deals in an area which could bring them staggering losses. Because California often prevents accurate rate increases, some carriers and reinsurers are losing appetite for the region’s property market.

After the 2019 wildfire season, prices charged by reinsurers rose by 70% in some cases. Other reports for different lines of business saw increases two-to-three times the previous year’s levels. More recently, conversations among the reinsurance industry have alluded to a potential zero appetite for risk in California fire regions if damages were to exceed 2018 and 2019 levels. This loss of risk appetite could be exaggerated by the effects of COVID-19 on European-based reinsurance firms, which play an active role in the California property reinsurance markets. If reinsurance capacity recedes, available coverage may as well. This change on capacity weighs heavily on over two million properties identified as at high or extreme risk of wildfire.

The CAT bond market could see an increased role in absorbing risk reinsurers no longer wish to take, but the effects of this increased role remain to be seen and likely do not have the potential to replace reinsurance altogether.

“The insurance crisis in California wildfire country is showing few signs of abating. Rates are shooting up and experts say the problem defies easy remedies,” according to Dave Kasler, reporting locally for the Sacramento Bee. These rural areas, like many in the country, have also seen an influx of residents relocate in response to COVID-19.

“California temporarily banned insurers from canceling policies on some 800,000 homes in or near risky parts of the state,” according to The New York Times. However, with this ban about to expire, a new mass-exit from the market could be in store. California is clawing to keep carriers in the region, but is doing little to help them do so in any manner that meets their interests.

Carriers and brokers are left with a tricky situation of speculation, while insureds find themselves staring at figures several times higher than what they paid just a few years ago. Will we see a transition in which thousands of previously insured homes are given an asterisk, deeming them too risky to insure?

Will development in the Wildland-Urban Interface stop? Probably not, and so carriers and brokers must find a consistent relationship of longevity between risk allocation and expansive risk management practices. Coordination with the state remains crucial for these steps to be effective.

Famed economist Milton Friedman once said the purpose of the corporation is “to use its resources and engage in activities designed to increase its profits.” To many, adjusting for climate change clashes with this mindset. But as recent wildfires have demonstrated in California, the industry could be fast approaching its threshold, beyond which profits are lost if the issues are not confronted more directly. Black swans can be ignored because they are anomalies in a game of frequency, but gray rhinos are different, and should be treated as such.