For economies that consider international trade as an element of future recovery, it’s not too late to embrace the trade credit scheme.
By Vladimir Gololobov Posted on June 23, 2020 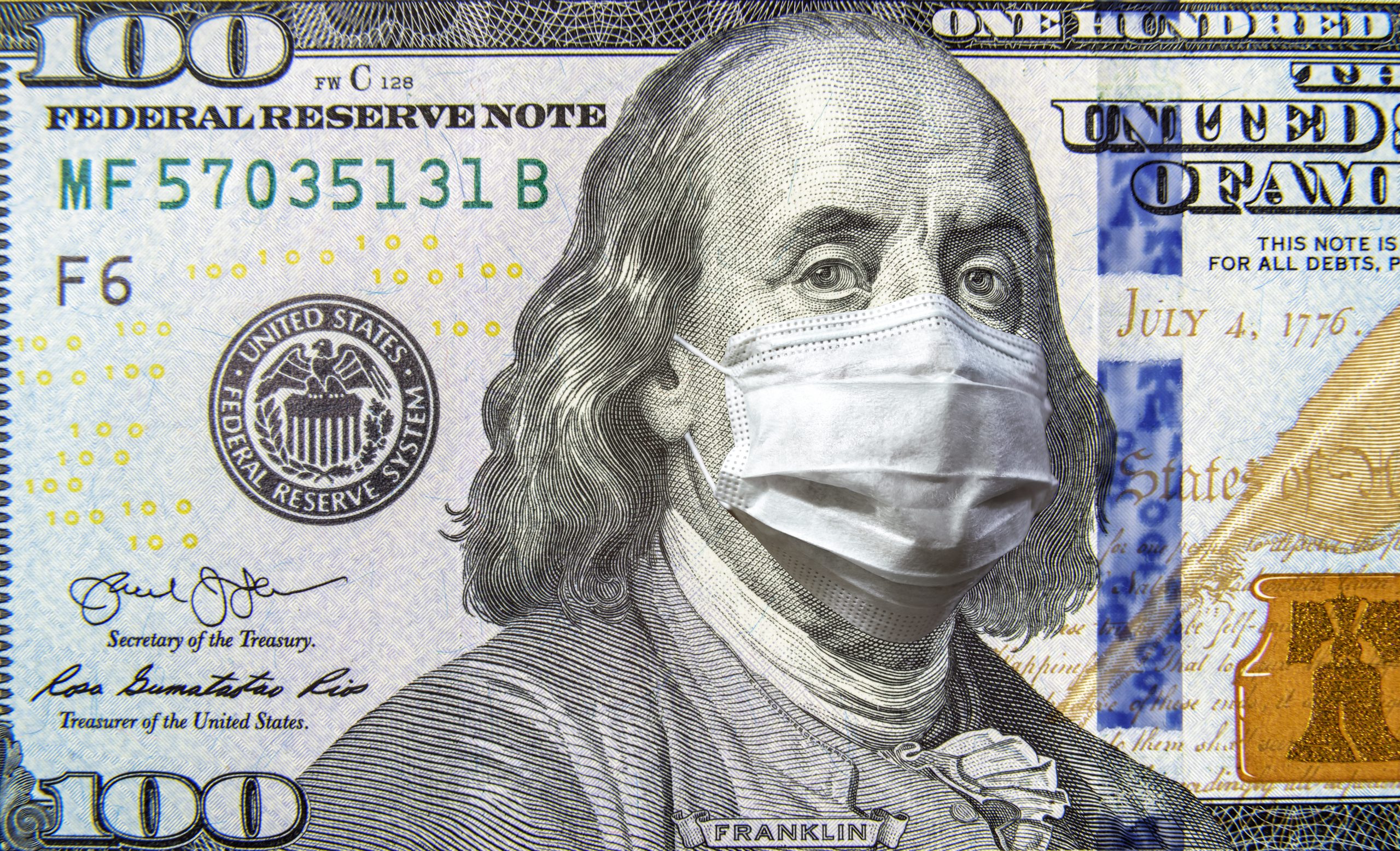 The COVID-19 outbreak has put routine ways of doing business to the test, causing fundamental disruptions to economic ties, transportation, and industrial verticals.

The $10 trillion cumulative economic stimulus, extended by governments worldwide, was an essential measure to maintain liquidity and prevent the system from falling into a bankruptcy abyss. As cash pools dwindle, governments are confronted with important decisions on further steps to ensure that every dollar spent delivers optimal results for a broad circle of stakeholders. For policy makers, it is a difficult task to choose immediate industry winners; while for insurance, it is an opportunity to share expertise and play a part in potentially reducing excessive pressures on public finances in the long run.

The basic principle of risk pooling is at the heart of risk management solutions, including public-private partnerships. At the beginning of the outbreak, the Federation of European Risk Management (FERMA) strongly encouraged the European Commission to launch an ambitious public-private scheme to increase financial resilience against systemic risks such as cyber, climate, or pandemics. However, as experience with terrorism backstops suggest, it may take years following a catastrophic event to develop workable models, implement proper underwriting and claims protocols and secure stakeholders’ participation before the partnership materializes.

Public-private partnerships may still emerge for more manageable risks to support financing domestic and cross-border transactions. Given its impact on multiple economic actors, governments around the world are currently turning their attention to the trade credit backstop. Trade credit insurance supports nearly $3 trillion in global trade. Effectively, credit insurers provide banks with the covers they need to secure advances against customers’ receivables. When coverage is cut dramatically or unavailable, as happened during the outbreak, banks stop lending capital that keeps businesses running.

In his recent letter to the U.S. Federal Reserve and the Treasury, President and CEO of the American Apparel and Footwear Association, Steven Lamar delves into how desperately export-oriented sectors need governments to intervene. “In February, an apparel/footwear company might have been able to insure an $800,000 credit line for a $1 million purchase order. Today, that same transaction might yield only a $100,000 credit line because the insurer is no longer willing to take the risk given the unprecedented business interruptions we have experienced and uncertainty we are still forecasting. Unable to assume the risk for 90% of the transaction, the company now must walk away from the order or try to negotiate a smaller order with their customer,” said Lamar.

In anticipation of both international and domestic disruptions, the export-oriented markets of Canada, France, Germany, the U.K., Belgium, Denmark and the Netherlands have all launched public-private partnerships with various capacities to tackle the trade credit crunch.

The Organization of Economic Cooperation Development (OECD) estimates the global economy will shrink 6% this year. Global trade was flat before the pandemic, and now the crisis has resulted in a 27% crash in just the second quarter, according to U.N. data. As a result, trade credit insurer Atradius forecasts a 2.4% rise in corporate insolvencies in developed countries and 4.2% in Asia Pacific. In anticipation of both international and domestic disruptions, the export-oriented markets of Canada, France, Germany, the U.K., Belgium, Denmark and the Netherlands have all launched public-private partnerships with various capacities to tackle the trade credit crunch.

The effectiveness of public-private schemes has already been tested with other risk lines. “Europe has well established schemes to manage extreme risks like natural catastrophe,” said FERMA President Dirk Wegener. “Examples include the French Caisse Centrale de Réassurance, Spain’s Consorcio de Compensación de Seguros, German Extremus scheme and nuclear industry pools in several countries.” Of course, the public-private backstop is not exclusively a European risk-sharing invention, as similar mechanisms have been adopted through New Zealand’s Earthquake Commission, Japan Earthquake Reinsurance, and the Turkish Catastrophe Insurance Pool. Over time, some programs increased the risk carried by private insurers, while governments also turned a profit and kept part of the premiums. “These offer possible models for new risk transfer initiatives, as they have an established process to provide funds to those affected by such risks,” said  Wegener.

Trade During the Pandemic

The U.K. offers a recent example of how countries intend to prop up their shaky commerce during the pandemic. Like other economies, Great Britain has already experimented with public-private partnerships, including the terrorism insurance backstop Pool Re, which accumulated 6 billion pounds ($7.5 billion) in reserves. It is a success story to its detriment, as some industry leaders suggested using Pool Re’s excess reserves to help pay pandemic-related business interruption claims. For the trade credit pool, the U.K. government will extend retroactive guarantees worth 10 billion pounds ($12.5 billion) until year-end, with carriers expected to pitch in as well. Sidetrade, a software company tracking companies’ revenue flow, estimates the number of unpaid U.K. invoices has increased to 38% since the outbreak. Given that trade credit insurers paid around 450 million pounds ($562 million) in claims last year, the proposed guarantees should suffice to meet the growing demand even under current dire conditions.

In contrast with the German backstop, the U.K. pool for comparable credit lines is modest, but it is substantially larger than the designated funds currently in the Belgian scheme. Should the 1.1 billion euros ($1.2 billion) allocated for that backstop dry up, partners in Belgium may have to seek additional capital injections. Due to participants’ insufficient early commitment, one German pandemic backstop proposal even suggested tapping into private capital in the form of catastrophic bonds. With money being tight across the board, alternative risk transfer solutions may be less attainable, so the government’s support remains essential and appropriate.

As Reinsurance News reported in its recent survey, 41.7% of senior insurance executives agreed that backstop schemes with state participation are “definitely helpful” in tackling pandemic risks, while 22.3% indicated backstops are “essential.” Experience shows they allow for an effective, symbiotic relationship where insurers keep enough “skin in the game” and are sheltered from extreme, sudden spikes in credit insurance claims, while governments capitalize on carriers’ valuable modelling, underwriting and claims processing expertise.

Despite their solid, undeniable benefits, trade credit backstops have one fundamental quality: exporters from countries without backstops, such the United States, are likely to lose the market to their competition from Germany or Canada, where public-private partnerships are already in place. For economies that consider international trade as an element of future recovery, it is not too late to embrace the trade credit scheme.

“Trade credit insurance (TCI) is designed give companies the confidence to trade and be paid, even during times of economic uncertainty and supply chain disruption,” said James Daly, CEO at Euler Hermes North America Insurance Company, affiliated with Allianz. “The problem is that the TCI industry have the desire, but not the capacity to cover the rebound of American industry in the wake of COVID-19. If the U.S. government devotes capital to increasing trade credit insurance capacity, as European countries and Canada have done, it can provide meaningful, direct support to small and medium sized American businesses while sharing in profits as well as losses.”