All (Mostly) Quiet on the Business Interruption Front

An update on the state of business interruption litigation
By Zach West Posted on April 26, 2022 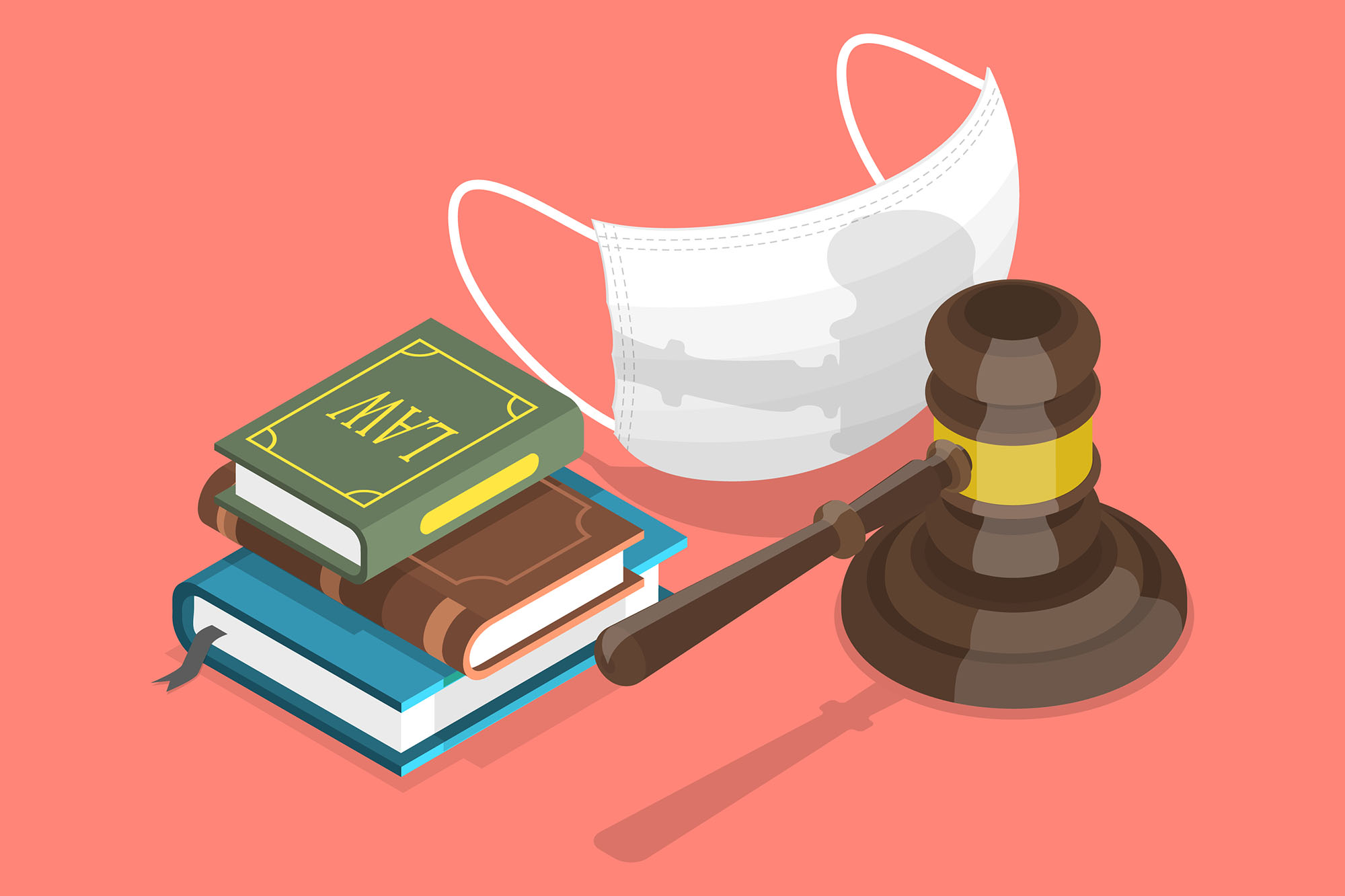 At the beginning of the pandemic, doomsaying about the impact of imminent business interruption litigation was commonplace.

And for good reason—the Insurance Information Institute (III) predicted in mid-2020 that if all businesses won retroactive business interruption coverage for COVID-19 losses, either through litigation or through state or federal bills, it would cost the industry around $400 billion a month, which would result in the exhaustion of U.S. property/casualty insurance industry surplus in mere months.

Since then, arguments by insurance lobbyists and court action have mostly put to rest any concern of retroactive business interruption, at least in the U.S. (save for Washington, where the state legislature has once again introduced a bill that would impose retroactive coverage from causes of action related to the Washington governor’s February 29, 2020 proclamation declaring a state of emergency due to COVID-19). While some concerns remain, the flurry of activity from the beginning of the pandemic has mostly abated in the U.S.

According to the Penn Law COVID Coverage Litigation Tracker, weekly business interruption cases have plummeted from a high of 81 in May 2020 to only 24 the week of March 14, 2022. Of those state court cases that have been decided so far, the vast majority of them—around 80%—have been either fully or partially dismissed, with less than a quarter of them allowed to proceed. In federal court, the contrast is even more stark, with around 95% of cases brought against insurers fully or partially dismissed.

Those cases that were allowed to proceed, e.g., K.C. Hopps, Ltd. v. The Cincinnati Insurance Company, hinged on the fact the plaintiff in that case alleged their premises were contaminated with the virus, and their policy had no explicit exclusion for losses due to viral contamination. This allowed the plaintiff to sidestep the two key arguments often used to anchor insurer arguments for dismissal, which are (generally):

Theoretically, should the plaintiffs in those cases succeed in proving contamination occurred and such contamination qualified as a physical loss, then coverage would apply. At time of this writing, however, the jury in K.C. Hopps, Ltd. v. The Cincinnati Insurance Company found in favor of the insurer, and the plaintiff’s request for a new trial was denied on January 18, 2022.

In the U.K., the FCA test case brought before the U.K. High Court considered 21 sample wordings from eight different insurers in order to provide clarity on which coverages could be triggered by outbreaks of COVID-19 and government action taken to address those outbreaks. The clauses considered could be bucketed into three categories:

Generally, the High Court sided with the FCA and against the insurers on most of the key issues concerning coverage triggers, meaning that insureds in the U.K. were able to find significant relief from their insurers, in contrast to the U.S., where businesses have been much less successful in the legal arena.

But that has not fully put a stop to litigation surrounding business interruption coverage. As Damian Glynn, Sedgwick’s head of financial risks, explained, “Issues that were considered in the test case are being litigated, as well as those that it did not consider.” As an example, he says, issues not considered by the test case were the fact that specified disease lists did not have COVID-19 in them—it did not exist when the lists, offering contract certainty, were compiled, and litigation over whether COVID-19 is caught by the term ‘plague’ in policy wordings. (It has since been found that COVID-19 is not plague.) Additionally, according to Glynn, there are also questions over whether limits apply once for all premises or can be claimed repeatedly at each premises.

“These issues, and potential appeals could go on for years,” said Glynn. But, he added, “We need to bear in mind that this was a test case, so inevitably areas of detail were not examined in return for speed. That is why we have follow up litigation for those areas still requiring clarity.”

Notably, Glynn also pointed out the FCA test case, in its progress through the High Court and subsequent appeal to the Supreme Court, effectively overturned the pro-insurer Orient Express Hotels v. Generali decision from 2010, at least in the U.K. and other territories following U.K. law.

In the Orient Express case, the insurer argued that since the loss to the hotel in New Orleans after Hurricanes Katrina and Rita would have been the same because of the devastation to the surrounding area of New Orleans, the damage the hotel suffered as a result of those hurricanes could not be said to have caused the loss. Therefore, the insurer claimed, they were not liable, as damage to the hotel was the risk insured. Controversially, courts agreed with the insurer in 2010; now, both the U.K. High Court and the Supreme Court stated they believed the case was wrongly decided in their opinions on the FCA test case, although they did not make an official ruling.

Nevertheless, Glynn emphasized, “The key takeaway for brokers and everybody in the industry is that the way cover operates remains unchanged. Going forward, the COVID-19 claims will all in due course be resolved, and ‘normal’ BI claims will be dealt with as before.”

COVID-19 has brought a new political focus on insurance, so clarity is what is required to avoid misinterpretations and try to marry delivery with expectation.
Damian Glynn, Head of Financial Risks, Sedgwick

Test Cases Down Under

Australia is also seeing two test cases work their way through its legal system as a result of the pandemic. Much like in the U.K., these two test cases were intended to provide clarity and guidance on issues concerning business interruption coverages.

The first aimed to confront ambiguity arising from the fact that some extant small business policies reference the Quarantine Act of 1908, which has since repealed and replaced by the Biosecurity Act 2015. The policies included language excluding claims due to “quarantinable diseases” as defined by the Quarantine Act and subsequent amendments to it. When the holders of those policies submitted a claim for coverage after suffering business interruption losses caused by COVID-19, the insurer that issued the policies denied the claims, citing the following exclusion in the policies: “The cover … does not apply to any circumstances involving ‘Highly Pathogenic Avian Influenza in Humans’ or other diseases declared to be quarantinable diseases under the Australian Quarantine Act 1908 and subsequent amendments.”

The issue here is clear—does the exclusion still apply given the Quarantine Act was repealed and replaced by a new law?

To resolve this, the insurer sought a declaration from the courts that the references to the “quarantinable diseases” in the policies should be interpreted as or as including the listed human diseases under the Biosecurity Act 2015. Unfortunately for the insurer, the courts held that the exclusion does not apply, since the Biosecurity Act 2015 was not an amendment to the Quarantine Act but a new law altogether. While this issue arose from circumstances peculiar to Australian law, the moral of the story for all insurers and brokers is, ensure the policy language is up to date and any exclusions do not reference a law repealed years before those policies were issued.

The second Australia test case followed very similar lines to the U.K. test case, with the court considering indicative policy language from multiple policies written by several different insurers. Much like the U.K. test case, policy language considered fell mostly under the three categories mentioned previously—prevention of access, disease, and hybrid clauses—as well as catastrophe clauses, which provide coverage for losses resulting from actions a civil authority takes during a catastrophe to mitigate the catastrophe. Unlike the U.K. test case, however, Australia’s federal court ruled overwhelmingly in favor of the insurers. “We are awaiting the appeal judgement for the second test case in Australia,” said Glynn. “The original judgement came to a very different conclusion from the U.K. courts in respect of local occurrences causing national government restrictions.”

On the whole, the Australian court ruled that the majority of the clauses discussed did not apply, citing major differences between Australia and the U.K., such as, among other things, size, population density, and the fact COVID-19 was widespread in the U.K. but not in Australia. Given those facts—Australia is large, sparsely populated, and was not experiencing anything resembling the widespread COVID-19 outbreaks in the U.K.—any causal link between local occurrences of COVID-19 and state actions addressing COVID-19 could not be sufficiently proven, as those actions were more likely made simply in response to the existence of and risk stemming from COVID-19 in Australia generally, said the court.

At time of writing, those involved in this case have applied for special leave to appeal this case to the High Court of Australia.

Though major legal issues around BI and COVID have been mostly settled, the litigation has still had residual impacts on the industry, from how policies are written to innovation in the kinds of insurance offered. “Either entire policies or the wording of specific BI extensions is being re-written by most insurers,” said Glynn, adding that “it should not be assumed that this means a reduction in cover. The aim is to bring clarity where possible.”

Respondents to The Council’s Commercial Property/Casualty Market Index have echoed similar themes over the past two years under the pandemic. Quarter after quarter, respondents noted additional exclusions for infectious diseases, as well as much stricter underwriter scrutiny, with many saying that underwriters would often ask many more questions about how an insured plans to mitigate COVID-19 outbreaks, deal with vaccines, and so on.

Glynn also pointed to innovation from the industry moving to address the problems with coverage cast in sharp relief by litigation and the ongoing pandemic. “Parametric insurance is likely to take off, particularly in parts of the world that don’t have a highly developed insurance market,” said Glynn. “Supply chain will remain high on lots of companies’ risk register, so coverage for failure of supply of materials may return to the market—[it was] previously offered, but with insufficient take up. Business interruption extensions and contingent business interruption are also likely to receive more attention.”

But as Glynn put it, “Litigation is ongoing and inevitably drives policy wording renewal,” so given that cases in the U.K. and U.S. are still working their way through the courts, it’s not yet clear what the final impact will be. Nevertheless, “COVID-19 has brought a new political focus on insurance, so clarity is what is required to avoid misinterpretations and try to marry delivery with expectation.”