Stability and flexibility drive companies to captives in troubled times.
By Zach West Posted on November 23, 2020 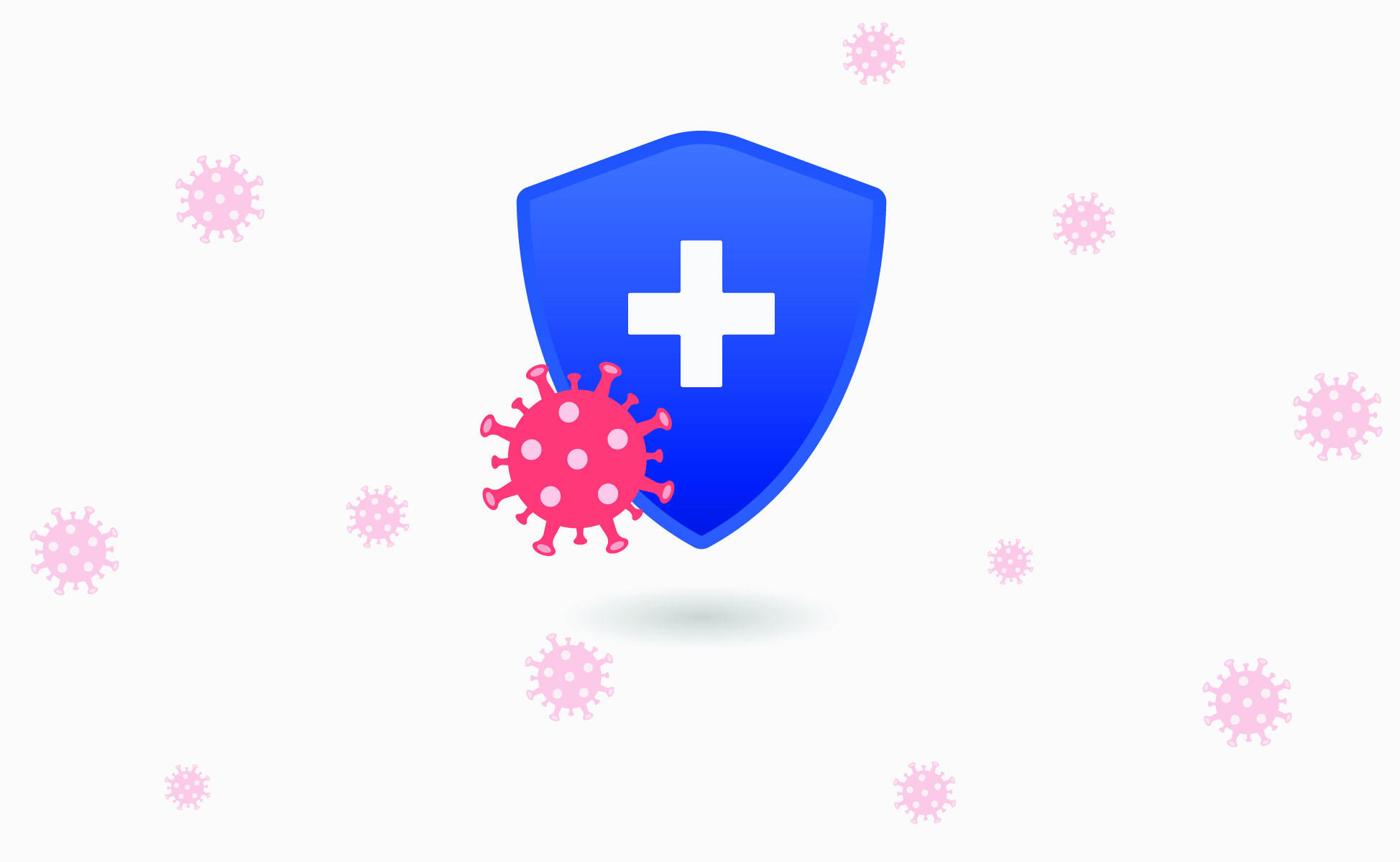 The hardening market and ongoing pandemic have put an unusual amount of stress on insurers in recent months, as demonstrated in results from The Council’s quarterly Property/Casualty Market Index.

In Q3 2020 alone, premiums were up, sometimes significantly, across the board, accompanied by stark decreases in underwriting capacity for the hardest-hit lines (umbrella, commercial property, commercial auto, employment practices, business interruption). Seventy-six percent (76%) of survey respondents also reported that COVID-19 impacted coverage availability and pricing, as well as the renewal process.

With traditional insurance companies mired in flurries of COVID-19 related claims and struggling with the impact of current market conditions, movement toward and interest in captives have seen a significant increase. According to Marsh’s 2020 Captive Landscape Report, more than half (59%) of captive owners were planning to increase their use of captives by adding lines of coverage, increasing retentions, or by forming an additional captive.

Additionally, the Marsh report showed a steep increase in premiums written by captives, in particular in the commercial lines mentioned above. Supply chain, business interruption, and contingent business interruption saw an average 283% growth in premiums written by captives from 2018-2019, all-risk property saw a 64% increase, and umbrella liability saw a 25% increase. The report also showed that the number of captives writing medical stop-loss coverage had increased 50% over the past five years.

“As a firm, we have seen unprecedented interest in single parent captives with Marsh Captive Management having established over 76 captive insurance companies from January through July of this year, up over 200% compared to the same period in 2019,” said Steve Norton, Marsh & McLennan Agency’s executive vice president, alternative risk management, and chairman of the firm’s Group Captive Center of Excellence. “Interest in group captive is higher than I have seen in more than 15 years due to the market turmoil.”

Leader’s Edge spoke to two experts in the captive field to dig into which unique advantages captives offer over more traditional methods of insuring risk. Santiago Garcia, Global Insurance Manager at Caterpillar Inc.’s captive, offered a key perspective on single parent captives, while Norton, mentioned above, covered group captives (a variation on single parent captives where multiple companies own and are insured by the captive formed).

“There has been a significant drop in coverage when it comes to pandemic and situations related to pandemic,” said Garcia. “We have seen during past renewals that insurance companies have been reluctant to give coverage, and have been more strategic, in the sense that they have lowered limits. It has become harder and harder to push for increased coverage and limits.”

One of the main advantages of a single parent captive, Garcia says, is its ability to cover risks traditional insurance may not cover—in the case of Caterpillar’s captive, this comes through a combination of direct writing of coverages, reinsurance, and retrocession.

Interest in group captive is higher than I have seen in more than 15 years due to the market turmoil.
Steve Norton, Executive Vice President, Alternative Risk Management, Marsh & McLennan Agency

As an example, he brought up medical coverages for employees who travelled and contracted COVID-19. “We have been able to set up structures where there is medical coverage for those employees,” Garcia said. “We make sure that our employees are covered under what was originally expected under the captive program.”

“Stability is Key” in Group Captives

Group captives also offer a stronger negotiating position, notes Norton. “Group captive program managers negotiate for reinsurance and services in bulk rather than one insured at a time,” he says. “This results in stability, economies of scale and greater negotiating power.”

Stability is key, Norton says, in terms of member benefits. “Group captives do not chase the market. …If the market pricing is moving upward, group captives may move upward, but at a slower pace, if at all.

“Group captive premiums are determined primarily by the loss pick of each member and if a member’s loss pick is trending downward due to superior performance, then their premiums will trend downward. The portion of the member’s premium that is tied to market cycles is minor.”

This, too, Norton suggested, may be a reason why businesses are more interested than ever in captives. As seen in The Council’s Market Index, the rate increases in previous quarters have affected everyone, not just those accounts with a history of losses. “Superior accounts that were on the fence about joining a group captive are now embracing the option when they realize they are being adversely impacted by rate increases and are not being rewarded for their history or risk control efforts,” said Norton.

Financial flexibility is also a key benefit to owning a captive. According to Ellen Charnley, president of Marsh Captive Solutions, “Since March 2020, Marsh has helped owners free $3 billion from their captives using short-term liquidity tactics, such as intercompany lending, to help them respond to cash-flow challenges brought on by the pandemic.”

But captives are not a panacea. Like insurance companies, captives cannot underwrite every single exposure a company faces, especially when it comes to something like a pandemic, which touches almost every aspect of a business. Captives can also be hindered by the lack of risk data for certain lines and may need to defer to insurance companies for guidance on pricing and coverages. For new lines the captive has no loss data or frequency of incident data to work off, Garcia says, meaning they must turn to the insurance market for how to price those lines.

Indeed, one of the biggest challenges Caterpillar’s captive faced this year had to do with pricing. “We were used to a pattern of claims for years now—it has been relatively easy to underwrite because you have the tables outlining the frequency of events, etc.,” he said. “Now comes a year where there is a limited amount of optional procedures. Lots of claims we expected this year are not happening. If we are underwriting in a captive on a break-even approach, what are we going to do? Keep premiums at a certain level? Underwrite at reduced rates this year? It has been a challenge making the right decision in terms of cash flow.”

While captives tend to have much greater flexibility than traditional insurance companies, they are still subject to the same financial forces. And companies still need to be in a financial position for a captive to make economic sense—not every insured has the balance sheet or the loss history to take advantage of the model to the fullest.

“The primary hurdle to entering a group captive is loss history. If an insured’s undeveloped loss history is much over 50%, a group captive will probably not offer much savings up front but will still offer the opportunity for significant profit return,” said Norton. “Another hurdle we are seeing is the ability (or inability) to provide the needed collateral. Currently, some insureds are holding onto their cash or otherwise utilizing their credit facility and do not have the capacity to provide the required collateral.”

Norton also mentioned the loss of an umbrella supported by the primary casualty lines as an issue companies can face when joining a group captive. “Often the premium for a stand-alone umbrella can be significantly higher than a supported umbrella,” he says. Considering the recent price increases reported by respondents to The Council’s Market Index—22.9% in Q3 2020—this is a particularly relevant point.

A Place for Brokers

For brokers, deep expertise is of value. “We use brokers for their network, extensive experience, and unique knowledge of coverages, especially when it comes to shopping around for specific coverages,” Garcia says.

Norton said a broker’s extensive network and experience were crucial when working with captives. “Beyond what we normally do, which includes the management, financial reporting, governance, compliance and drafting policies, we also have a nearly unlimited database of policy forms, pricing benchmarks and actuarial resources that can assist in maximizing the benefit a captive can bring to its owner.”

Both Garcia and Norton believe interest in captives is only going to increase in the coming years. Though interest in captives was kickstarted by market conditions in recent quarters, the pandemic has only served to accentuate it. “New generations are coming in to understand the benefits of using captives,” said Garcia. “We’re going to see increased use of captives in the next 3-5 years.”

Norton agrees. “Captives are resilient and stable facilities that will not go away after the pandemic. They may evolve in their utilization, but companies that begin self-insuring with a captive (or join a group captive) seldom return to the traditional market even if the market return to a level of normalcy. Over 95% of group captive members remain in group captives when they experience the benefits of the stability, profit opportunity, reduced cost and enhanced claims and loss control services that come with membership,” he said.