I wandered past a sumo competition. The organizer grabbed me and said, “You are the biggest gaijin (foreigner) I’ve ever met.”
By Chris Hann Posted on February 2, 2013 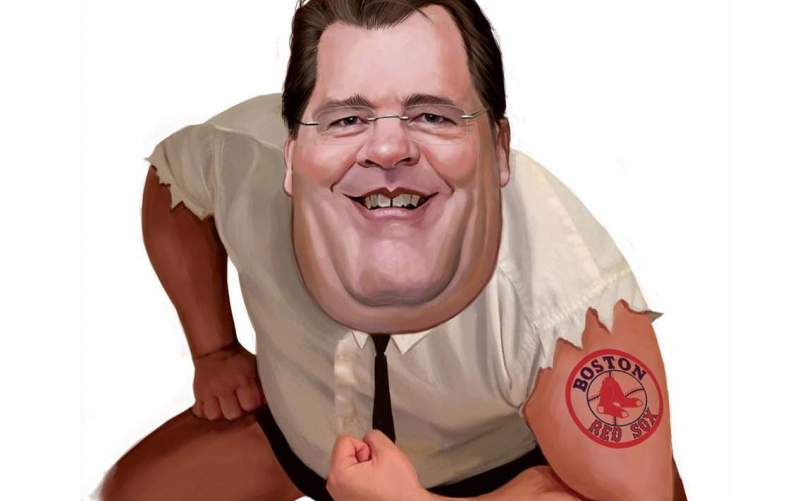 Q
Tell me about your father, who founded your company.
A
My dad’s name is Dixie Leavitt. He was a schoolteacher. He started the business in the summer of 1952 to augment his income.

Was it always assumed that you would go into the family business?
No. I got my MBA from the University of Rochester in 1988 and spent the next four years in the energy business. My brother Mike, who was the company’s president at the time, was elected to be governor of Utah in 1992. When he was elected, my brothers asked me to come into the company.

So when does Eric Leavitt run for governor?
(Laughs) That’s not going to happen. I like to say I live out my political fantasies by proxy.

How many brothers do you have?
There are six brothers total. Three of us are in the business. Dane is the chairman and CEO, and Mark is head of affiliation marketing. Those not in the business include Mike, who, following his government service, founded a consulting firm that works in the healthcare space; David, who teaches U.S. jurisprudence in law schools in Ukraine and Rwanda; and our youngest brother, Matthew, a pathologist in Provo, Utah.

Sounds like an incredible family.
I’m honored to be part of it. There’s a burden that comes with the blessing of carrying the name. Our parents taught us the importance of always acting in a way that will preserve the heritage built by those who have gone before.

Do you travel a lot for work?
When Melissa and I had our sixth child, I told her I’d try never to be gone more than two nights at a time. I’ve broken that a few times, but I’ve done my best.

Six kids?
My life is wonderful, and it’s certainly not boring. I am proud of all my kids. They’re turning into amazing people. For example, my 19-year-old daughter is leaving for Germany soon on an 18-month Mormon mission.

Do all Mormons go on a mission?
No, but all those who are eligible are encouraged to go because of the importance of the work and the tremendous value of the experience. I served in Japan in the early 1980s.

Do you have a favorite author?
My favorite book is Team of Rivals. Doris Kearns Goodwin was at The Council’s Insurance Leadership Forum a couple of years ago. I went out and bought four hardback copies and chased her down to get her autograph for me and my parents. She couldn’t have been more gracious. We share that we’re Red Sox fans.

How does a kid from Utah become a Red Sox fan?
In 1967 I was six years old. That was the Impossible Dream year and the beginning of my baseball consciousness. If my mother were here, she would regale you with stories of how I read at a very young age and how I would lie down on the floor and read box scores.

What is something people would be surprised to learn about you?
I am an award-winning sumo wrestler.

No way.
It’s true. While living in Japan, I wandered past a sumo competition. The organizer grabbed me and said, “You are the biggest gaijin (foreigner) I’ve ever met. You’ve got to give this a try.” Somehow I found myself in this storage closet putting on the sumo belt, called an obi. Given that it exposed parts of my body that had not seen the sun in like, forever, it was not a pretty sight. I took fourth in the tournament. I do have pictures, but those will not be sent to Leader’s Edge.

Chris Hann Associate Editor Read More
See More: Profiles
1
Lifestyle Submerged in the Swell of Memory
2
Lifestyle Is Insurance One of the Good Things?
3
Lifestyle Italy: Beyond the Quattro Grandi