Lifestyle Fast Tracks the May 2019 issue

Nice: One of Minneapolis’ Many Charms

With national rankings for everything from its orchestra to its parks, Minneapolis has a lot to offer.
By Carrie Williamson Posted on April 22, 2019 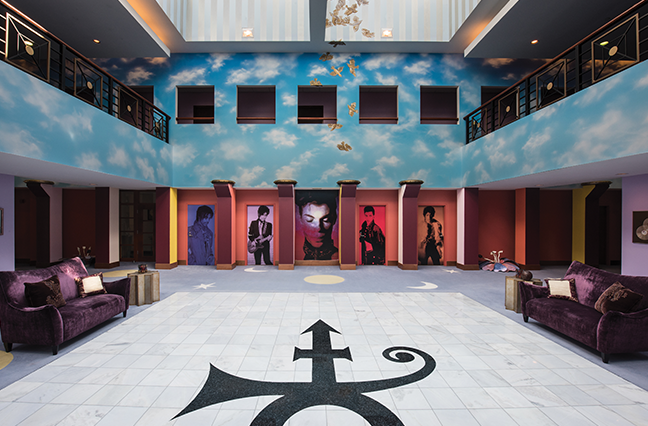 The Council’s Broker Smackdown North 2019 will be held in Prince’s hometown, at the Hotel Ivy, from July 16 to July 18. While the late Grammy Award-winning musician and icon didn’t say why he liked Minneapolis more than Tinsel Town, one reason might have been the friendly people who live here. Their reputation for being “Minnesota nice” was a defining characteristic of Marge Gunderson, the pregnant police chief played by Frances McDormand in the Coen brothers’ movie Fargo, which was partially set in Minnesota. Minnesota Nice was also the title of a documentary about the making of the movie.

But nice is just one of the city’s many charms. In a ranking of urban park systems published by The Trust for Public Land, the parks of Minneapolis were named the best of the 100 biggest cities in the country. Orchestra Hall, renowned for its acoustics, is home to the Minnesota Orchestra, which won the Grammy Award for Best Orchestral Performance in 2014. The modern Guthrie Theater, in the Mill District, a former industrial area now transformed by loft condos, craft beer bars and the Mill City Farmers Market, pays homage to the neighborhood’s history as the flour-milling capital of the world. The circular main auditorium reflects a mill. LED masts on top of the building look like smokestacks. And the “Endless Bridge,” a cantilevered lobby, provides 180-degree views for more than half a block.

Hotel Ivy is connected via the skyway (eight miles of elevated pathways connecting 80 city blocks) to the shops, bars and restaurants on Nicollet. The walkway culminates at the Walker Art Center, one of the most visited contemporary art museums in the country. The hotel is also near the urban art experiences you can have in the West Downtown Cultural District (so-called WeDo), where you will find another musical son of Minnesota, Bob Dylan, the subject of one of the neighborhood’s five large-scale murals. The Hennepin Theatre Trust has led the arts and culture development downtown, restoring three historic theaters—Orpheum, State and Pantages—that are venues for Tony Award-winning plays and international acts. The trust also oversees the Made Here program. Twice a year, underused public spaces become displays for art made by Minnesotans, sidewalks become venues for live performances and alleys become pop-up artist markets.

Minneapolis also has some of the best restaurants in the Midwest. The James Beard Foundation showed a lot of love to the Twin Cities in 2019, naming nine chefs, two restaurateurs and three restaurants as award semifinalists. A third of the nominees for Best Chef: Midwest hailed from Minneapolis (Thomas Boemer at In Bloom; Steven Brown at Tilia; Daniel del Prado at Martina; Ann Kim at Young Joni; Jamie Malone at Grand Cafe; Christina Nguyen at Hai Hai; and Karyn Tomlinson at Corner Table).

If you’re a fan of Prince (and even if you’re not), make the sojourn to Paisley Park, his home and recording studio, on the outskirts of town. Now a museum run by the same company that manages Elvis’s Graceland, it was opened to the public six months after his death. The tour begins in the white marble atrium, where Prince’s ashes are in an urn shaped like Paisley Park and encrusted with seven iridescent crystals (his favorite number). A pair of doves coos nearby. On a less somber note, there are exhibits of his gold records, instruments—including an original bass that was the inspiration for the Cloud guitar—and outlandish stage outfits like the “Raspberry Beret” cloud suit. You can even play ping-pong at Prince’s own table.