Marty Hughes, Executive Chairman of the Board of Directors, HUB International 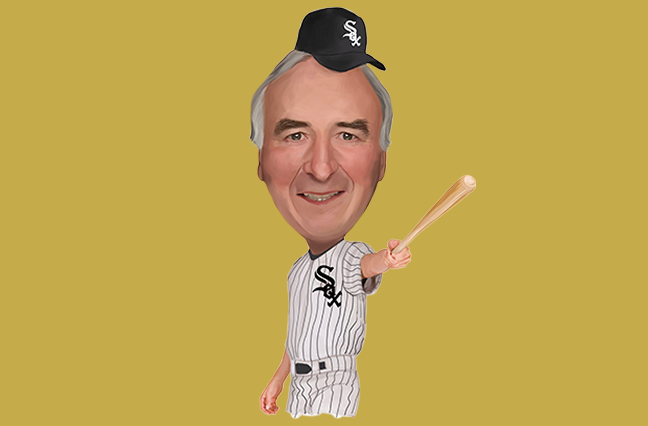 Q
You’re a born-and-bred Chicago guy. Cubs or White Sox?
A
Definitely White Sox. I’m a South Side guy. But unlike most White Sox fans, I’m OK with the Cubs winning. I think it’s good for the city.

What’s the best thing about Chicago that people on both coasts don’t understand?
It’s a Midwestern mentality. People are friendly to each other. When you walk down the street, people look you in the eye and kind of nod, and they smile.

Who were your childhood heroes?
I can tell you the starting lineup for the 1959 White Sox, who won the American League pennant but lost to the Dodgers in the World Series. So my heroes were Nellie Fox and Luis Aparicio. The Yankee guys—Mantle, Berra—they were mystical. But we hated them.

You just began as chairman of The Council. What do you hope to accomplish in your year at the helm?
I intend to do whatever [CIAB president and CEO] Ken [Crerar] tells me to do. Kidding, of course, but CIAB is a great organization because we have great leadership. Several initiatives introduced by prior leaders Rob Cohen and Dave Eslick, especially the one on diversity, need to be supported.

When you were starting out, did you have a mentor who was especially influential?
A guy by the name of Lance Sanberg. I was probably 24 or so. Lance was probably 50. He used to say, “You can’t tell the players without a scorecard.” What he meant was, if you didn’t know who the players were and what motivated them, you were not going to be successful. He also drilled into me the need to document things.

And now you have a son in the business.
My son Neil is one of our six regional presidents.

Did you want him to go into the business?
In second grade, the teacher asked the class to write an answer to the question of what they wanted to do when they grew up. He said, “I want to do what my dad does.” He’s the only kid I’ve ever known who actually knew he wanted to go into insurance.

What business leader, in any industry, do you most admire?
Tim Cook, at Apple. I think the guy is disciplined, innovative, but he’s also somebody with a high level of ethics. He has a healthy dose of humility. That’s something else I’ve always believed in: better to be a plow horse than a show horse.

What does your perfect weekend look like?
I get out of Dodge at noon on Friday, get to our house on Lake Michigan in time to play a round of golf, then have dinner. My wife and I have three kids and 13 grandchildren, and the oldest is 11. They love coming to the lake, so we have a lot of great days on the beach.

If you could change one thing about the insurance industry, what would it be?
There has always been a massive amount of duplication of effort surrounding the submission, quotation and correct issuance of insurance policies. The process chokes both brokers and insurers. If we could fix this, it would be beneficial to all, including the insured.

Last question: What gives you your leader’s edge?
I think people have always found me to be trustworthy. One thing I still do to this day is I encourage debate. When there’s an important decision that needs to be made, if I sense that people are just going along with what I have to say, I will often take the opposite position, even if I don’t believe it, to stimulate the kind of debate it takes to come to the right conclusion.

Favorite vacation spot: “The most fabulous vacations I have ever taken are family vacations that are kind of action-packed. In July, my wife and I took the kids and grandkids—21 of us—to a dude ranch in Montana, just outside Glacier Park. The kids were asking on the second day if we were coming back next year.”

Favorite charities: The Chick Evans Caddie Scholarship, Mount Carmel High School (where he sits on the board), and the Cullen Hughes Memorial Fund, named in memory of his late son, who died at age 12 after being struck by a car while on his way to a Little League baseball game.

Favorite Chicago athlete: Mark Buehrle (“He was a pitcher for the White Sox on the team that won the World Series in 2005. I never saw a guy have more fun playing baseball.”)