To Insure the Uninsurable

Public-private partnerships are the solution to pandemic economics.
By Adrian Leonard Posted on April 27, 2020 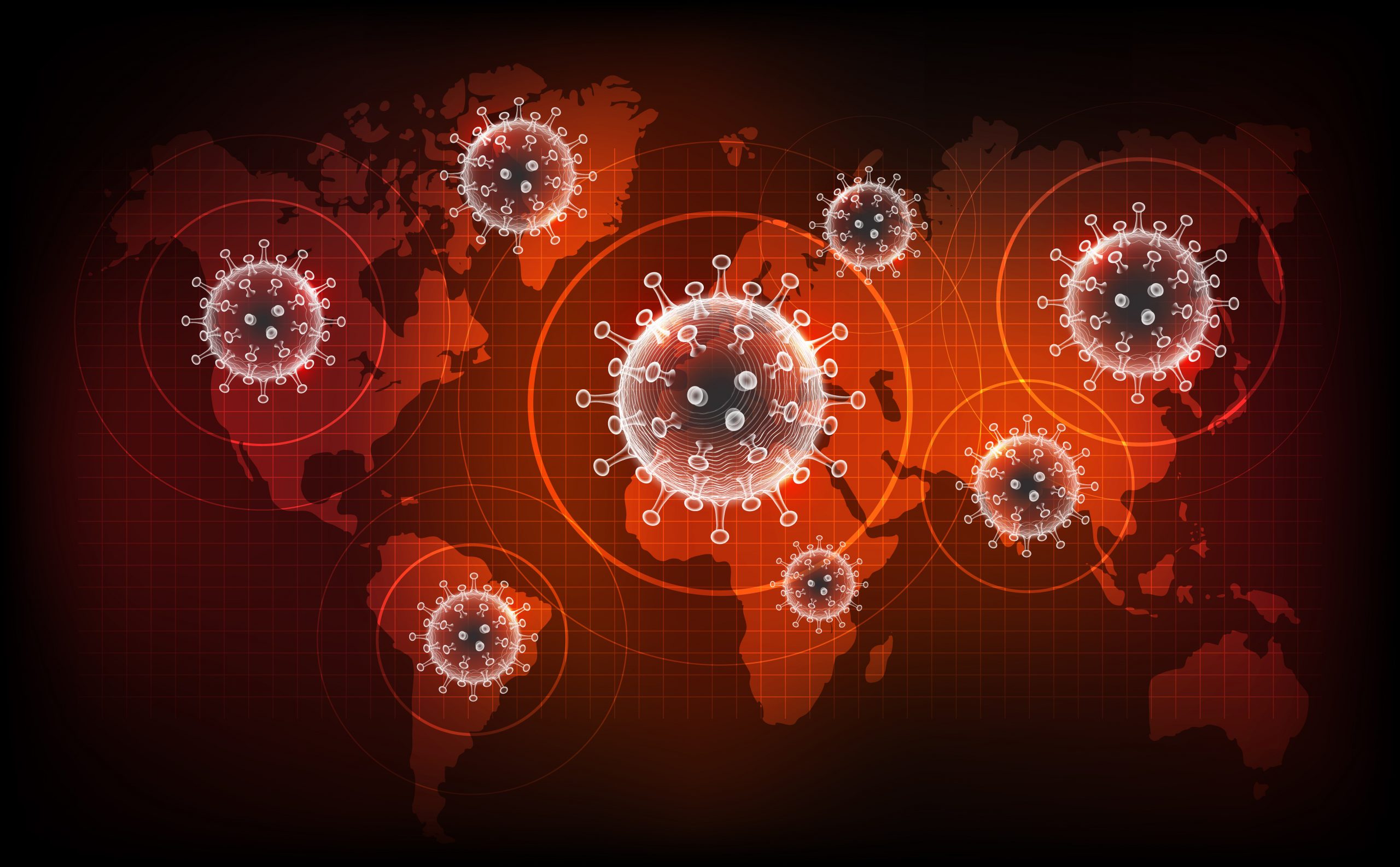 During the tense days before nations were plunged into the First World War, Lloyd’s broker Walter E. Hargreaves had a plan.

He would keep the British Empire’s shipping moving through a state-backed marine insurance operation. Britain’s War Risks Insurance Office was an enormous success: the world’s largest merchant fleet stayed at sea. For Hargreaves, however, this national triumph was a personal disaster. Many in the Lloyd’s insurance market detested the very idea of government intervention in their business, and their opprobrium rubbed off on W.E. He was voted off the Committee of Lloyd’s in 1918 as the architect of a scheme which many underwriters believed took revenue from their pockets.

What a difference a century makes. Today Julian Enoizi, the man who runs Pool Re, the same British market’s state-backed terrorism reinsurance facility, faces no such backlash. Last year his reinsurer swept various London-market awards ceremonies, taking gongs for the year’s most accomplished risk carrier, underwriting initiative, and reinsurance transaction, and Enoizi himself was voted London’s “Industry Achiever of the Year.”

Like war and terrorism, pandemic has proven a risk which private insurance markets are unable or unwilling to insure. As the current crisis shows, it can cause the widest possible disruptions. It’s difficult to imagine a war, terrorist act, or any other event that could cause almost every business in the developed world to suffer sustained closure (including the self-employed; even garbage-picking is prohibited).

U.K. insurers and policymakers are already actively working toward a public-private pandemic risk carrier. The legislative branch of the U.K. government has formed a Parliamentary Treasury Select Committee to look into pandemic-crisis responses.

Other perils spawned continuity-promoting propaganda slogans like: “Keep calm and carry on” and “Live as usual, or the terrorists win.” Contrast the text message I (and, presumably, every other Briton) received from the U.K. government on March 24: “New rules in force now: you must stay at home.” Pandemic stands alone.

The insurance sector’s many responses to the COVID-19 crisis fall into two chief categories: those that focus on the current pandemic and those that look to the future. The former include various plans to provide businesses with state-funded liquidity injections, perhaps using the insurance distribution chain to make the payments. An ambitious proposal by The Council suggests this course. Unhappily, the sector’s responses have also had to include lobbying against draconian edicts. Legislators in several U.S. states would make insurers pay business interruption claims under policies which clearly exclude pandemic risk.

The irony of this latter course—to bankrupt one sector in an effort to boost the solvency of others (described as the “political interpretation” of coverage by Willis Re’s James Vickers)—appears lost on proponents of the precedent set by Lloyd’s pioneer Cuthbert Heath after the 1906 San Francisco earthquake. Heath may well have said, “Pay all our policy-holders in full irrespective of the terms of their policies.” But the critical difference is choice. Heath decided to extend coverage and was not under duress. He immediately recouped almost all the ex gratia indemnities paid by selling aftershock insurance from roadside stands in San Francisco’s devastated cityscape. His syndicate actually turned a profit in 1906.

Proponents of the Heath model include a Financial Times journalist, who wrote at the end of March in the esteemed, capitalism-endorsing paper, “If ever cynics needed proof that insurers will use any excuse to weasel out of paying claims, they have it now.” This surprisingly populist call in the FT’s op-ed column “Lombard” (named, ironically, after the Italian merchants who invented modern insurance in the 13th century) is one that the newspaper’s editors don’t share, as shown by an article the following day, bylined “The Editorial Board” and titled “A solvent insurance industry is vital for all.”

The industry’s second set of COVID-19 reactions is aimed at the next pandemic. Already calls are being made to create communicable-disease-focused, state-backed insurance structures that mimic Pool Re, the War Risks Insurance Office, or TRIA. Unlike current-crisis rhetoric, these discussions are far less colored by urgency of need and the political interpretation of viability when it comes to solutions. For example, John Doyle, leader of Marsh, has lobbied Congress and the West Wing to call for a TRIA-like “public-private partnership” that would operate a federally funded pandemic insurance facility. Why? “The private insurance sector does not have the risk bearing capacity alone to manage this peril across the US economy,” Doyle wrote to lawmakers.

In Britain, Pool Re’s Enoizi has raised his hand. “There is a model of a mutually beneficial arrangement between the Government and the insurance sector that could potentially be more widely used to prepare for a range of catastrophes—climate change, wide-spread animal disease, cyber-attacks, and of course future pandemics,” he wrote in a March 31 op-ed in the London-market newsletter The Insurer. “There have been encouraging sounds from within Government about the need to plan for such shocks,” Enoizi reported, hoping, no doubt, that proven Pool Re, which has paid £1.25 billion ($1.53 billion) over 17 reinsured claims since its formation, will be asked to take on the job.

At the very least, Pool Re provides a model that should be considered for pandemic risk insurance and management. It is a mutual owned by about 150 insurers that cover U.K. commercial property. It was formed in 1993, when a major IRA bomb (detonated, coincidentally, just yards from Lloyd’s) led to the collapse of the U.K. terrorism insurance market. One of its primary goals is to reverse that situation. It has an unlimited state guarantee but ultimately should cost taxpayers nothing, since government indemnities under its contract must be repaid by the pool (i.e., by its member-insurers) from future income. Only a particularly large terrorist attack would require Her Majesty’s Treasury to act as retrocessionaire of last resort: Pool Re’s reserves are £6.6 billion ($8.08 billion), and it has placed more than £2 billion ($2.45 billion) of open-market retro.

At the very least, Pool Re provides a model that should be considered for pandemic risk insurance and management.

U.K. insurers and policymakers are already actively working toward a public-private pandemic risk carrier. The legislative branch of the U.K. government has formed a Parliamentary Treasury Select Committee to look into pandemic-crisis responses. Huw Evans, director general of the Association of British Insurers, told that group in March that the private insurance market cannot provide pandemic insurance affordably to every business without “a very significant subsidy from the State, given the scale of business disruption we have seen with the Covid-19 pandemic.”

Pool Re’s Enoizi is understood to have joined the discussions with government not just to promote his vehicle as a future pandemic reinsurer but also to offer a first-tier solution to the current crisis. He is believed to have suggested to the Treasury that Pool Re could be used as an insurance intercessionaire (to coin a phrase) that could administer the payment of any claims made against its members under U.K. business interruption policies but with a cut-through straight to the Treasury, which would fund the claims. At the time of this writing, talks are under way. Executives from the U.K. risk managers association Airmic and from the Federation of European Risk Management Associations have come out in favor of a Pool Re- or TRIA-type solution.

Business leaders in almost every sector and country share a natural tendency to eschew state involvement on their patch. But when the private market has tried and failed to cover a specific risk adequately, state-backed partnership solutions are the logical way to protect the interests of the insurance market’s corporate customers—and society as a whole. They work enormously well when orchestrated correctly, providing good cover through insurers that share the risk but costing the state little or nothing in the long run. The alternative—a legal raid on insurers’ capital—is surely unacceptable.