The Fragility of Certainty

Losses arising from Putin’s War will be manageable for all but the reckless, those who failed adequately to control their accumulations.
By Adrian Leonard Posted on May 31, 2022 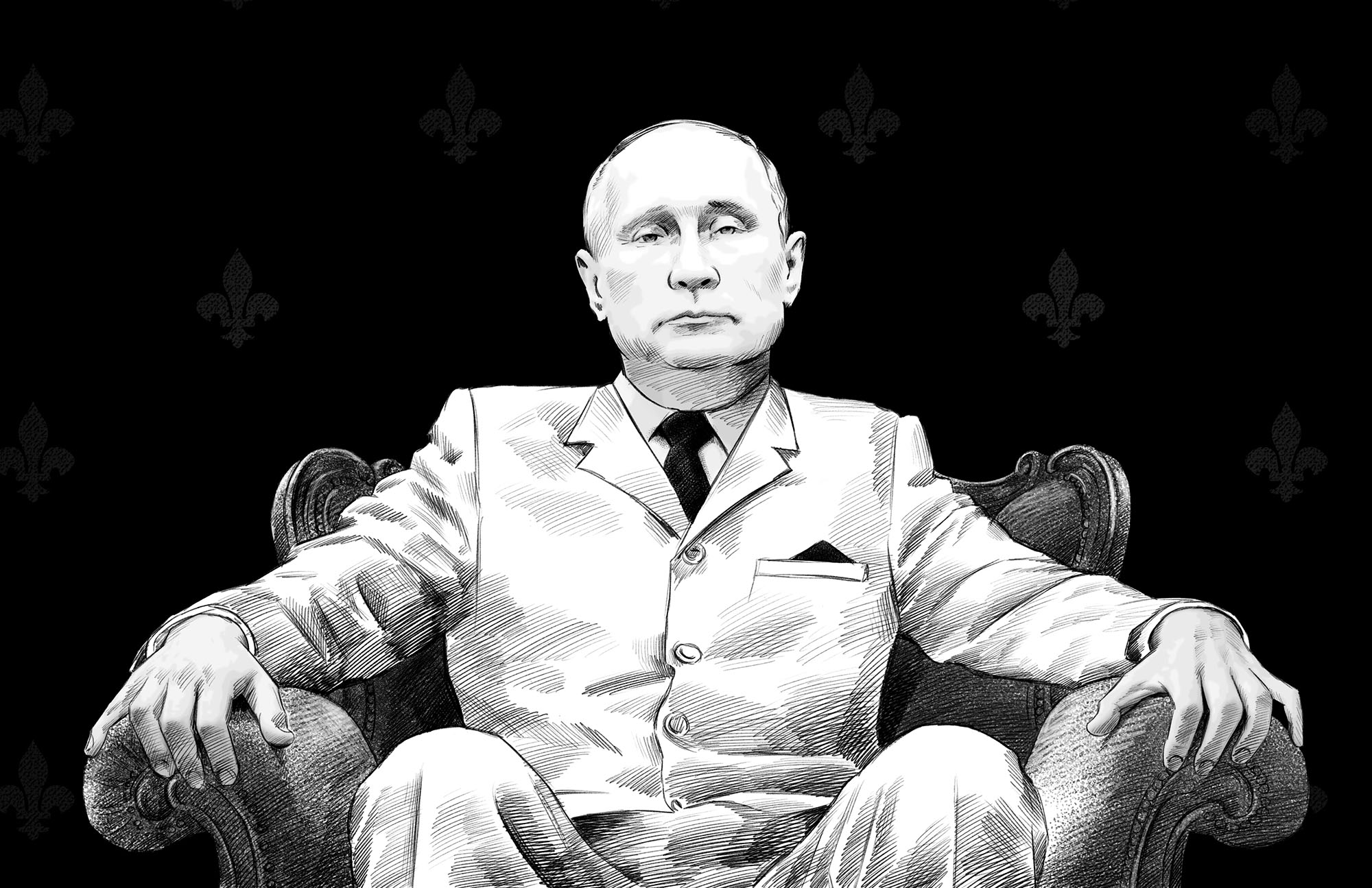 Once, years after the Berlin Wall had been torn down brick by brick, an old black man in Kiev shined my shoes.

It was 20 years ago. He was the only person of color I’d seen in the thriving Ukrainian capital, so I asked him how he got there. He told me his story as he crouched over my feet in the lobby of our pre-war hotel, a decaying 20th-century edifice which stood out as he did on Khreshchatyk Street. The canyon of Stalinist architecture had been erected to replace its 19th-century predecessor, leveled by the retreating Red Army during the First Battle of Kiev in 1941.

The man had fled his native Africa in the 1960s, when the forces of capitalism and socialism (if not of good and evil) were battling and killing in his home country. He was one victim of the many proxy-battle sideshows of the so-called Cold War, which must have seemed very hot indeed to him. Certain he’d chosen the right side, he and his family sought a better life as refugees in Ukraine.

It was OK at first, he said, but by the mid-seventies it wasn’t looking so good. Communism began to seem unpleasant. He became uncertain about the wisdom of his choice. He said he wondered if, rather than gaining asylum, he’d entered one. I remember being impressed by his joke, made as it was not in his native language (which I’ve never heard of), nor his adopted local language (which is fiendishly complicated), but in English (his third at least).

Later the geopolitical wheel turned again. Now, he said (some 20 years ago), he was happy in Kiev. The future was bright, even though his engineering degree didn’t help much in his humble work. His daughters were grown, and he was certain that their future was secure. How much difference 30 years can make, he said. He’d made the right choice after all.

One thing is certain. Competition is always more important than risk when setting prices—and quite a bit more present.
Chatty aviator

I don’t need to report what’s happening today in Ukraine, and I don’t wish to think how this kind, educated, hard-working, smiling man and his family may have been affected by Putin’s War. I have told his story only to illustrate the incredible fragility of certainty.

Some of you will know about my split personality. I’m part insurance geek, part historian. The latter character knows that nothing is forever. Doctor Leonard is particularly aware that the relative peace enjoyed by most of the developed world since the Second World War is an almost entirely unusual blip against the tumultuous tide of human history. I have always said there’s no reason to believe it will last (but I was always hopeful).

That said, like almost everyone I was certain that my lifetime wouldn’t include another major cross-border invasion in Europe. The conflict in the former Yugoslavia had been bad enough: that bloody war of independence between ethnic groups—raging when I met my Ukrainian shoeblack—had erupted after the authoritarian glue that held Yugoslavia together dissolved. It culminated in some “light bombing” by NATO, which just months earlier had been unthinkable. Before that “last” European conflagration, everyone thought that the aerial bombardment of a European capital would never be seen again. After the Balkan wars, we were certain.

We remained certain until very late  in the day, despite plenty of clues pointing to the possibility of renewed Russian aggression reminiscent of Hungary (1956) and Czechoslovakia (1968). Putin’s 2014 annexation of Crimea was hint enough, but this flabbergasting act of colonialism was met with tacit acceptance by a world unwilling to prod the Bear. The forces of good were certain that Putin, that latter-day Caesar, wouldn’t go further. Never mind history; no free civilized modern capitalist country would allow it.

It wasn’t until Russian forces numbering hundreds of thousands began massing on Ukraine’s borders that uncertainty over the safety of Ukraine and other Russian neighbors began to emerge. At about that time, it became nigh-on impossible to buy war or political risk insurance cover for assets in the non-NATO countries of the former Soviet Union. As the certainty of the danger emerged, renewal coverage rightly became unobtainable. Policies that had not been renewed by then will pay out when valid claims are made, since the whole reason for insurance is to cover the unexpected and because specialty insurers, generally speaking, pay valid claims.

Losses arising from Putin’s War will be manageable for all but the reckless, those who failed adequately to control their accumulations. Here perhaps the aviation insurance sector stands apart, but it has never been particularly good at charging enough to cover foreseeable losses, despite the certainty of claims. I once sat cramped beside an aviator on a short-haul budget excursion. He said the cover for our flight would have cost less than the toilet paper on board. I said that didn’t sound like enough, and he agreed, blaming market forces. “One thing is certain,” he said. “Competition is always more important than risk when setting prices—and quite a bit more present.”

We hear a lot about uncertainty these days. Everyone, it seems, is hedging their expectations by citing uncertainty about the ultimate impacts of Putin’s War, COVID, interest rates, China, supply chains and what Elon Musk might say next to embarrass everyone. We know what uncertainty is, thanks to the long-dead economists Frank Knight and J.M. Keynes: it’s when we don’t have enough samples from the past to predict the future with confidence.

When we do have enough, we can invoke the ergodic principle, which tells us that the future will resemble the past. Unfortunately it doesn’t work for economics. It functions adequately in mechanical engineering, but it’s a bag full of holes when allied to the dismal science. Despite plenty of tropes and pithy wisdom that support the notion (like “history repeats itself” … it doesn’t; at best it returns like a 17th-generation photocopy), we can gain no certainty from looking at the past. That’s bad news for insurers, since the belief that we can predict future claims by looking over our shoulder is the foundation of almost all of the industry’s probabilistic modeling (which is almost all of its modeling). Why? Because nothing is certain.

Yet certainty is absolutely fundamental to insurance. It’s what brokers sell every day. You might not know how much it would cost were your factory to be destroyed by enemy bombardment after decades of peace, but with the right insurance cover (and a good broker) you can be certain that the financial loss will be limited to a fixed annual payment which is orders of magnitude below the indemnity promised in the unlikely event a shell hits your plant. That’s the certainty of insurance.

Everyone wants to know the future, but they can’t. It’s an uncertain world. There are no guarantees. Past performance is no indication of future returns. You never know what’s around the corner. What they can do is get some cover, which will at least minimize the financial blow when the unexpected happens. Because when anyone buys an insurance policy, they’re actually selling their uncertainty, which insurers buy for a promise. The only thing those hapless buyers can be certain of is that they can never be certain they’ve charged enough.

Industry Borrower's Burden
The cost of money is increasing, and buyers may require sellers to bear some of ...
Industry New Leaders with New Visions
The NAIC and The Council have new state insurance leadership.

Industry Call Me, Maybe?
While it has been a lifesaver for businesses worldwide, spending all day videoco...

Industry Insurtech: From Disruptor to Target?
As insurtech valuations decline, these firms may become attr...

Industry The Buyers Club 2022
Major players in M&A
Even privately held firms are likely to get swept up into the SEC reporting regime over time, however, because they are enmeshed in supply chains in which others in the chain may demand it.
Industry ESG Reporting