A transformative leader, an idea man and a true gentleman.
By Coletta Kemper Posted on November 30, 2017 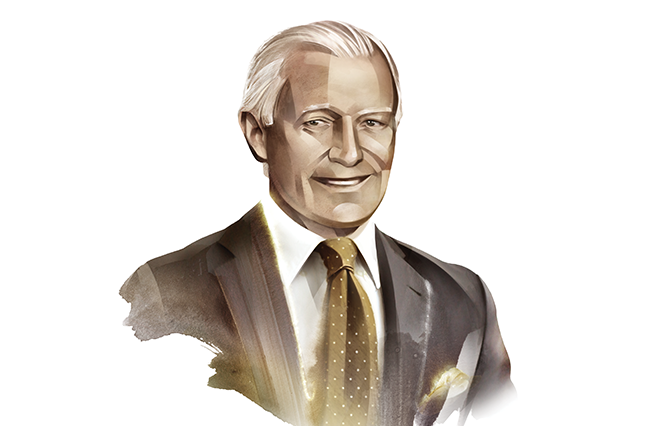 The insurance industry lost an icon this year.

“Bob was a transformative leader in our company’s history, an iconic executive in our industry and a true gentleman,” says Dan Glaser, current president and CEO of Marsh.

Newhouse attended Princeton University but left to serve in World War II as a lieutenant JG in the U.S. Navy. After the war, he began his long and influential career at his father’s insurance agency, Newhouse & Sayne (N&S), which opened in the 1920s. This was the start of an insurance dynasty that continued through four generations of Newhouse leadership.

After eight years learning the ropes at N&S, Newhouse struck out in 1954 to mark his future in the industry, joining Guy Carpenter, and soon rose to chief operating officer.

“He had an idea a minute, more than any guy I knew,” Richard Blum, then chairman of Axis Specialty US Holdings, recalled in a 2004 interview. While at Guy Carpenter, Newhouse first dipped his toe in the Bermuda market, helping to create Intercontinental Re—an early Bermuda reinsurer—with $23 million in capital. Newhouse’s astuteness was noticed by Marsh & McLennan brass, and he was recruited to work with Jack Regan, who was stepping in as chairman and CEO.

Newhouse served as Marsh & McLennan president from 1976 to 1988 and then as vice chairman and a member of the office of the chairman until he retired. Under Newhouse’s leadership, Marsh & McLennan greatly expanded its international reach, fueled by the acquisition of C.T. Bowring & Co., a Lloyd’s of London brokerage. Then, at the height of the liability crisis in the 1980s, Newhouse recognized another golden opportunity, and the company invested millions to create Bermuda-based excess liability facilities Ace Insurance and Excel (now XL Group).

Brian O’Hara, former chairman and CEO of XL, of which Newhouse was a founder, once said, “Bob is one of the smoothest, most able negotiators…I’ve ever met. He would always make you feel like you got the best of him when you knew it was the opposite.”

Newhouse also was instrumental in building Bermuda multiline insurers Axis, Mid Ocean and Alterra, along with others. He served on several boards and as a consultant with Stone Point Capital (a Marsh spin-off) and Alterra Holdings.

Newhouse married his childhood sweetheart, Patricia (Patti) Gilbertson, in 1945. They had three sons, six grandchildren and seven great-grandchildren. All three sons have worked in the industry over the years. Robert Newhouse III was chairman and CEO of Marsh Americas. Stephen Newhouse served as a director of Alterra Holding Co., and Brit Newhouse is currently chairman of Guy Carpenter. Along with several grandchildren, they are keeping the family legacy alive.