Oh, What a Beautiful Exit

Third-party runoff is undergoing a renaissance.
By Adrian Leonard Posted on October 30, 2020 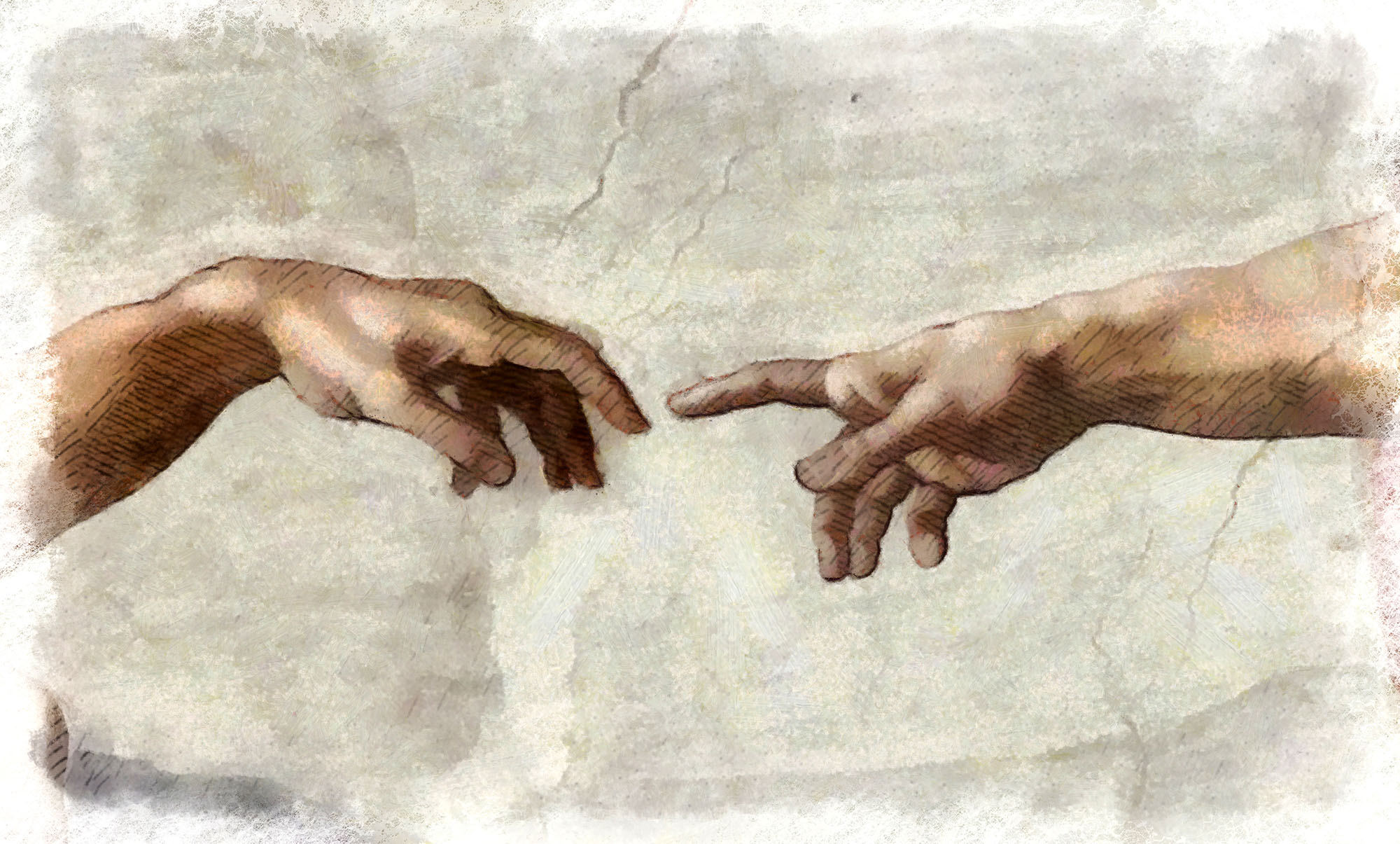 Insurance is a long game. I was once told a tale about a Lloyd’s syndicate which, in the 1980s, received an environmental damage claim from a Canadian railway company under a policy issued in the 1890s.

I doubt the original underwriter had considered the liability arising from petrochemical leakage into a nearby stream from the oil-soaked ties underpinning the rails, but it happened and the claim rolled in.

If only there were a way to get such long-tail liabilities off the books. Capital would be released, resources freed for more productive activities, and certainty achieved.

It’s possible, of course. Several routes to “finality” can be found off the dimly lit, insiders-only corridors of the insurance sector, behind a door labelled “Legacy Sector.” The solutions are offered by specialist risk carriers which together form the growing legacy market, which connects to the “live” market through equally specialist brokers. Like reinsurance, legacy is something of a trade secret, but awareness is growing as old policies become big business and the solutions toolbox expands.

Until this decade, the resort to third-party runoff was seen as a badge of failure. It happened only when a company went bust and some brave venturer took on its old-year liabilities in the hope of turning a profit by paying old claims without collecting new premiums. Enlisting an external runoff provider was anathema to healthy insurers that continued to underwrite new policies. They preferred to keep old-year liabilities on their books and run them off themselves, usually from a back-room office in the boonies full of outdated IT systems run from 5½-inch floppy disks and aging claims handlers who had been working the relevant closed book for decades.

All that has changed. Third-party runoff (as it’s still often called) is undergoing a renaissance, after overcoming its massive failure-linked image problem. Insurers and reinsurers—driven in part by the regulators’ universally rising capital adequacy requirements—are turning with increasing frequency to “legacy solutions” to release capital and eliminate the dead cost of running off extant coverage from years gone by. Legacy carriers like Enstar Group, Catalina Holdings, and R&Q are nowhere near household names, but with a client base spanning the market from Allianz to Zurich, their customers often are. Legacy market leaders have gargantuan balance sheets and stock-market listings, in-house lawyers and commutation deal-makers, actuaries, claims handlers, and investment managers. They even have a trade association.

Hardly a day passes now without a legacy story in the trade-press headlines. One of the most recent deals saw Riverstone, the legacy arm of billionaire Prem Watsa’s Canadian insurance platform Fairfax Group, assume all of the 2017 and prior year’s liabilities of Argo Group’s Lloyd’s business, ArgoGlobal. With the help of global reinsurance brokerage Willis Re, Argo handed over net reserves of about $464.3 million to meet future claims and said the deal would simplify operations, cut costs, and enable the business to redeploy capital to more profitable areas.

Despite the challenges, new legacy acquirers are forming (Marco Capital Holdings is the latest), new broking teams are gathering (BMS is the most recent to build one), and acquires are practically falling over each other to get their hands on almost any portfolio of old-year liabilities.

The Holy Grail of such transactions is “finality.” That’s achieved when the original insurer is left with no legal obligations to meet future claims under a policy it issued. One route to finality is to sell the company that issued the policies, which is sometimes expedient, especially if the insurer is a captive and the owner wants shot of the whole business. But a sale is less convenient when the insurer in question is solvent and wants to keep going or to shed only certain historical portfolio years or perhaps only specific classes of risk. Most of the common tools to offload such books of business, like loss portfolio transfers and adverse development covers, don’t deliver legal finality. A sale does.

But other methods have come online. In the U.K. (and, by extension, the rest of the European Union, at least until Brexit throws a spanner into the works) it has been possible for risk carriers to shift a book of business into another company by way of a mechanism introduced in 2000 called a Part 7 Transfer. This tool allows one company to, in effect, sell portfolios of insurance companies to another. A judge must approve, to ensure policyholders will not be disadvantaged. Prudence is the name of the game here, and so far, legacy companies have had it in spades. To date, not a single dedicated runoff company is thought to have gone bust.

Movement in the United States

The United States, with its regulating 50 monkeys, is beginning to come into line. Few conversations about legacy fail to mention Rhode Island, Oklahoma, Arizona and Vermont, the states which have adopted legislation which allows insurance business transfers.

Rhode Island got the ball rolling with its Regulation 68. It allows the transfer of some kinds of business under certain circumstances, provided policyholders don’t object. Oklahoma then went further. New rules in the Sooner State came into force in 2019 allowing a carrier to pass almost any book of property, casualty, or life business to another without policyholder approval and, thereby, get full legal finality in the bargain. As in Rhode Island, the ceding company doesn’t have to be an Oklahoma-licensed business.

As evidence of the Oklahoma edge, just after its Insurance Business Transfer Act came into effect last year, the state’s insurance commissioner approved the submission of a request for Providence Washington Insurance Co. of Rhode Island (ouch!) to Oklahoma. Even before that, the legacy giant Enstar bought Oklahoma-(re)domiciled Yosemite Insurance Company, no doubt with the intention of stuffing it full of old-year business acquired from its clients.

Given these advantages, Tulsa may soon loom much larger on the map of U.S. insurance centers, although the publication by NCOIL (the National Conference of Insurance Legislators) of a model act based on Oklahoma’s will help other states to follow suit. That could suffocate Oklahoma’s advantage before the infant leaves the crib as state legislators act to keep jobs within their electoral districts. That’s all well and good. U.S. insurers will benefit dramatically from multiple alternatives for the transfer of insurance portfolios with relative ease to achieve finality and release valuable capital.

Meanwhile, however, it has become much harder for portfolio acquirers to make a turn in the legacy sector. We’ve all heard about “social inflation,” the stultifying phenomenon of jury awards rising in value and gaining in frequency. When they hit old-year policies, that has to hurt. Worse, it has become almost impossible to make a decent return on investments without risking the family silver. The old business model—live off the income—will no longer work. That challenge will be made harder by furious competition between legacy providers. Any portfolio is typically shopped to multiple carriers, and price is a factor in selection. Those who went in low may eventually find the reserves they acquired won’t offset assumed liabilities.

I occasionally wonder how Warren Buffett is making out with the largest runoff deal ever: his acquisition of all the liabilities of Lloyd’s of London from 1992 and earlier. Under the market’s ambitious Reconstruction and Renewal plan in 1996, Lloyd’s shoveled all its old-year liabilities (rife with asbestos and environmental claims) into a runoff vehicle called Equitas. Buffett’s Berkshire Hathaway effectively bought Equitas in 2006 and provided $5.7 billion of extra reinsurance cover. A few years later, Lloyd’s names achieved finality under a Part 7 Transfer. Although the solvency of National Indemnity is clearly not in question, the federal funds rate was 4.97% in 2006. Today it is 0% to 0.25%.

Despite the challenges, new legacy acquirers are forming (Marco Capital Holdings is the latest), new broking teams are gathering (BMS is the most recent to build one), and acquires are practically falling over each other to get their hands on almost any portfolio of old-year liabilities. On the other side of the equation, carriers are seriously considering the capital-management benefits of handing policy runoff to others. Some pundits have even suggested that the entire industry should embrace annual insurance business transfers and focus entirely on the front end (which could be a terrific option for tech-driven new entrants). With the professional legacy providers truly coming of age, the long game of insurance now has just a short walk to the exit.