What another term for the Obama Administration means to brokers.
By Joel Wood Posted on January 29, 2013 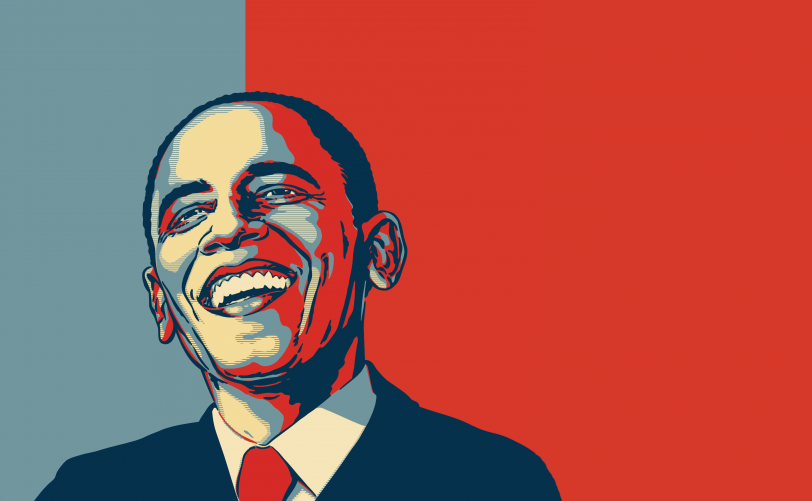 As The Council’s lobbyist, I careen between practicality and ideology on presidential and congressional politics, perhaps never so intensely as in the past three months. Two examples come to mind. The first came in a conversation at my church, only two days before the November election.

I was talking to a good friend, who was a mentor to my son a couple years ago. Her day job is chief of staff to an Obama Cabinet member, overseeing a staff of 150,000 employees. Needless to say, she had a lot riding on the election.

“You know,” she said, “we’re all sick of this and ready for it to be over with, but they’re both good men, and they both want to do the right thing, and the country’s going to be just fine no matter what.”

That felt right. Despite the nastiness of the campaign, and notwithstanding the Romney/Ryan sign in my front yard, my sense is that President Obama is a good guy. I’ve had only one small meeting with him, when he was a senator. There were just four of us in the room, and despite the dreadfully boring subject of surplus lines modernization, he could not have been friendlier.

The other example came in December, a month after the election. One of the execs of a Midwestern regional brokerage powerhouse sent me and
others a note.

“I’m still in shock,” he wrote. “Would someone please tell me that the last month was a bad joke?”

I agreed. Four more years seemed nightmarish to me. Mountains of debt on my kids’ backs. A healthcare reform law that does more damage than repair.

Ideological polarization more extreme than ever before. I sure didn’t feel like everything was going to work out.

But I’m a lobbyist. I must live with my cognitive dissonance. As the late Sen. Everett Dirksen, R-Ill., once said, “I am a man of principle, and one of my principles is flexibility.” With maximum flexibility in mind, let us contemplate how things are going to work out for the insurance industry in a second presidential term for Barack Obama.

When the president claimed “Obamacare” for himself at one of the debates, it no longer became a pejorative, although brokers still consider it so. Once the Supreme Court ruled on the constitutionality of the Affordable Care Act, many Americans remained hidden under their desks awaiting the election results. That didn’t upend Obamacare, either.

When the president claimed “Obamacare” for himself at one of the debates, it no longer became a pejorative, although brokers still consider it so.

It’s astonishing to me that so many Republicans continue to think that the ACA is going to fail. It may well fail, but there will be no return to the health insurance marketplace that predated its passage.

Only 18 states and the District of Columbia moved forward with plans to set up their own statewide health insurance exchanges ahead of a key December deadline. States can also choose to set up an exchange under a state-federal partnership, with a decision on that option due Feb. 15. If any state is undecided after that, the federal government will run that state’s exchange.

Most Republican governors decided to wash their hands of running an exchange or doing it in partnership with the feds, figuring the exchanges will be a hot mess. Further, they argue that they haven’t received enough guidance from the federal government about how the exchanges are supposed to work.

A handful of Republican governors, such as Butch Otter of Idaho, have taken a smarter approach. “There will be a health insurance exchange in Idaho,” Otter said in December. “The only question is who will build it. I cannot willingly surrender a role for my state in determining the impact on our own citizens and businesses.”

For good or ill, healthcare reform is President Obama’s signature legislative accomplishment, and he will never again enjoy the kind of legislative majority required to enact something on its scale. President Obama has his foot on the gas pedal. Indeed, implementation may be chaotic. Migration from employer plans to subsidized exchanges could well be much more brutal than most Democrats anticipate.

The promise that you can keep your insurance if you like it may be completely hollow. But the act is moving forward. Expect the Department of Health and Human Services to be extremely flexible on deadlines for exchange development but adamant on the implementation of exchanges effective January 1, 2014.

One of the more intriguing theories is that the large national health plans may actually like the dearth of state-based exchanges, favoring the simplicity of a single national exchange. That may or may not be the case, but this theory only plays out as the national health plans become more like deeply regulated public utilities.
The Affordable Care Act may have been enacted through the vilification of big health insurers, but it perversely will only grow the power of BUCA—Blues, United, Cigna, Aetna—and a handful of others.

The Affordable Care Act may have been enacted through the vilification of big health insurers, but it perversely will only grow their power.

There are, of course, unresolved broker- and employer-specific issues that abound in the corners of the ACA. How much will individual states rely on brokers for exchange services? How much will the feds? Beyond the retail and hospitality industries, how many clients will kick the tires of paying the penalties and sending workers to subsidized exchanges? How much sticker shock is there going to be from the guaranteed-issue and community-rating rules yet to come, especially as the individual and employer penalties bear no similarity to the actual cost of insurance?

Newly retired Rep. Barney Frank, D-Mass., had a moment of candor during the debate over Obamacare, saying Congress should pass it because it would lead to single-payer, British-style healthcare. In fairness, the overwhelming majority of his Democratic colleagues who supported the legislation don’t believe that. We won’t find out who’s right in 2013. But by the end of President Obama’s second term, we’ll have a really good idea.

This feels like the movie “Groundhog Day.” Three times since 9/11, the commercial insurance industry has turned to Congress for authorization and reauthorization of the Terrorism Risk Insurance Act, which assures a marketplace for private terrorism coverage through a federal reinsurance backstop. The act is set to expire again at the end of 2014. With insurance, certainty is paramount. Clients need to know whether that backstop is going to be there for them.

When Obama was a senator from Illinois, he was supportive of TRIA and sensitive to his state’s huge insurance industry. As president, two of his proposed budgets would have had the effect of cancelling the program—but this is misleading. Because of arcane budgetary scoring rules, TRIA “costs” the government money (on paper) every year, even when there is no triggering event. Eliminating the “subsidy” helped the Obama budget look a little better, but wasn’t necessarily a shift in policy. (Only in Washington and in the looking glass can this happen.) The Bush administration likewise was indifferent in its final two years to unlimited extension of the program. Look at it this way. President Obama was for it before he was against it, but we hope he’s for it again. And I think he will be.

Because of arcane budgetary scoring rules, TRIA “costs” the government money (on paper) every year, even when there is no triggering event.

Meanwhile, the congressional leadership deck on TRIA has also been shuffled. The new chairman of the House Financial Services Committee, Rep. Jeb Hensarling, R-Texas, has been openly skeptical about the need for the TRIA backstop, figuring there’s no way to tell if the private marketplace can fully handle terrorism risk until the government gets out. That said, Hensarling is a skillful legislator who listens to his colleagues, and he’s a lot more pragmatic than some give him credit for.

In past iterations of TRIA, Sen. Chris Dodd, D-Conn. (often called “the Senator from Insurance”), was deeply committed to extending the program. Dodd is retired, and the current chairman of the Senate Banking Committee is Tim Johnson, D-S.D, who has always been supportive of the program.

TRIA has enabled insurers to make coverage available, most importantly in the commercial real estate market. The program is designed so that insurers (not taxpayers) are the ones who will pay the cost of terrorism acts through a recoupment mechanism. Only an incident of at least $100 million of insured losses would trigger the program, and individual insurers would have a high deductible before accessing the backstop. Given the political challenges, the industry will have to drive home the point far more forcefully that, with the recoupment provisions of the law, taxpayers are assured they’re not going to get stuck.

The Dodd-Frank Act was notable for its slim insurance provisions that did three basic things: It enacted limited reinsurance regulatory reforms; reformed surplus lines laws (only one set of rules for multistate placements); and created the Federal Insurance Office. The Obama administration chose just the right person for the director—former Illinois Insurance Director Mike McRaith.

The FIO was controversial for the same reasons that an optional federal charter and the McCarran-Ferguson Act have always been contentious. Even though the FIO director has virtually no authority to preempt state laws, the office is vested with authority to speak for the insurance industry internationally, and it is a bully pulpit for regulatory modernization among the states.

Under its statutory mandate, the FIO was to have made a report to Congress on the state of insurance regulation by Feb. 1, 2012. McRaith dutifully wrote his report, but higher-ups at Treasury, for whatever reasons, declined to release it all year long. There are numerous conspiracy theories within the industry for why that is the case, but in reality the Obama administration isn’t much different than its predecessors. They aren’t used to dealing with insurance regulatory issues that have almost always been the purview of the individual jurisdictions.

McRaith, a cautious, consensus-building lawyer by nature, is willing to break a little glass in his commentary about the inability of the states to act harmoniously, and perhaps this hasn’t gone over so well with the brass at Treasury and the White House. Even now, there is speculation that the report won’t be issued until after the confirmation of the next Treasury Secretary to replace Tim Geithner.

We are not losing much sleep about the issuance of a report. As executive branch edicts are concerned, this is more of a white paper. What we can and do expect is for McRaith to quietly, steadily, and professionally exert himself as a preeminent voice for the American insurance industry internationally. Even though his job is professional civil service and not political, his presence is a reason to cheer a second Obama term. We just would like to see him given more running room.

If only they could all be flexible.