Quantifying the risk and addressing the realities of a no-carbon approach are daunting on their own, but together?
By Adrian Leonard Posted on March 31, 2021 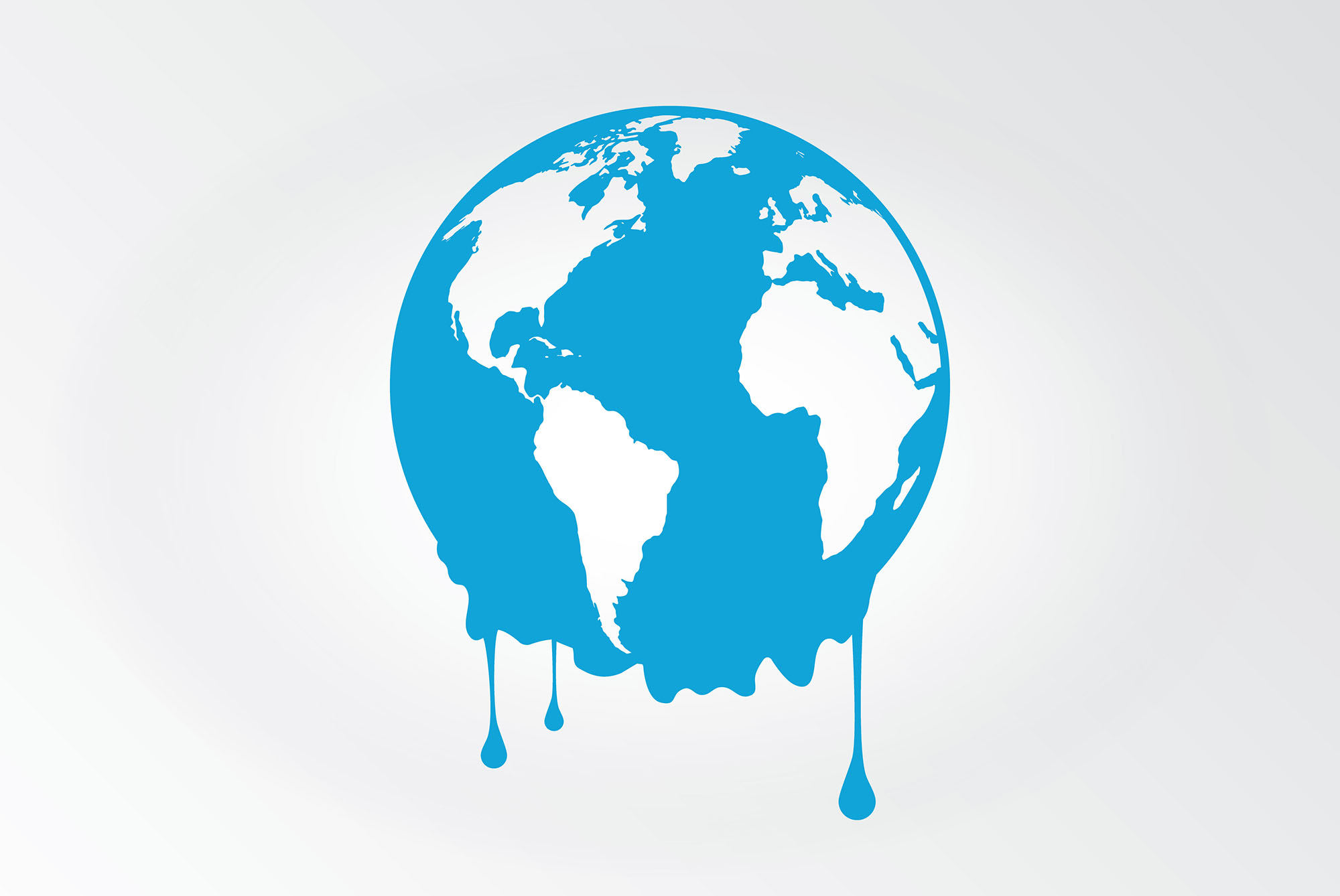 In January he launched his Terra Carta, or Earth Charter, which he says “offers the basis of a recovery plan that puts Nature, People and Planet at the heart of global value creation” and “sustainability at the heart of the private sector.” Even the most cursory scan reveals the insurance sector’s huge role, but only one brokerage, two risk carriers, and one big sector investor have signed up so far.

Perhaps insurers haven’t rushed to scratch the prince’s big green slip because they’re suffering climate-initiative fatigue. Only electronic trading has been talked about longer with fewer results per word. True, the big reinsurers are some of the global leaders in climate change research, but despite all the talk and analysis, the industry has achieved relatively little in its efforts to advance the Windsor agenda. Why? Insurers face an almost impossible two-part climate-change challenge.

It cannot be said they’re not trying. In January, the Association of British Insurers formed a new board-level climate change committee to “co-ordinate and drive collective focus on climate change and sustainability.” In the same month, the International Underwriting Association of London announced the formation of a Climate Risk Committee, which will “work with regulators as the industry’s supervisory framework in this area is developed.” In February the Geneva Association, a quasi-academic club of European re/insurers, announced it had “mobilized” 17 large carriers as a task force “to develop and hone climate risk assessment methodologies and tools for the insurance industry.”

Perhaps insurers haven’t rushed to scratch the prince’s big green slip because they’re suffering climate-initiative fatigue. Only electronic trading has been talked about longer with fewer results per word.

Insurers have been setting up laudable climate-change talking-shops for years. An early one was Cambridge-backed think tank ClimateWise, a self-described “global network of leading insurers, reinsurers, brokers and industry service providers.” It has prominent and sincere leaders from the heart of the insurance sector and is focused on reporting, research and something called “convening.” But after almost a decade, doing has fallen foul of the insurers’ dual challenge. ClimateWise members’ 2020 self-assessment “average score” in areas including investment and underwriting strategy, stress tests, and risk management frameworks had risen a respectable 10 points—but to only 65%. Big ticks were awarded in green investment, but green underwriting is something the market is still working on.

Action on that front should probably not be expected from insurers. It might not even be desirable. First, any commitment to greener underwriting practice has the serious potential to frustrate both sides of a carrier’s balance sheet, a worrying proposition despite the fragile market recovery. Add the danger of imperiling already-tiny investment returns to the risk of alienating important clients, and it’s a triple threat. The potential reward, in contrast, must seem little more than a PR win (the immeasurable benefit of maintaining the planetary systems which sustain life notwithstanding).

That said, a comms victory is a real win when climate protesters are prancing about in front of your HQ. In response to such well meaning tactics, several international carriers have agreed they will cease to insure new thermal coal mine operations. I’d like to express my doubts, here and now, over the dubious big-picture wisdom of such moves, while highlighting the second element of the insurers’ climate-change challenge Part 1.

As long as humans burn coal voraciously, it will be mined. It’s surely best that the mining ventures (and by extension the miners) are insured adequately by respectable, well capitalized underwriters and brokers. The alternatives are bad insurance or, worse, none at all.

Lloyd’s first “ESG Report” states five times that managing agencies (Lloyd’s insurance companies) will be asked to phase out their existing thermal coal insurance by 2030. Unsurprisingly, though, the December report does not mention cover for airlines and airports, cars, road haulage, cattle farms, fines for breaches of environmental regulations, etc., etc. Why? It is simply inconceivable that Lloyd’s and the wider global insurance market would cease to insure these and other un-green industries and risks. To do so would be to force carbon industries—whilst still meeting global demand—to have bad insurance or none. That clearly won’t help the planet, but refusing coverage to carbon risks is one of the few business levers that insurers have to pull. They’re left with little else in the way of effective possible climate-positive actions.

Meanwhile insurers face what must seem—in terms of urgency, at least—an even more pressing climate-change challenge. As the world’s chief commercial repository of risk information, everyone wants insurers to quantify climate risk. No one needs those numbers more than insurers themselves, which face claims-induced penury if they get it wrong. Unfortunately the challenge is almost impossible to meet.

Our sector is better than any other at quantifying the risk posed by natural perils. Yet we have achieved only a sketchy mastery over hurricane, typhoon, and earthquake risk. We’re getting better on flood, improving on hail and tsunami, had a stab at wildfire, and we’ve now at least heard of derechos (if not the mesoscale convective systems which drive them). For all these perils, a gigantic caveat applies: the industry’s knowledge is limited to countries with high insurance penetration.

I say “sketchy mastery” because each step forward in our knowledge is accompanied by backward movement, because perils are mutable. I was recently taught the word “non-stationarity” by Jon Gascoigne, lead risk finance specialist at the Centre for Disaster Protection (former analytics guru at Willis). Catastrophe models are based on slices of historical information, he explained. Even though we all know that the past does not always provide a good indication of the future, insurers need some kind of baseline for risk assessments. Probabilistic modeling is the best we’ve got.

Climate change is a headache-inducing spanner in the works of this already-flawed system. Non-stationarity means that “what used to be normal is not normal anymore. It means that our climate system can no longer be considered stationary,” said Sarah Tessendorf from the National Center for Atmospheric Research. That means our baseline numbers are always wrong, because the averages change constantly. To add to the challenge, the world of catastrophe modeling hasn’t, in general, been great about considering climate change, for clear commercial reasons: “What business is concerned about 100 years’ time?” Gascoigne asked rhetorically.

Further, it’s really difficult to isolate the impact of the climate’s non-stationarity. The big reinsurers produce charts of events and industry losses that stretch back 50 years, and the numbers travel up relentlessly, even when normalized for inflation. Is that because more people have more stuff? Because stuff is more expensive? Because vulnerability is greater, perhaps because buildings aren’t quite as good as they used to be, or more people’s stuff is closer to the sea? It is extraordinarily difficult to dissemble a climate-driven increase in natural hazard from those other drivers of rising losses, Gascoigne admitted.

Yet surely a climate change impact is there to be discerned (if not measured), as Fitch Ratings recently declared. “Climate change and global warming have been an important factor leading to this increase in [loss event] frequency as more extreme weather conditions have caused more floods, wildfires, and convective storms,” the agency stated recently, noting that both the number and severity of natural disasters are expected to increase further. “The key challenge is to avoid underestimating future claims developments, as historical data are not reliable when it comes to nat cat risk.”

Fitch mentions only one of insurers’ climate-change challenges, but it’s easy to reiterate both: they cannot adequately quantify climate risk, and they cannot sensibly stop insuring carbon industries. Solving them is much more difficult. I certainly don’t have answers. No wonder insurers are suffering climate-initiative fatigue.