Insurance–but Not as We Know It

There’s an explosion of parametric insurance, which is triggered by unbiased measurements.
By Adrian Leonard Posted on July 19, 2022 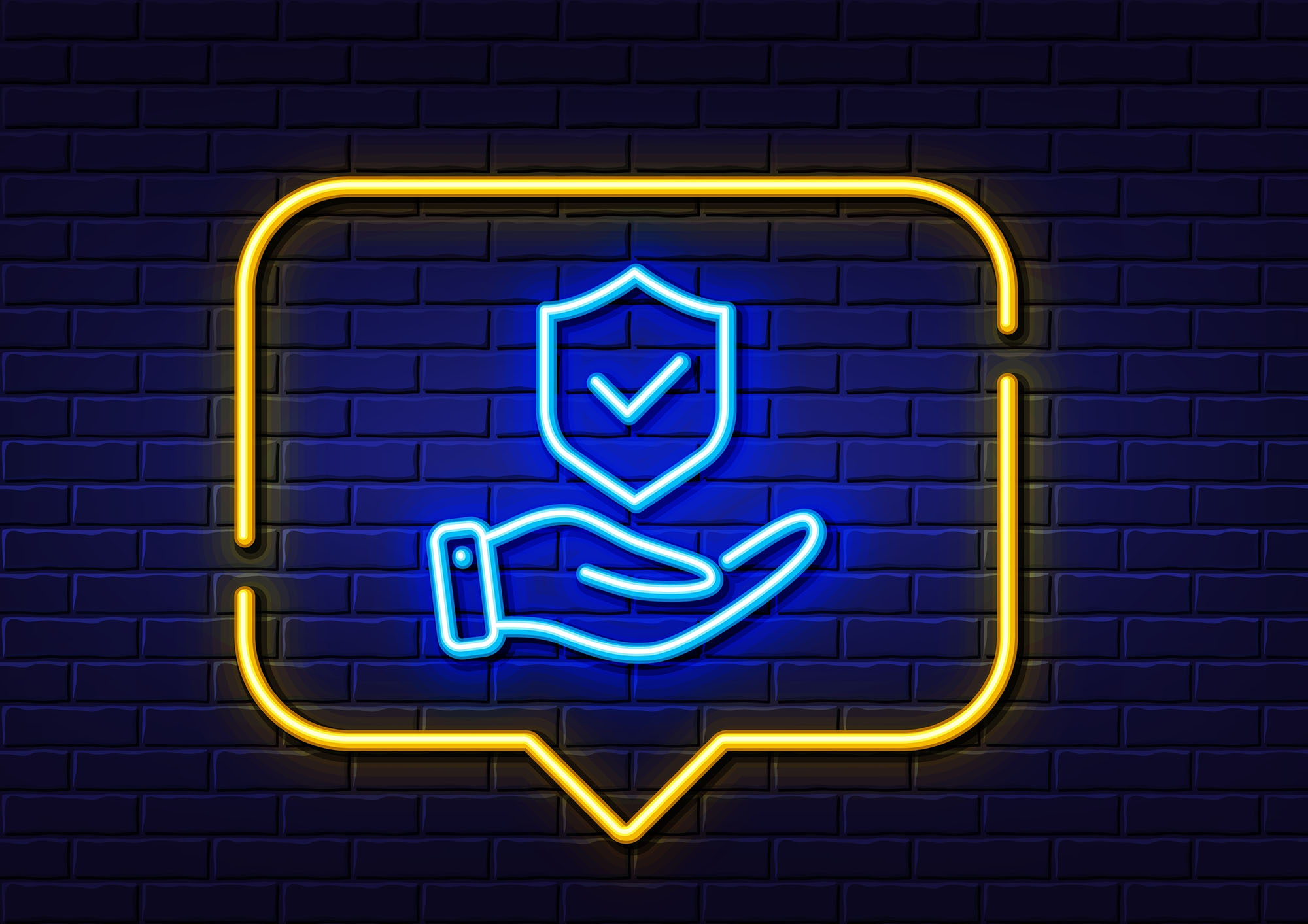 Parametric insurance is all the rage. Instead of refunding the actual, adjusted, measured, genuine loss suffered by a policyholder due to an insured peril, policies with a “parametric trigger” pay out a specified sum when a certain, very specific event occurs (the parameter).

Parametrics make fraud nearly impossible and render adjusting obsolete. Claims can be paid almost instantly since they simply require confirmation, usually by a third party, that a parameter event has occurred.

That’s it: if organization A says event B happened, insurer C will pay $D to policyholder E. Fans say parametric protection is a great idea whose time has come. It will bring about an insurance-sector revolution. Indeed, its benefits are many and proven. But is it insurance?

Parametrics are not new. One of the earliest types triggered marine reinsurance coverage. “Tonner” policies paid out when the global gross tonnage of ships lost during the year exceeded a given threshold. Aviation tonners were similar. They suffered just one shortfall: the reinsured could collect an indemnity without possessing an insurable interest in the loss. In other words, you could buy tonners without having paid any relevant claims. You didn’t even need a marine risk on your books, giving tonners the whiff of gambling (which prompted the formation of New Lloyd’s—our Lloyd’s—in 1769).

Tonners were duly banned by Lloyd’s since they are not insurance; in almost every jurisdiction in the world, the law sensibly demands that policyholders possess an “insurable interest” in the thing they’re insuring. That prevents people from insuring other people’s stuff, then burning, sinking, stealing or exploding it.

Parametrics began to make a comeback about eight years ago in the arena of catastrophe reinsurance, where the parameters are natural events. A payout could be triggered when a specific wind speed is reached at a stated weather station for a particular duration or when rainfall accumulates in excess of a certain amount during a set period. Initially such weather-linked triggers were used only for reinsurance or retrocession products bought by industry insiders from the capital markets. They remain particularly popular with catastrophe-bond issuers and investors because of their black-and-whiteness. Deployment is on the rise. A typical trigger may link measured wind speeds to the share of limit paid, so a very stiff breeze may trigger a quarter of limit, but a rollicking hurricane would deplete the protection completely. Parametric insurance-linked securities (ILS) also eliminates the “trapped capital” problem confronted when investors have to leave their money in trust—potentially for years—while the losses are totted up.

Mostly, parametric contracts require the insured or reinsured to produce proof of loss. If they do not, they are derivatives, not insurance contracts.

In this respect, weather-linked parametrics have a distinct advantage over industry loss warranties, a breed of index-triggered parametrics which are like tonners. ILWs pay out when the total global insured loss arising from an event exceeds a certain threshold. Trouble is, the industry often needs rather a lot of time to figure out how much it has lost.

There’s another hitch. A parametric policy will pay even when no actual loss happens. A hurricane with a windspeed of a gazillion making landfall in Florida but causing no property damage would trigger a payout, but that doesn’t seem right. It takes us back to the insurable interest problem.

Never mind all that. Today, parametrics are being sold directly to corporate insurance buyers. We’re experiencing an explosion of cover based on unbiased measurements that trigger fixed payments. The blast is due, in part at least, to the rise of insurtech, since binary triggers suit binary systems.

A piece of research by InsTech London called “Parametric Insurance in 2022: the 150+ Companies to Watch” says it all in its enumerative title. It estimates parametric-triggered policies could now be worth gross premium of up to $1 billion. That’s paltry in a world where non-life premium was $3.5 trillion in 2021. But more than half of the 155 companies InsTech surveyed are growing at 15%+ per year, enviable by any standard. They’ve raised $250 million since January.

One of them is Descartes Underwriting, which raised $120 million in January. The insurtech focuses on risks related to climate change and offers catastrophe cover for corporates, especially in agriculture, forestry and energy. Another is Skyline Partners, which enjoyed a splash recently when the venerable Munich Re backed its new weather product, alongside the growing brokerage Howden. The cover protects a Jamaican credit union against default by farmer micro-borrowers who default following a hurricane.

But Skyline, like others, is looking well beyond weather-related triggers. An index can be constructed for almost anything that fluctuates, and a parametric-triggered insurance product can be structured around it. Skyline offers an “active assailant” policy, for example. According to Skyline, “Conceptually the idea remains simple: if a violent event, shooting or stabbing, occurs within an insured area, the policy pays out a pre-agreed limit almost immediately after the event is published by the Police Department. The funds can be used by the policyholder as they see fit and can cover lost revenue, loss of future footfall, loss of attraction, injury costs or legal costs, or any other cost or loss of income due to the violent event within their vicinity.”

Another example is the “cloud downtime” insurance offered by Parametrix, an insurtech incubated at Lloyd’s Lab. The cover—also distributed by Howden—pays when the cloud, that nebulous place where all the world’s data is stored, is inaccessible for the time detailed in the policy. Companies which rely on connectivity have bought the policy, and claims have been paid. In both examples, another odd difference in parametric cover is exposed: the insurer, rather than the insured, makes the notification. Skyline even declares: “We notify you that a claim can be made under the policy.” In practice, the greatest value parametric insurtechs like Descartes, Skyline, and Parametrix bring to the table is in index design, product structuring, and trigger monitoring.

Regulators, as usual, are behind the market, but they will catch up. When they do, parametrics that are genuine insurance contracts will begin to make a profound impact on the way insurance is done.

But is it insurance? Mostly, parametric contracts require the insured or reinsured to produce proof of loss. If they do not, they are derivatives, not insurance contracts. In trades between sophisticated buyers, the nature of the contract—insurance or simply a financial gamble against an index—is immaterial and often remains undecided until late in the game. For corporate buyers, however, parametrics may be one or the other, although they are very likely to be called insurance either way.

Derivative contracts can be hazardous. U.K. banks suffered a huge recent scandal for selling toxic interest rate and currency derivatives swaps—always described as insurance—to small-business borrowers. Mortgage derivatives brought down the global economy in 2007. So far parametrics are nowhere near the scale of either, but the others were once small potatoes too. Parametric triggers are a great idea with enormous potential, but care must be taken to ensure that they remain insurance products and do not become another speculative plaything for financial gamblers or a hidden pitfall that traps hapless innocents. Regulators, as usual, are behind the market, but they will catch up. When they do, parametrics that are genuine insurance contracts will begin to make a profound impact on the way insurance is done.