Free at last? Only if you empower us to make it so.
By Scott Sinder Posted on July 1, 2011 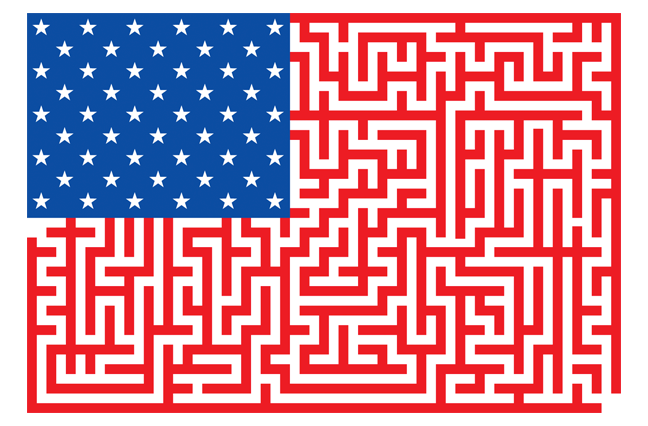 We had a dream. A dream of streamlined compliance with surplus lines placement requirements.  A dream that we need only comply with a single set of rules for a single surplus lines transaction and not the laws of each state in which some portion of the insured’s risk might be located. A dream that our clients would be able to access these vital markets without cutting through endless mounds of proverbial red tape. Are we now, as promised, free at last, free at last, free at last?

Almost. July 21st marks our own industry independence day as we will celebrate liberation from onerous and duplicative state-by-state regulation of multi-state surplus lines placements.  Henceforth, you should need to comply only with a single set of regulations for any single surplus lines transaction:  those of the “home state” in which the insured is principally located.  Emphasis on the “should.” What stands in our way?

As I hope we have succeeded in making you aware, the “Nonadmitted and Reinsurance Reform Act of 2010” (the “NRRA”), enacted last year as part of the Dodd-Frank Wall Street Reform and Consumer Protection Act, includes a set of provisions championed by The Council that are designed to streamline and rationalize the states’ regulation of the placement of surplus and excess lines insurance products.

The primary requirement imposed under the legislation is that any single surplus lines transaction would be subject to only a single set of state regulations—those of an insured’s “home state,” which for commercial insureds is the state in which the insured maintains its “principal place of business.”  This includes the ability to collect taxes on the transaction.

The single-state regulatory and taxation authority and the majority of the other new Dodd-Frank constraints on the states’ regulation of the surplus lines market become effective on our surplus lines independence day: July 21, 2011.  If properly effectuated, these Dodd-Frank NRRA regulatory reforms should lead to tremendous compliance cost reductions for insureds and brokers, and a corresponding expansion in the demand for surplus and excess lines products.
It sounds simple enough, doesn’t it? There is, of course, some nuance.  Some States are, for example, attempting to develop regimes through which they can allocate tax revenue amongst themselves; there are questions as to how the “home state” is defined; etc. At a more fundamental level, however, there is growing concern that the states will simply not abide by the new federal mandate; that the regulators will not limit the application of their compliance rules and filing requirements as required.

What can we do to ensure that the Non-Admitted and Reinsurance Reform Act achieves its statutory promise of a simplified surplus lines compliance world? And what part can you play to help us help you?

In essence, The Council intends to deploy a two-part strategy—educate and, only if necessary, litigate.

On the education side, the goal is to ensure that everyone understands and appreciates how the laws of the various states will apply after July 21st. There appears to be at least some confusion regarding what the federal law actually requires and how those requirements can be effectuated if they conflict with prevailing state law requirements. The Council has completed a formal legal survey of the prevailing state law requirements and analyzed how those requirements will apply under the NRRA “home state” rule constraints after July 21st. By the time this column is published, we will have distributed that survey to you and written to the insurance regulators in each state outlining our views regarding how their laws will apply after July 21st; informing them that we intend to educate you on our compliance views; and inviting them to let us know if they have divergent views.

We expect that most if not all state regulators will abide by the new federally mandated NRRA surplus lines compliance regime. But what if they don’t? What if an insurance regulator believes he or she must abide by state laws that go beyond the constrictions of the federal requirements?  What if an insurance regulator simply decides to ignore those requirements? How can the NRRA preemption mandates be enforced?

There is only one available enforcement mechanism under the statute: preemption litigation. If a state cannot or will not abide by the new federal requirements, the only path is to ask a court to order it do so. We in the insurance industry are oddly situated. The NRRA is clear that only the laws of the “home state” may apply and the United States Constitution dictates that the federal restriction overrides any conflicting state requirements. This doctrine, fully embraced by our Constitution, is called preemption. The only problem with preemptive regimes is that the courts are charged with enforcing them.

On the one hand, our sector probably accounts for the expenditure of more litigation-related dollars than any other sector of the economy. At the same time, our industry has historically been reluctant to challenge our regulators in a litigation setting even though other regulated sectors routinely seek protection from the courts when they believe their regulators are over-reaching.

As you may remember from our challenges to the countersignature laws, The Council has not followed this path and is not afraid to oppose antiquated regulatory regimes that prevent the efficient and effective conduct of business even if such a challenge requires resort to the courts.  This was the reason why we filed federal court challenges to the countersignature laws and this was the same reason we pursued changes to the archaic and byzantine system of regulation and taxation for surplus lines. Having finally achieved our hard-fought goal, we do not intend to see the purposes of the law frustrated. We will continue the fight to see that the law is implemented as Congress intended but we will need your help to do so. We stand at the ready and we look forward to the moment when we can unabashedly proclaim—without caveat—that we are, indeed, free at last, free at last, free at last.